Residents in a Toronto neighbourhood have resorted to sleeping in closets and plugging their ears to get peace from the near-constant construction noise from a Metrolinx project.

The Davenport Diamond project is a Metrolinx  project to build an elevated rail bridge, called a guideway, over existing CP Rail tracks through the Junction Triangle to help with its plan to ease congestion and increase service on the Barrie GO line. 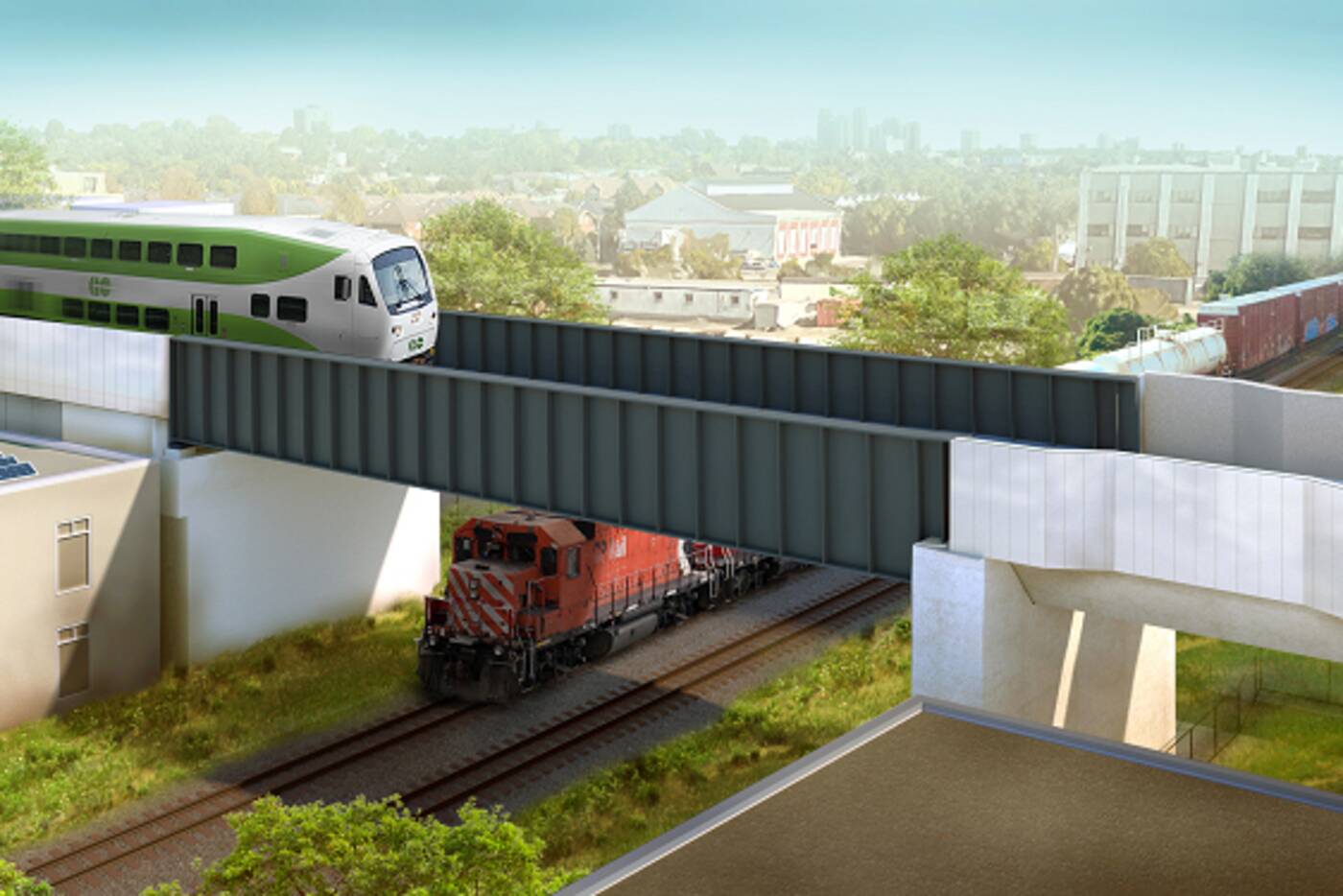 Metrolinx is building a guideway over existing CP Rail tracks in the Junction Triangle. Rendering via Metrolinx

There's been construction and caisson drilling in the area just south of Dupont near Lansdowne since February. It is scheduled to continue until July.

As the provincial government extended construction hours for essential projects back in April 2020 due to COVID-19, the work is permitted to continue until 3 a.m.

The drilling noise, in particular, has been very loud for those living near the tracks, making it difficult to get a good night's sleep.

"It has been pretty brutal," area resident Maria Costa told blogTO. "It was 20 hours a day, it was hard. At a certain point, I learned how to stuff my ears."

She slept in her den to get away from the noise, and she found it difficult to work as she, like many people, is working from home these days.

"After seven days of it, I just couldn't function very well," Costa said. 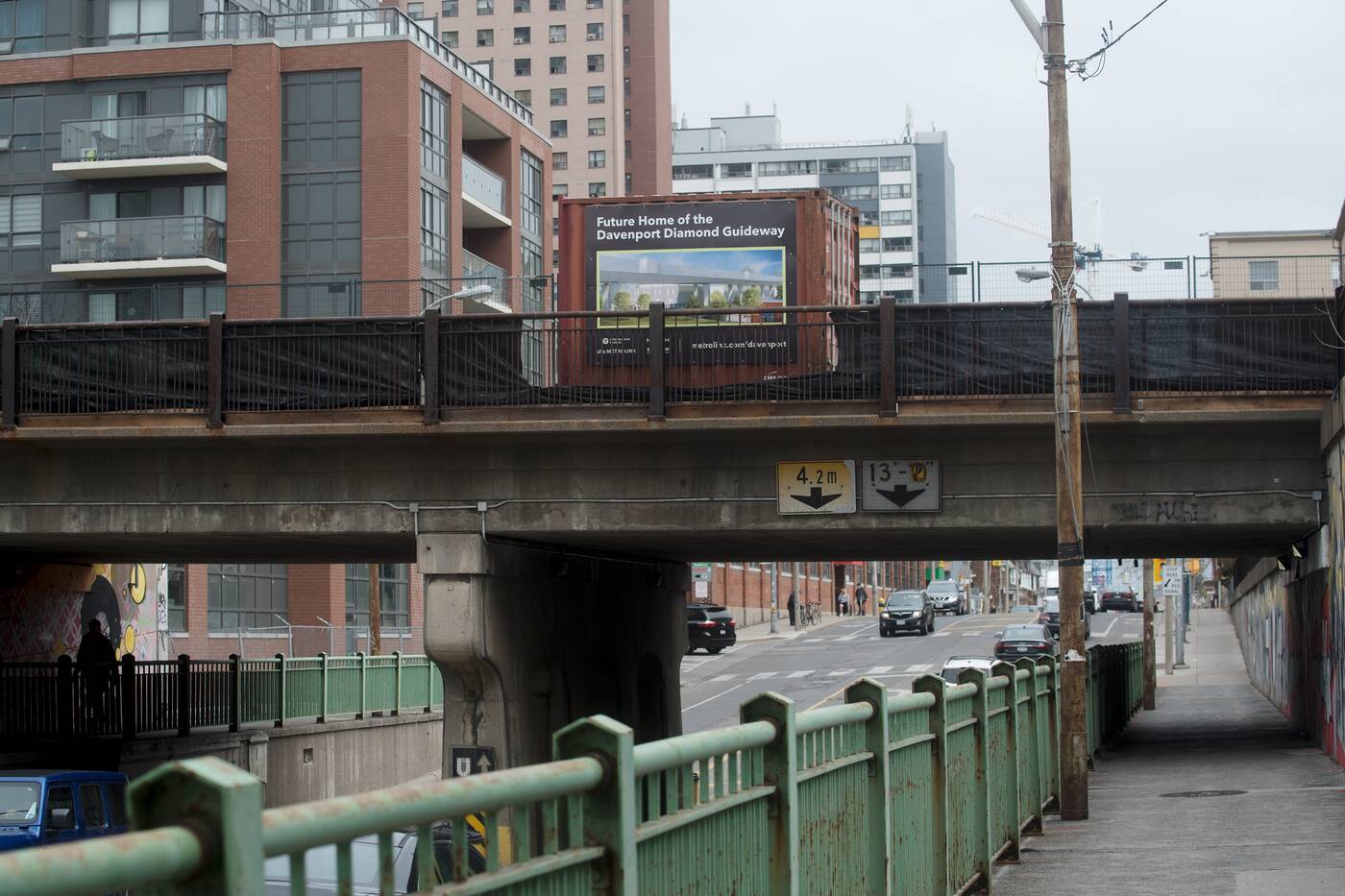 The Davenport Diamond Guideway, seen here at Dupont, will run through the Junction Triangle. Photo by Karen Longwell.

Costa wasn't the only one, many people complained, according to Davenport MPP Marit Stiles.

Residents called the noise "unbearable," with some residents even sleeping in closets to get away from it, Stiles said in a letter to the Minister of Transportation in March.

After consulting with Metrolinx earlier this month, they agreed to halt overnight drilling until April 18. A contractor will also install new exhaust silencers on heavy machinery, Metrolinx told blogTO.

"We think these devices will help reduce noise levels even further and we will monitor their success and get feedback from nearby residents about their use throughout the project," Metrolinx said.

They are also prohibiting the idling of non-essential equipment and installing white-noise backup alarms on trucks instead of the standard beeping.

But Stiles feels this isn't enough for the residents and she helped launch a petition to ask Metrolinx to stop the overnight work completely.

This would be welcome news for people like Costa who is just trying to get a good night's sleep.