This Toronto hospital used to have a farm for tuberculosis patients

A Toronto man recently rediscovered the remnants of a long-forgotten part of the city's history — a farm attached to a hospital.

John Maniezzo is a history buff who collects photos and information about many Toronto neighbourhoods on his Facebook page Toronto Old Districts.

Recently, he heard about a farm affiliated with a Toronto hospital near the Humber River in the Mount Dennis community and wanted to learn more.

"They had pigs and chickens and they grew their own vegetables for the patients," Maniezzo told blogTO. 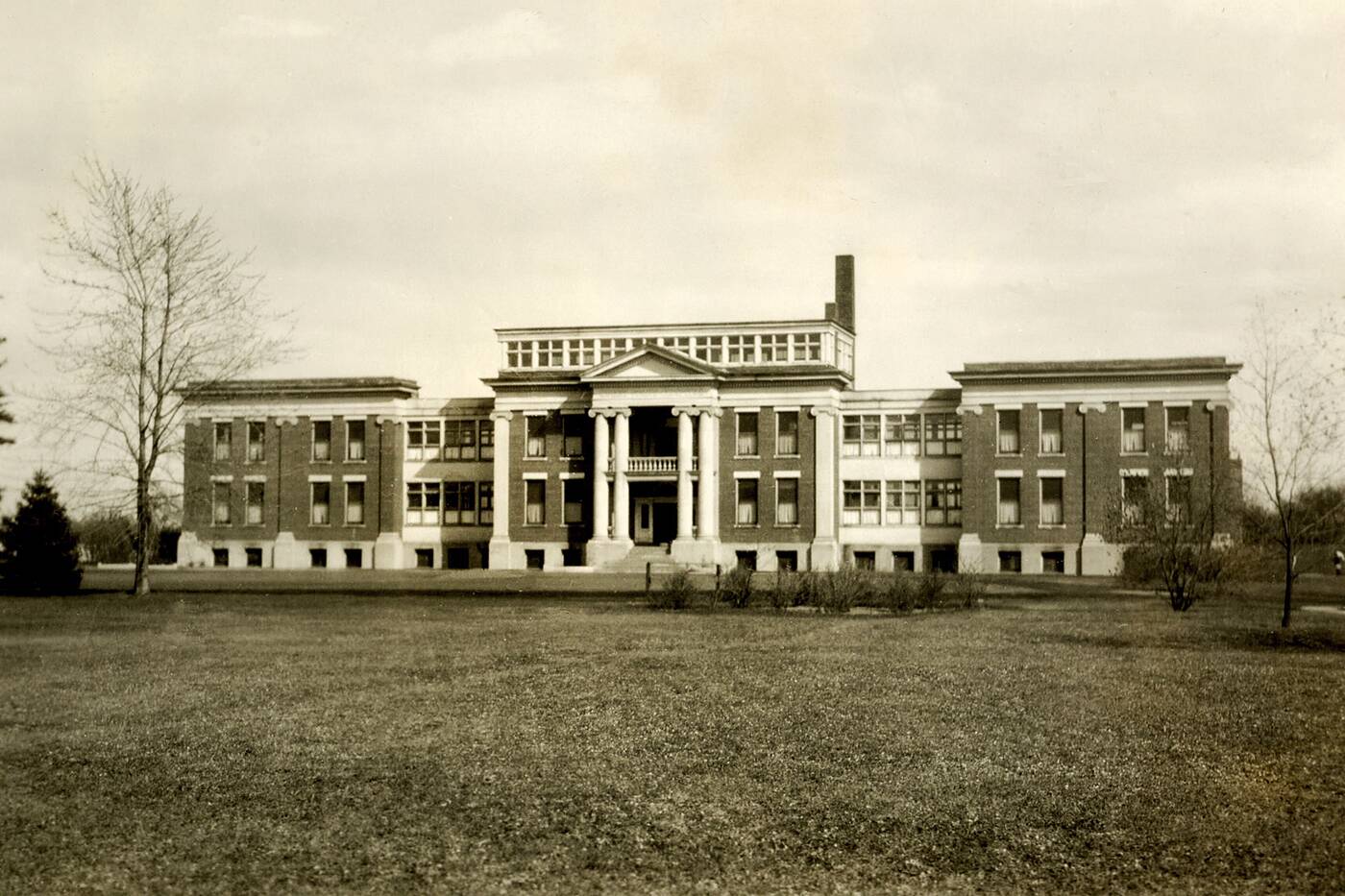 The Toronto Free Hospital for Consumptives, seen in 1930, was built in 1904 for people with tuberculosis.  Photo via Toronto Public Library

The Toronto Free Hospital for Consumptives is now West Park Healthcare Centre, but back in 1904, the hospital was built for people with tuberculosis (TB) then known as the White Plague.

The hospital was funded by Brampton-born businessman William Gage who was passionate about helping people with TB, according to the National Sanitarium Association. 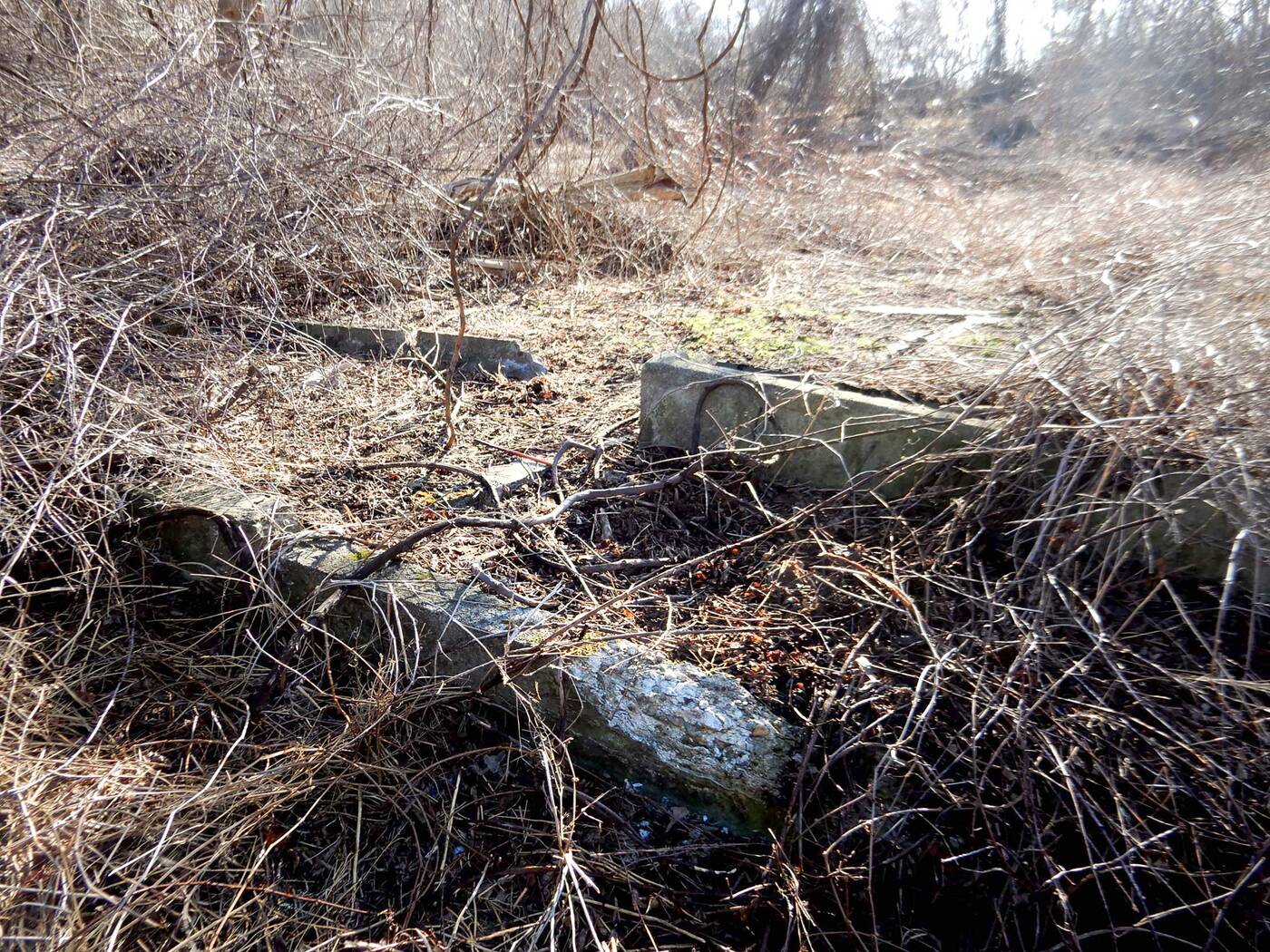 All that is left of the farm at the Toronto Free Hospital for Consumptives is a few pig troughs and other structures.  Photo courtesy of John Maniezzo

Gage tried several times to get a hospital built, but, in an early form of NIMBYism (Not In My Backyard), his proposals for High Park and Bathurst and Wychwood were met with opposition from residents. Many falsely believed that TB was a disease of the poor.

Finally, Gage bought the Buttonwood Farm and established the Toronto Free Hospital for the Consumptive Poor on 40 acres on the Humber River. 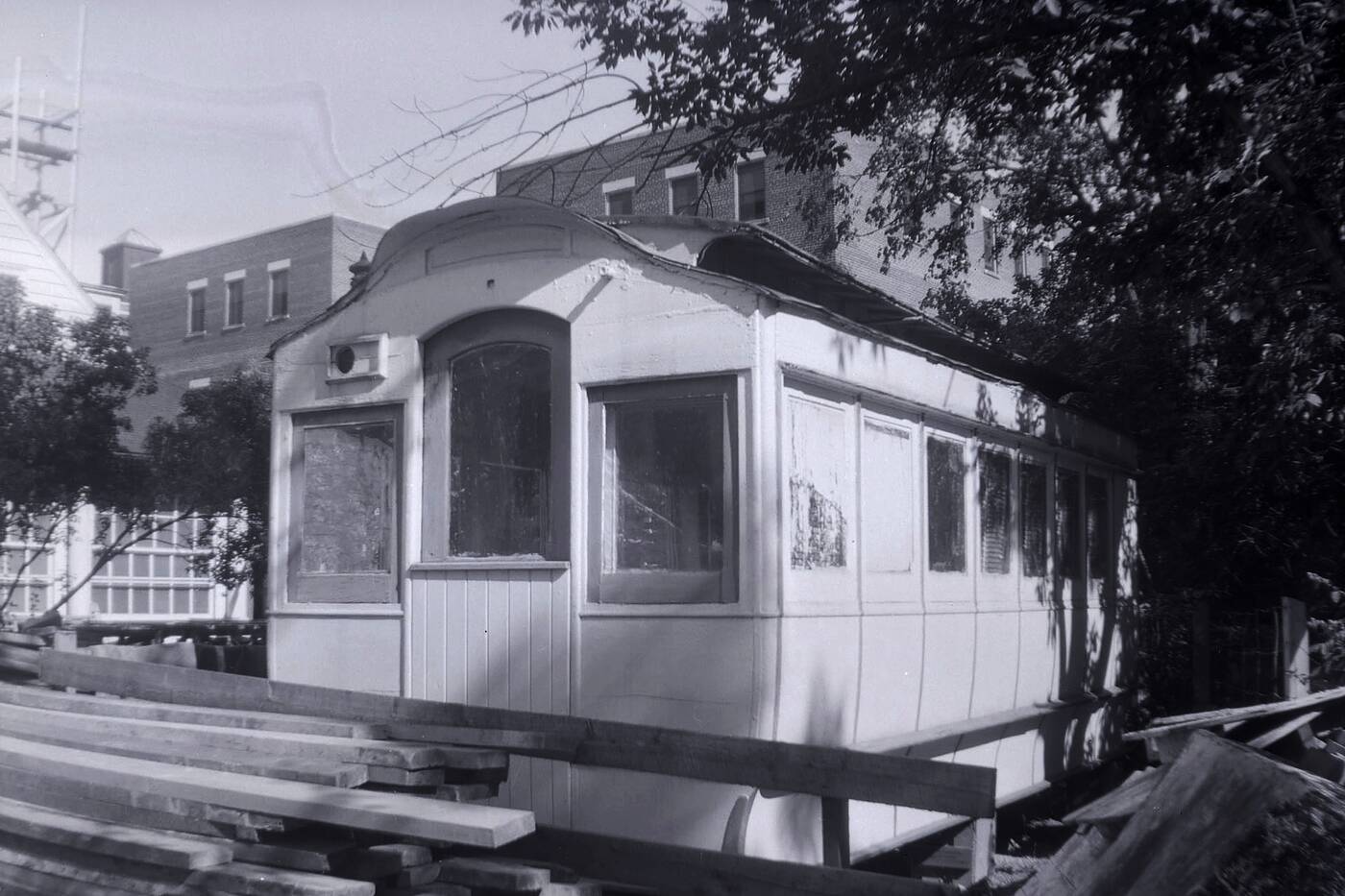 Old streetcars were used at the hospital to house patients. Photo via Toronto Public Library

In 1918, Gage was knighted for his dedication to TB, according to the Toronto Library.

A 1910 article in the Lancet describes how patients took on tasks in the vegetable garden and had "fresh-air" treatment.

The sanatarium set up a piggery and chicken operation with 1,000 hens and 50 pigs, according to a Jane's Walk in 2016. 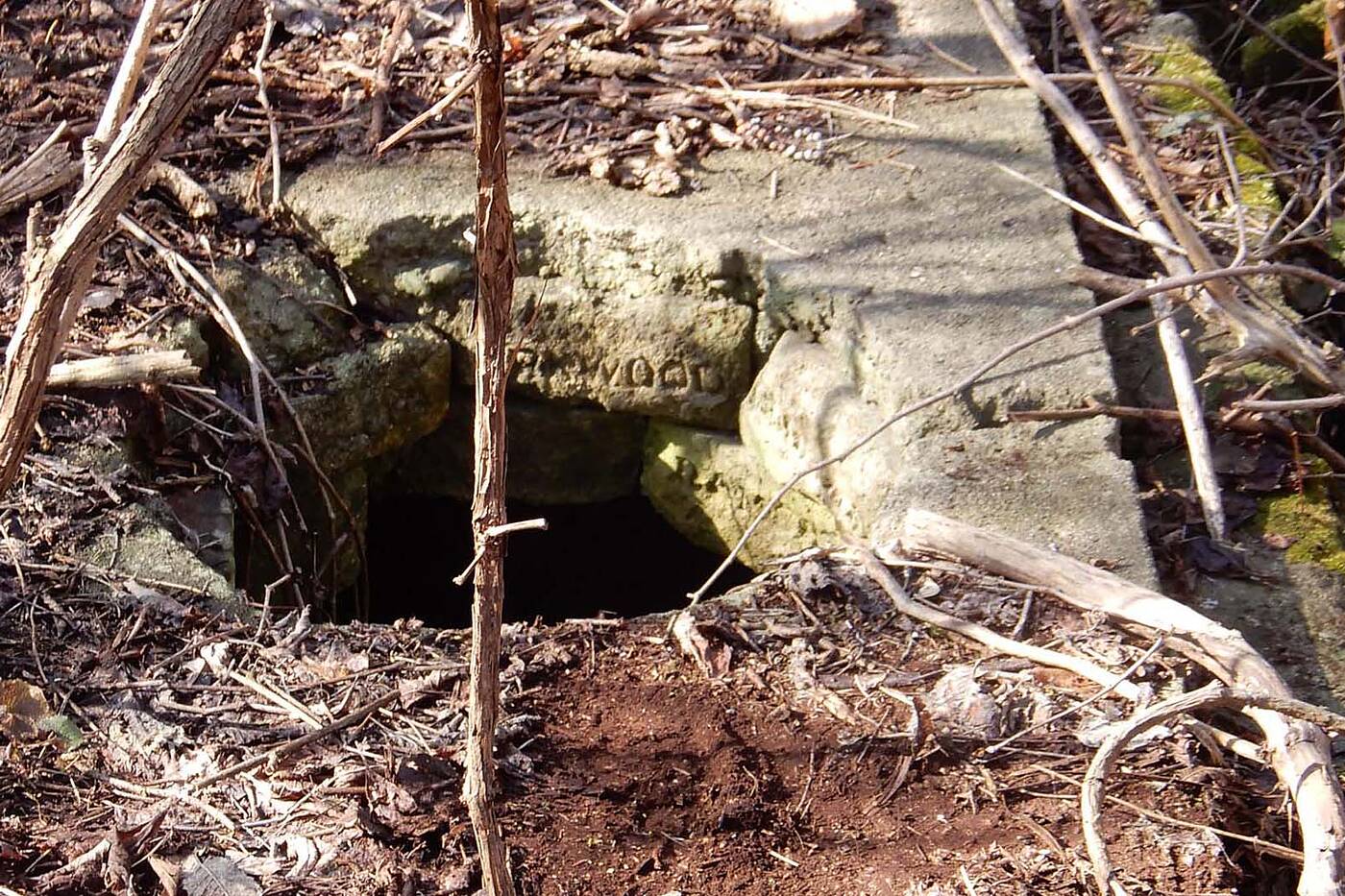 An old structure associated with the farm at the Toronto Free Hospital for Consumptives.

Maniezzo heard about this farm operation and tried, several times, to find the old pig troughs said to be still on the site.

"I couldn't find it, there is a of lot shrubbery," Maniezzo said.

He finally found the remnants of troughs and also walls and a water system.

In the end, the idea of fresh-air treatment and the farm didn't seem to work, and as of 1910 at the Toronto Free Hospital for Consumptives, more than 300 people died, and only three were cured. 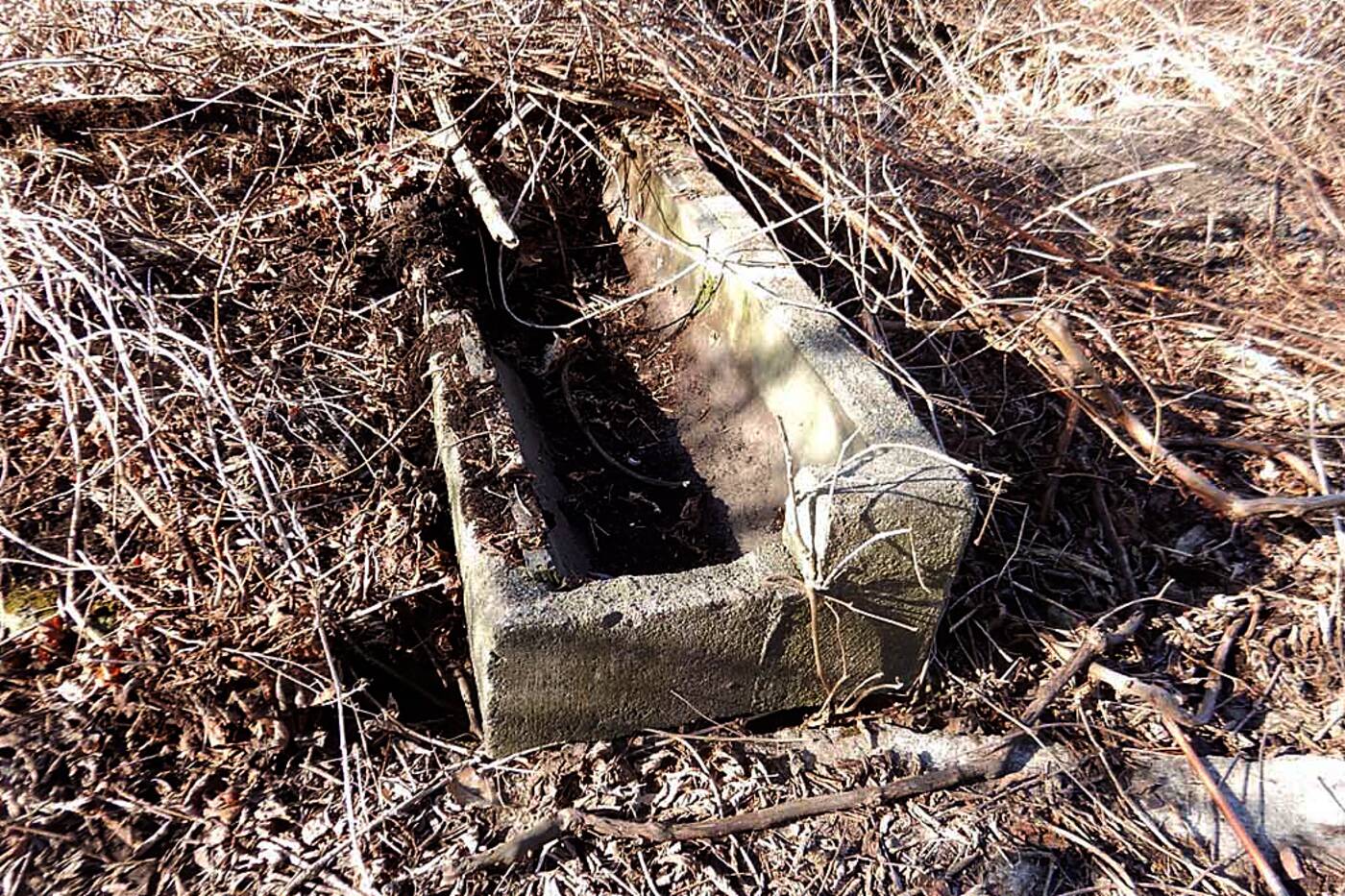 A pig trough associated with the farm at the Toronto Free Hospital for Consumptives.

But the death toll from TB was high — during the first five years of the Second World War, 36,000 Canadians died of TB, while 38,000 Canadians were killed by enemy action.

By the 1950s antibiotics were found to be a more effective treatment of TB, and in 1954, the animals were swept away during Hurricane Hazel.

All that's left today is a few pig troughs and structures now covered in vegetation.