Today in things every adult human should definitely already know: It's never okay to call the police and falsely tell them that someone is threatening you with a gun just to get your own way.

First of all, it's a gross waste of resources that could otherwise go toward helping people who are actually in trouble.

But more importantly, such a careless and selfish act could get somebody killed — especially when the person you're lying about happens to be a young Black man.

Toronto entrepreneur Tessah Janae Munroe is thankful today that her family members are safe after a scary incident involving a landlord who called the cops on her brothers over a simple landlord-tenant issue.

"My little sister paid a security deposit on a room to rent from the couple. Two weeks before the move-in date, they were very rude to her, making her feel uncomfortable, so she decided to get the money back and not proceed," says Munroe of how the dispute started.

Munroe and her siblings contacted the landlord a few times on behalf of their sister, but says they were spoken to in "a very distasteful manner."

In a last-ditch effort to get their sister's money back, Munroe's brothers drove to the location of the house in North York on Saturday to speak with the landlord in person.

As evidenced by video footage from the encounter posted to the Instagram page of Munroe's House of London Hair Academy, the landlord was not pleased to see the family and didn't want to give them anything.

"They weren't rude or disrespectful towards the couple," says Munroe of her siblings and what happened at the residence. "The wife and son kept asking the husband to just return the money, and he wouldn't. He actually started physically fighting with his wife and son."

The landlord is then said to have verbally abused the young people and called the police, which is where the video clips begin.

Filmed from inside a vehicle, the first video shows the landlord speaking on his phone and saying, among other things, "My wife saw the gun," "They are threatening me," "I think he has a gun" and "My wife said they have a gun."

Incredulous, one of the young men remarks that the claims are "crazy."

The argument continues in a second clip as the siblings try to explain to the landlord that their sister doesn't want to live there anymore and simply wants her deposit back. A third party, potentially the landlord's son, attempts to smooth things over.

Upon mention that the police are coming, everyone involved seems keen to have the authorities resolve the matter.

Police, on the other hand, weren't jazzed when they showed up to find that they hadn't actually been summoned for a weapons threat, but rather for what one officer later called a "landlord tenant act" squabble.

The third video clip is where things get really intense, and where a Toronto Police officer can be heard reaming out the landlord for saying somebody had a gun.

Police were called to a house in North York on Sunday for reports of a gun that didn't exist - 📹 Miss London https://t.co/M27D8CTZSh #Toronto #NorthYork #Police pic.twitter.com/p5EJ7ibwin

The landlord stammers a bit and the exchange becomes inaudible as multiple people raise their voices. Eventually the officer asks "Did you call and say there was a gun here? Yes or no?" to which the landlord makes a frustrated gesture.

The landlord again states "It was my wife, I didn't say..." which appears to irritate the officer even further.

"Well who called? Maybe you should bring your wife out here?" says the police officer before screaming "I'm asking you! Who called?"

It goes on like this for a bit, but eventually the landlord concedes that it was he who called and indicated that there was a gun present.

"This is a landlord tenant act, it has nothing to do with police…. look at how many cars are here," says the officer as he walks away, clearly annoyed. 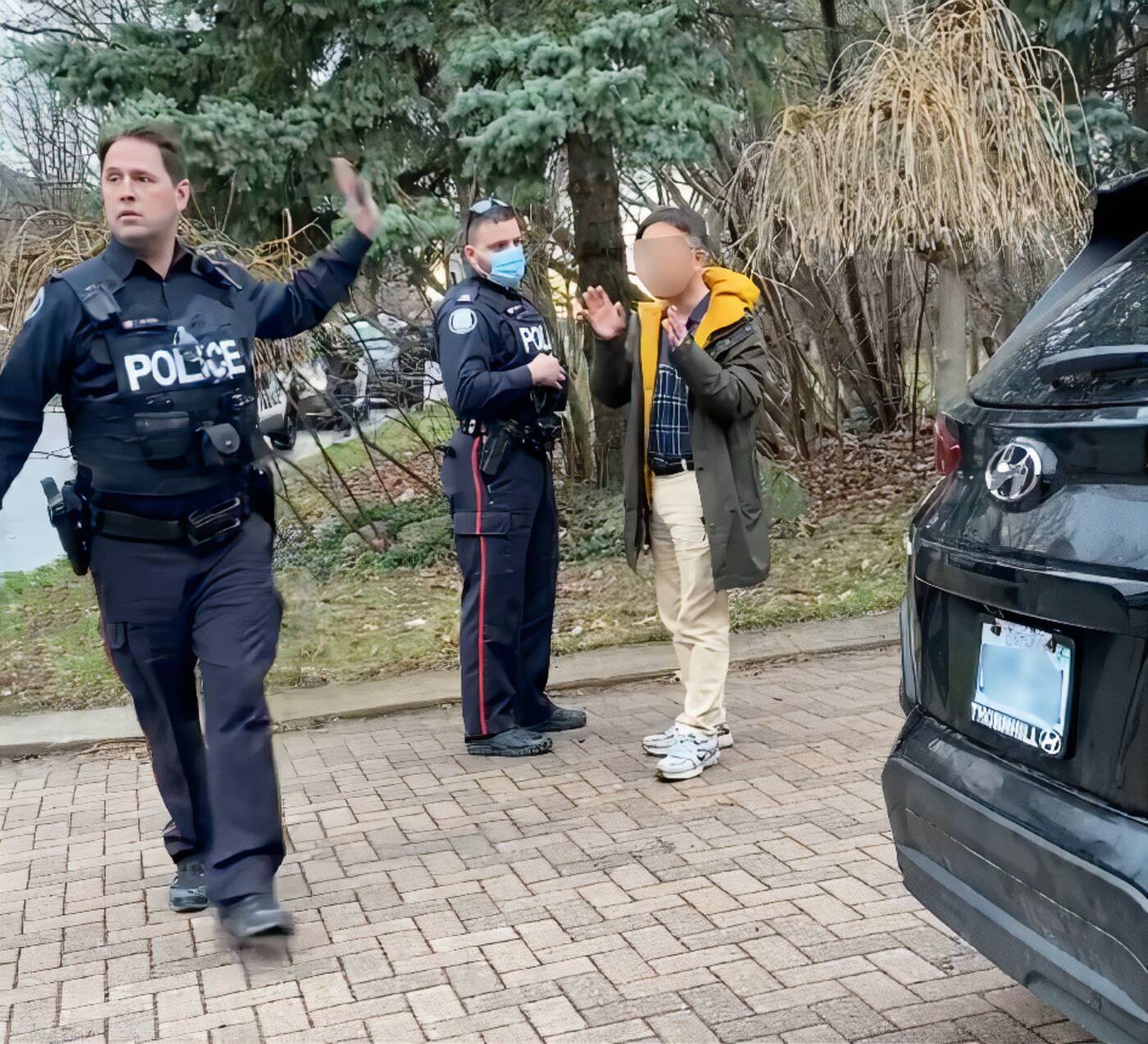 Officers who responded to a call about a person with a gun in North York on Saturday were not pleased to learn that the caller had lied. Image @houseoflondoninc.

Toronto Police confirmed to blogTO on Tuesday that "police responded to a radio call for a person with a gun in the area of Finch Avenue East and Bayview Avenue" on Saturday around 6 p.m.

It was reported that "officers arrived on scene and no gun was located, or seen, and no threats were made."

"Both parties were advised by police that the dispute is a civil matter and to be followed up via the Landlord and Tenant Tribunal," say police.

As for Munroe and her family, they're devastated.

"Racism is at an all-time high and we've never experienced anything like this. And then these people are let off the hook is a slap in the face," wrote the entrepreneur in the caption of her Instagram post.

"Is every Black kid a criminal or owns a gun because they have dreads? Or dress in Nike sports attire?" she continued. "This is super sickening on sooooo many levels."

"My family and I are traumatized by this situation," said Monroe to blogTO on Monday. "It could've ended so bad."