The parks and trails of Toronto will likely be packed with this weekend with (socially distanced) sun-seekers, even despite the provincial government's issuance of a new stay-at-home order, thanks to some truly gorgeous weather.

Unseasonably warm temperatures are set to make April feel a lot more like May or even June on Saturday, according to meteorologists, with daytime highs of at least 20 C expected in Toronto.

Friday and Sunday, while warm at 18 C and 15 C respectively, are looking a bit "meh" under rain and clouds, but Saturday's lovely temps will actually mirror a system that takes hold today.

"There will be a lot to like Thursday weatherwise as the day gets doing, as a large swath of the south can expect temperatures near, or even slightly above 20°C," reads a Weather Network report published Thursday morning.

"One thing people should be aware of, however: Temperatures near the shores of Lake Ontario will markedly cooler, knocking as much as five degrees off daytime highs." 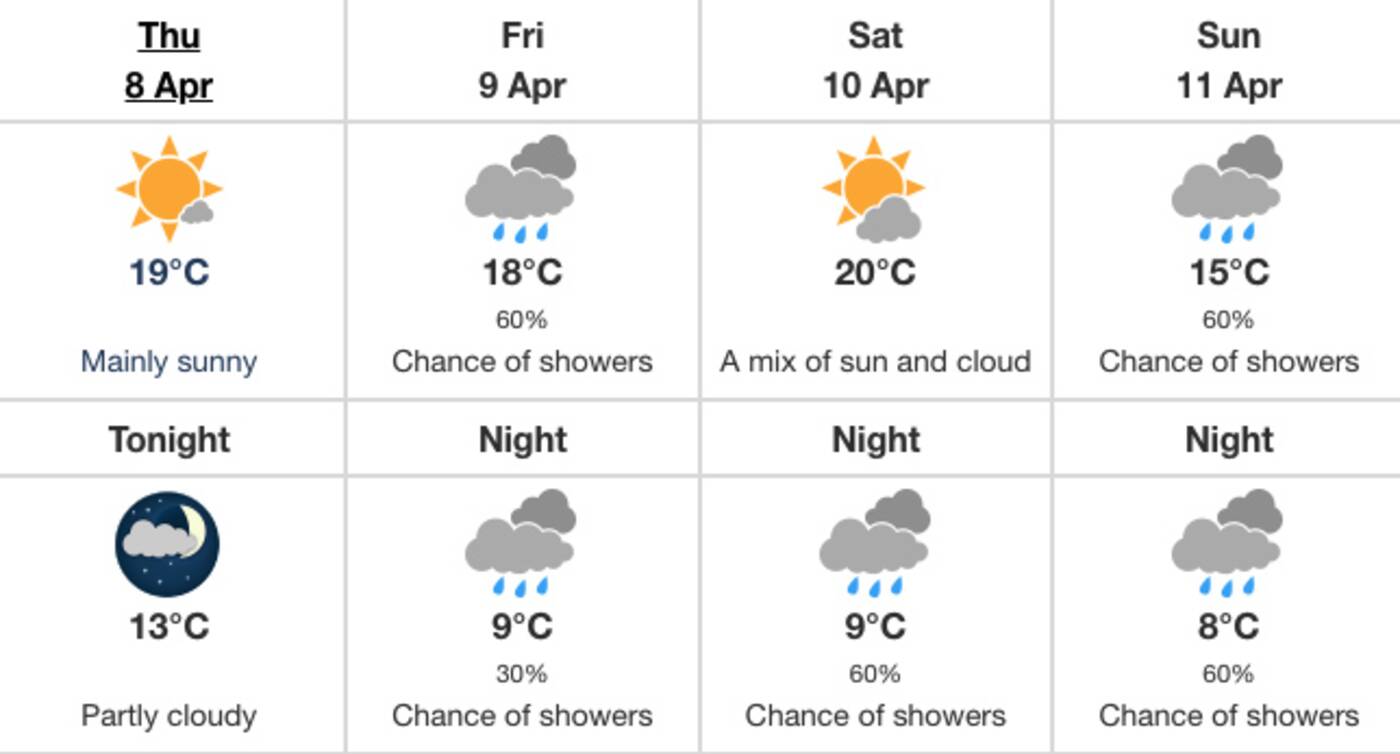 By the Weather Network's estimates, some parts of Southern Ontario (notably the Niagara region) could see temperatures as high as 24 C this afternoon.

Thunderstorms are possible in some regions, particularly around Windsor, later tonight as a Colorado Low moves into the province, but Toronto will see only light showers if anything (and if these predictions are correct.)

"Showers may linger into early Friday morning from this Colorado low, but such as there are won't venture too far from the southwest," notes The Weather Network.

"But warm temperatures will continue to close out the week and into the early part of the weekend at least, feeling more like late May or even early June, with temperatures ranging as high as the mid-20s at the upper end of the scale."

Stay safe out there, friends, and remember: You're fully allowed to go outdoors for exercise, but personal gatherings are prohibited and health officials ask that you continue to maintain a distance of two metres from anyone you don't live with amid the pandemic.