Nearly one year into the worst public health crisis most of us have ever seen, the coronavirus pandemic continues to wreak havoc on the lives and livelihoods of Toronto residents — more and more with each passing month, it seems, financially speaking.

A new report from Destination Toronto (aka the city's tourism board) shows that visitor spending has been way, way down since COVID-19 hit in earnest last March, which makes sense given all of the mandatory business closures and travel restrictions.

By the estimation of analysts, the city has sustained roughly $8.35 billion in economic losses over the past 12 months across the tourism and hospitality sector, as well as "the broader economy that benefits from visitor spending."

Factoring in the entire Greater Toronto Area, that number climbs to more than $14 billion. 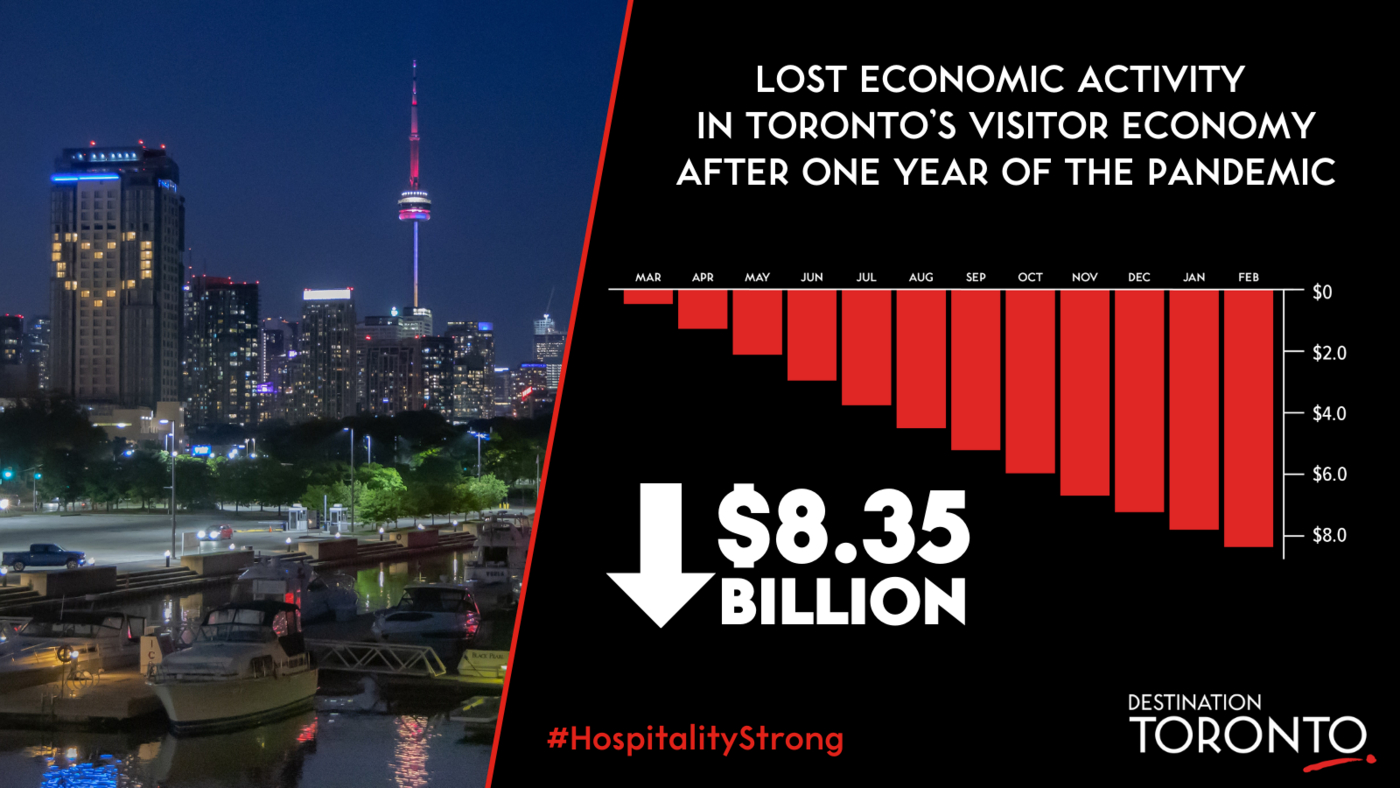 The impact of COVID-19 on Toronto's tourism sector grows worse with each passing month in lockdown. Image via Destination Toronto.

"We are working non-stop to get through this pandemic so that we can safely restart and reopen our city. Prior to the pandemic, Toronto was welcoming millions of people from around the world who were eager to see and experience our city," said Mayor John Tory of the findings.

"One of the hardest hit areas during the pandemic has been the hospitality and tourism sector but I am absolutely confident that this sector will come back strong with more jobs than ever before."

Let's hope so, because those industries are hurting.

According to the analysis, tourism and hospitality have been impacted more than any other industries, with $1.3 billion in economic activity lost for the food and beverage sector, $1.2 billion for accommodations, $1.67 billion for retail and $707 million for "attractions and entertainment." 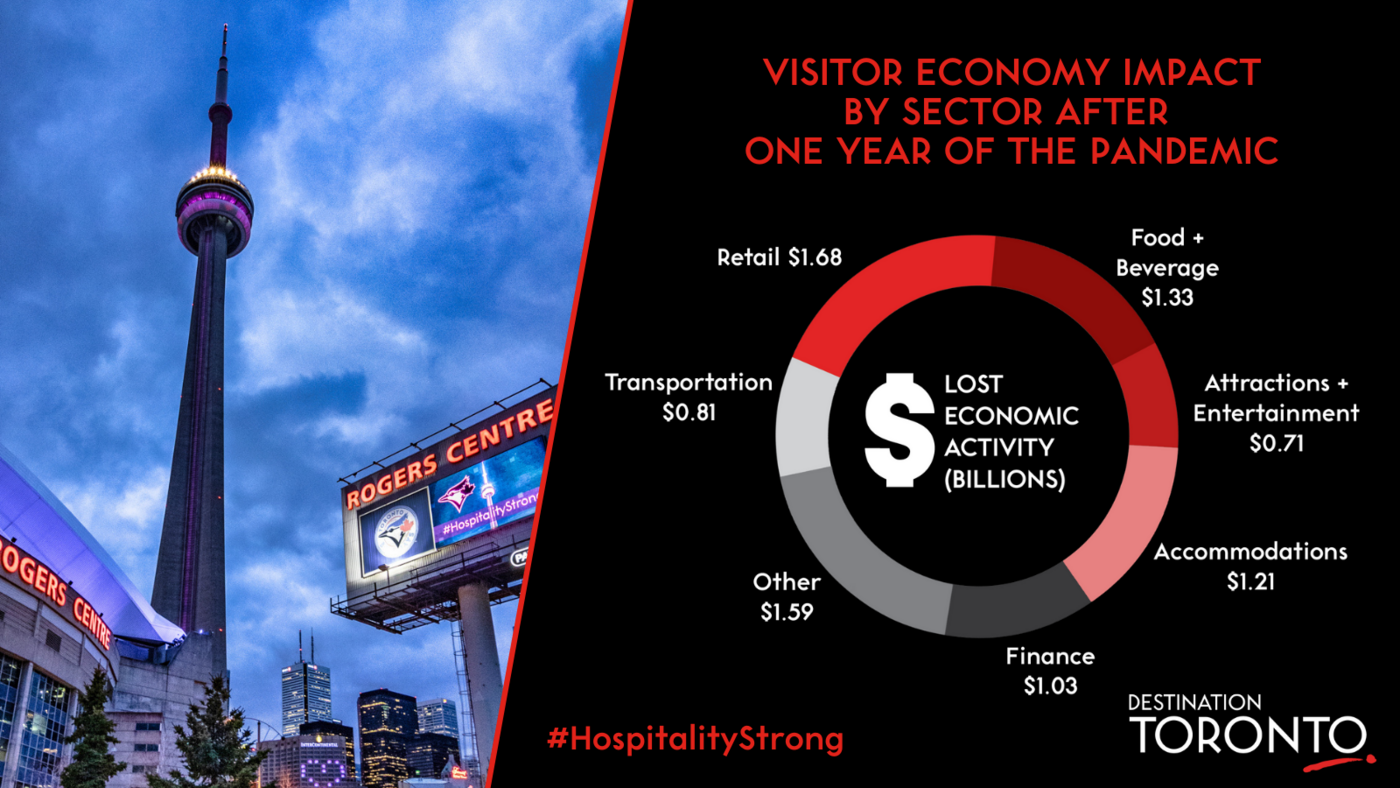 Visitor spending has plummeted within the City of Toronto since the pandemic first hit roughly one year ago. Image via Destination Toronto.

The new analysis is based on Destination Toronto's Visitor Economy Study, produced by Tourism Economics in partnership with the Toronto Region Board of Trade.

"When we released the Visitor Economy Study in late 2019, it showed the enormous impact of visitor spending on our local economy, and how that economic activity supports businesses and benefits all of us in city, the province and the country," said Destination Toronto president and CEO Scott Beck.

"Little did we know that the same study would soon be used to show the enormity of the impact of the pandemic on the people and businesses that make up the visitor economy."