Thousands of Toronto residents gathered at Nathan Phillips Square on Sunday, March 28, to protest an ongoing surge in anti-Asian racism and violence both at home and abroad. 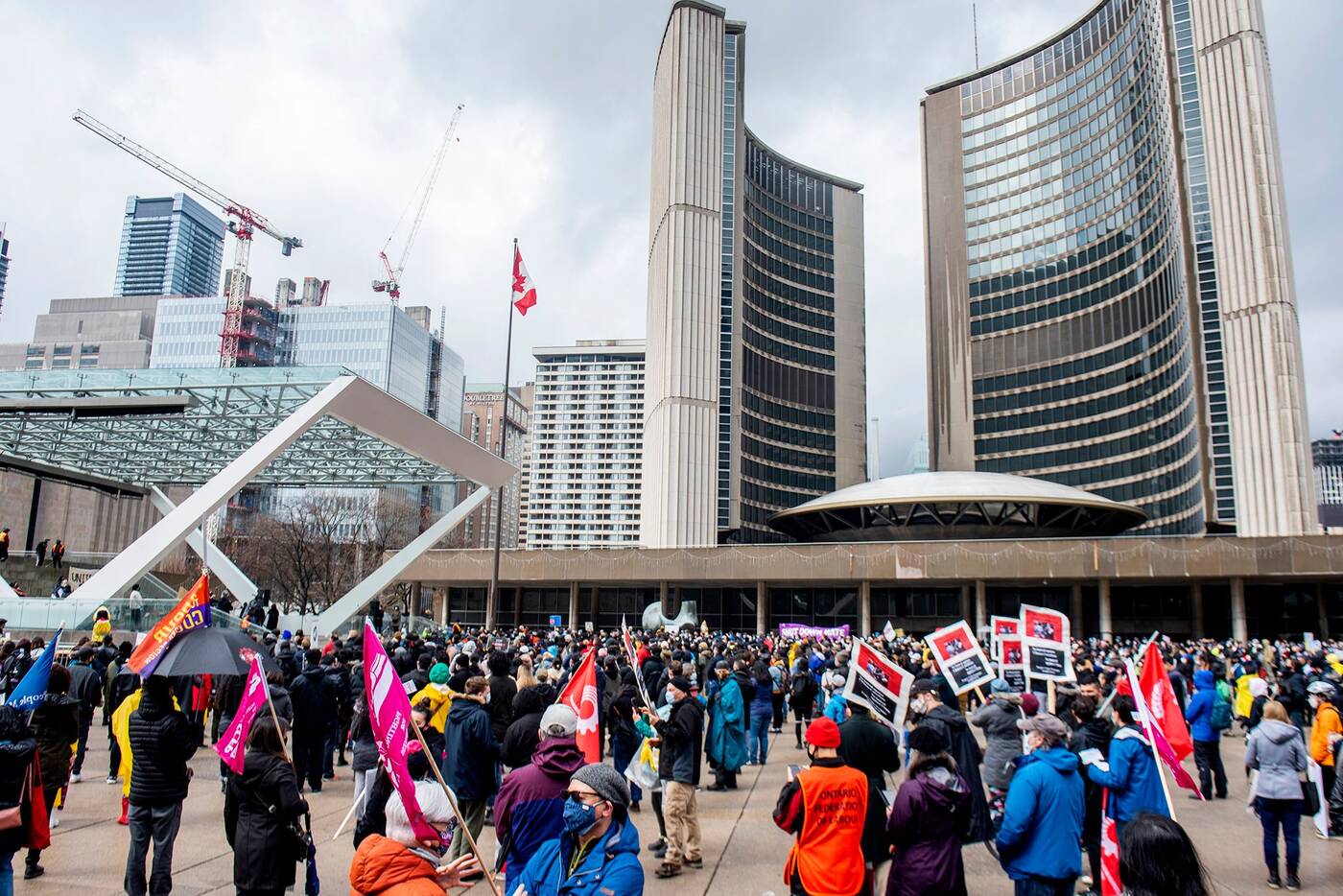 The rally was held in the wake of a tragedy that saw eight people gunned down at spas in Georgia on March 16, six of whom were Asian women. The demonstration also came after the release of a report from the Chinese Canadian National Council Toronto, which documents a disturbing rise in anti-Asian racism in Canada — particularly in Ontario.

"We stand together with Asian-American and Asian-Canadian women who are traumatized by this ongoing misogyny, racism, and stand against the policing and abuse of massage parlour workers and sex workers who are criminalized by the state and face discrimination by society," wrote organizers in a press release ahead of the event.

"As we gather to rally, we contextualize recent experiences of COVID-19 related anti-Asian racism in a long history of systemic anti-Asian racism in Canada, including the Chinese Head Tax, Chinese Exclusion Act, The Komagata Maru Incident, Japanese Internment Camps and a racist immigration policy that continues to promote racism and exclusion." 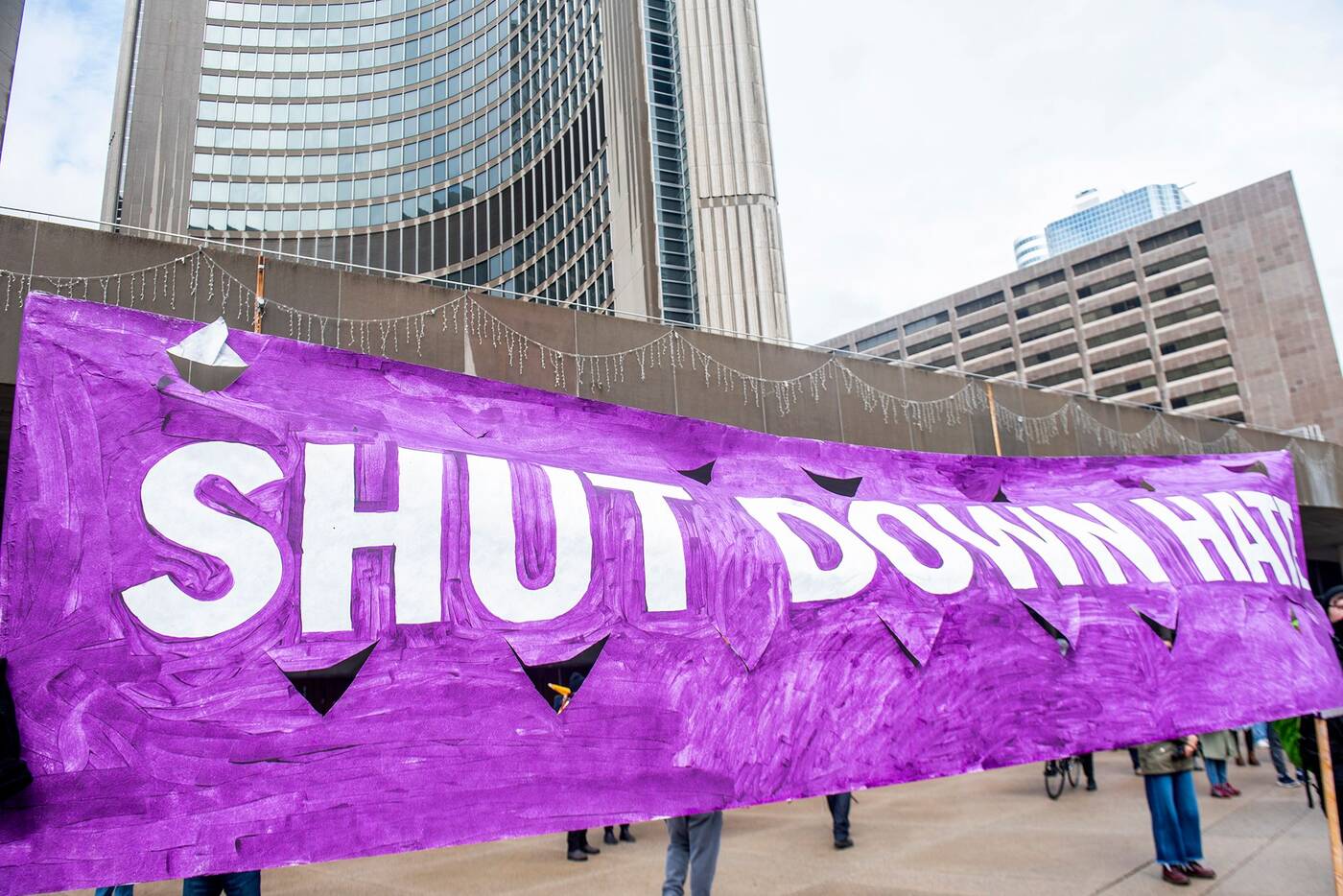 The rally saw hordes of people, including members of the Asian community and allies, protesting this form of hatred, and demonstrators held signs with messages such as "Hate is a virus," "Proud to be Asian" and "I am not your fetish." 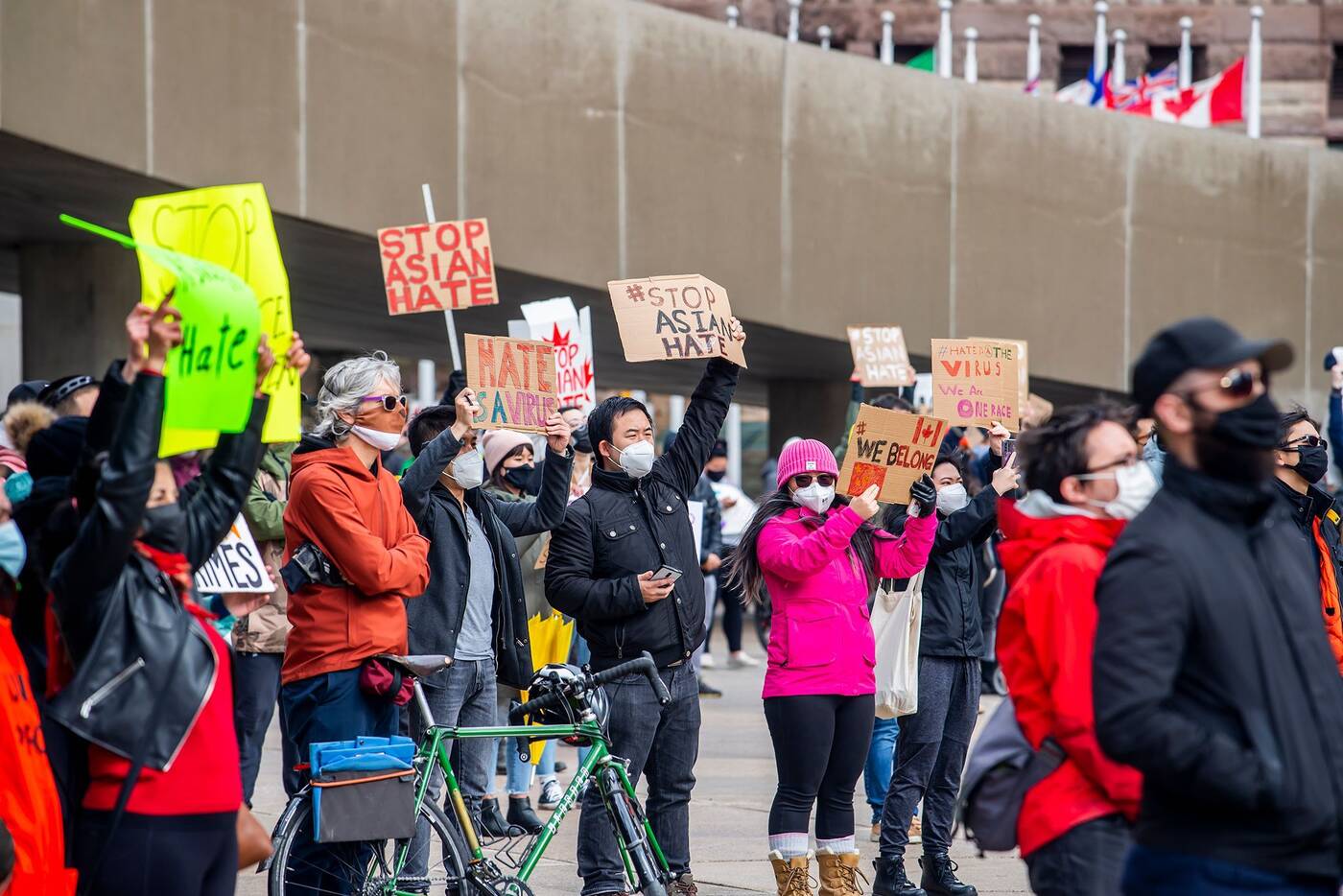 As a result of a rise in attacks against elderly Asian people in particular, signs such as "Is my grandma next?" could also be spotted. 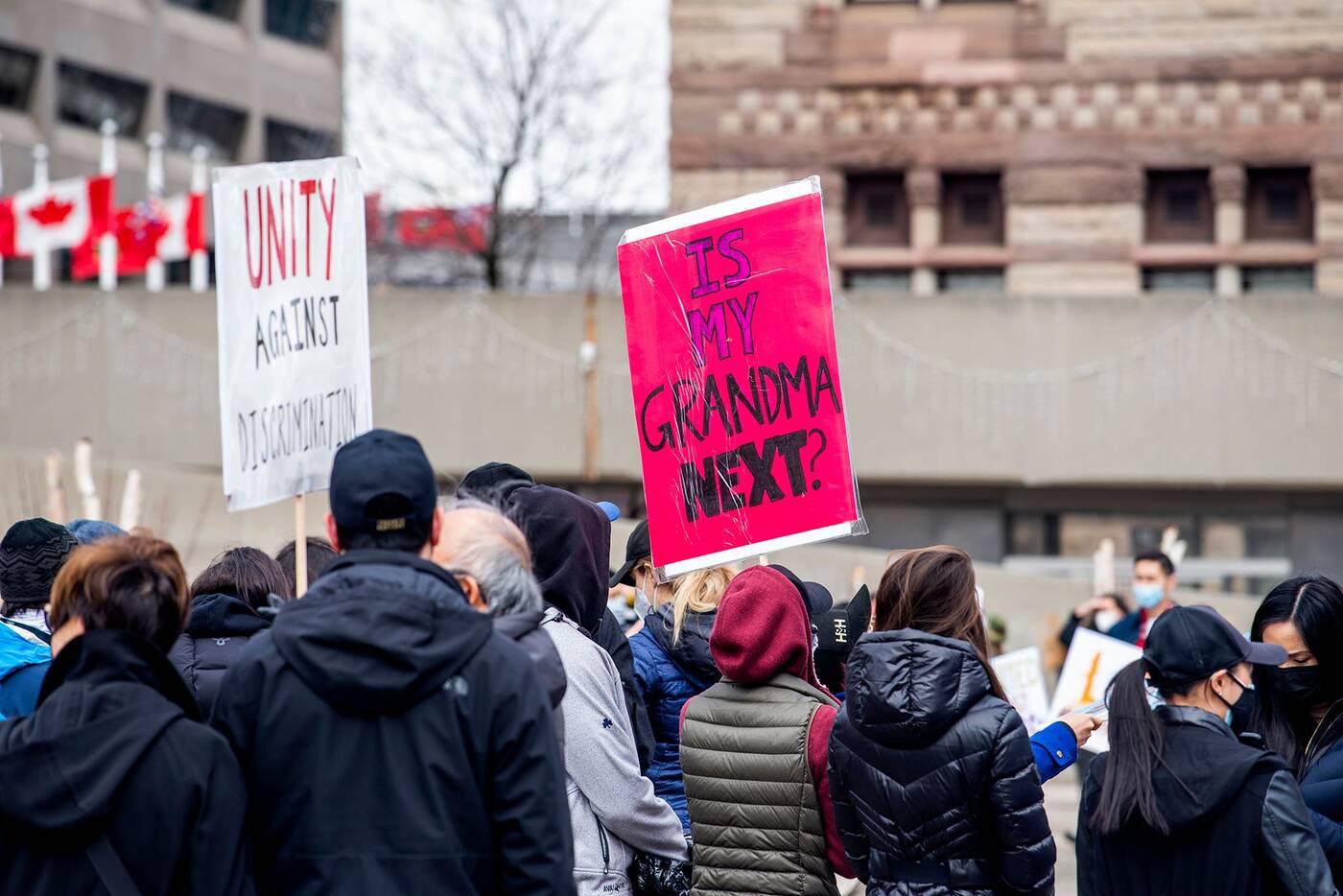 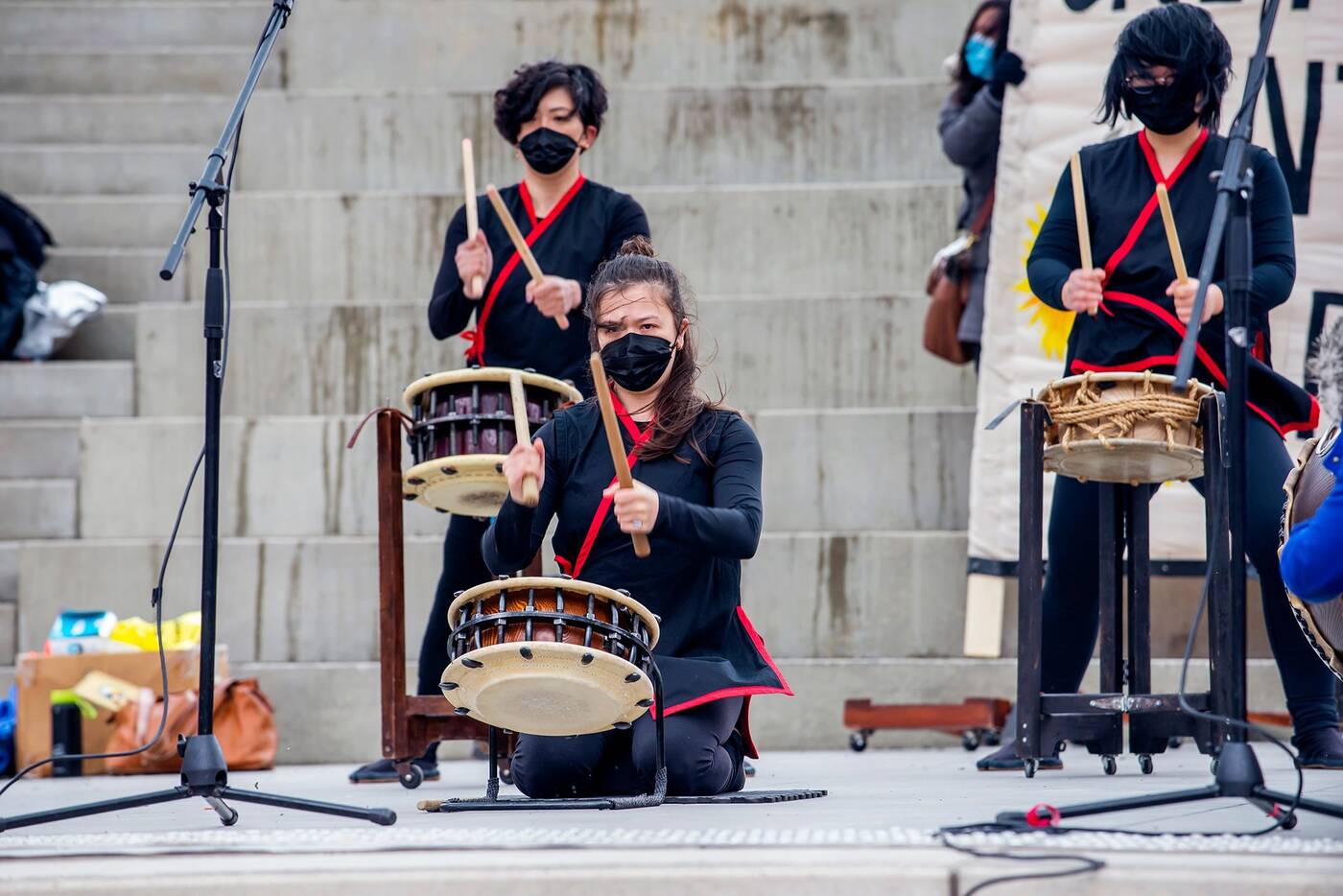 Speakers called on government officials to act quickly and strongly against hatred targeting the Asian community, urging lawmakers to condemn the nonsensical act of blaming Chinese people for the COVID-19 pandemic. 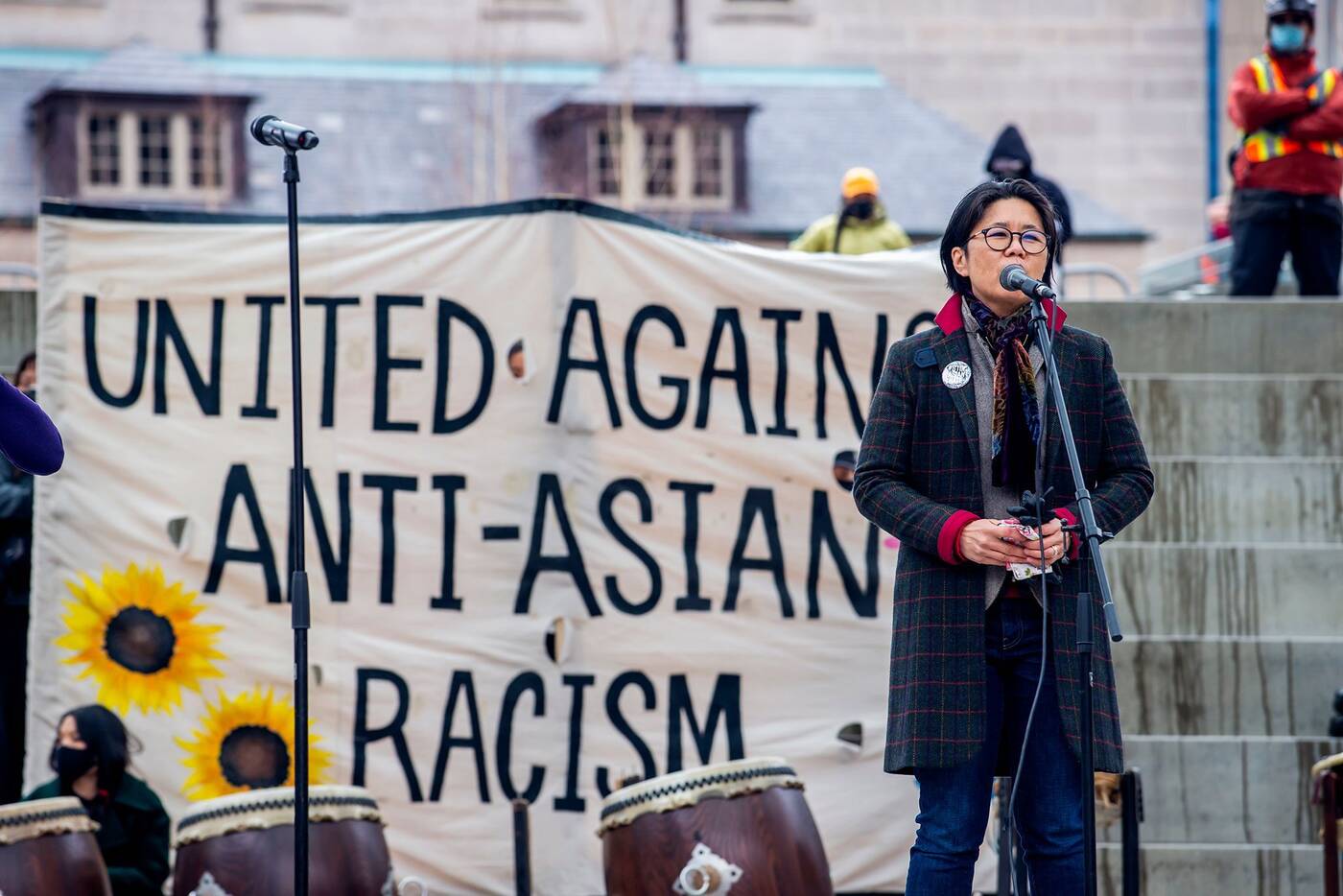 During her speech, councillor Wong-Tam addressed two instances of vandalism targeting Asians that were reported in her community within the span of just four days, saying this kind of overt racism will not be tolerated and that the Asian community will fight back.

"Today, alongside thousands of Torontonians, we safely came together to denounce and fight against anti-Asian racism in Toronto and around the world," she wrote on Twitter following the rally.

"Since the onset of COVID, inflammatory and hateful rhetoric has increased anti-Asian hate crimes, and has caused indescribable additional fear and harm to our communities," she continued.

"Canada is not immune to this racism. It has no place in our society. Today was hard, but seeing our community come together against hate makes me believe in the power we have to end this racist violence."

Protestors mostly observed safety precautions during the rally, with the majority of participants donning masks and practicing physical distancing.