Toronto residents fed up with their landlord are pasting posters around the city to level accusations against their property owners ranging from building neglect to false eviction notices.

Tenants of a Parkdale rental building have been circulating signs with a photo of the Director of Acquisitions for Golden Equity Properties, a Montreal-based company that owns 22 buildings in Ontario.

The Director, however, told blogTO he has no relationship to the ownership or management of the building.

Golden Equity owns Shoreview Court at 1475 King St. West, where residents have formed a committee to combat a slew of issues in the building. Residents say their homes have been deteriorating since Golden Equity bought the property in 2019. 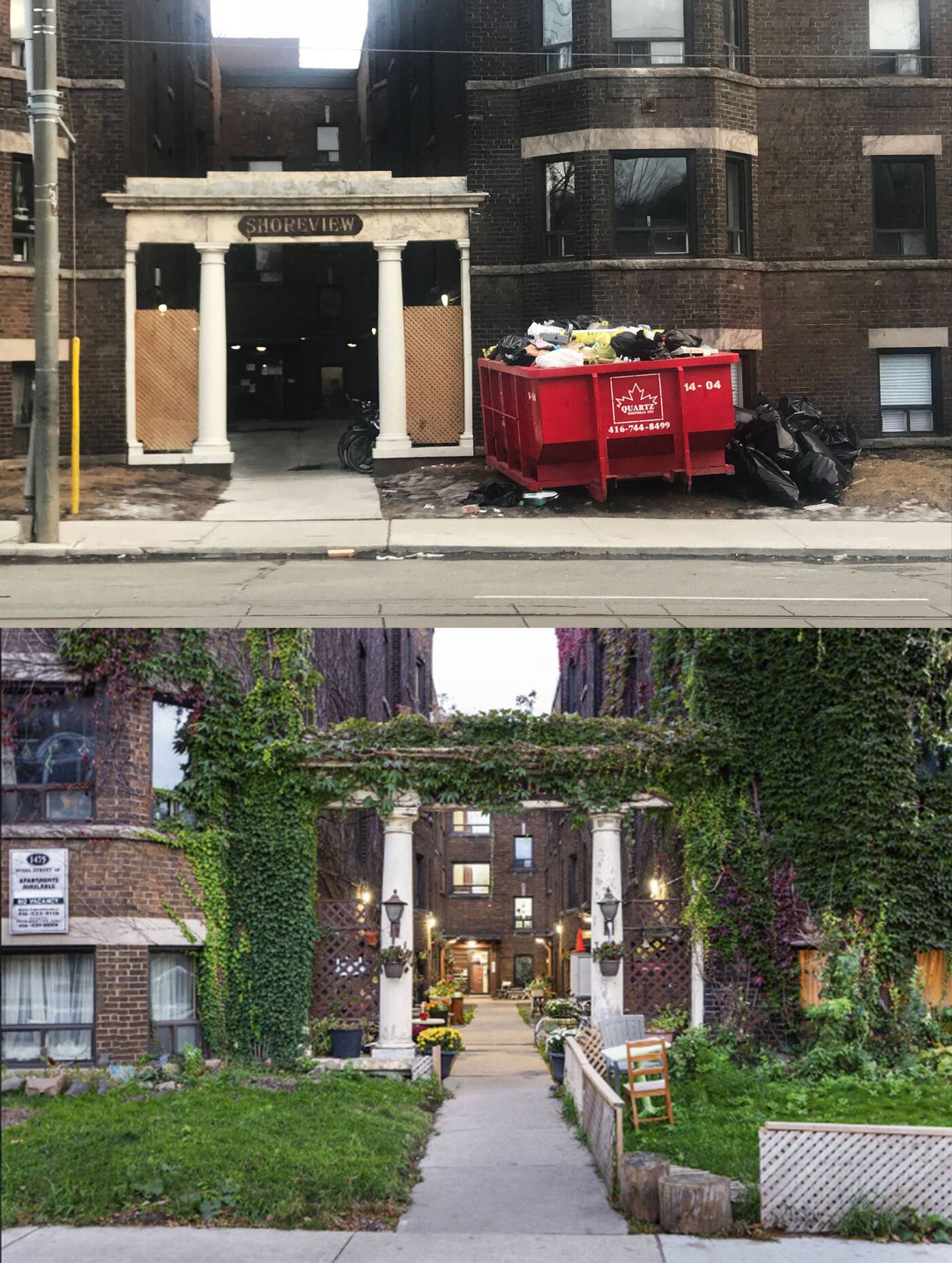 Those issues include a boiler fire (the latest in several boiler fires over the past few years), resulting carbon monoxide leak, inconsistent building heating, and multiple eviction notices in the last month alone.

"Golden Equity bought our home in 2019 and we have had serious problems since," says the poster, of which there are now more than 80 circulating in the city.

"We invite you to come to our building and talk to tenants directly about the conditions we are facing and our demands to live in a safe home, free from the threat of eviction and predatory landlord practices."

The poster includes photos of the director alongside before and after pictures of Shoreview, which contains 44 units and approximately 100 people living inside, according to tenants.

But the individual, who has been Director of Acquisitions at Golden Equity since 2017, said it's the first time he's heard of any issues related to 1475 King St. West, and that residents should reach out to the building's general e-mail or Golden Equity lawyer Ian Copnick to voice their concerns rather than put up posters.

Emina Gamulin, who is part of the 1475 King St. West Buiding Committee, says this is just another example of Golden Equity "passing the buck."

"That's what the entire company tends to do," says Gamulin. "Whenever anyone is asked to be held accountable, they just sort of pass the buck."

"[The Director] is also culpable, and if he doesn't feel like he's culpable, maybe he should be talking to the owners about how to conduct business...  We don't take actions like this lightly, we've tried other means of communication." 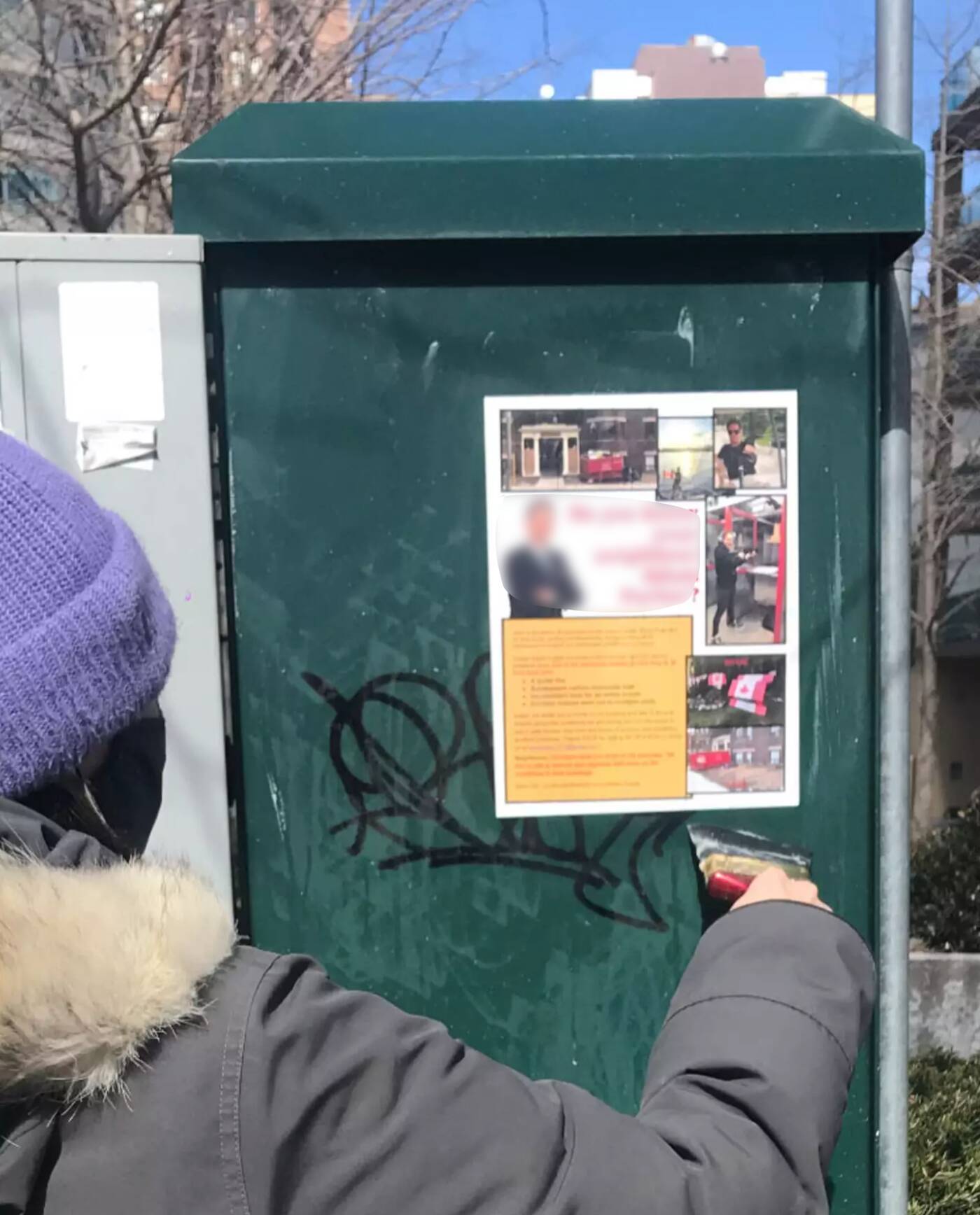 Tenants have been flyering posters with photos of the Director of Acquisitions at Golden Equity. Photo courtesy of 1475 King St. West Building Committee.

The building committee says they've been in e-mail correspondence with Golden Equity representatives for months. Company owners Michael Bregman, Steve Bromberg, and Derek Labell, plus the Director, and the area manager Hanna Krischke have been included in those e-mail chains, forwarded to blogTO.

But messages sent throughout March—which demand financial reimbursements for hydro costs incurred due to heating issues, addressing outstanding repairs to the building, and N4 notices issued to six units, one of which has been dropped—have gone unanswered.

Taylor says she received her first notice shortly after Golden Equity took over the building. She was one of 15 other tenants who the property owners claimed were not paying the correct amount of rent. Her eviction notice was eventually thrown out.

Now Taylor is facing a second eviction notice, which was issued right after Ontario lifted its residential eviction ban. Golden Equity is again claiming that she owes money.

Taylor says she was never alerted about a rent increase, which the company says it issued in December, despite the fact her lease renewed in February 2021 and cannot be increased under Ontario's 2021 rent freeze.

"A lot of people dont know their tenants rights, they're scared," said Taylor.

"When your landlords aren't even acknowledging you, something is seriously wrong here. The only chips you have is your rent."

According to the committee, approximately half of the units in the building withheld their rent for the month of March 1. 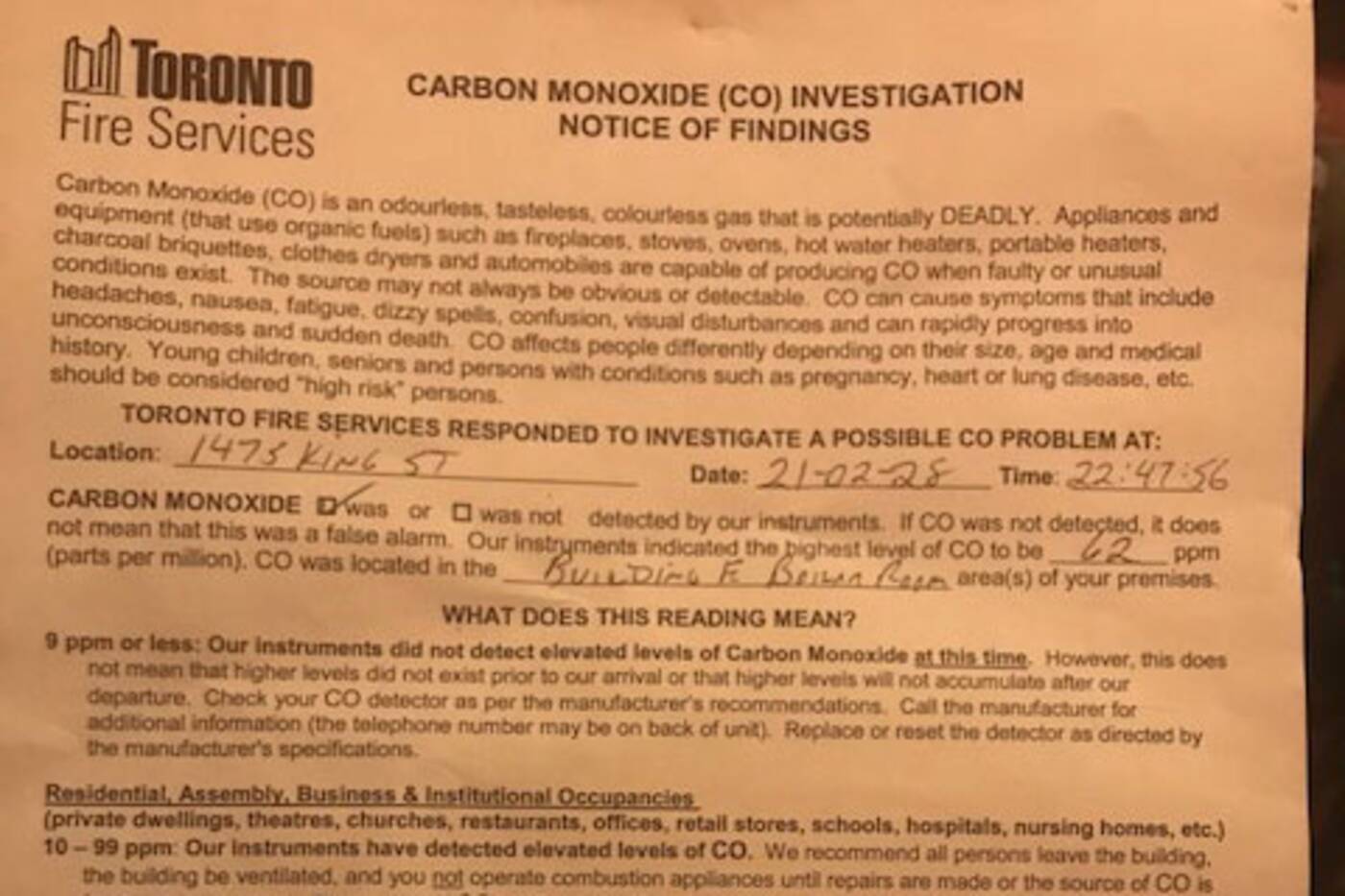 Ian Copnick, Golden Equity's spokesperson, says the company is "no longer going to respond" to an "anonymous tenants association."

"There's a lack of identification. A lack of transparency... A spokesperson is not identified. It's just an amorphous entity," said Copnick to blogTO.

"If they're trying to get in touch with the owners of the building, no. When you have a reasonably large enterprise, you're kidding yourself if you think that by speaking to the president of the company you're going to get a response. The proper thing is to speak to the people on the ground who are in charge of building and admin day to day.

"No one expects to walk into a Loblaws and get a free loaf of bread...I really wonder why only landlords are expected to offer services for free."

Copnick said that Golden Equity is currently searching for a full-time superintendant to care for the building: another demand that tenants have made in recent e-mails.

He admits that heating issues ensuing from the boiler fire were "not an ideal situation" but that the Golden Equity has done its best to direct tenants to CERB, create payment plans for tenants in arrears, and rectify faulty N4 eviction notices.

Copnick says that if the tenants want to address rent and "negotiate a settlement", they should reach out on an individual basis.

"There's no intent to catch any of the tenants by surprise," said Copnick. "I can't discount the fact that the odd mistake can be made. It's just human, if there's an error."

Residents say the eviction notices feel more like threats than errors, however.

"Being threatened with an eviction notice when we have been actively trying to sort things out with the landlord is a giant middle finger to you," said Taylor.

"We're longstanding tenants. We take care of the building, everyone has put in blood sweat and tears in to their units.

"How dare you do that to some of my more elderly neighbours who might not understand?'