Work-from-home burnout, digital fatigue, the locked-down / cooped-up / socially starving blues... call it what you will, but the general sense of ennui that's been building among office employees amid the COVID-19 pandemic has become difficult to ignore.

Heck, we're starting to reach a point where people are exhausted from talking about exhaustion.

Are there worse things than feeling lonely and trapped behind a computer for 12 hours a day? Of course — and there are many people far worse off right now than housebound white-collar workers.

But even within the world of working from home, some populations are dealing better with changes to their environments than others. Canadians are not one of them.

The majority of downtown Toronto workers are ready to go back to the office https://t.co/99MnVR79gg #Toronto #Office

A new report on work trends from Microsoft shows that Canucks are significantly less happy and more stressed right now than their peers around the globe.

Canadians are also more likely to feel isolated in a typical workday, according to Microsoft, with 36 percent of workers indicating they feel isolated compared to a global average of 27 per cent.

Researchers determined this (and so much more) using the findings from a study of more than 30,000 people in 31 countries, plus an analysis of "trillions of productivity and labor signals across Microsoft 365 and LinkedIn." 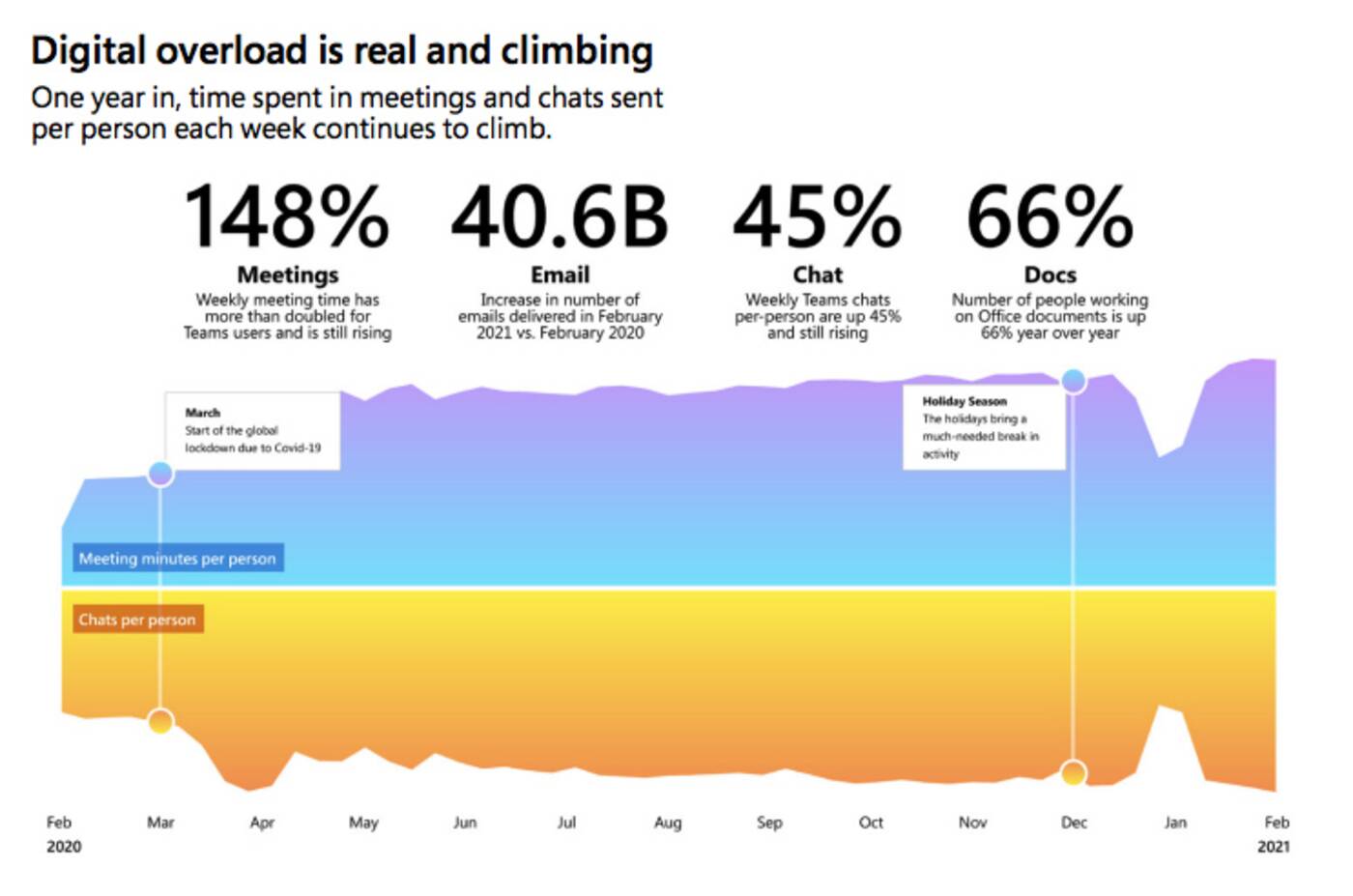 Experts consulted by Microsoft say that high productivity is masking an exhausted workforce. Image via Microsoft.

In addition to the stress and burnout findings, the report also concluded that Canadian workers "feel less freedom to be their authentic selves at work" (30 per cent) versus a 44 per cent global average.

"More genuine interactions with coworkers may help foster a workplace where people feel more comfortable being themselves," the report says, suggesting meeting co-workers children, or pets during a video call, or even "sharing a cry," resulted in better work relationbships, higher poroductivity, and better general wellbeing. 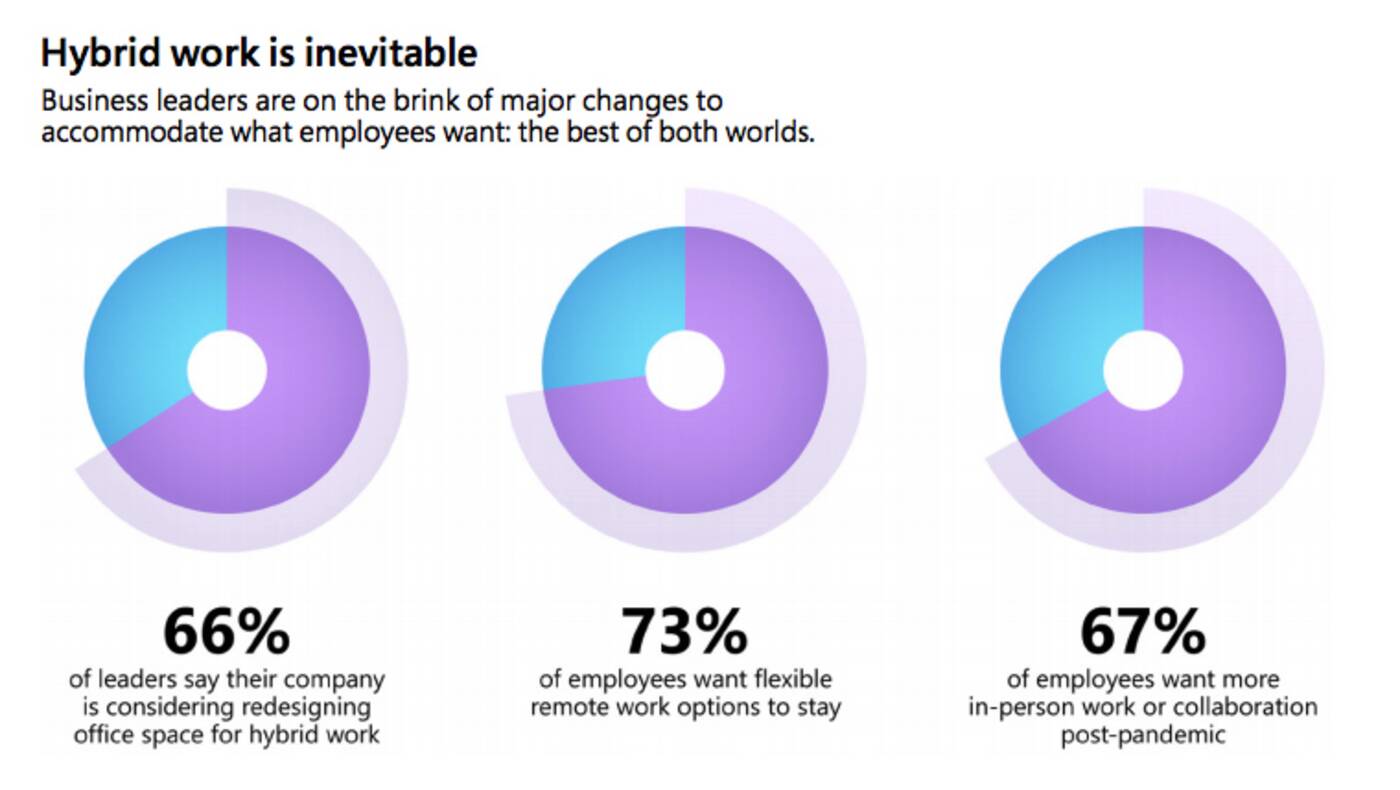 Despite our percieved misery, Canadians are actually less likely to consider changing employers right now (35 per cent) than workers in other countries. According to Microsoft, the global average for 2021 is 41 per cent.

As for what this all means, the U.S. tech giant says that employers will be best-served in the future by offering a hybrid workplace model.

"Employees want the best of both worlds," the report says. "Over 70 percent of workers want flexible remote work options to continue, while over 65 percent are craving more in-person time with their teams."

"We can no longer rely solely on offices to collaborate, connect, and build social capital. But physical space will still be important. We're social animals and we want to get together, bounce ideas off one another, and experience the energy of in-person events."