Nothing ruins a day like receiving a parking ticket out of the blue, and that's especially true if you're given the fine while trying to be a responsible member of society.

Toronto resident Sahina Abowat says that's exactly what her sister Anisa was trying to do when she received a parking ticket outside a COVID-19 test centre earlier this week.

Sahina tells blogTO that her sister has had a particularly rough go of it lately as both of their parents are sick with a COVID-19 variant. And Anisa, who lives with them, has been taking care of them while trying to avoid getting sick herself.

Those efforts include getting tested multiple times, including at the University of Toronto testing site in Scarborough on Monday.

"She's in a high-risk environment," Sahina says. "This is her third test in the last 10 days because our mom tested positive."

Before heading over to the assessment centre, Anisa received an email instructing her to print out a free parking pass to put on her dashboard while she gets tested. But like so many people in 2021, Anisa doesn't have a printer at home. 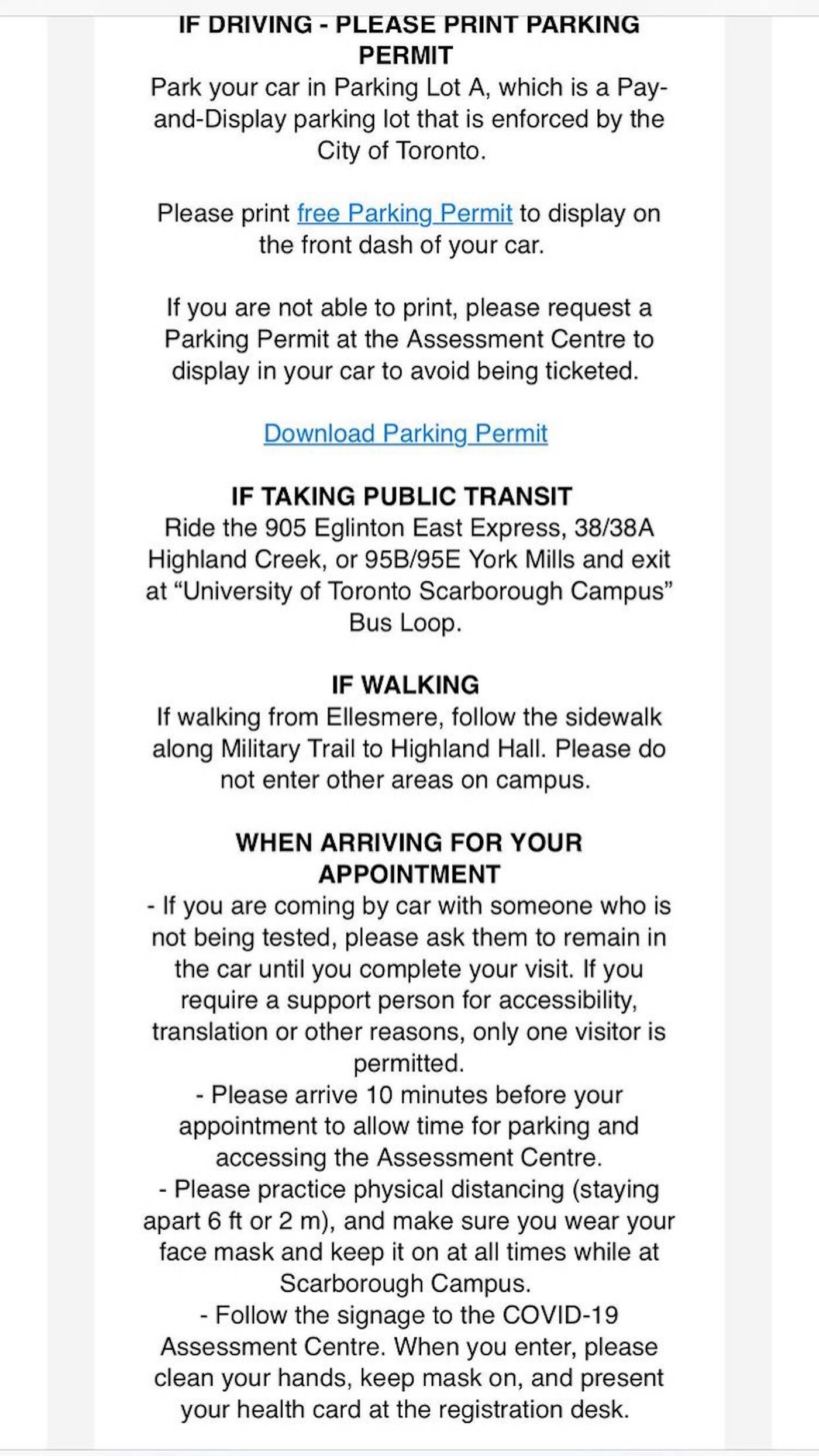 Those who don't own a printer are therefore told to go inside and ask for a pass upon arrival, but Sahina says Anisa was forced to wait in line for about 15 minutes before she could get hers.

"By the time she got her parking pass, she came back outside, all the cars had parking tickets on them," Sahina says. "She's responsible. She wants to make sure she doesn't have COVID so she booked a third test and this is what happened."

And while the ticket only costs $30, Sahina says the whole idea of punishing those who are acting responsibly just doesn't make any sense — especially at a time when people are struggling more than ever.

Instead, Sahina says she believes all testing centres should offer free parking to all drivers, no questions asked.

"You shouldn't be giving out tickets at COVID sites, regardless of whether there are parking passes or not," she says. "Where is the support?"

And this isn't the first time residents have felt unsupported by Toronto's parking enforcement policies during the pandemic.

It’s so nice that during a lockdown where we are told to stay home, Toronto still issues parking tickets on residential streets. Hey, thx! Why do such a thing right now? @JohnTory @TorontoParking

Over the past few months, complaints have surfaced from healthcare workers, people observing the stay-at-home order and frontline workers who say they've gotten tickets while trying to do the right thing.

Food couriers in the city have also been calling on police to stop making their jobs difficult by issuing so many parking tickets.

"We're in a global pandemic," Sahina says. "The city needs to be supportive."