Animal rescue volunteers are desperately trying to fundraise for a cat who fell off an eighth floor apartment balcony this past weekend.

Rocky—the name given to the cat by not-for-profit cat rescue organization Rescue Angels—is currently in an emergency clinic on oxygen support.

The feline has a fractured pelvis, lungs filled with fluids, and a shattered leg, which might need to be amputated. 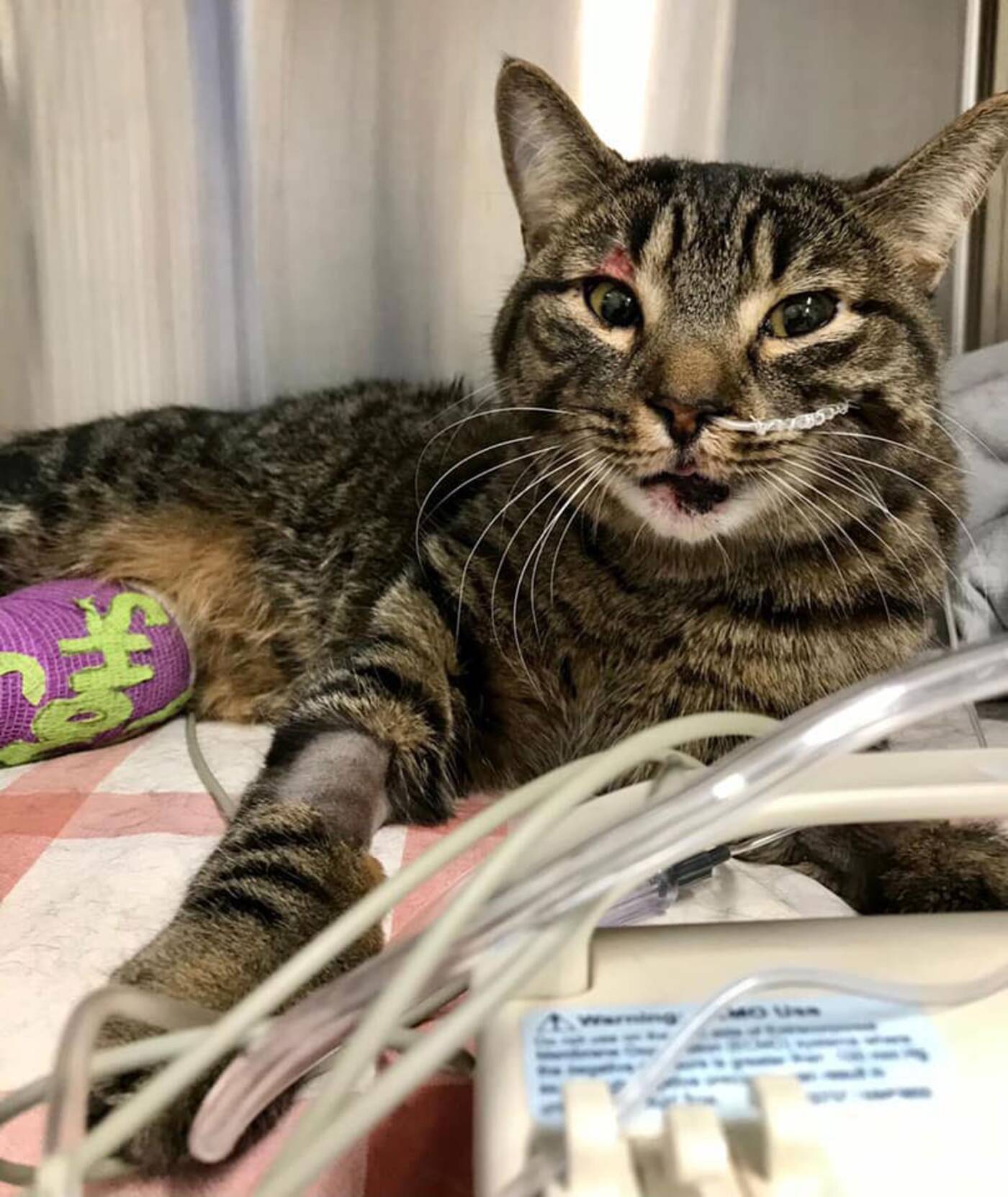 A cat, who rescue volunteers named Rocky, will need surgery and a possible leg amputation after falling from an eight-storey apartment balcony. Photo via Rescue Angels.

According to volunteers, the medical bills will be extremely high. Rescue Angels is now trying to fundraise $10,000 to cover part of Rocky's surgery and ICU support.

"This is all extremely devastating, frustrating, and heartbreaking," said fundraiser organizer, Sarah Maajidah.

"Rocky deserves a chance to fight and we want to help him as much as we can to pull through and have a second chance at life."

Rocky was found Sunday evening by a someone taking a shortcut around a residential apartment by Weston Road and Highway 401.

Hiding in a corner, the cat was "howling in pain," says Rescue Angels. He was unable to move, refused food, and couldn't even move his tail properly.

According to Rescue Angels volunteers, they were able to identify Rocky's owner.

"After speaking with Rocky's owner, previous foster and previous rescue where Rocky came from, they all chose to abandon him due to his costly medical expenses. Rocky's owner has no interest in taking him back and asked us to contact Rocky’s previous rescue."

As of Tuesday, the group reported that Rocky's vitals are good, but that he hasn't been able to eat on his own yet.

Rescue Angels, which runs a network of foster homes across the GTA, helps to maintain and manage colonies of stray cats. So far, the group's fundraiser has collected over $6,000 in donations for Rocky.