An attempt at an apology from Doug Ford has backfired following the Premier's false claims last week that an Ontario MPP "jumped the line" for a COVID-19 vaccine.

Last Thursday, the Premier levelled an accusation against Kiiwetinoong MPP Sol Mamakwa, claiming the First Nations representative had gotten his vaccination ahead of his turn.

Mamakwa, who is from Kingfisher First Nation in northwestern Ontario, was invited to publicly recieve doses of the Moderna vaccine in Sandy Lake First Nation as part of a push to combat vaccine hesitancy in First Nations communities.

Here is my response to Premier Ford’s comments from this morning to the media on his apology to me. pic.twitter.com/zuAz37XVjI

As part of Ontario's first stage of vaccinations, members of some Indigenous communities, including from at-risk remote areas with limited access to medical resources, are eligible for Phase I doses.

But during Thursday's question period, Ford claimed that he had "talked to a few chiefs who were pretty upset" about MPP Mamakwa "flying into a community that he doesn't belong" to.

"It's the Indigenous people across Ontario that need a public apology from him," said Mamakwa to press that day. 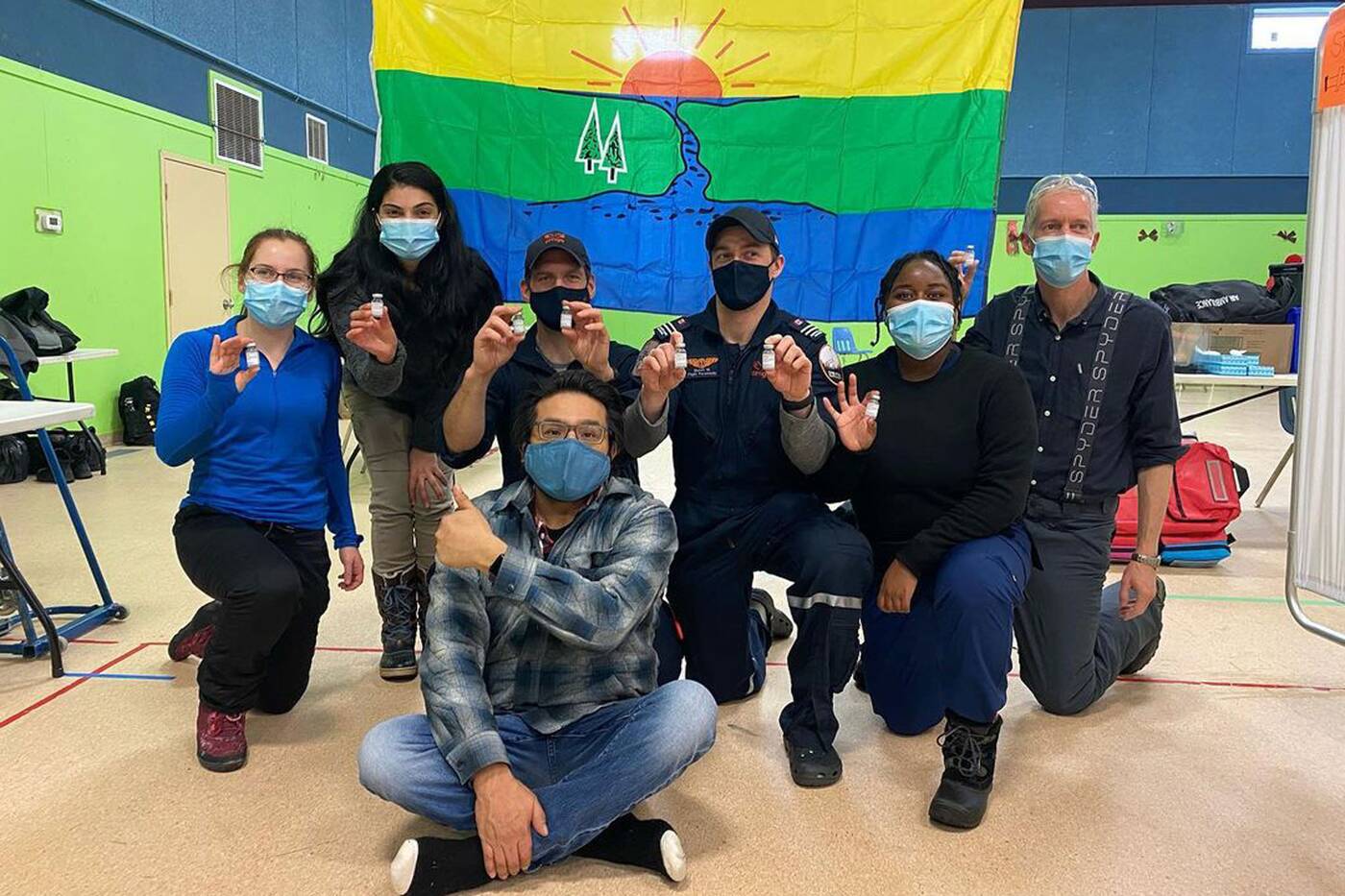 Kiiwetinoong MPP Sol Mamakwa has been supporting the rollout of Moderna vaccine in First Nations communities since early February. Photo by Sol Mamakwa.

But there was no such apology in the following days. Instead, Ford addressed the issue to press again on Sunday, chalking his comments up to politics by saying, "Let's keep in mind, we're two political parties."

MPP Mamakwa has since released a video statement calling out the Premier for "racist behaviour."

"This morning, he had a chance to undo the damage he did to the vaccine rollout for Indigenous people. He had a chance to use his platform and say, 'All indigenous adults qualify, no matter where you live, and getting your shot is a good thing, not a bad thing.' But he didn't do that," said Mamakwa.

MPP @solmamakwa, "From my experience, people only apologize for racist behaviour when they get called out on it. Premier Ford is actually expressing old colonial sentiments about Indigenous people."

Ford was given a chance to make right of a situation he created.

The MPP's video has seen hundreds of shares on Twitter, with people rallying behind Mamakwa's continued call for the Premier to address the issue of vaccinations for Indigenous people living in urban areas of Ontario, clean drinking water, and decent housing in First Nations communities.

"I'm disappointed that the Premier is hurting rather than helping us in that mission," said Mamakwa.