WE Charity remains embroiled in controversy nearly a year after allegations of racism and illegal business practices that sent the multimillion-dollar youth activism network spiralling into disrepute.

Founders Craig and Marc Kielburger have stepped down from WE Charity, but it turns out that the organization is still sitting on plenty of Toronto real estate—property which they promised to sell in September. 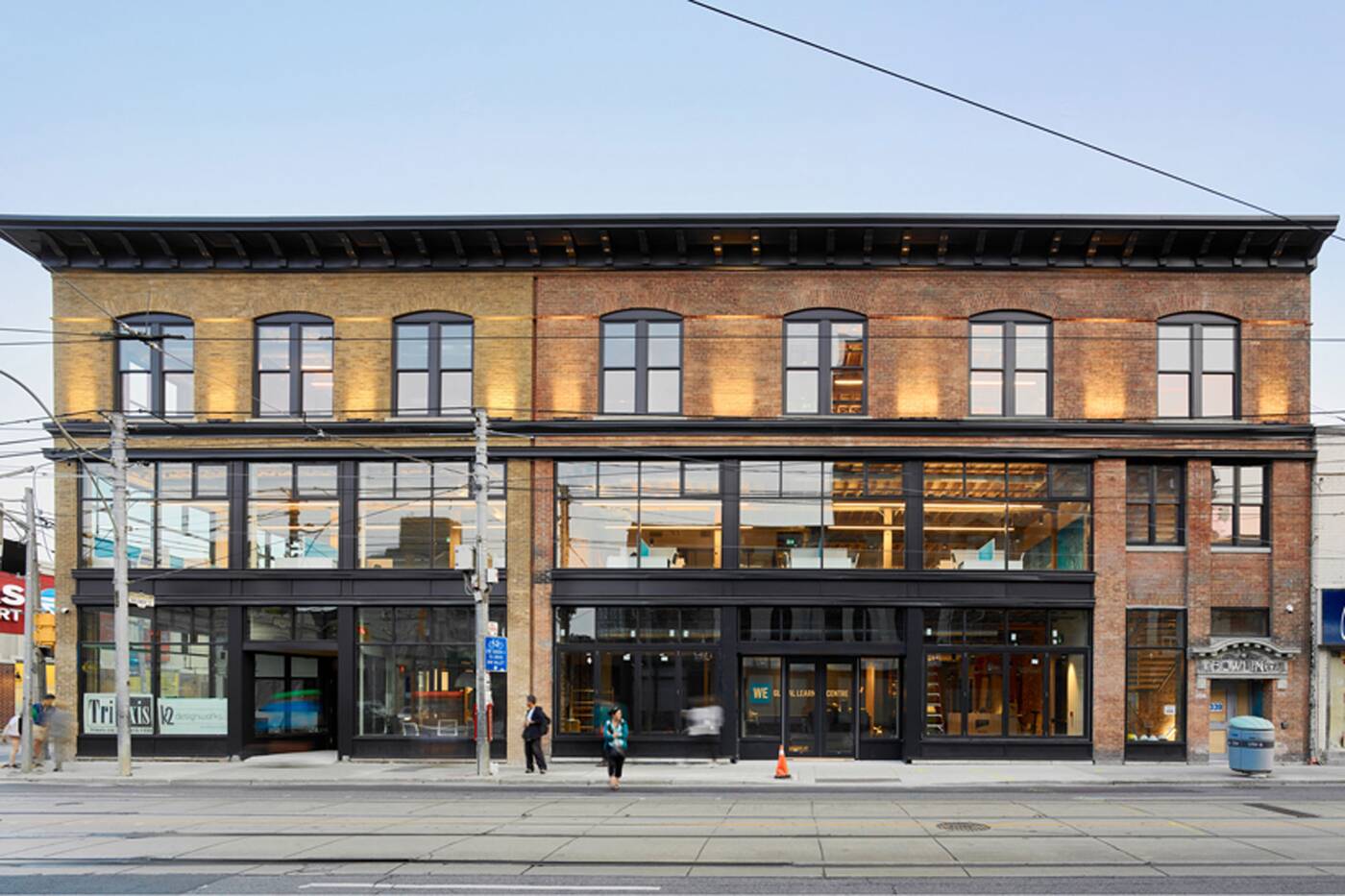 WE Charity has yet to sell off their massive headquarters at 339 Queen St. East. Photo by Kohn Architects.

Over the course of five years, starting in 2020, WE amassed over $50 million in real estate in Toronto's Moss Park and Regent Park neighbourhoods.

Several buildings are part of their Campus for Good redevelopment, which provided housing for cohorts of entrepreneurs under 35 years old.

All its properties reside in a single block, said the charity to the National Post last year.

There's technically no need for WE Charity to still be sitting on any Toronto real estate. Following a controversial $19.5 million deal involving the Trudeau government gone bad, the organization announced it was shutting down its Canadian operations. 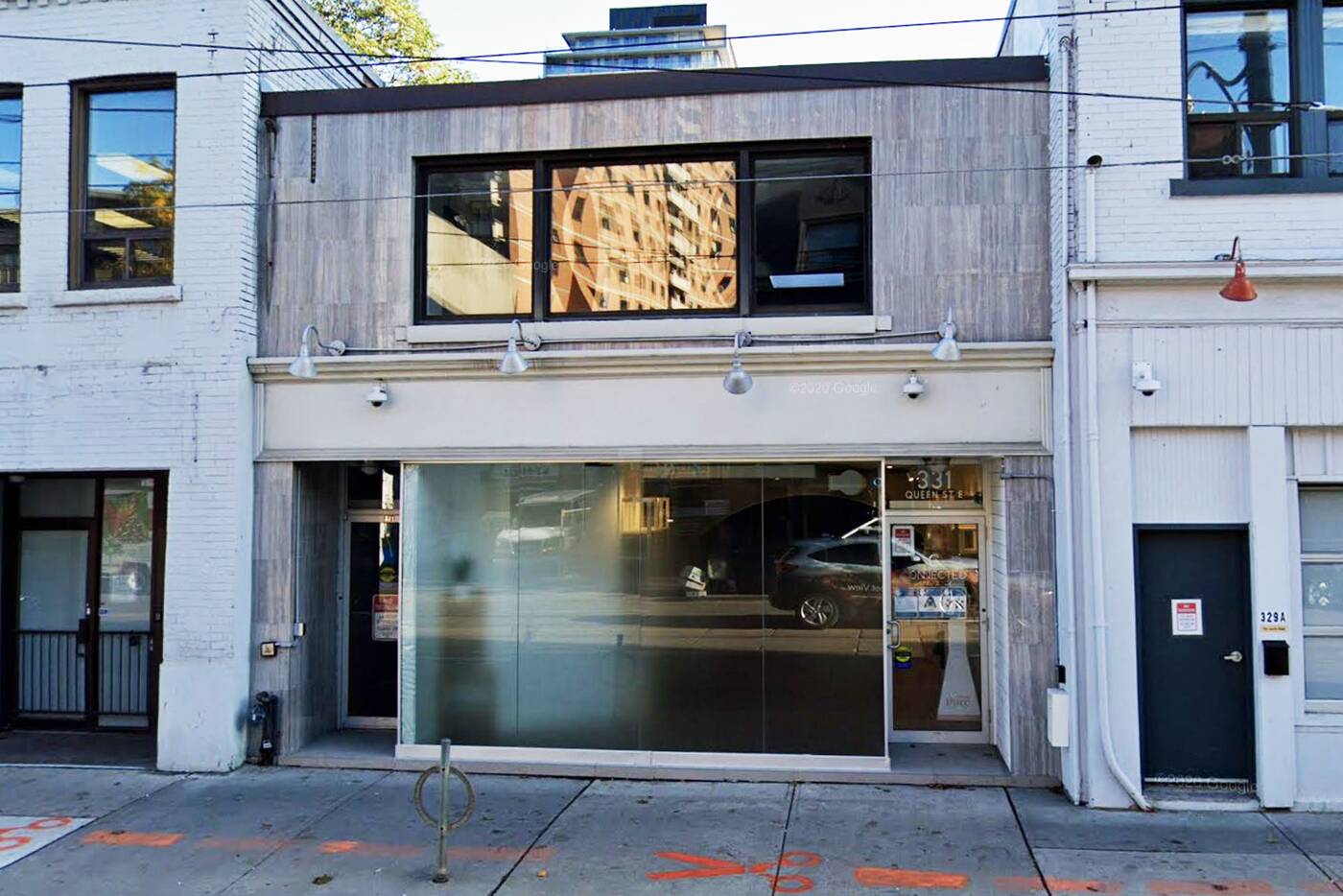 The charity still owns at least nine properties in Toronto's Moss Park and Regent Park neighbourhoods, including a row of buildings on Queen St. East. Photo via Google Maps.

In an open letter posted to their website in September which has since been taken down, WE stated that any money from property sales would go to an endowment fund, overseen by a new board, to continue work on humanitarian projects abroad. That included infrastructure projects in Kenya and Ecuador.

But as of 2021, WE still has ownership of at least nine properties. Details of whether those properties are up for sale, and for how much, are unclear. WE Charity did not immediately respond to blogTO's request for comment.

A number of the properties have also recently been listed as heritage buildings, which will make the selling process more complicated and possibly more lucrative.

Here's the list of known WE Charity properties in Toronto: