Toronto family raise more than $12,000 to save dog who fell from third floor window

A Toronto dog in desperate need of surgery has seen an outpouring of support from fundraisers after falling from a third-storey window.

Tank, a rescue described by his family as "hyper, rambunctious, loving, and a loyal dog", was barking at a passing dog when he tumbled out of the window of his home by Broadview and Danforth this past weekend. 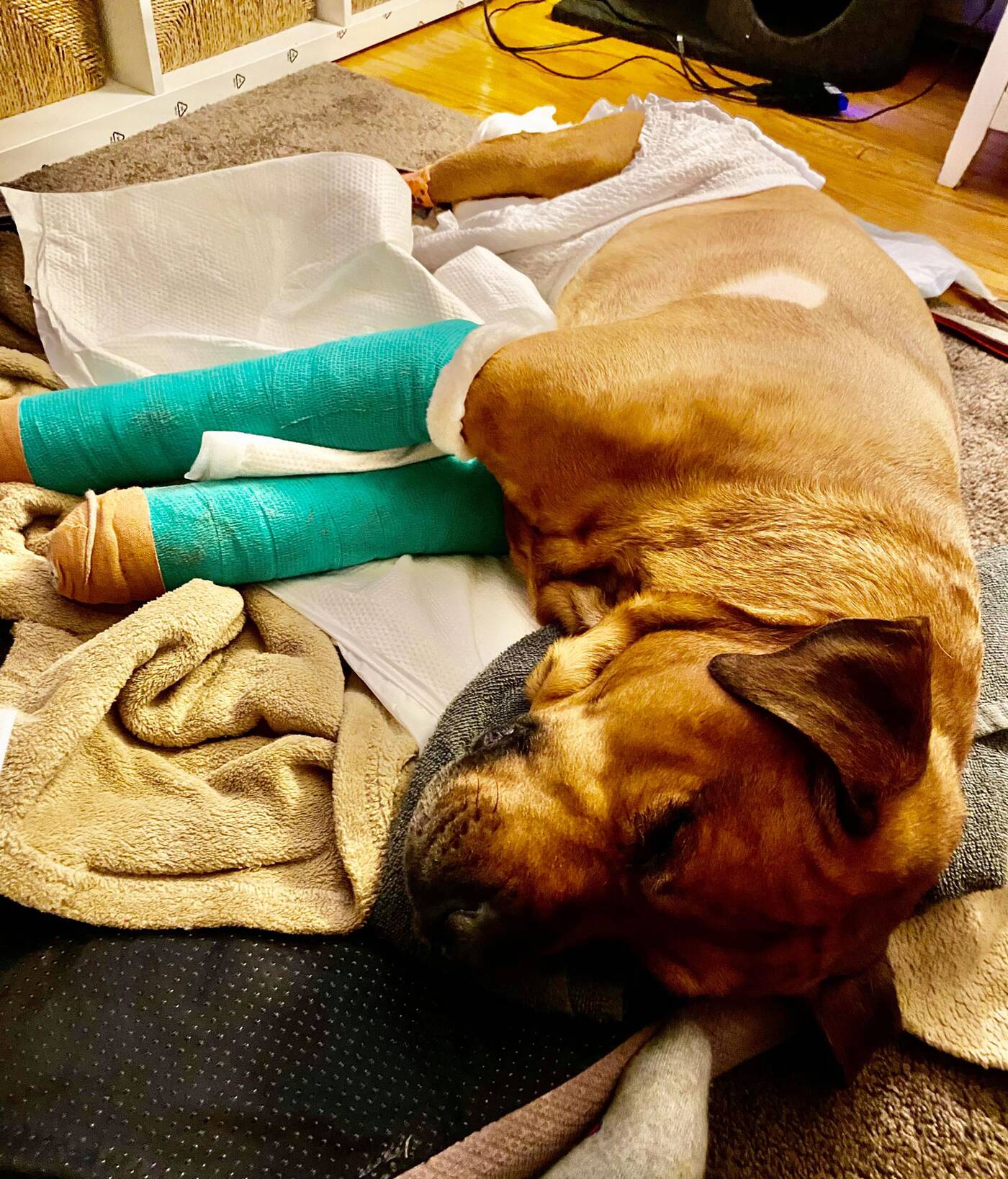 Rescue dog Tank fell out a third-floor window this past weekend.

His owner Megan Mugford says that he sustained extensive damage to his front legs, abrasions to his eyes, muzzle, and swelling in his jaw.

"We are deeply saddened by this accident because before this happened, Tank used to hop like a bunny and jump like a kangaroo, bringing smiles and joy to our family everyday," Mugford told blogTO.

Now, Tank is pretty much immobile. He's splinted and heavily medicated. He has barely eaten or drank anything.

"Tank is in a lot of pain, we're trying to keep him calm and comfortable. He's getting more agitated as the days go by and it's hard to keep him still as he can't be walking around too much or at all really." 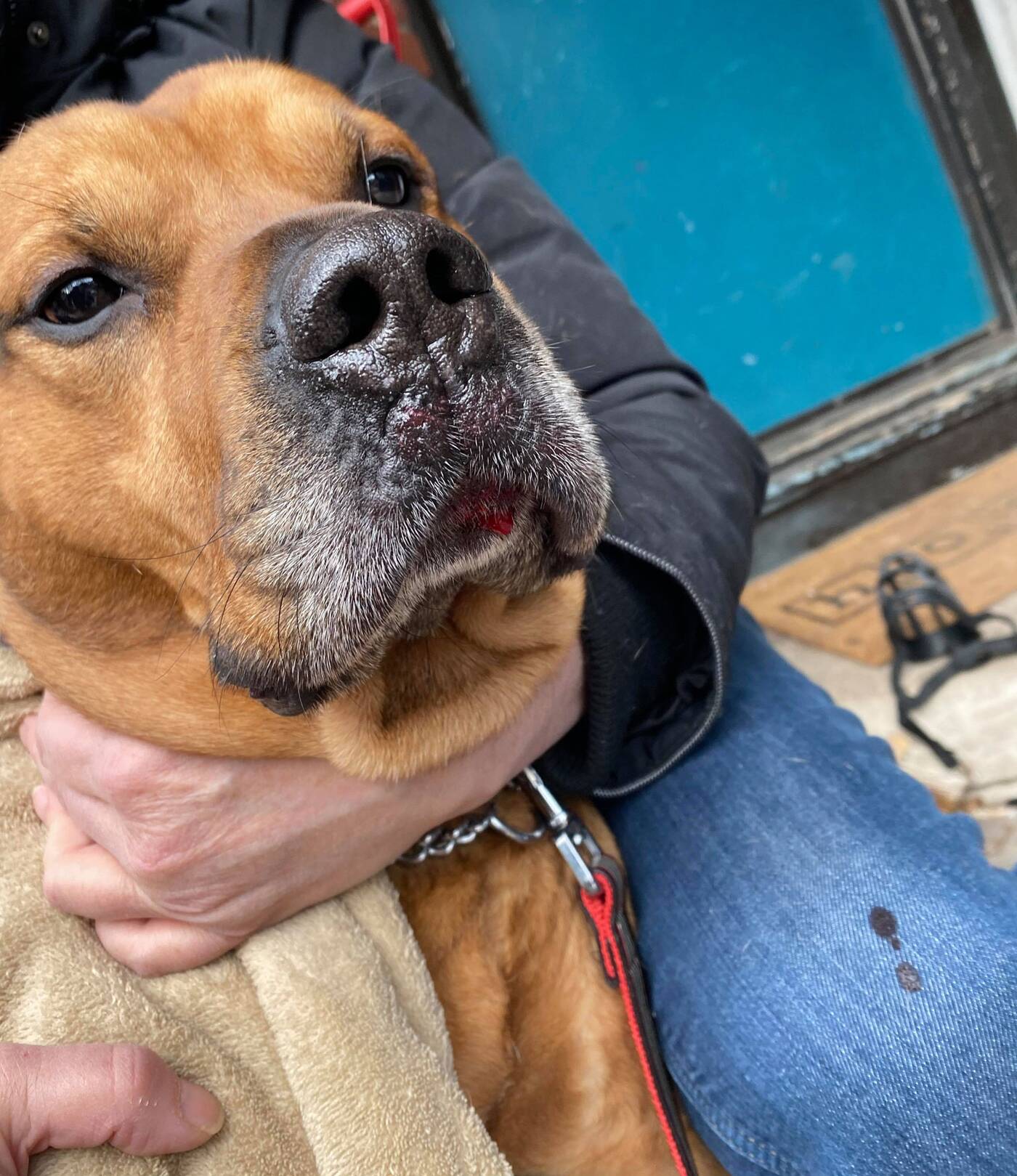 A photo of Tank right after he fell out his home's window by Broadview and Danforth.

Severe carpal hyperextension injuries means that Tank needs surgery, specialists, and physiotherapy and orthotics for both legs moving forward. It will be a pricey recovery process, costing thousands of dollars.

Mugford is a student who lives in a housing co-operative with her four kids. The window which he fell out of has been broken for some time, but upgrades to the co-op were postponed due to COVID-19, she says.

She has been forced to take the dog to her mom's home, since he can no longer use the stairs. 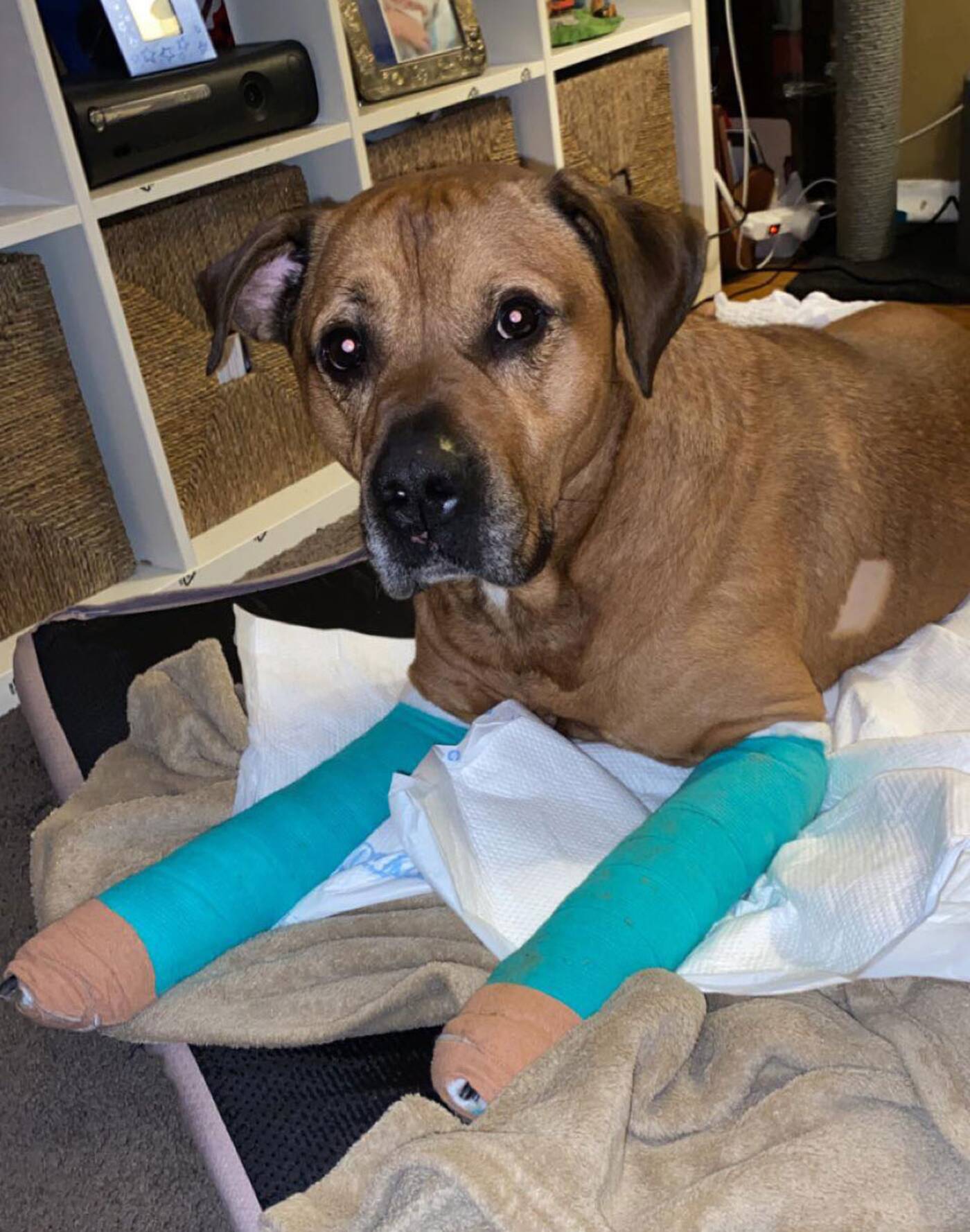 Tank will need extensive surgery, medication, and physio that will cost thousands of dollars.

"Not only is Tank traumatized by the fall, my children are also devastated and confused as to why Tank has to be elsewhere and so do I, to care for him," she said.

But as of Thursday, a GoFundMe started for the family has raised over $12,000 for Tank's recovery process. Mugford says that she's shocked and grateful for the generosity.

"I can't even put into words the extreme gratitude our family is feeling at the moment," says Mugford. 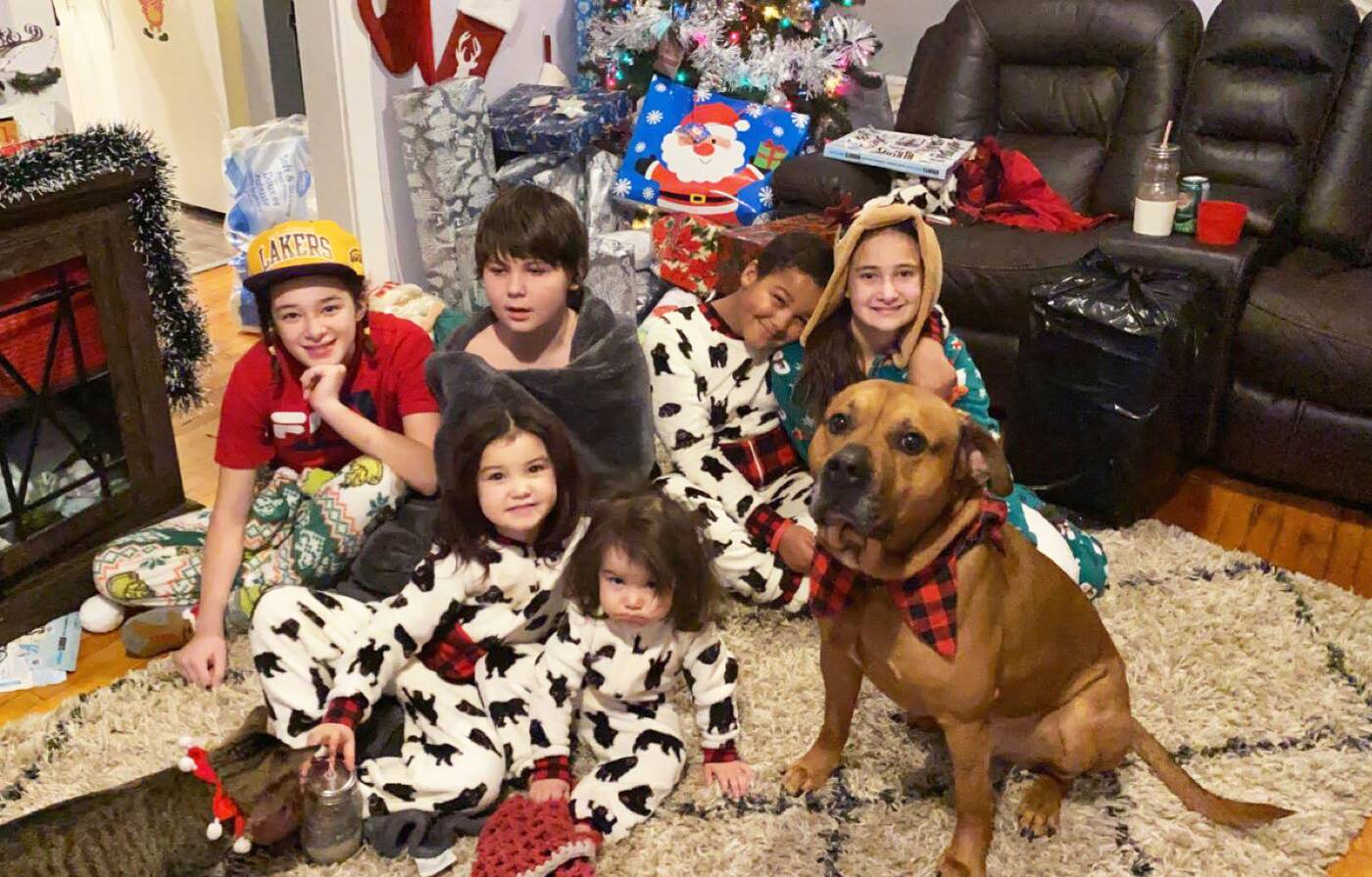 Tank, who Mugford guesses is around six or seven years old, was adopted by the family around five years ago. Some of his favourite pasttimes include "being a comfy furry pillow for his little brothers and sisters," says the GoFundMe.

The more than $12K in donations will go towards Tank's sugery to repair his front legs ligaments. Rehab and medication will cost more, but the family is hopeful.

"Tank is strong and we know he's got a long loving life ahead of him once he gets through this surgery."