The Grade 11 high school student has lived in Toronto his entire life and received his diving certification with his dad when he was just 10.

With diving the warmer waters of international tropical destinations off the table this year and Humber Bay now the only water not frozen over, this is where Mark has been heading for weekly dives. And he figures he might as well help with some trash clean-up while he's down there. 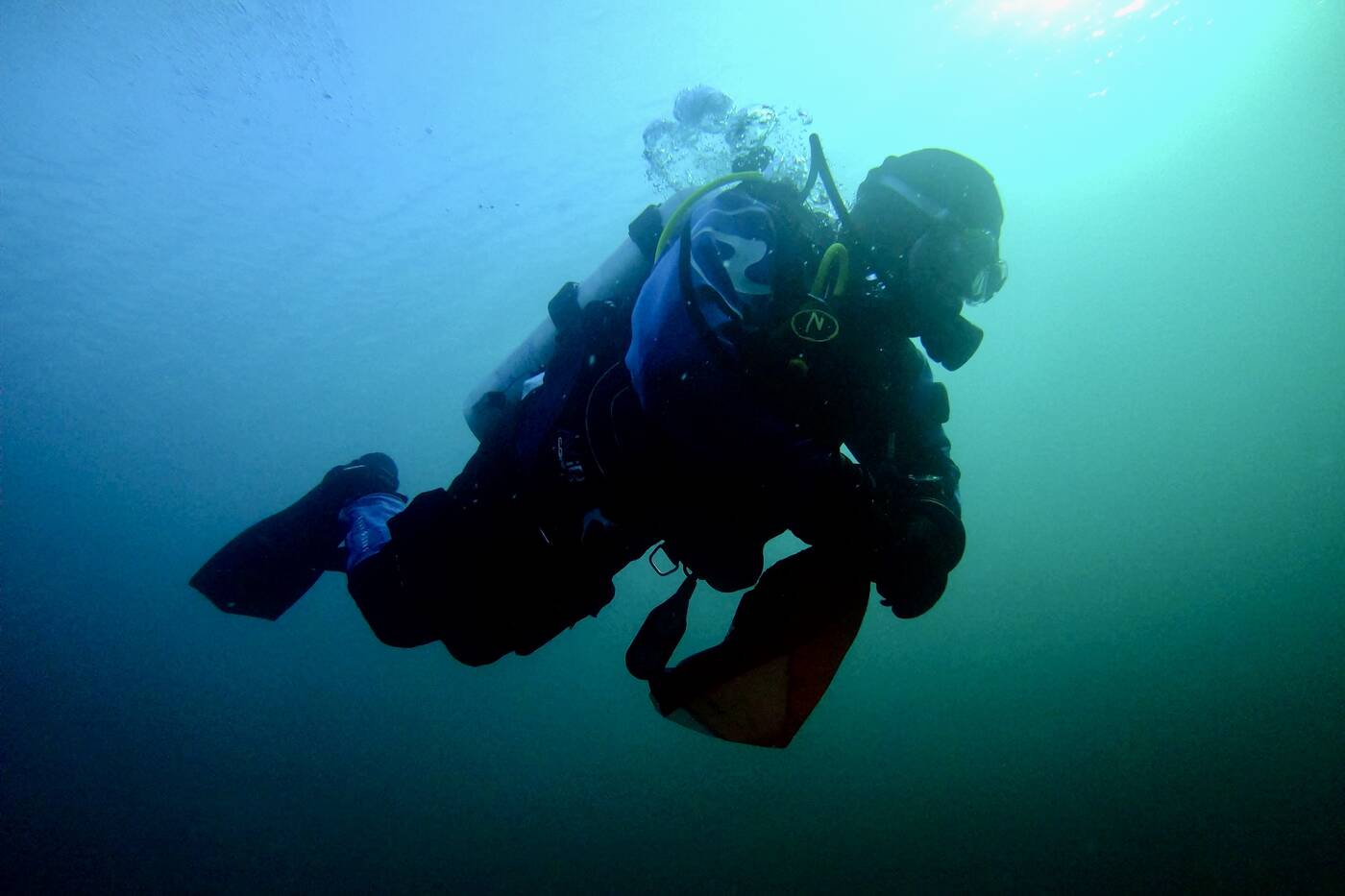 "Due to the water temperature and unpredictable weather conditions, it's difficult to find people to do a cleanup," he told blogTO.

"The Toronto diving community is already fairly small compared to diving communities in cities like Miami or Florida, and even fewer people have the equipment to dive in water that is slightly above freezing."

Mark says that means there's a good chance that all of the garbage will be sucked out into Lake Ontario during March storms before anyone can get it out of the water.

And on his latest visit, Mark found more trash than usual.

"Humber Bay is usually a very clean site in terms of garbage. I dived the site two weeks ago, and as I went along I picked up any garbage I found. I surfaced with only a small bag of garbage, containing a couple beer cans, a bag of chips, and a water bottle," he says.

"When I dived the site on Sunday, the amount of garbage in the bay was like nothing I have ever seen there before. There were huge fields of shopping bags, gloves, masks and beer cans."

Although he doesn't think that the dumping is being done maliciously, he hopes that his video, which was created to highlight the amount of litter, will encourage people to make more of an effort to clean up their trash to protect Humber Bay.

"More likely than not, this trash comes from people who are having get-togethers at the bay, and not cleaning up after themselves. The wind then blows all the garbage into the water," he says.

"The problem can be solved very simply by just cleaning up after yourself."