Though exactly what he'll be wishing for remains a mystery, Kara Hutchings has been in search of a wishing well for her five-year-old son.

"When I was putting him down to bed, he said, 'Mom, can we go to a wishing well? I need to make a wish.' I said, 'What're you gonna wish for?' And he said, 'I can't tell you,'" Hutchings told blogTO. "I'm guessing he saw it in some cartoon."

Albeit a rather strange request, Hutchings was determined to do her best to deliver and took to the South Etobicoke Community group on Facebook for help. 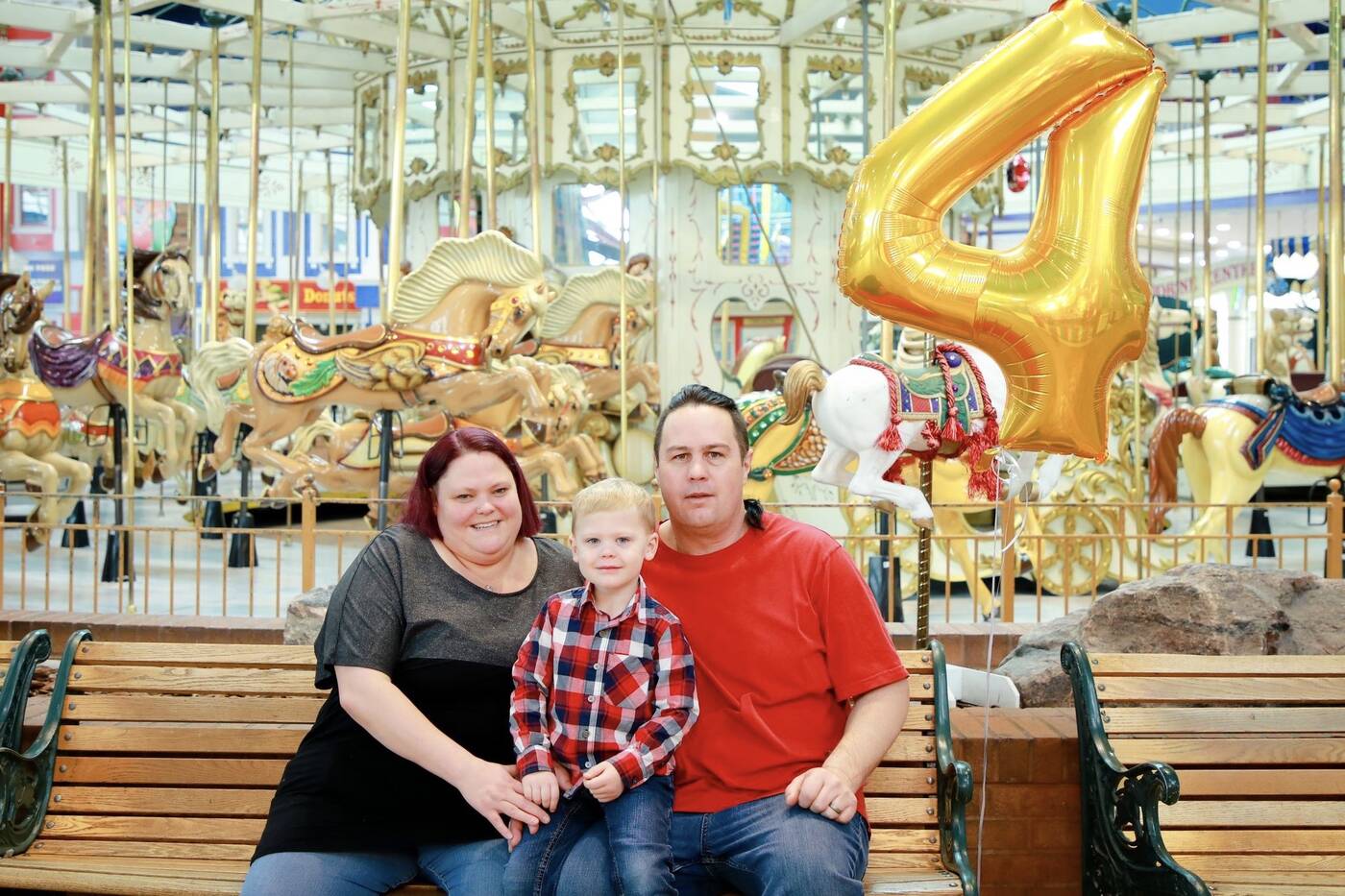 Kara Hutchings with her son and partner on his fourth birthday. Photo by Maxwell Griffin Photography.

"During a weekend in lockdown, there isn't much else to do but tromp around in the snow looking for a wishing well," she says.

"Though I've been in the community for 21 years I have no idea where to find a wishing well or if one even existed, so I thought maybe someone would have one on their front lawn that they'd be willing to offer for a five-year-old."

Since posting in the group, people in the community have offered their neighbour's fountains, suggested dentist offices with one, and even offered to shovel the path to one that might be snowed in.

Someone else even offered to lend them some lucky coins for the occasion.

"It was so heartwarming to open my Facebook to notifications of hearts, and saying I'm a good mom, or how wholesome the post was. It was a really great response from an amazing community," says Hutchings.

With help from the group, Hutchings and her son will be checking out a wishing well this week.

"I think I'm going to try one down at Emerald and Sixth Street because it's close to us," she says. "Somebody had posted saying it was their neighbour's and she could let her know in advance that we were going to come."

Here's to hoping that every one of the little guy's wishes come true.