In another installment of "Small Ontario town tries to convince people to relocate there using gimmicky campaign," Owen Sound is now giving away free flannel pajamas to prove it's the new "Work From Home Capital of Canada."

The Southwestern Ontario city is running a new campaign encouraging people to consider moving to the area, promising a more "relaxed lifestyle" for those who work remotely.

"It's a place so comfortable that you'll notice your neighbours putting out the trash in a suit jacket and pajama pants because hey — they're making work from home as enjoyable (and easy) as possible. Reality is, business is from the waist up, so why bother with pants?" reads the campaign's website.

"We prefer to keep it real… real comfortable as working from home is our jam... well jammies."

And they're not kidding.

The campaign features photos of residents wearing the so-called "Official Owen Sound Business Jammies" in a number of scenarios where PJ's wouldn't normally be considered appropriate attire, including walking down the street and grabbing a coffee at a local cafe. 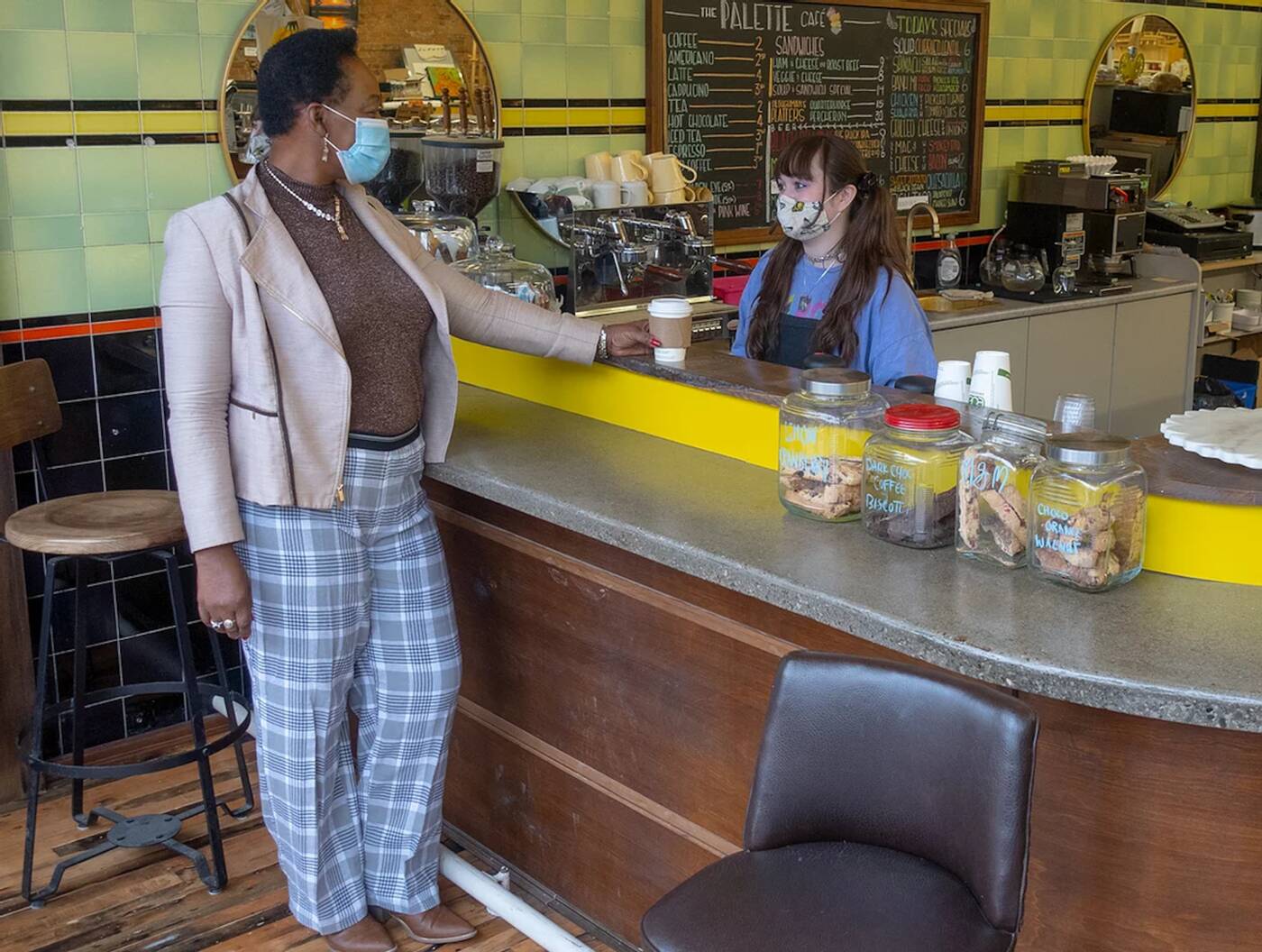 It even features a photo of Owen Sound Mayor Ian Boddy wearing the pants while speaking at a press conference. 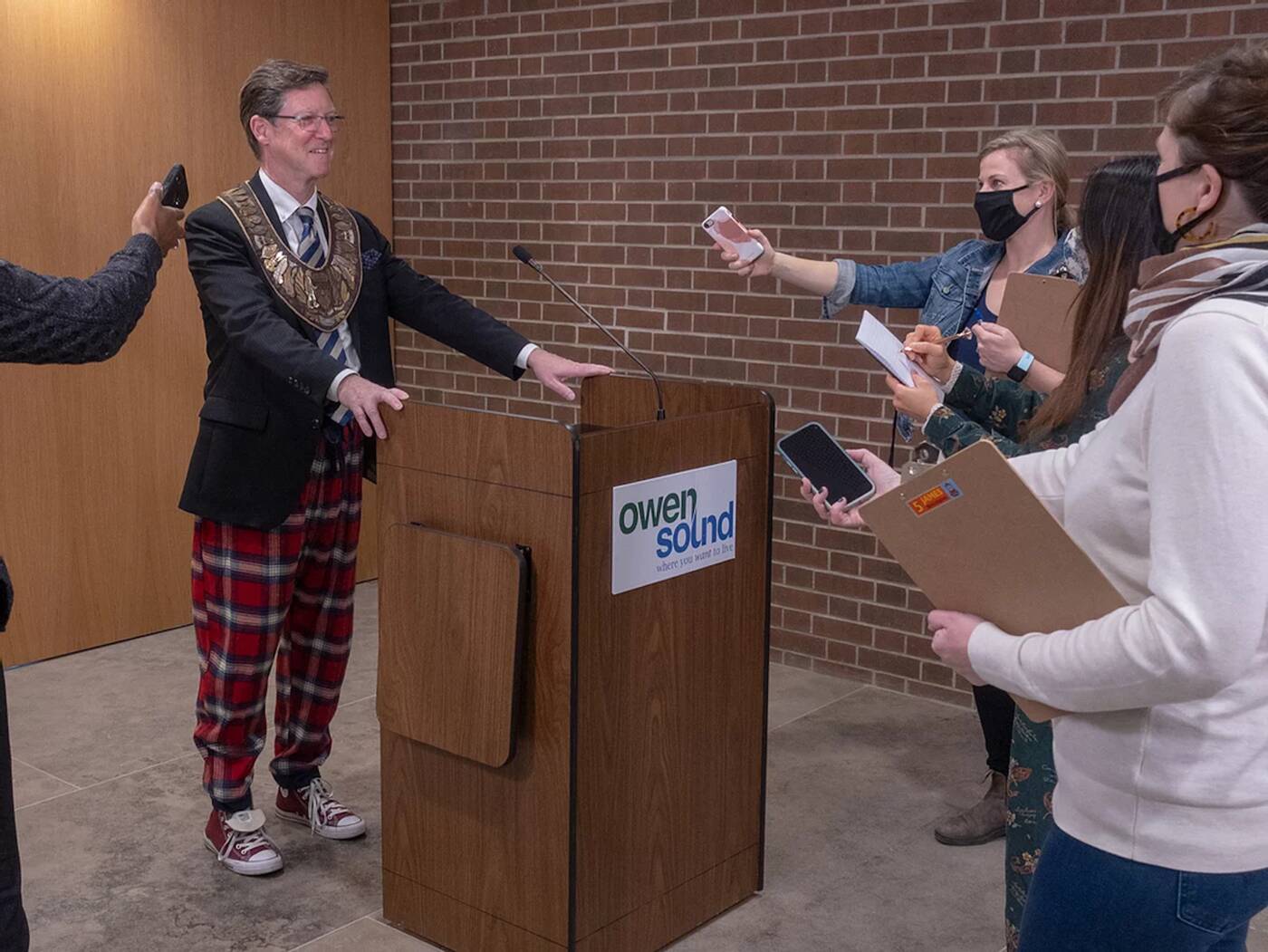 Clearly the unspoken dress code is a little different in this city compared to, well, everywhere else, though the campaign does mention that "[they] really want smart, stylish people in [their] town."

The city is also boasting cheaper real estate and a more affordable cost of living as reasons why city-dwellers should consider moving there, especially as housing prices in surrounding areas have already seen major increases recently.

"Just 2 hours from the GTA, Owen Sound is the Work From Home Capital of Canada*. With its close (enough) proximity to Toronto, 5G wireless networks, natural beauty and wide open spaces to explore, it is the perfect place for your life (and remote work) balance," reads the somewhat convincing campaign.

"Just imagine how much time, energy and money you can save by living in a place where you can get anywhere in the city in 11 minutes... in your PJs."​