This memory box shows a peek at Toronto in the 1950s

Full of receipts, business cards, ticket stubs, photographs, and even a wedding planner, an old filing box served as a carrier of Nee Heather Handy's memories for a good 60 years.

"You can see that it's been packed from so long ago. I don't know how many places she's totted this from but here we are, years later," her daughter, Corinne Knight told blogTO.

"Honestly if I had come across this when she was alive, I would've made fun of her and told her to get rid of all this stuff. Now that she's passed away and to see how important it was for her at that time, it's lovely." 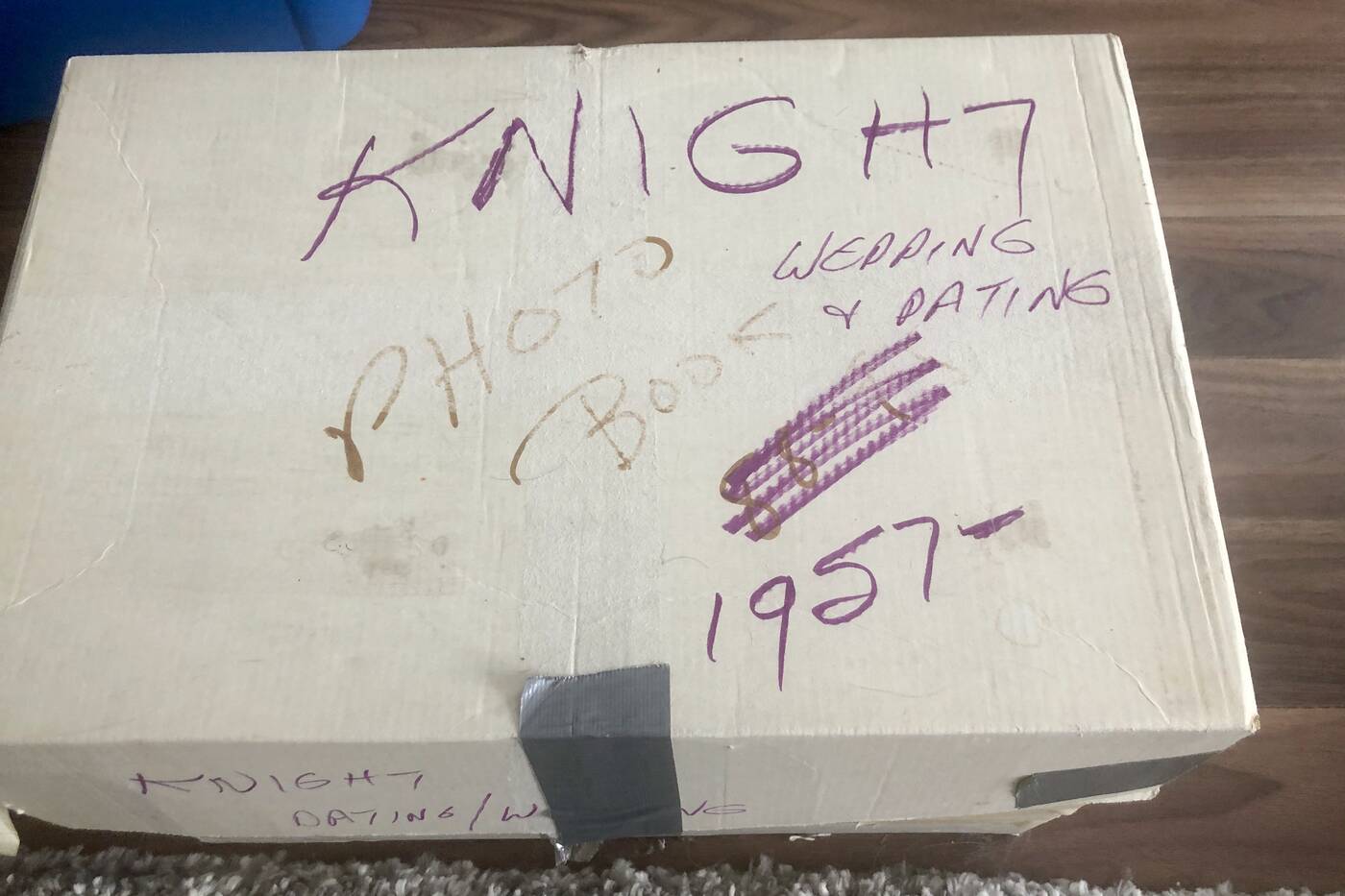 The box that's full of Toronto mementos from the 1950s and 60s was found in Knight's late mother's basement.

Knight's stepfather brought the box to her Muskoka home after it was found tucked away in her late mother's basement.

The carton is full of mementos from the mid-1950s to 1960s, at which time Knight's Brampton-born mother was 15 years old, dating Knight's father, and taking frequent trips into Toronto.

"Back then, there really wasn't much of Brampton. It would've been an old farm town so anything major, going to a theatre or stock car racing which they did a lot, all of their dates would take place in Toronto," Knight said.

"She kept everything. Movie theatre stubs and wrappers from their dates and her and her friends' outings. Awesome pictures of old cars and how people used to dress up for night outs with their hair all down." 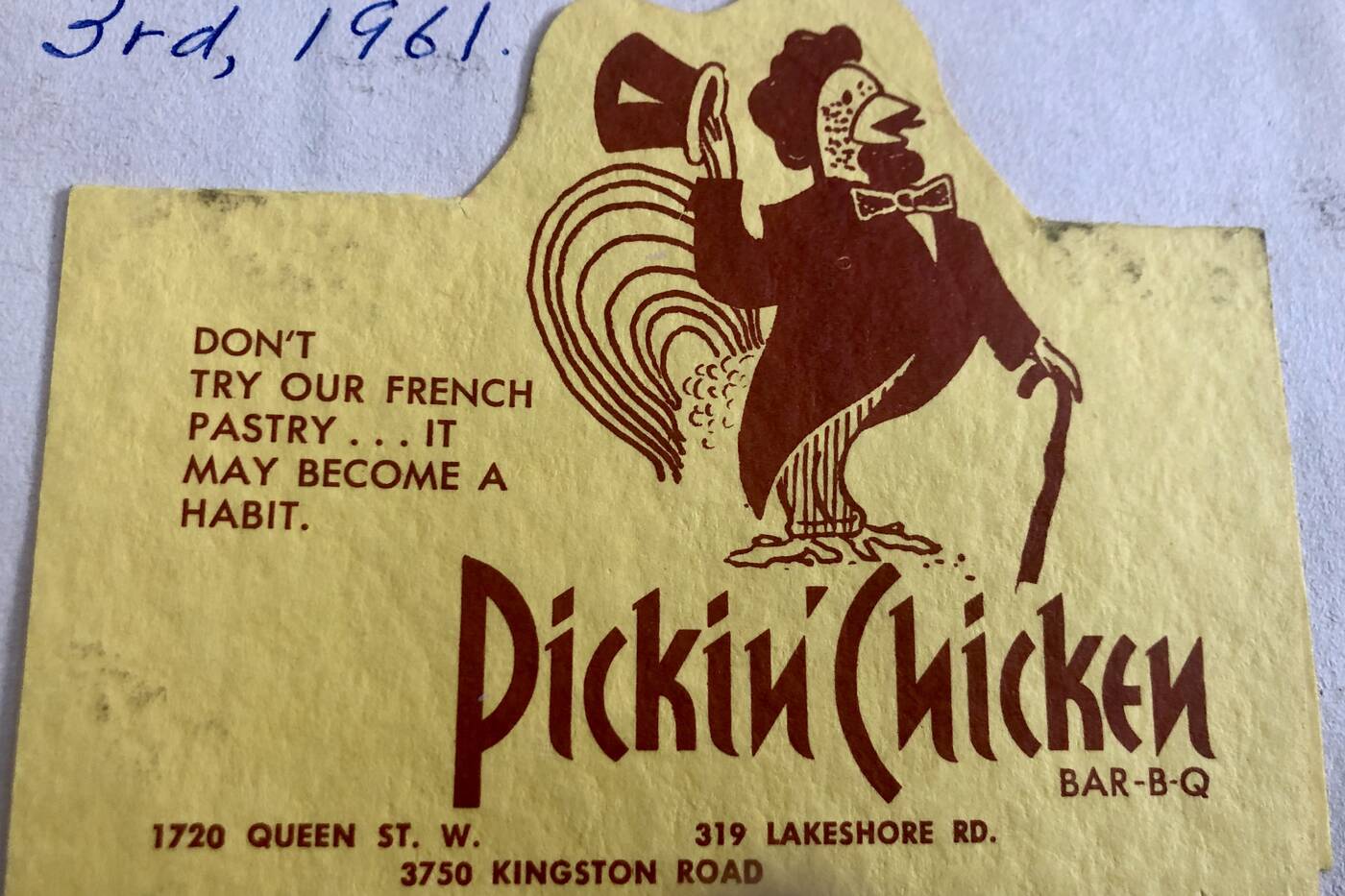 With three locations in Etobicoke and Toronto, Pickin' Chicken BBQ was a well-loved restaurant until it closed in 1970.

A business card for Pickin' Chicken BBQ, which was opened in 1953 and was a popular spot for chicken in Etobicoke and Toronto until it went bankrupt in 1970, was found in the box. As well as a coupon stub for the Rio and Broadway theatres, both of which were once staples for entertainment in the city.

A daily journal from their honeymoon in Pennsylvania and a full expense sheet for their Brampton wedding were also found inside.

"I added it up and their whole wedding, photographer, cake, everything all in was around a thousand bucks."

Knight says the box gives a quick glimpse into another time in Toronto where prices were low and innocent activities were all the rave. 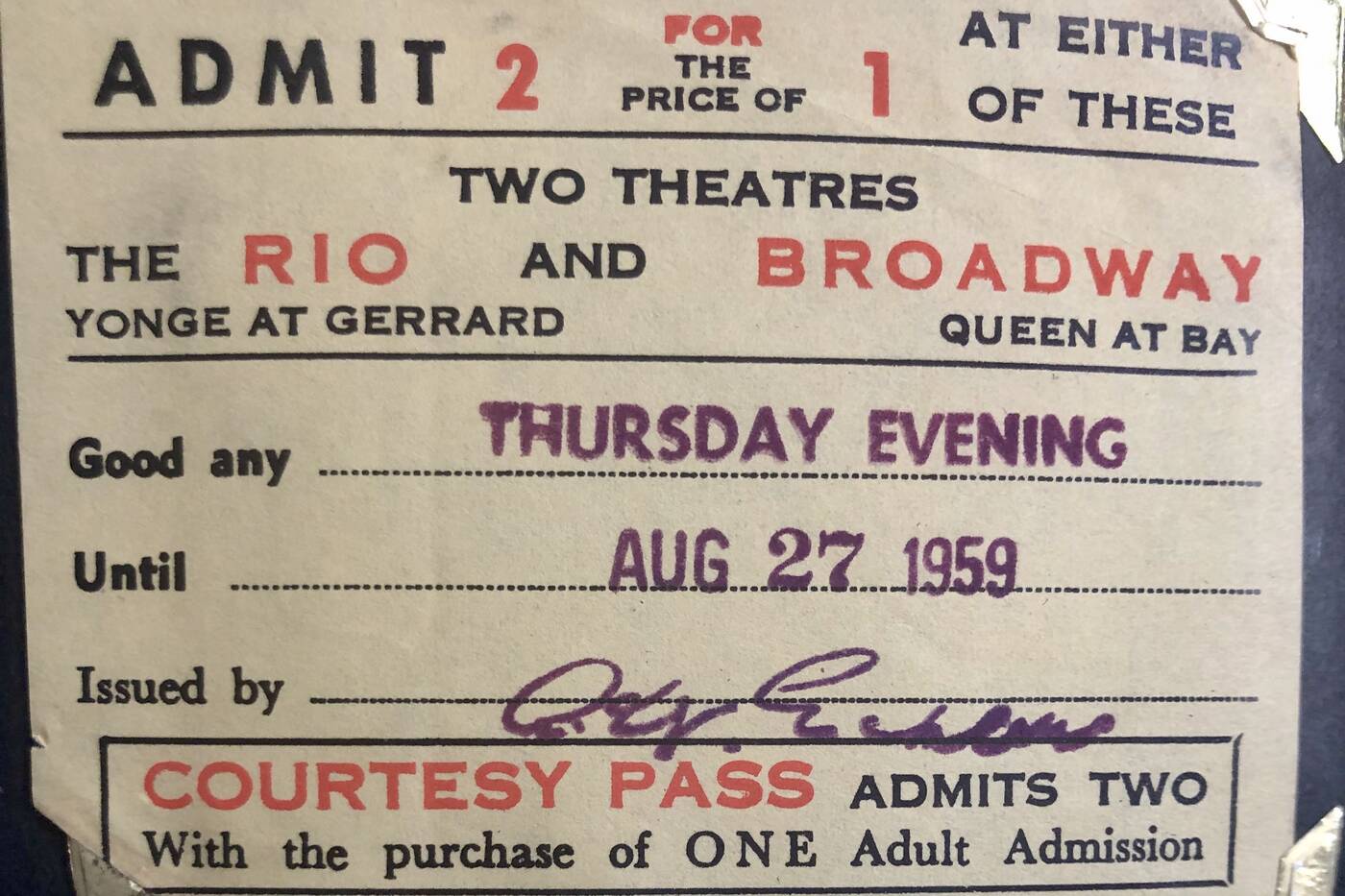 Coupon stub for the Rio Theatre (one of the first movie houses opened in the city) and the Broadway Theatre that expired in 1959.

"It was interesting to see how much things have changed and the prices of things," she said.

"They were part of these teen dance clubs that were like $5 for a year membership and they could go every week. And they were doing things like bowling nights and all these things that we really don't do anymore. Everything was just kind of seemingly so innocent and predictable and fun."

But for Knight, the most exciting part was just seeing how happy her mother was back then.

"She had faith in my father and faith in their relationship and her friends in the photos, she remained friends with till the day she died." 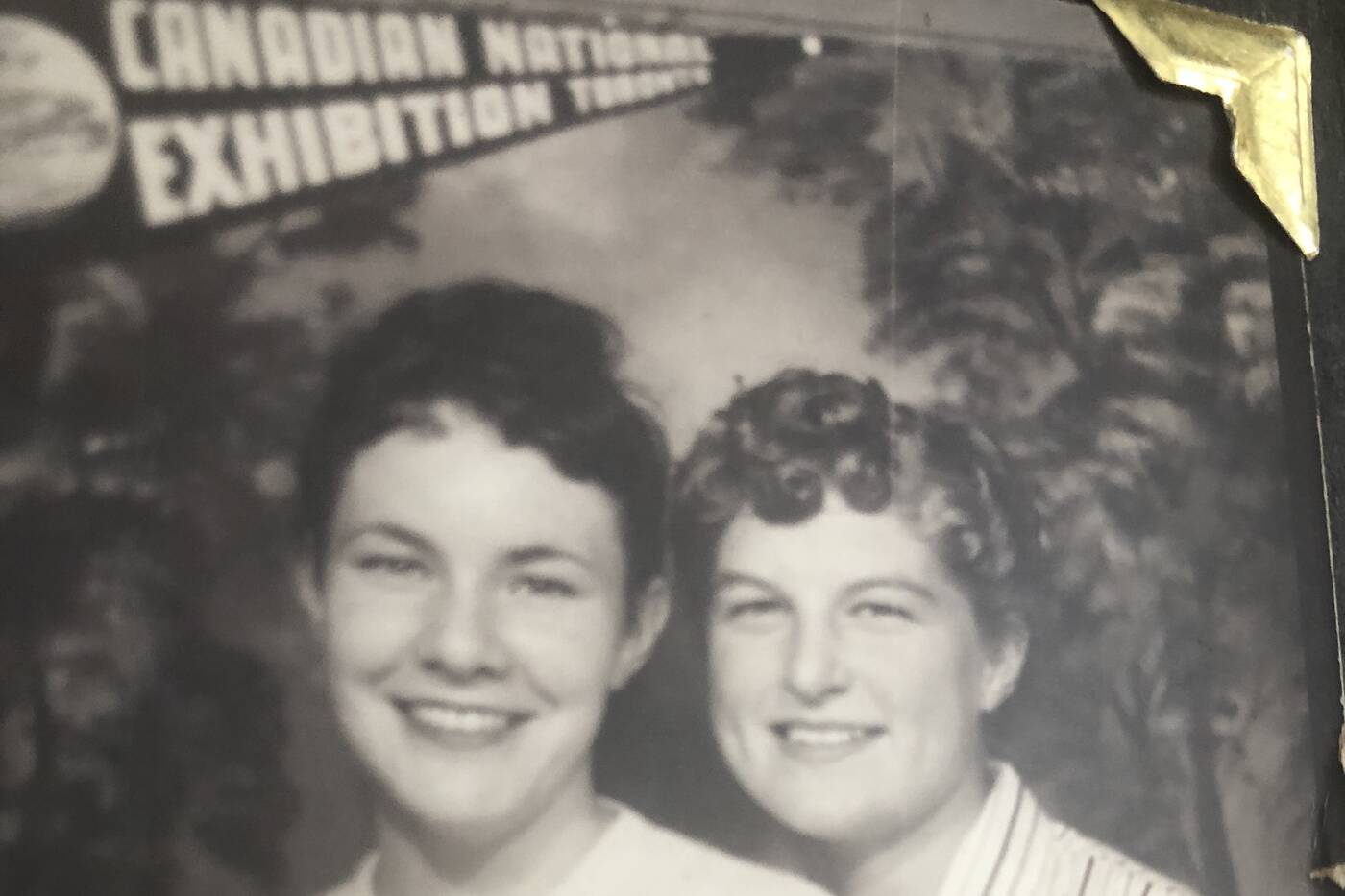 Nee Heather Handy (on the right) with a friend at the Canadian National Exhibition in Toronto.

Knight says although her mother was the sentimental type, she can't say for sure why she'd hold on to the box for so long since her parents didn't stay together.

"Maybe she held on to it to remember a happy time in her life," Knight said.

"Or maybe she knew at some point, I would look through this box and have these really great feelings about it, and be able to see both parents in a different light, in a different time."