With less foot traffic and loose change in our pockets, Marc Abesdris and Evan Mintz wanted to find a practical way to give to those experiencing homelessness in Toronto.

"There are not as many people out and people aren't carrying change as much as they used to, so how is that affecting the people that want to donate but don't have the change?" Abesdris told blogTO.

"And how is it affecting those experiencing homelessness not being able to receive those donations?"

The two friends started Card for Change, a GoFundMe with all donations going toward Tim Hortons gift cards to then be handed out to those who need them in the city.

"When we say Card for Change, we really just mean that we want your change. The 25 cents that you'd roll down your window and put in someone's cup, we're asking for that," Abesdris said.

"And by virtue of building a community and getting more people involved, that change will add up really quickly." 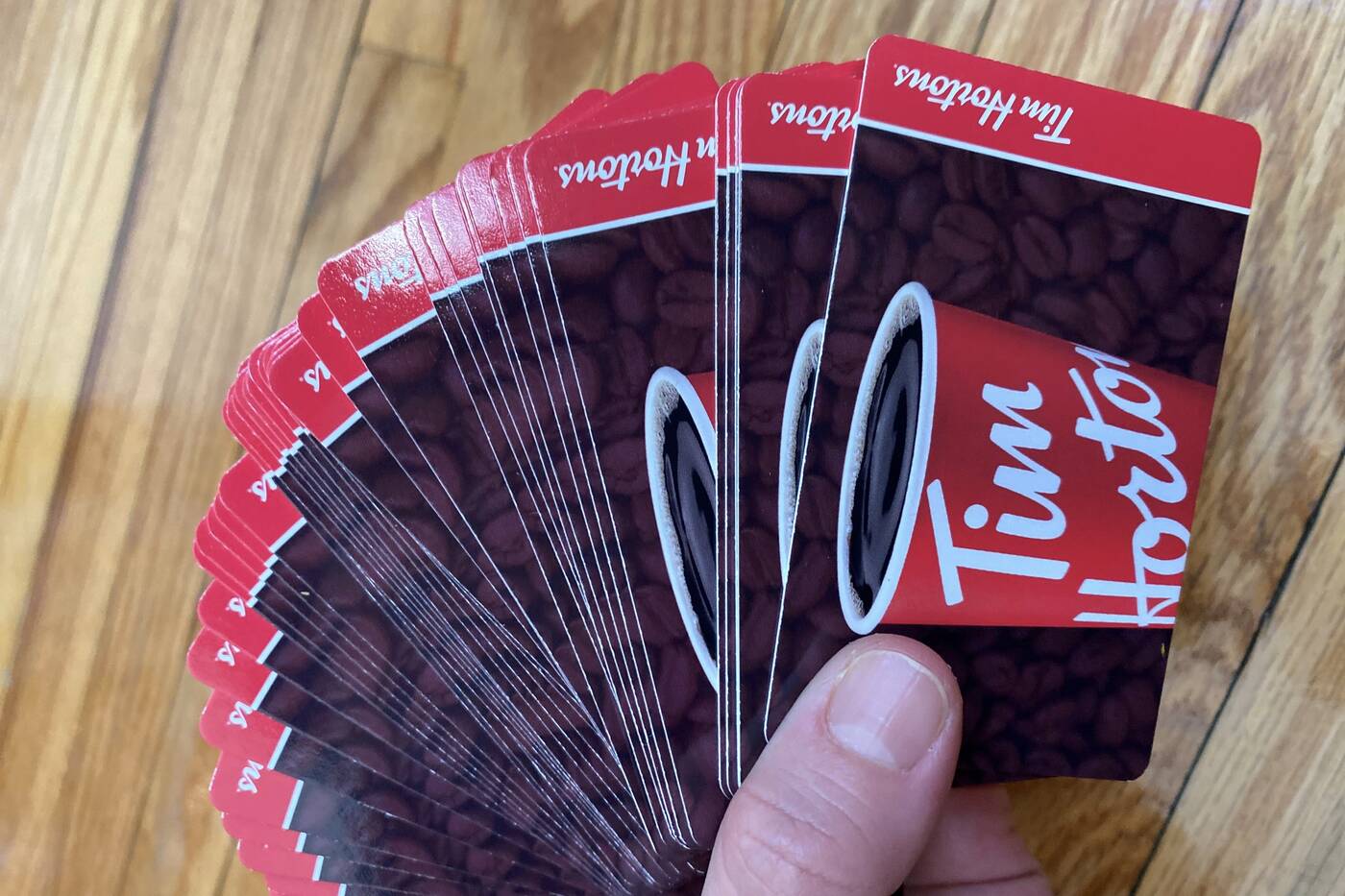 Card for Change has raised over $2,500 with $500 of that already put toward Tim Hortons gift cards and handed out.

So far, they've raised $2,705 toward their $5,500 goal. $500 of that has already been put toward 50 different $10 gift cards and handed out at Trinity Bellwoods Park and in the west end neighbourhood.

They choose Timmies due to its accessibility and food and coffee options but have been open to suggestions from those receiving the gift cards as they'd like to expand to more restaurants and stores.

"Everyone has greeted us with gratefulness, they're thrilled to be getting a gift card but when we're talking to them and telling them that we're raising money they're able to tell us, 'We need underwear, we need socks,'" Abesdris said.

"The way the pandemic has affected small businesses, we see an opportunity. Although they may not be as accessible, we're thinking of ways to collaborate. We're just trying to tap into as much good as we can."

Mintz says whether they donate or not, he hopes the initiative will inspire others to give in a similar way.

"It'd make such a difference if everyone just started carrying around gift cards in their cars and their pockets. My buddy says he's gotten gift cards of his own to keep in his car. That was one of the most motivating things to hear."

The friends say the idea of the GoFundMe came from living in the city and seeing the situation around homelessness worsen with the pandemic.

"We can form a bigger community to create a bigger impact and we just don't think that this should be swept under the rug anymore," Abesdris said.

"People need practical solutions to this. This is really about doing something good, about the greater good."