A woman serving strong April Ludgate vibes is wanted by police in Toronto after allegedly assaulting a stranger in the city's downtown core.

The Toronto Police Service announced on Wednesday that they are seeking the public's assistance to identify the woman in relation to a "hate-motivated assault and mischief investigation."

According to police, the woman approached a 48-year-old man and his friend at Yonge-Dundas Square on Saturday, Nov. 14 around 11:30 a.m.

She is said to have yelled at the man before punching him in the head "a number of times" and then grabbing what police describe as "a religious item" from his hands. Police say the item fell, causing it to break. 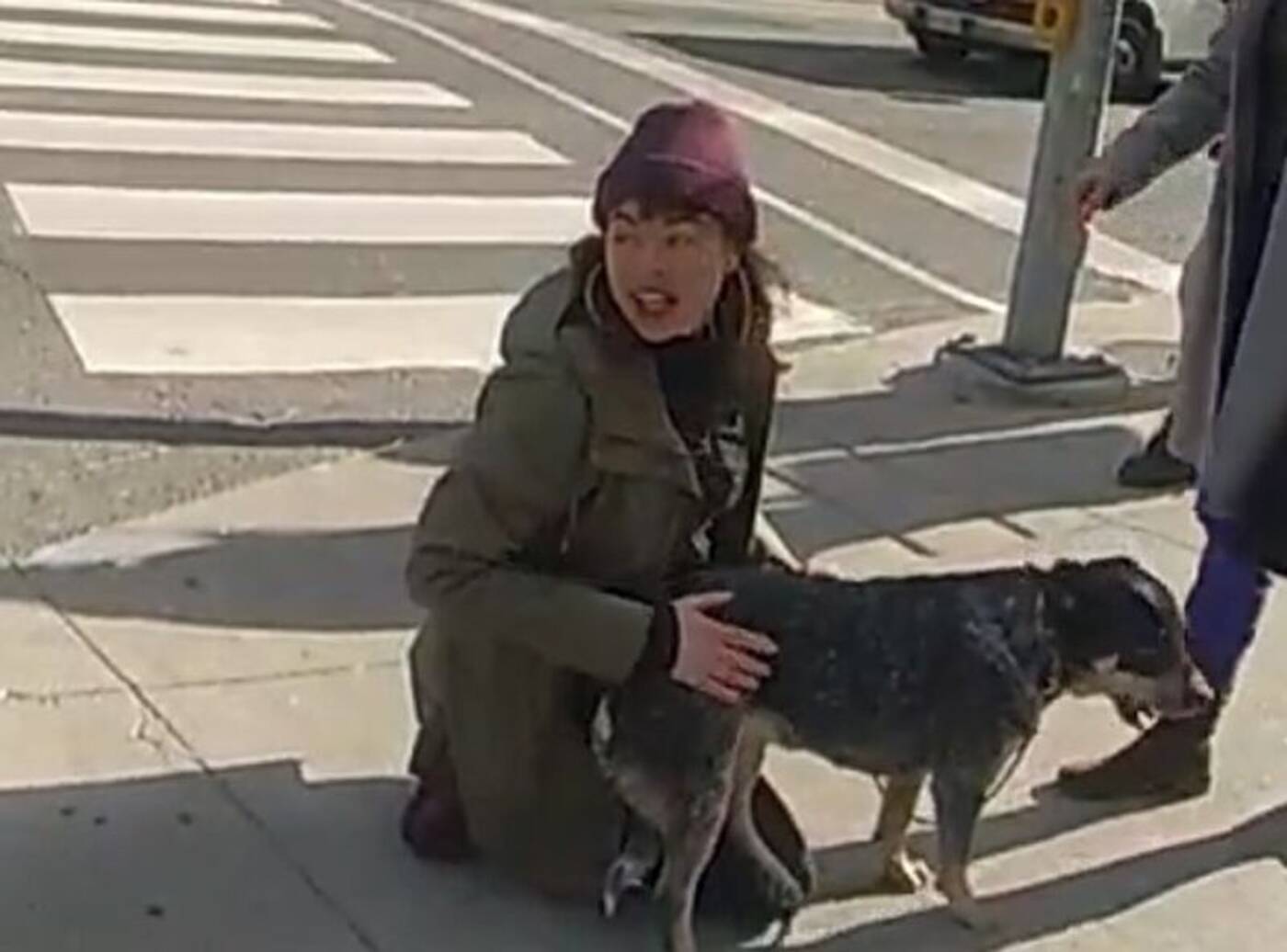 The suspect is said to be around 5'7" tall with brown eyes and long dark hair. Image via Toronto Police Service.

"Investigators have been working to establish the identity of the woman pictured and are hoping someone recognizes her," said police on Wednesday when releasing two photos of the suspect. In both photos, she is seen with a cute dog.

Described as 5'7" and roughly 120 lbs, the woman was wearing a green winter jacket, black tights, a black sweater and a maroon toque at the time of the alleged assault.

It is not clear what motivated the attack, though the involvement of an undescribed religious item is of note. Street preachers from various faiths have been known to frequent Yonge-Dundas Square with signs and even loudspeakers on busy days throughout the year.

What we can say with some certainty is that the victim wasn't Sarko (aka "the BELIEVE! guy"), as he's older than 48.