A dog named Libby is finally running free after an act of kindness from a Toronto mechanic.

Toronto resident Ilan Halfon adopted Libby in August 2018. Libby was found with her front legs cut off in Alexandria, Egypt. A Toronto rescue (now part of Dog Tales) brought Libby over to Canada.

Since he adopted her, Halfon has tried different methods to help Libby, now just over four years old, walk, including prosthetics, but nothing worked very well. He wanted to give Libby more mobility and freedom.

"It has been a journey of about two and a half years with this girl for me," Ilan Halfon told blogTO.

At a loss for what to do, he ordered a custom made, 3D-printed cart for Libby from the United States. The device worked but the front wheel was too long and Libby kept getting stuck.

Halfon thought about his local mechanic, Dave, who had offered to make a cart for Libby. He took the U.S. cart to Dave and asked if he could shorten the front wheel.

Dave Dolson at Grand Prix Garage has three dogs of his own and wanted to help, he told blogTO.

"I just love dogs so anything I can do to help them out is great," Dolson said. 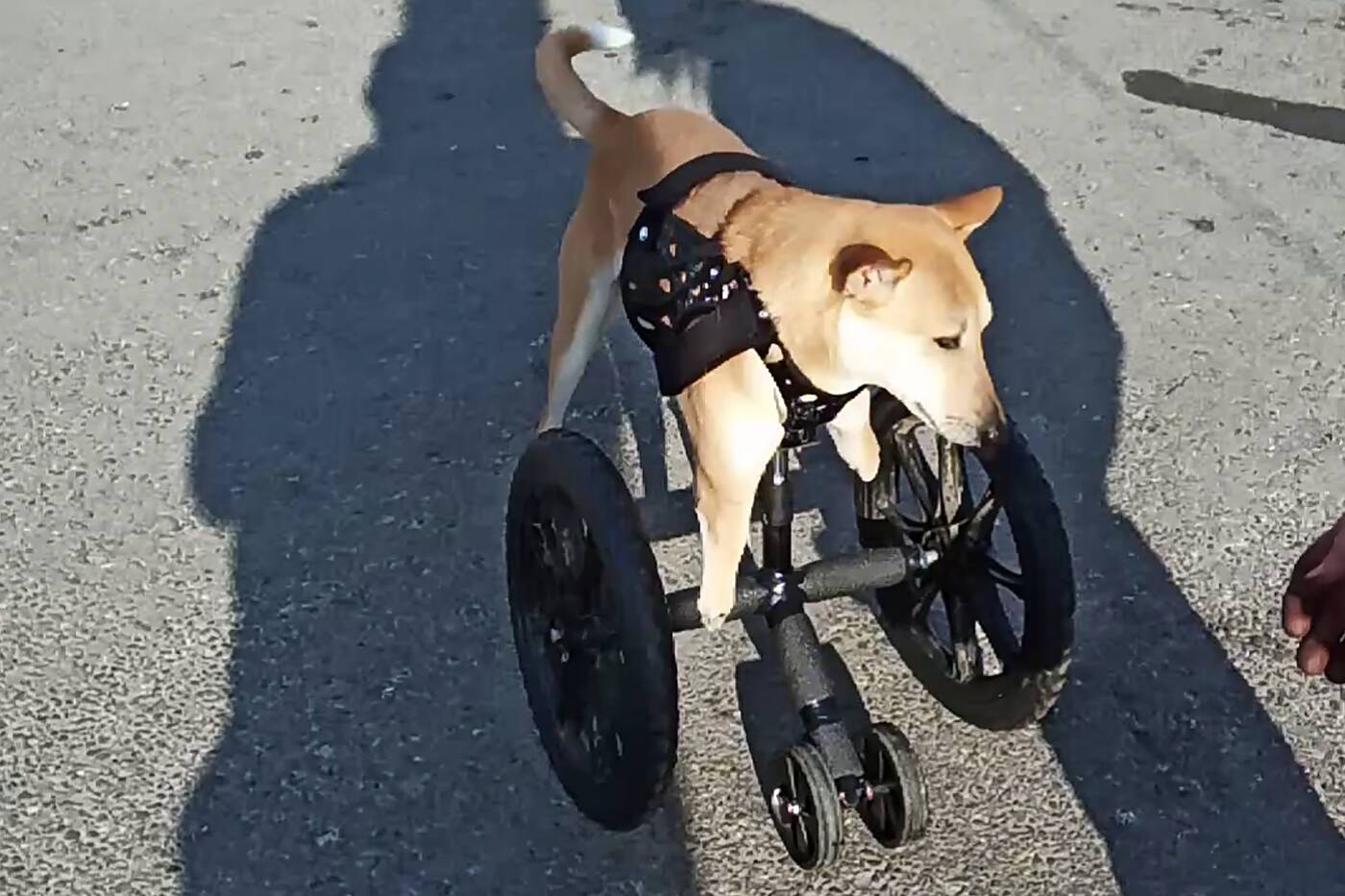 Dave Dolson made a new cart for Libby.

Dolson said he hadn't made this type of cart before but didn't find it difficult. He noted that there are carts for dogs without hind legs but a device for Libby was hard to find.

"They don't make a lot of carts for dogs with no front legs," he said.

The cart wasn't metal so the shortened wheel couldn't be welded. So Dolson offered to build a new cart for free. He used the vest and wheels from the 3D printed cart and one day later had made a new cart. 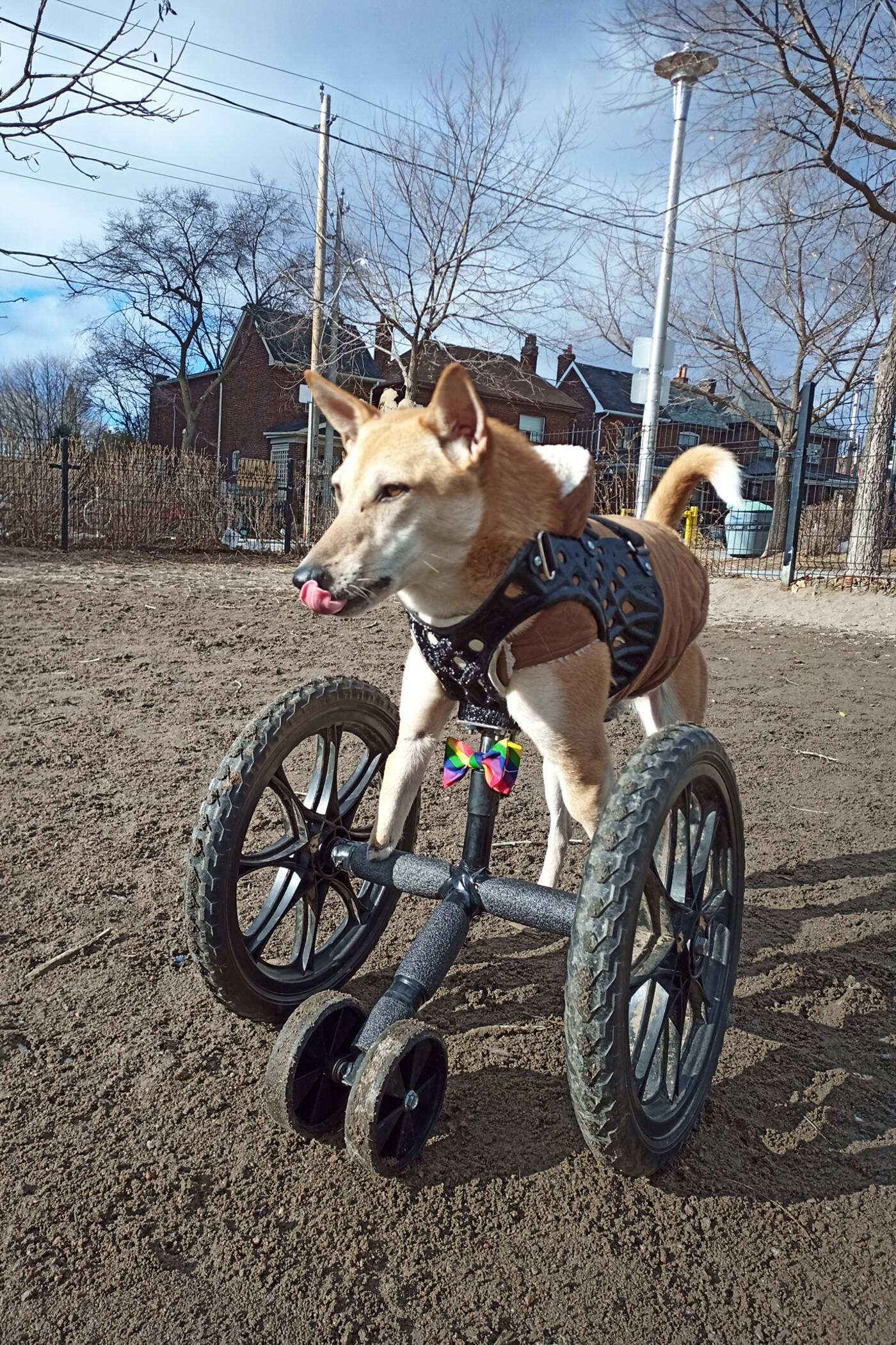 Halfon joked that if the U.S. cart was a Hyundai, the new one Dolson built was at the next level luxury car.

"He basically brought her Rolls-Royce," he said.

Dolson refused to take any money for the new cart and said he just wanted to help the dog.

Halfon put Libby in the cart and the dog quickly started walking.

He went home, gave her a break and then took her to the park. 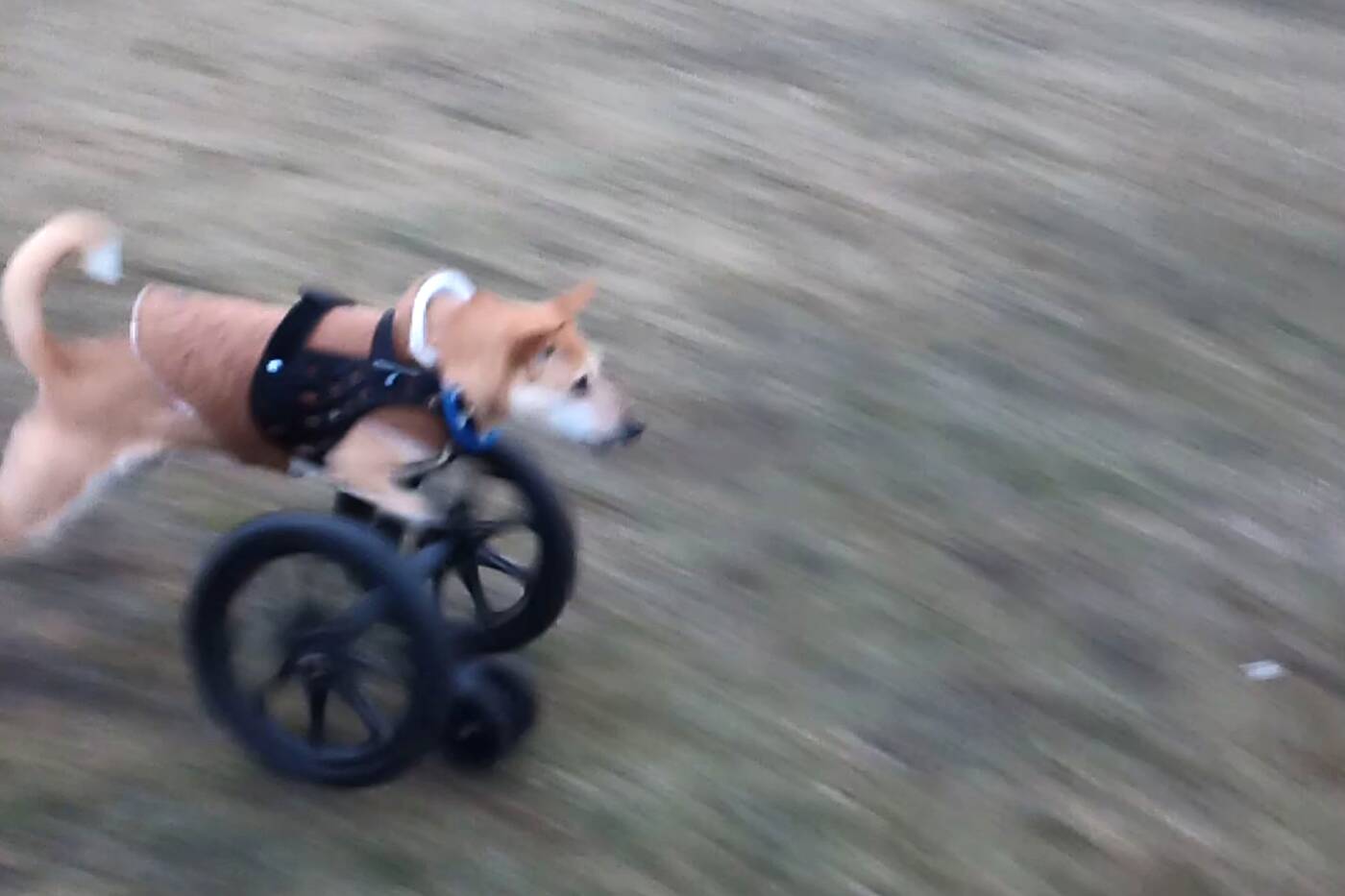 For the first time Libby could run freely.

Before Halfon would take Libby to the park in a baby stroller. The dog hopped like a kangaroo before, but it made her very tired. This was the first time Libby was able to run.

"This is beyond anything I could have expected," Halfon said.