Robert Hollbrook is one of Toronto's foremost providers of hoarding cleaning services, and its seems there's nothing too gross, too mouldy, or too treacherous for him to clean.

It takes extreme physical labour to tidy up hoarded homes: cluttered residences that are near unliveable as a result of, more often than not, complex mental health issues. More than that, it takes patience, empathy, and a stomach of steel.

A decade into one of the most uniquely harrowing lines of work on the urban job market and it's safe to say that Hollbrook is equipped.

"It's kind of a niche field, not too many people do it," says Hollbrook. "You have to have a certain type of personality for it."

At 54 years old, Hollbrook says he never intended on getting into this kind of cleaning service.

He has a Masters in social work from Ryerson and has been a licensed real estate agent for the last 13 years. Today, he blends his role as a listings agent with his company, Toronto Hoarding & Extreme Cleaning Services, as a kind of two-in-one package. 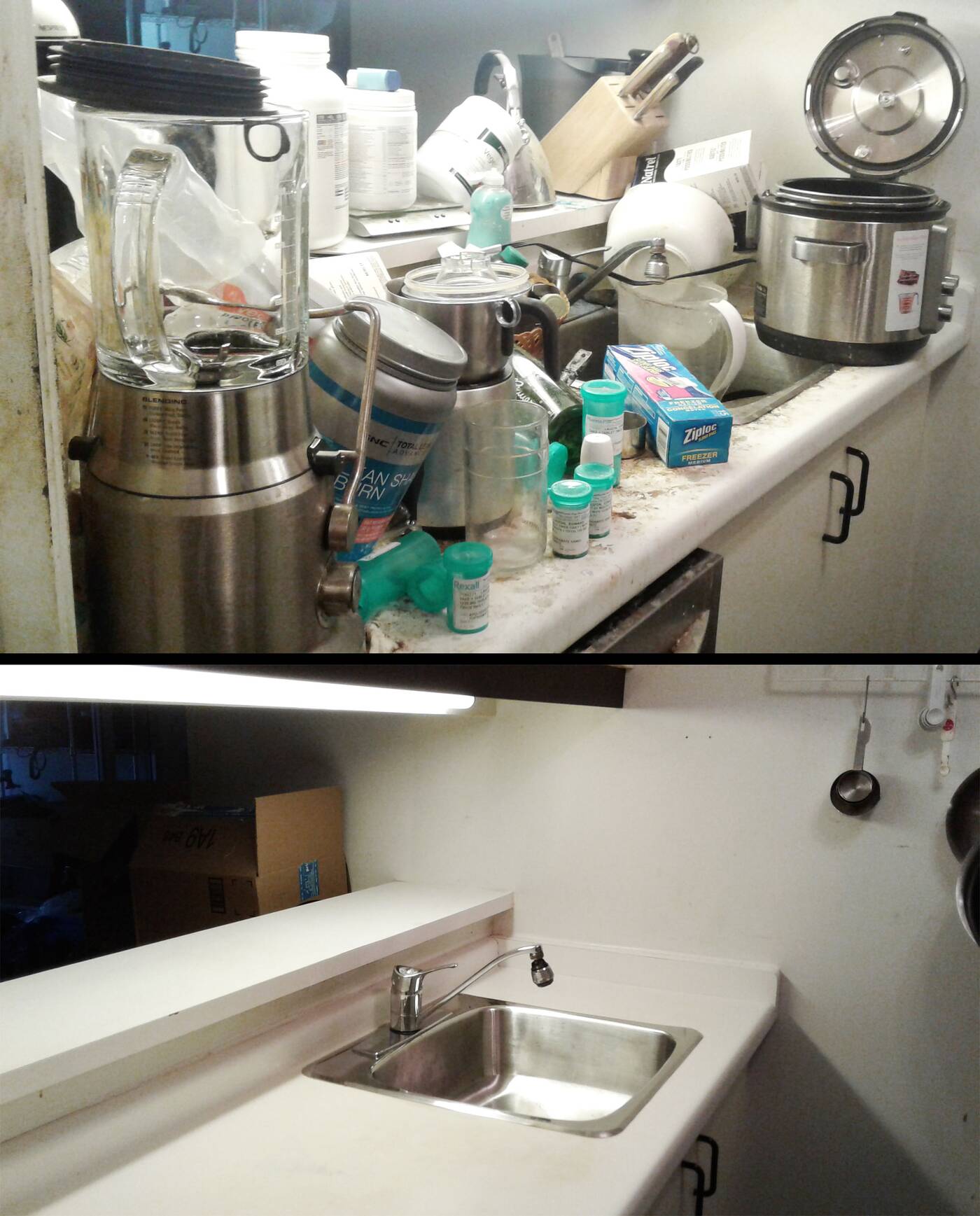 His clients are elderly people, usually living alone in homes they bought half a century ago for no more than $30K. More often than not, he has to "fight off predators" who want to low-ball clients on the sale of their homes.

He usually takes 1 per cent commission of the final selling price, lower than the 2.5 per cent standard, with the hoarding service all-inclusive.

It seems like a deal too good to be true, but Hollbrook says the math adds up when his cleaning service helps the overall price of the house go up by $300K or more.

"It's hoarded, it's too dangerous for them to live there anymore, so I clean it up for them and sell it and then they get a million dollars," says Hollbrook.

"And they can basically live out the rest of their lives comfortable." 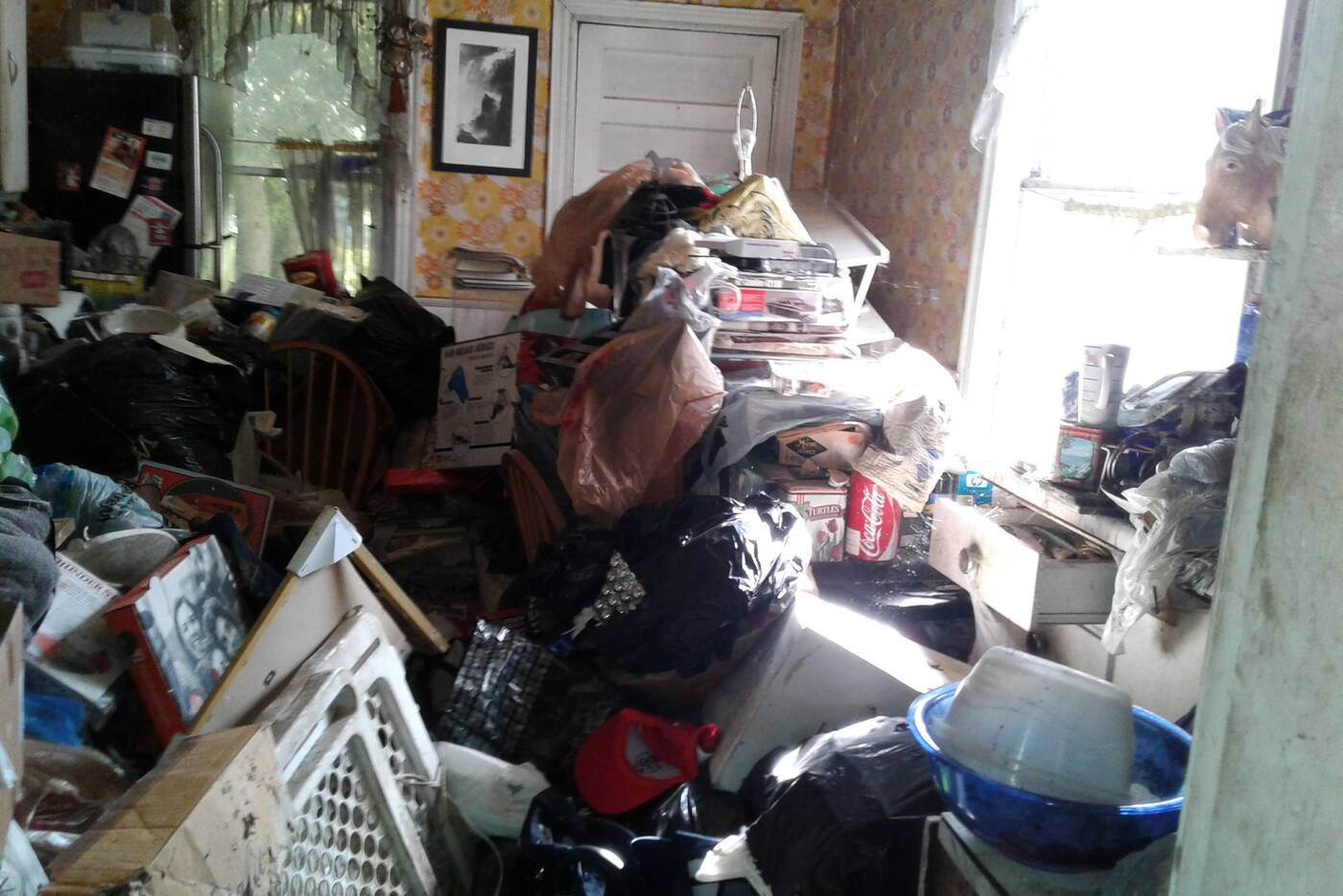 If you've ever seen the American reality show Hoarders, you likely have a basic understanding of how out of control a cluttered home can get. But there's a side to that messiness not shown on TV.

Where there are rooms full of toys and stacks of newspapers, as shown on A&E or Lifetime, are conditions far worse: rooms full of mould, urine on the floors, and in one case, says Hollbrook, 100 dead rats in the same rooms where his client lived.

"These houses, you cannot believe that someone can survive in that home. How can your lungs live for so long with the amount of decay and mould," says Hollbrook. "But the human body is amazing."

He cleaned one home where the beer cans were piled so high he had to wade through them. There was one condo job where stacks of pizza boxes made rooms indistinguishable.

And in another home, the roof had deteriorated so badly that the rain water simply poured in, like a sewer. 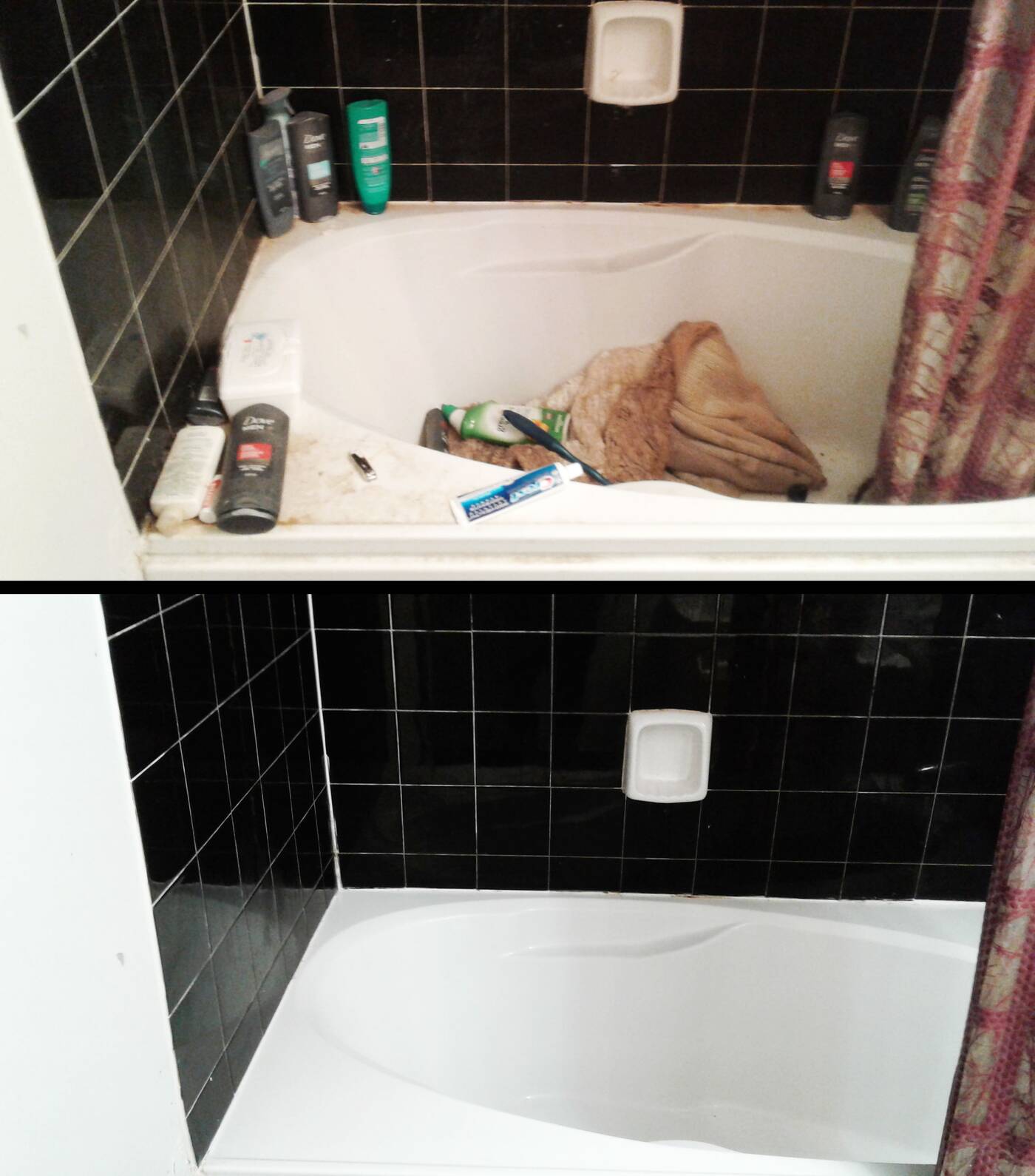 The scenes are hard to imagine for most of us. But for someone like Hollbrook, who has worked with mental health institutions like CAMH or the now-closed Doctors Hospital for years, it's a reality thinly veiled by overloaded support programs like the Toronto Hoarding Support Services Network.

"[When you work] in psychiatry for so many years, you have an understanding from a medical point what these disorders are. They're medical problems, they're not personal weaknesses," says Hollbrook.

"If you have that kind of understanding, you just can't just tell people to get over things like depression, you can't. It's like telling a diabetic, ‘Well, just make your own insulin.' Its an illness."

Hollbrook says the key is a "non-judgemental attitude."

"You have to be the type of person who deal with sensitive people who are vulnerable... They have to feel comfortable to let you into this little world that they've kept hidden for 20, 30 years."

Aside from removing all the junk, Hollbrook's unique kind of service relies on a relationship of trust with his client, where monitoring their anxiety level is key. 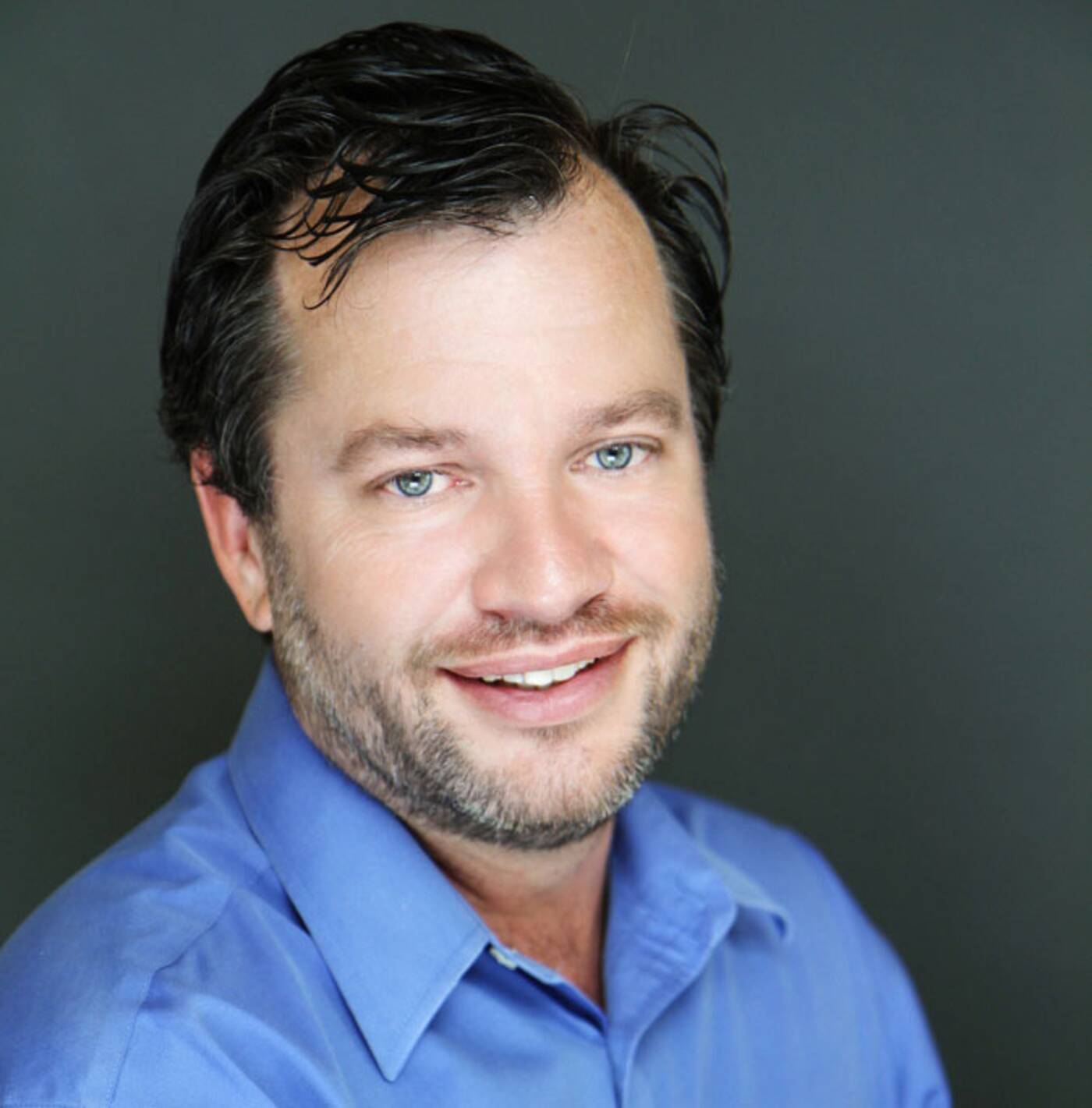 Hollbrook has a Masters in social work and is a licensed real estate agent. Photo via Find Toronto Real Estate.

Sometimes he has to help his clients frantically search for things that might have disappeared years ago. Other cases, he helps them rent a storage unit for things they simply can't throw out. At the end of the day, it's their decision on what to keep and what to let go.

Aside from individual hoarding jobs, Hollbrook is also hired by CAMH, Native Child and Family Services, and other agencies to clean the homes of people they've discharged.

His main tools are a high-pressure commercial steamer and full-strength degreaser pressure spray, and a powerful wet-dry vac. He says it does wonders on melting the grime off bathrooms, you just have to let it "marinade" for 10 t0 15 minutes.

"I find it energizing in a way," he says. "The before and after are so startling that it’s kind of a weird satisfaction."

That's for when he performs unattended death remediations—you know, cleaning up after crime scenes and decomposing bodies and whatnot—but that's a different service entirely.