Virginia Agpawa wasn't quite sure what to do when she came across a scared and shaking opossum on the Lake Wabukayne Trail near her home in Mississauga this past Tuesday.

Originally from the Philippines, this was her first time coming across the creature, so she went back home to do some research.

She also took to the Ontario Hiking group on Facebook for some advice from its members, which is when she was able to identify it as an opossum.

"I was able to find out that opossums kill thousands of ticks that carry Lyme disease. I thought, 'OK, we need this guy,'" Agpawa told blogTO.

"People told me to leave him, that he was just playing dead, but what I saw is that he really needed help so that's what I did. He was so weak, he was shaking and trying to crawl but couldn't."

She headed back to the trail and found the injured creature in the same spot.

"That's when I knew he was really in trouble because he was still there and it had been about 35 to 45 minutes already."

With help from a couple on the trail, she was able to move the opossum off the freezing ground into the cover of a shoebox until she waited for her son to come with a bigger box. 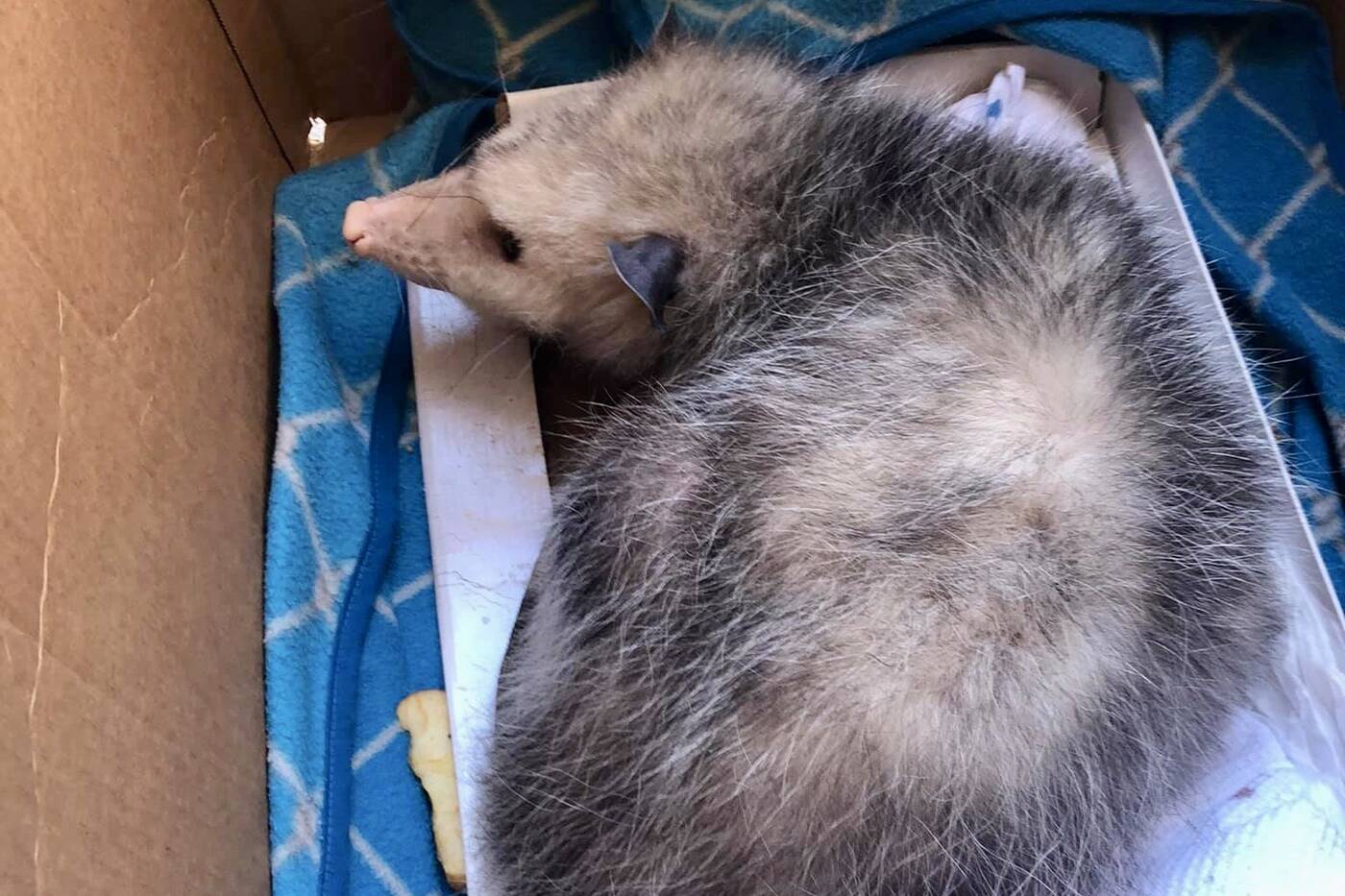 The opossum spent the night at Agpawa's home until Animal Services could pick it up the next morning. Photo courtesy of Virginia Agpawa.

With all animal services closed for the day, Agpawa set him up in the downstairs washroom of her home in a box with a blanket, an apple and some water for the evening.

"Once we got home, the shaking stopped and I was just hoping that he'd still be alive the next morning," she said. "It felt so good that he was still alive when I woke up and he was actually so cute when he was sleeping."

Mississauga Animal Services retrieved it in the morning. They initially tried to return the opossum to the spot it was found, but it was still unable to move, so was brought to the Toronto Wildlife Centre where the opossum is now in Wildlife Rehabilitation.

Agpawa says she was contacted by the Centre who let her know that there was an issue with its legs.

The Toronto Wildlife Centre didn't respond to blogTO's request for comment, but let's hope the little guy is doing well.