Toronto's feral cat population is misunderstood and forgotten according to one rescue which dedicates time and money to helping the cats.

The Alderwood Tiny Purring Rescue started helping feral cats in the Alderwood area of Etobicoke about five years ago, according to Magda Hewryk, who leads the rescue. 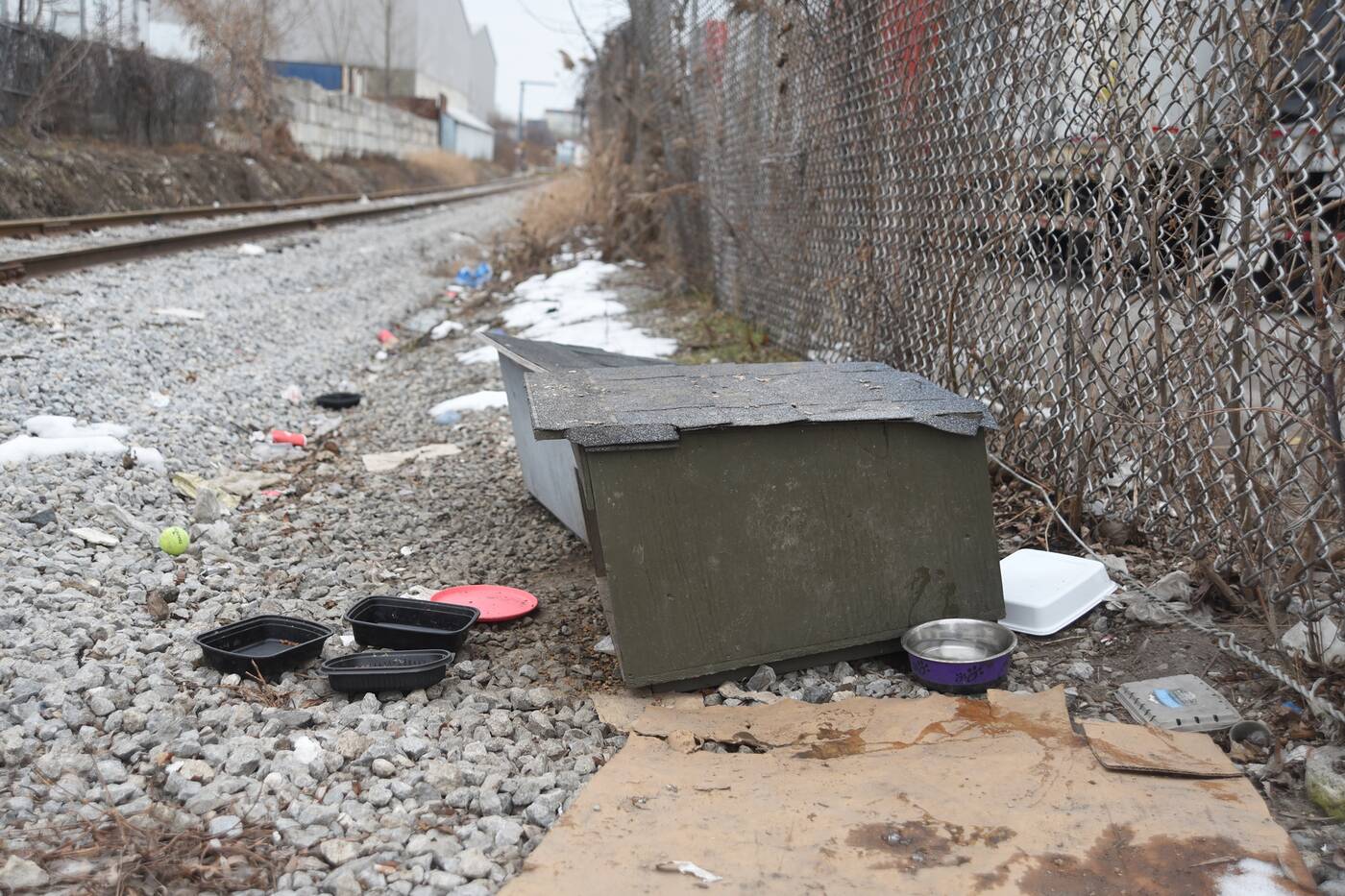 Two feeding stations for feral cats are set up in an industrial area in Etobicoke.

There are now 13 colonies and about 10 volunteers who help provide the cats with shelters, food, fresh water and vet care. Feral cats tend to need dental work, which is costly. They also have eye illnesses, worms and parasites.

Each colony has about six shelters with straw bedding. Not all shelters are used by the cats as other animals tend to take them. The rescue has spayed and neutered hundreds of cats through a trap-neuter-release program with the Toronto Humane Society (THS). 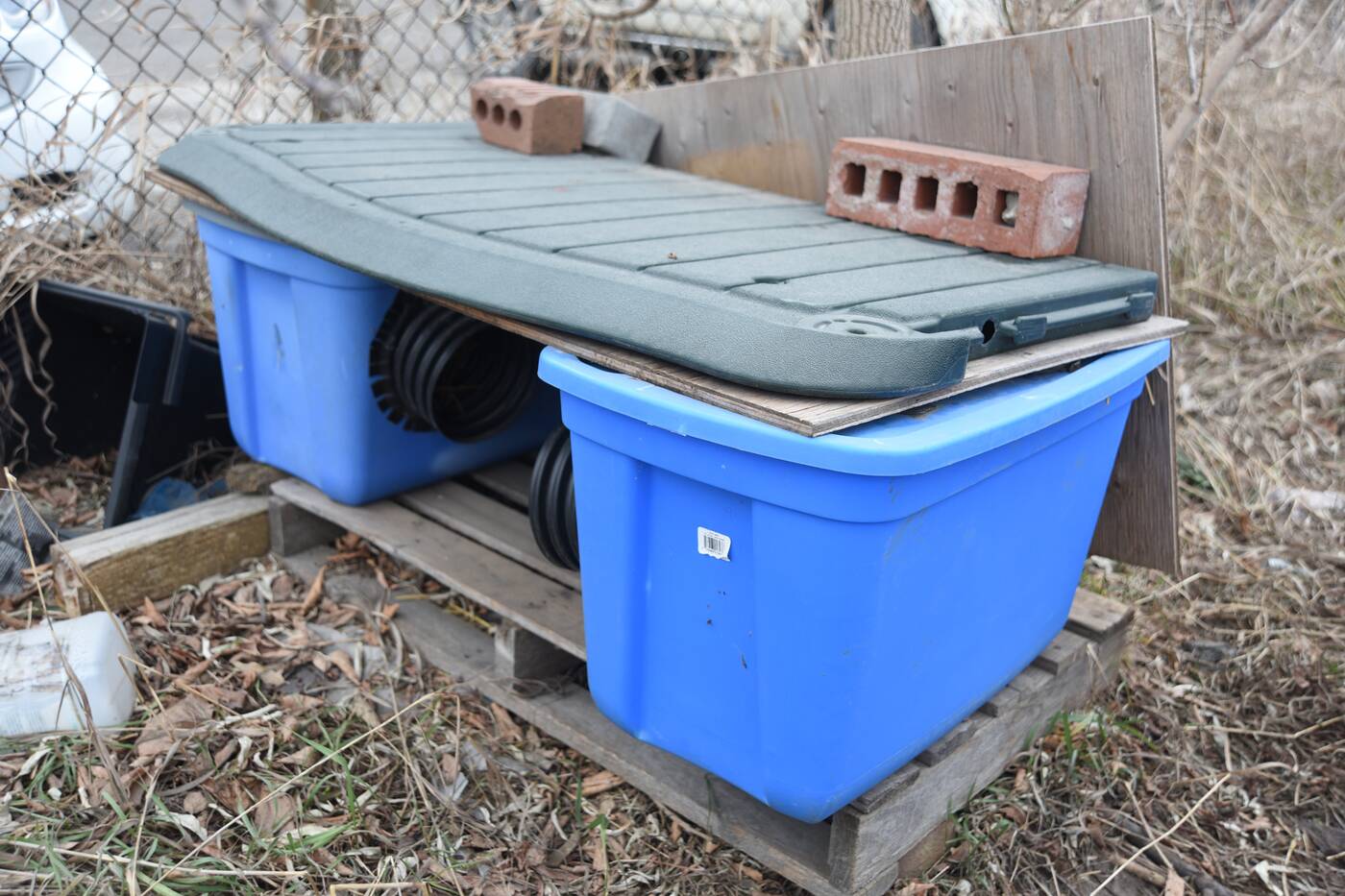 Plastic containers are used and filled with straw to shelter cats.

The main objective is to bring the cat population down so the cats don't suffer outside.

"These cats are misunderstood and mistreated," Hewryk said. "No one helps them."

The pandemic has made things tougher as many people are too financially strapped to help out, she added. 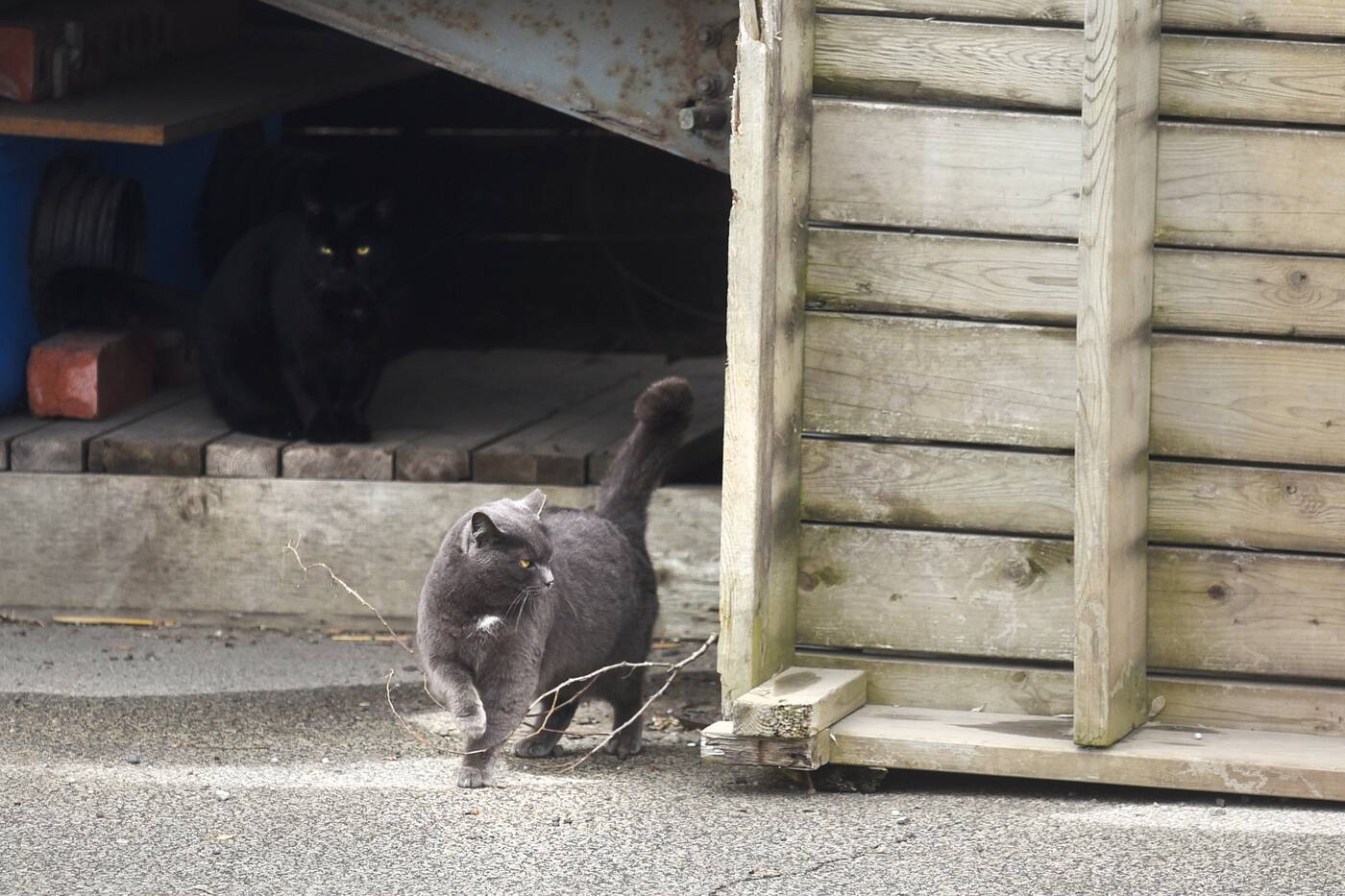 Two cats would only come out when visitors stay at a distance. Feral cats are not used to people.

Feral cats are usually the offspring of abandoned or lost house cats. The offspring have never been around people and therefore avoid human contact.

The cats in Etobicoke mostly stay out of view and people may not even know they are there. Hidden in an industrial part of the city, the Tiny Purring Rescue set up shelters in areas people don’t often visit. Bowls of food and water are kept out of sight. 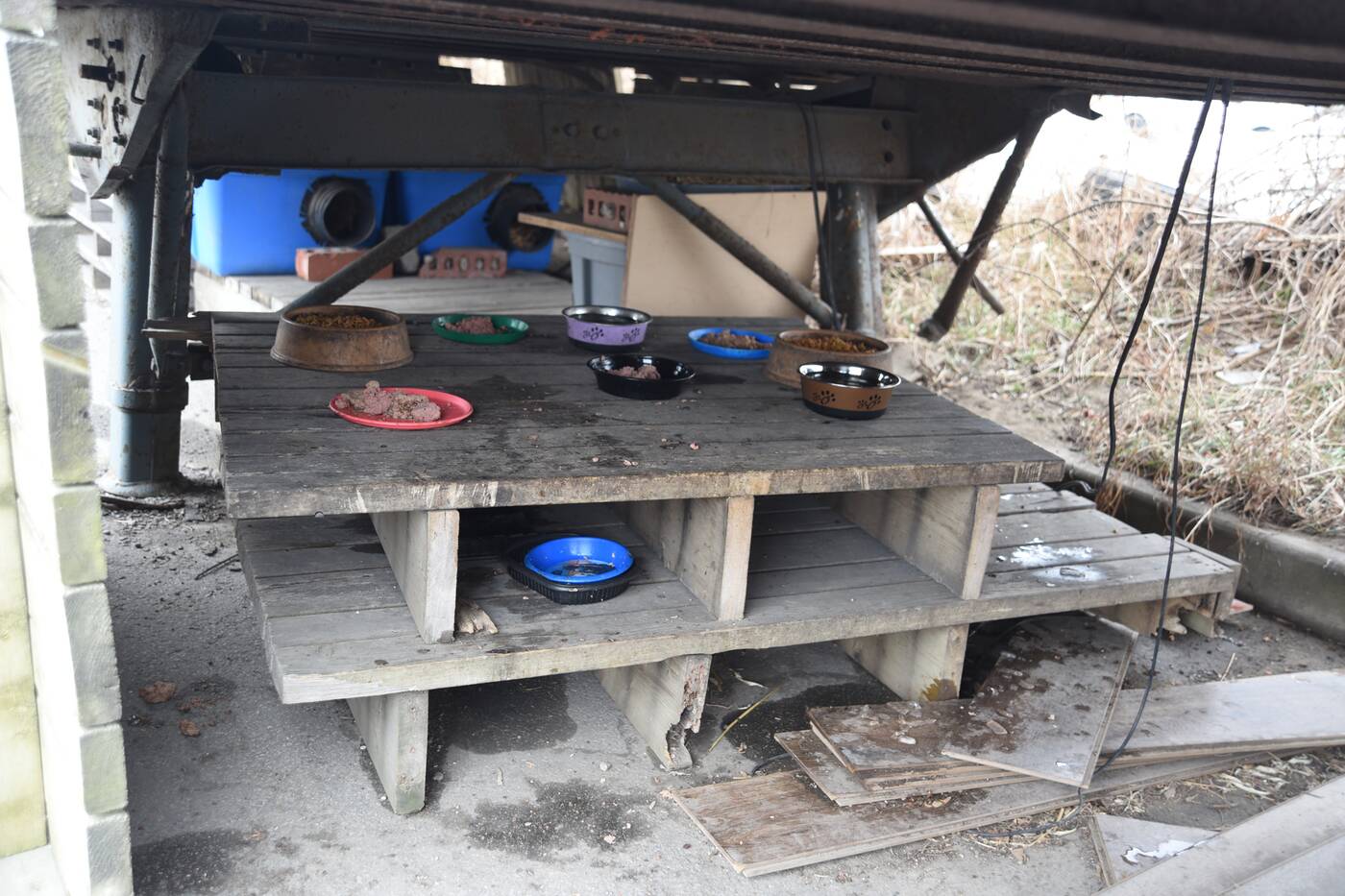 A feeding station is set up under a old truck trailer.

The rescue is helping cats in one corner of the city but there are thousands more cats in need in Toronto.

The Toronto Humane Society estimates there are between 20,000 and 100,000 homeless cats in Toronto. There is a network of organizations, under the Toronto Feral Cat TNR Coalition helping city cats. 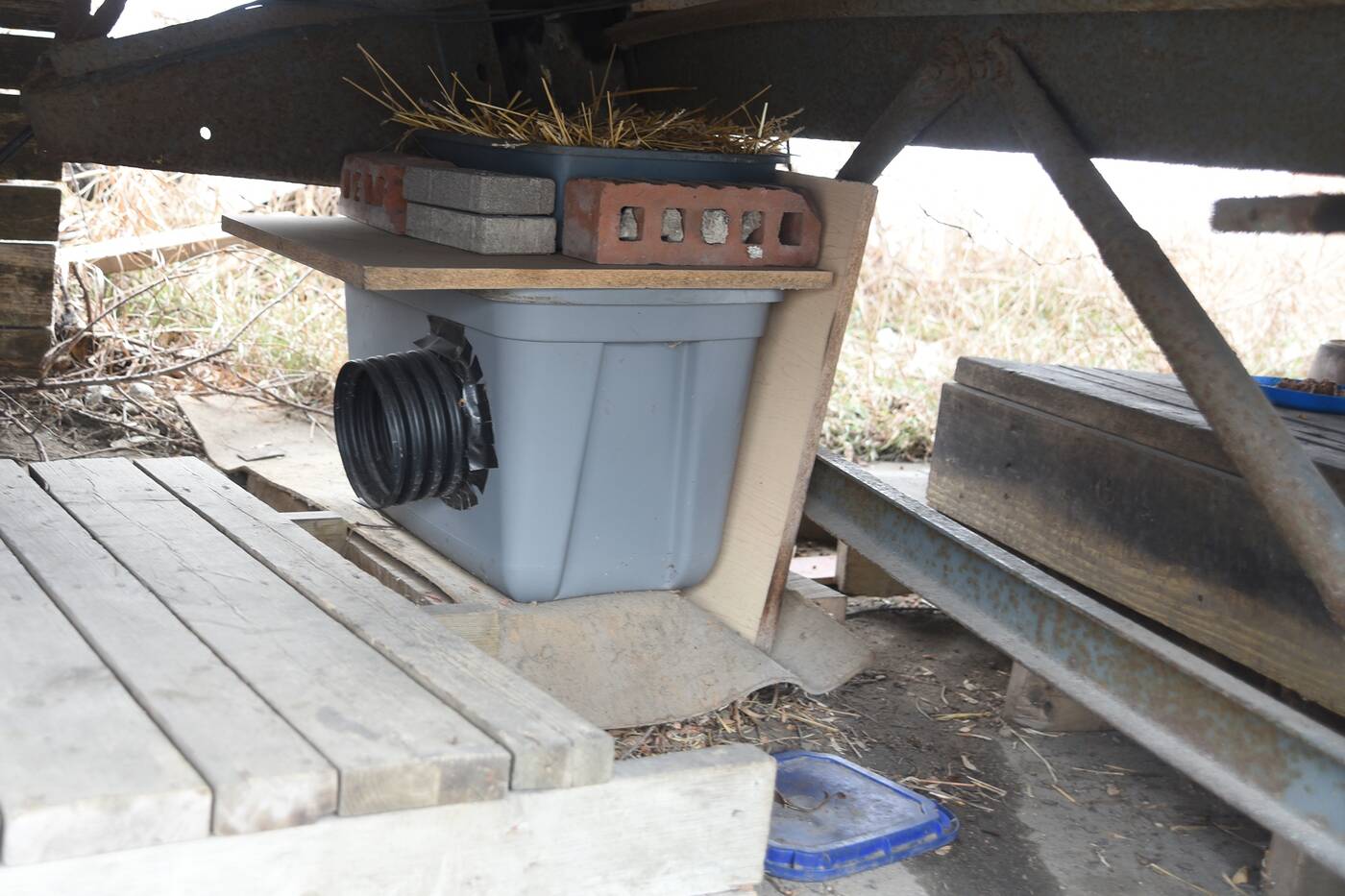 The straw stays dry for cats who have been outside in the snow or rain.

Many feral cats can be socialized with time and they are also a useful animal to have around.

"They bring down the rodent population," said Hewryk. 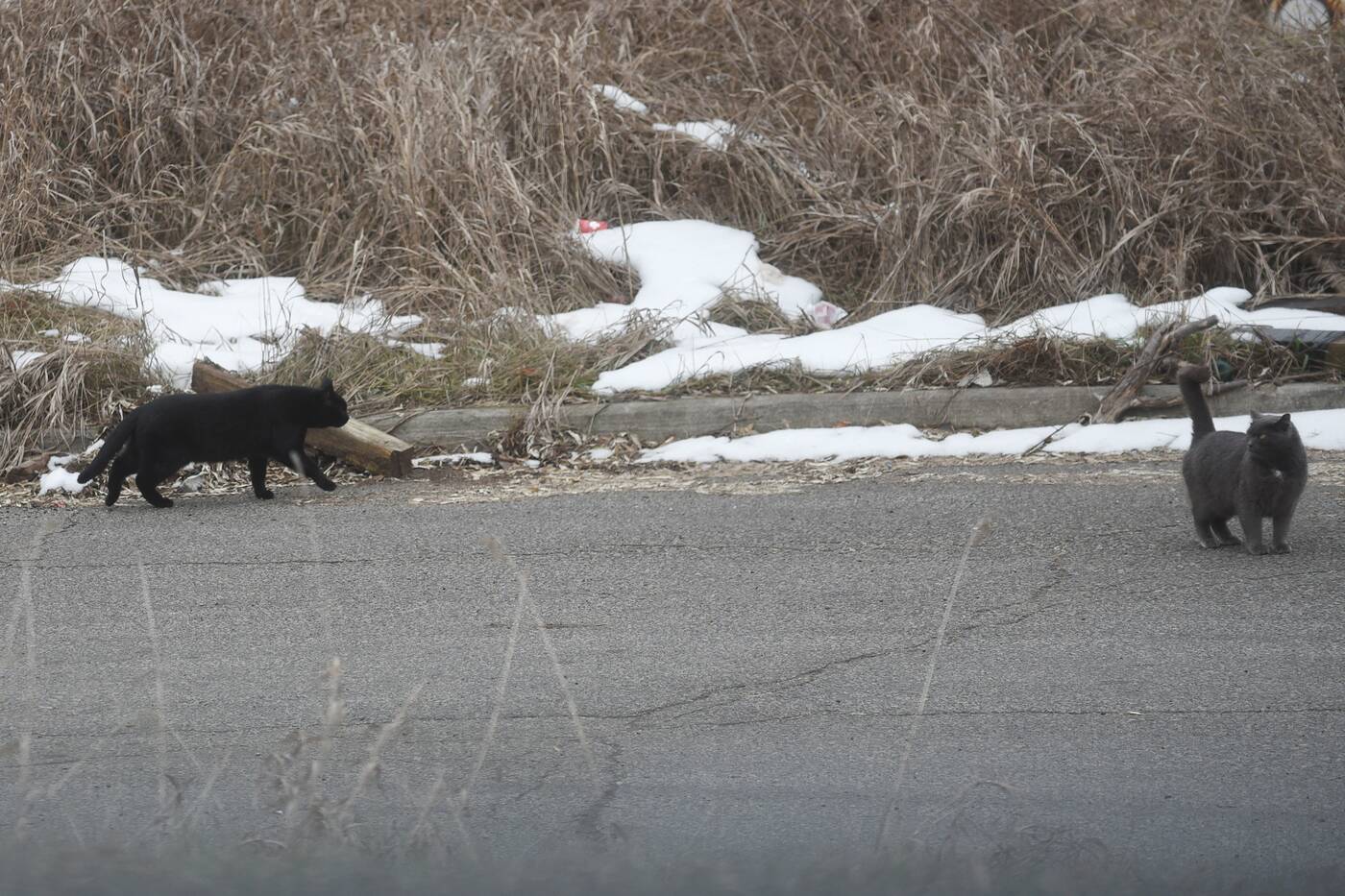 There are ways to help feral cats. There is a Trap Neuter Return certification course, for people who want to learn how to help. For cats who cannot be socialized, the THS has a barn cat program.

Whatever the reason cats find themselves outside and alone, they shouldn't suffer. Hopefully, rescues can provide the help they need and reduce the feral population.