The 56 studio apartments will be fully tenanted by January according to Laina Gibson, vice president of communications at the Neighbourhood Group, who will be operating this building and a second modular home in Dovercourt alongside Cota Health.

The three-storey building, situated near Victoria Park subway station at 11 Macey Avenue, is just one component of the city's modular housing initiative which will see a total of 250 new homes built in two phases.

The City is making great strides in our commitment to increase the supply of high-quality affordable and supportive housing across the city, with our #HousingTO 2020-2030 Action Plan.

Less than 8 months ago, City Council adopted the initiative in urgent response to the pandemic. pic.twitter.com/kupb25ZMhZ

Modular housing is one of the quickest ways to house people due to the fact that it's prefabricated in a factory and then transported and assembled on-site.

Each unit in the building will come fully furnished with a bed, dresser and chairs and include a small kitchen with all appliances as well as air conditioning and heating.

An opt-in meal program where meals are prepared onsite, as well as a communal dining and common room, will also be available.

Gibson tells blogTO that the 24-hour onsite supportive services provided for the permanent tenants will include Harm Reduction services, referrals and connections to employment and volunteer opportunities, financial assistance, and other programs and supports in the community. 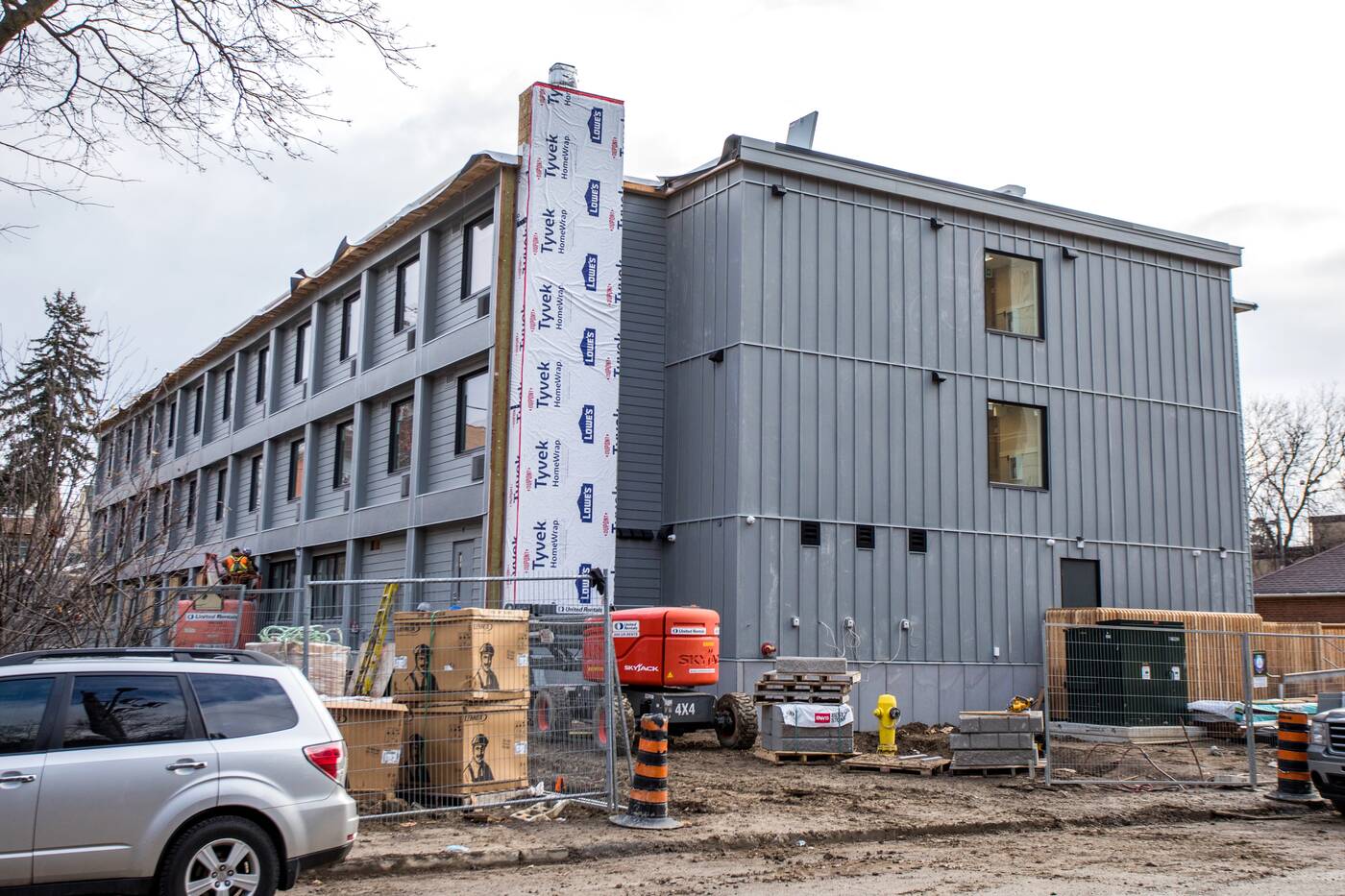 The modular units at 11 Massey Avenue took less than eight months to finish from Council approval to occupancy and will be welcoming the first tenants in a few weeks.

At $2,000 per unit per month, each unit will cost about half what it takes to run emergency shelters.

"The cost of housing for someone who is experiencing chronic homelessness is actually lower than emergency shelter, hospital or justice system alternatives," Gibson says.

"Access to a safe, affordable and supportive place to live is also a key social determinant of health and well-being."

Besides some push back from local residents, there seems to be a large amount of support around the modular housing units, including Toronto resident Edie Wajswasser, who's personally faced a near eviction.

"Everyone deserves a safe place to lay their head," Wajswasser told blogTO. "Not every homeless person is an alcoholic or drug addict, we don't know their story. Our homeless deserve a roof over their heads too."

Gibson says the second 44-unit modular home located at Harrison Street will also soon be finished and will start welcoming tenants near the end of January.