Someone in Toronto took advantage of the fresh snowfall this past Christmas Eve to write out what seems to be a declaration of love.

The initials M.S. encircled in a large heart were etched in the snow at Canoe Landing Park by a mystery person and now the residents of the CityPlace neighbourhood are hoping for a happy ending.

Brian Sebastian took to the neighbourhood's Facebook group to urge M.S. to give the person a chance after seeing the love-struck stranger in the act of writing the message from his apartment which faces the park.

"I thought it hopelessly romantic for this guy to draw a heart on a big field. I saw him waving to our building and in case M.S. doesn't see maybe the post would spark a Christmas miracle," he told blogTO. 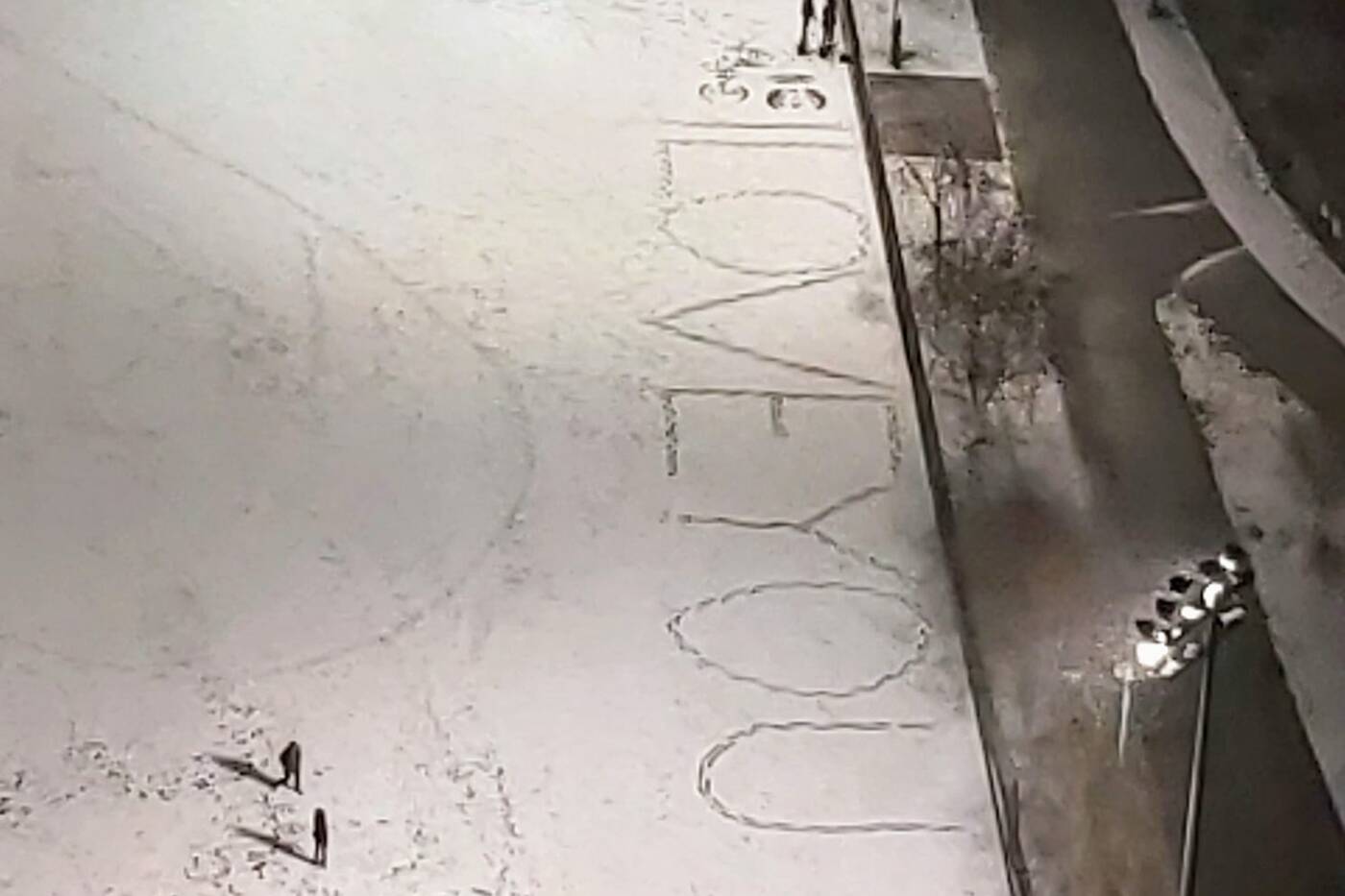 Another resident commented with this photo which was taken from a nearby apartment overlooking Canoe Landing Park. Photo courtesy of Husain Neemuchwala.

Although the post hasn't spurred on any real clues toward either of their identities, a few other residents have chimed in to suggest celebrities with the same initials.

Husain Neemuchwala commented on the post with a photo of the words "I love you" which were also written in the snow to "spell it out for M.S. just in case."

While Neemuchwala says he didn't see the person writing the initials, it's not the first time he has spotted romantic messages in the snow at the same park.

"A fresh sprinkling of snow tends to bring out local romantics who carve out the name of their love interest," he told blogTO."It's a very thoughtful gesture and whoever M.S. is, ought to give our local Romeo a chance to let love blossom in the midst of winter."