The beloved truss running over the Don River has received a dose of care in the form of carefully-made laminated signs, directed at anyone who is considering taking their own life.

An anonymous sign-maker printed and attached them to the railings of the bridge. "If you're looking for a sign not to kill yourself tonight, this is it," reads one. 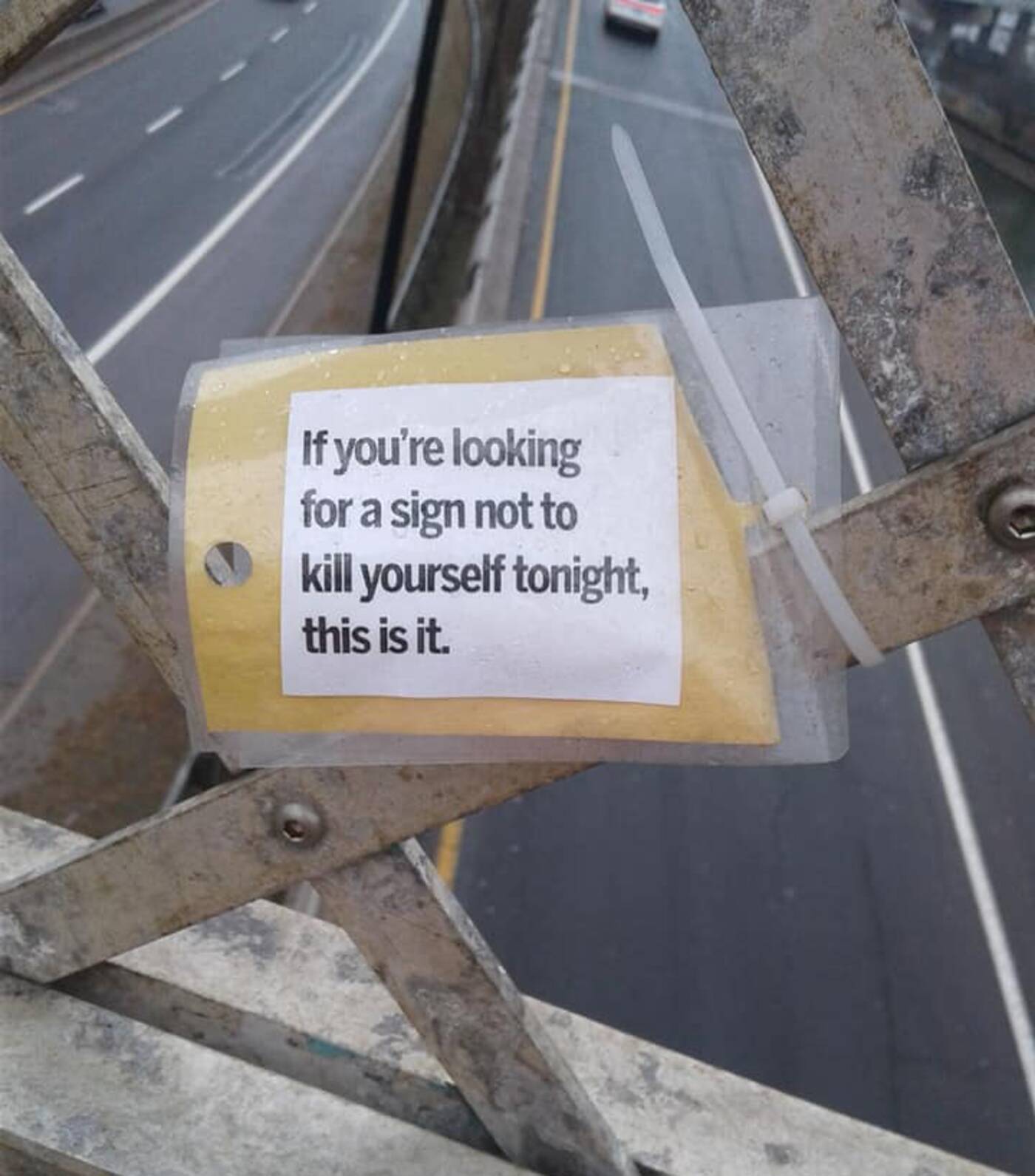 Someone has attached signs to the Riverside Bridge directed anyone considering taking their own life. Photo via Sherri Hanley.

"Place your hand over your heart, can you feel it? This is called purpose. You're alive for a reason so don't ever give up," reads another.

The signs were attached shortly after someone purportedly jumped off the bridge three weeks ago, according to members of a Leslieville community group.

Unlike other bridges like the Prince Edward Viaduct, Riverside's bridge does not have a barrier to prevent people from jumping over the railings.

The century-old truss is one of Toronto's most recognizable landmarks, especially at night.

Hopefully these new written signs bring some light to whoever reads them, in tandem with the Time and A Clock bridge's original illuminated message: "This river I step in is not the river I stand in."