All any of us want for Christmas this year is for the pandemic to be over, but seniors in Ontario have a far simpler wish: a letter.

Symphony Senior Living in Orleans, Ontario started off December by asking people to mail a Christmas message to residents and become their Christmas Pen Pal. 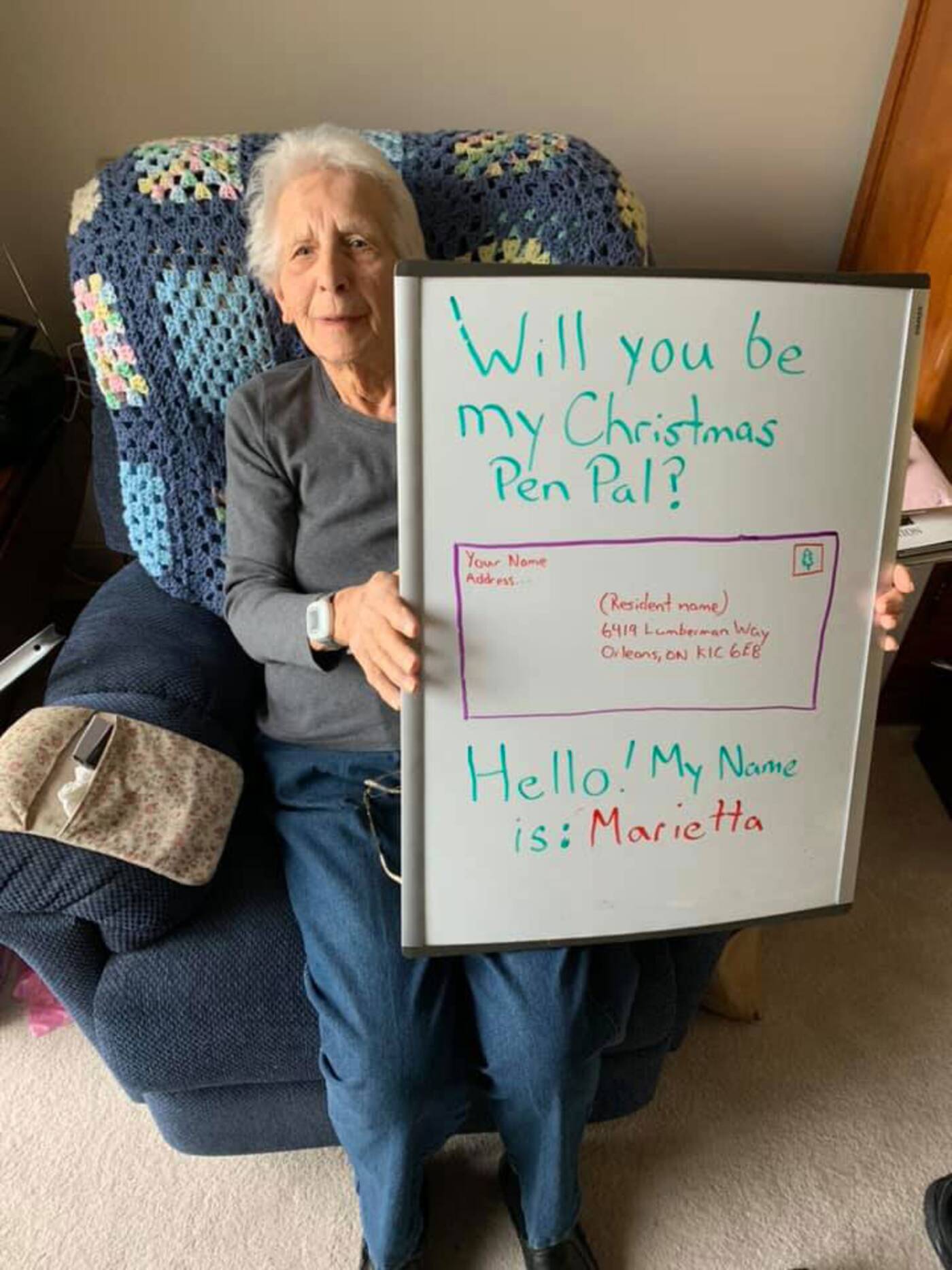 Photos posted to the residence's Facebook page show senior residents holding up signs that show where to send messages. Within less than a week of putting out the call, Symphony had already received thousands of letters from all over the world. 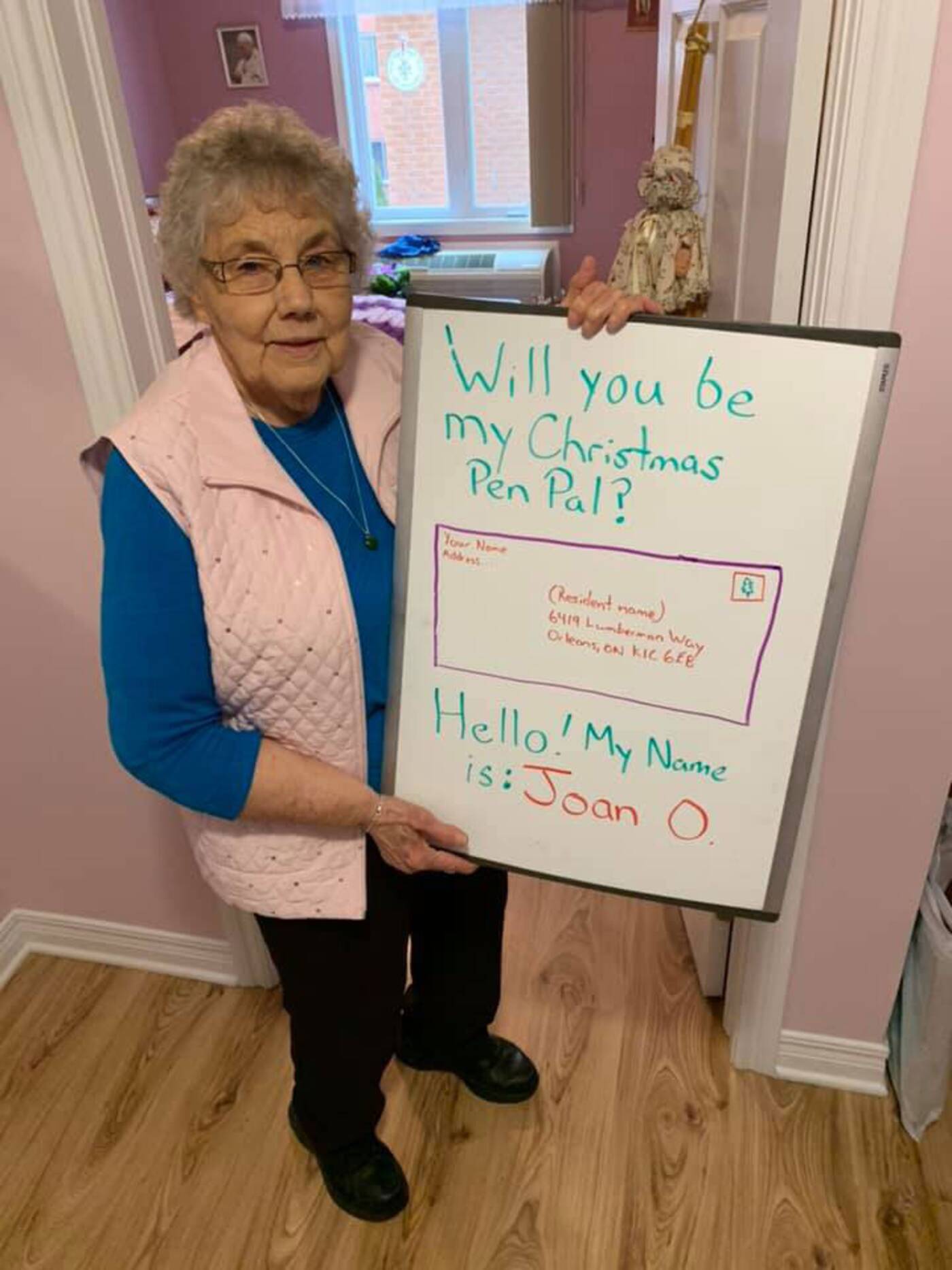 Their post has already racked up over 1,000 likes. One reply from a parent saying she and her son had written letters for all the residents posted has over 130 likes, with Symphony replying that they were very thankful. 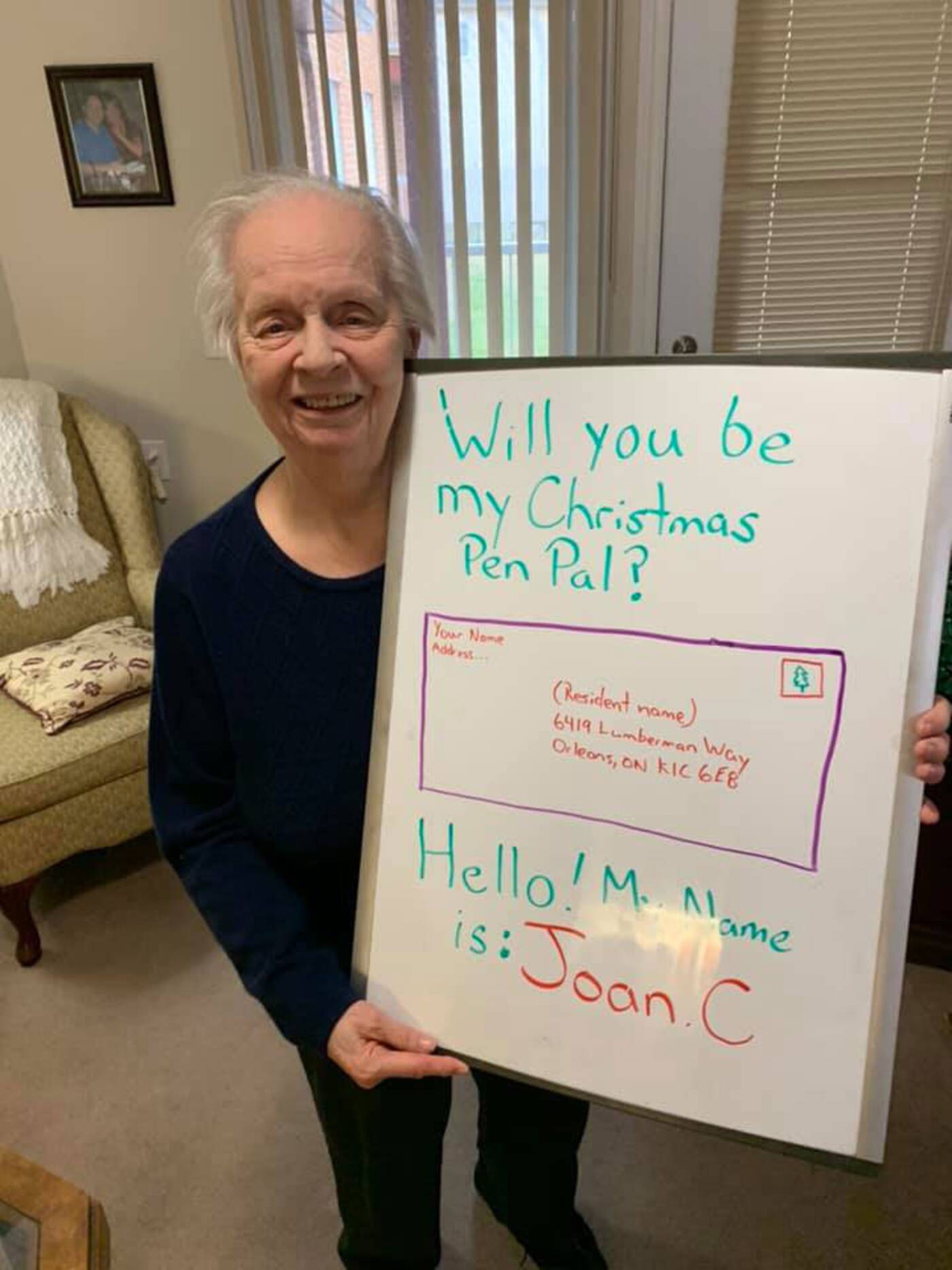 Others commented they were hoping to follow suit by sending greetings to everyone, many complimenting the idea and saying they'd at least send something.

"My activities coordinator Paul Griffith came up with this idea to try and connect our beautiful seniors which the outside world, especially during the Christmas period as we cannot celebrate with families like we usually do. We didn’t think it would take off like it has so it has been absolutely amazing to see letters coming in from all over the word," says Jodi Davidson, CEO of Symphony Orleans.

"We have over 1,000 letters four days after it was posted on Facebook and I can't see it slowing down anytime soon. We did a huge announcement to all our residents and they were so excited to read all the lovely stories and see the pictures that children had sent in. Considering the amount we have this will not just be a Christmas initiative, I can imagine we will still be doing this throughout 2021." 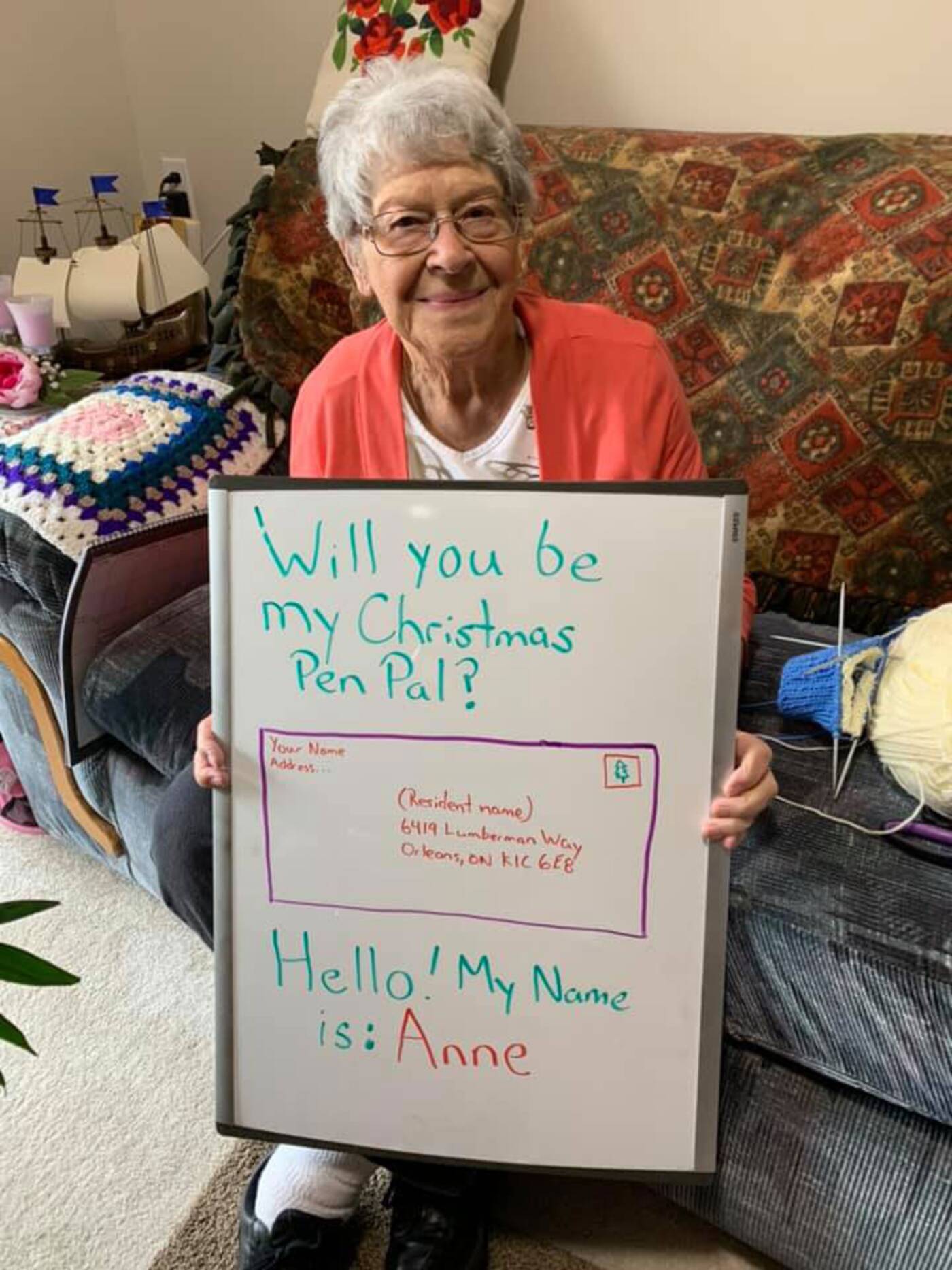 One senior said in an interview with the CBC that she'd received over 22 letters from around the world including the UK and United Arab Emirates, and has gained a pen pal she says she's going to communicate with indefinitely. 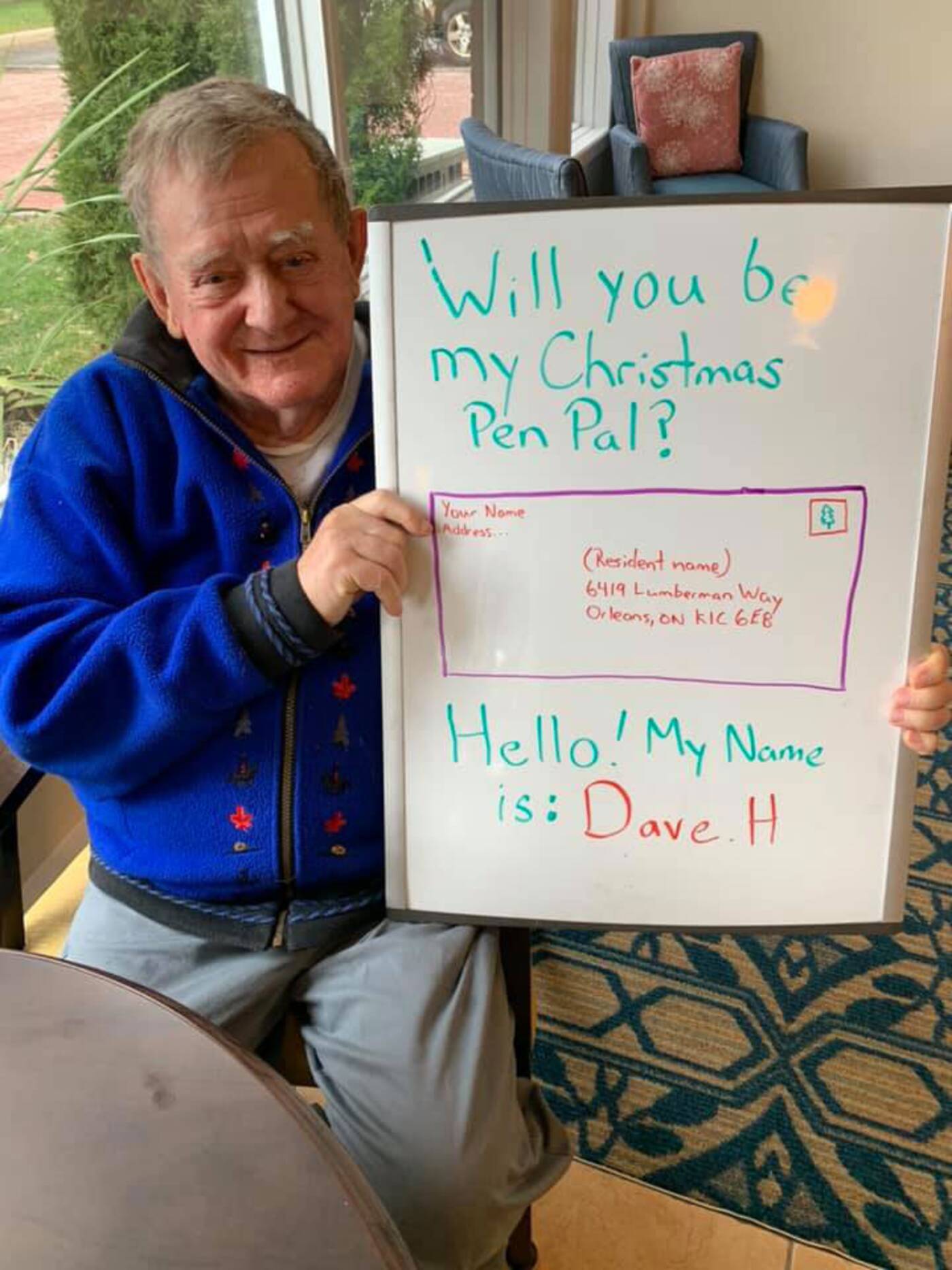 The pen pal also said that the project inspired her to take up volunteer work in the future, something she has always wanted to do.

Another senior living residence in Orleans, Forest Valley Terrace, is also taking part in the program. 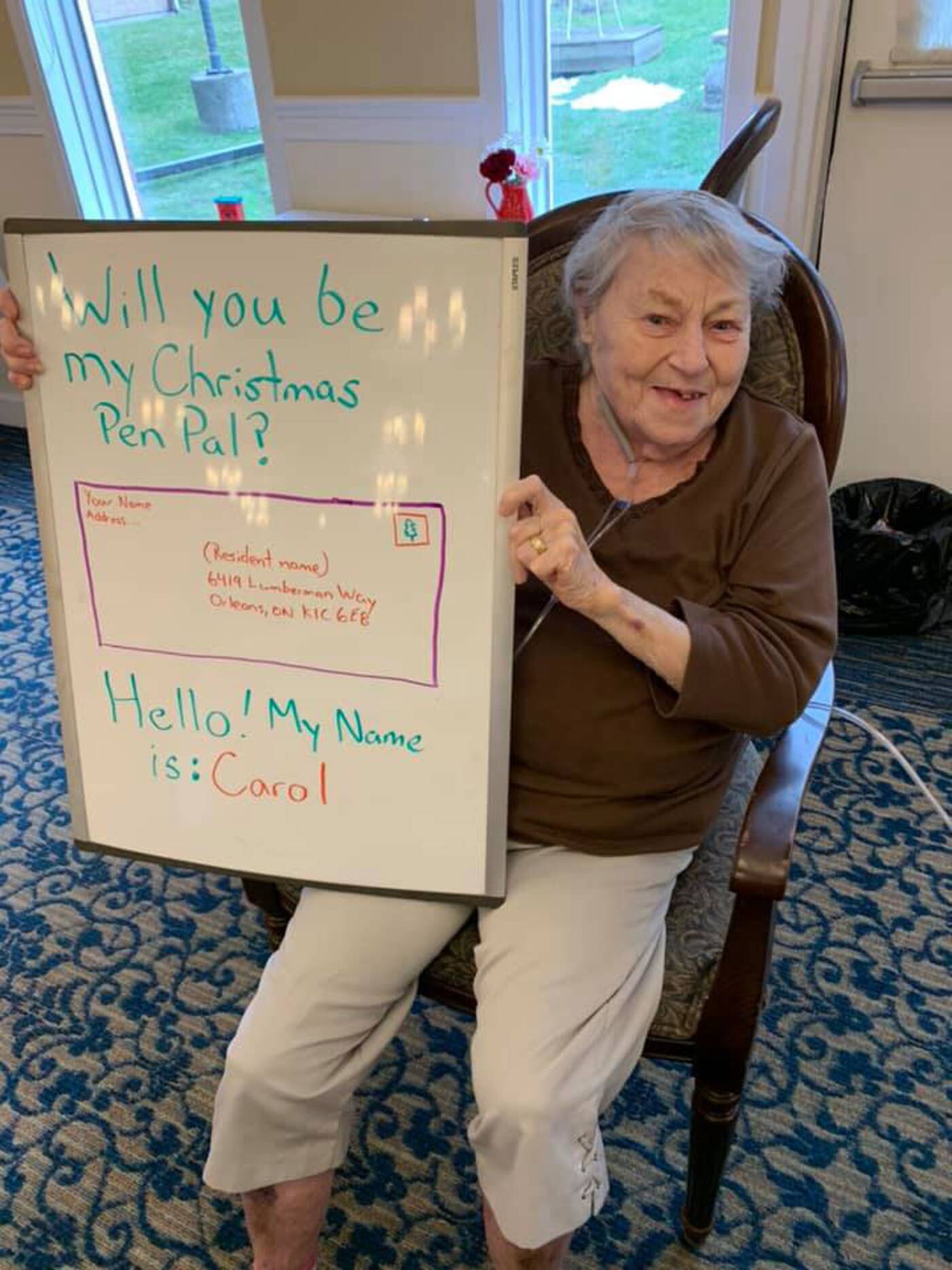 Residences right here in Toronto have similar initiatives as well — at All Seniors Care Living Centres, all of their residents are requesting Christmas cards. 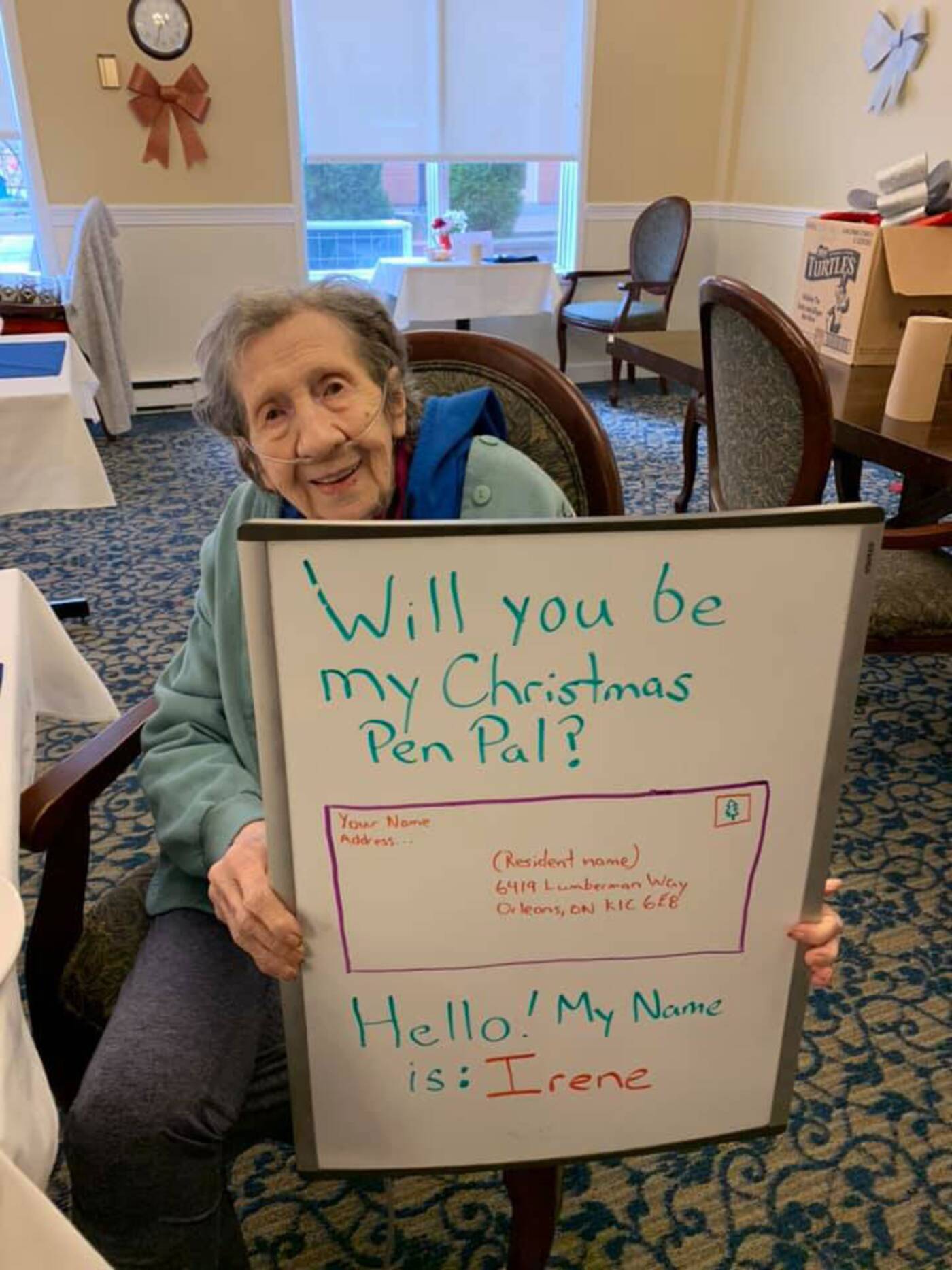 Moll Berczy House for German-speaking seniors has had a pen pal program throughout the pandemic that's picking up speed with the coming holidays. 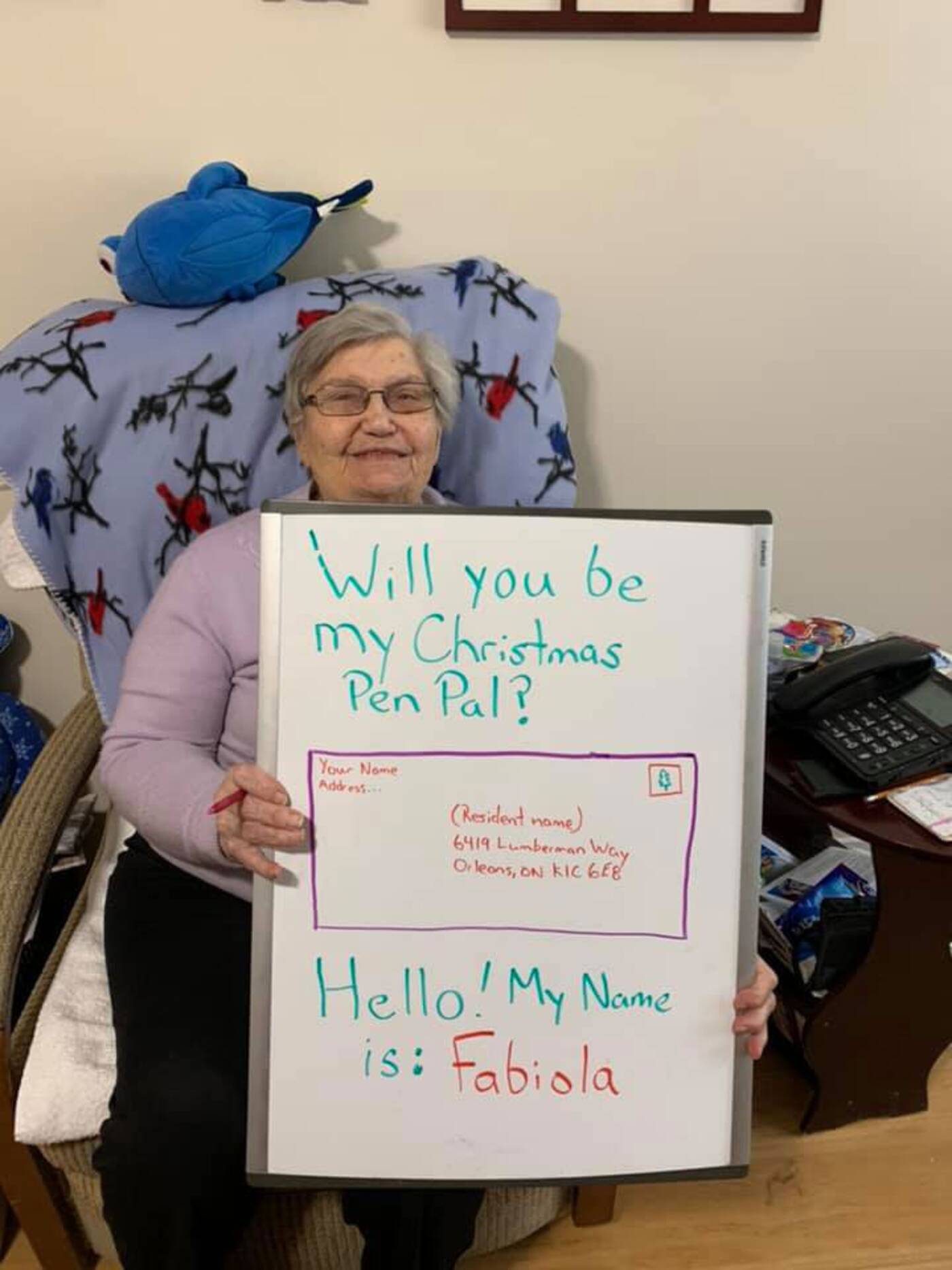 They're also looking for DVDs with German-speaking Christmas music if you're looking for a more unique way to help seniors out in Toronto for the holidays and can pass some along.