L’Amoreaux Park, which can be found in the middle of a residential community in the north end of Toronto, used to be the grounds of a large First Nations longhouse village.

Over 20,000 native artifacts, including pieces of stone, tools, copper beads, and pottery, as well as the remnants of 16 longhouses, were uncovered about 10 years ago. 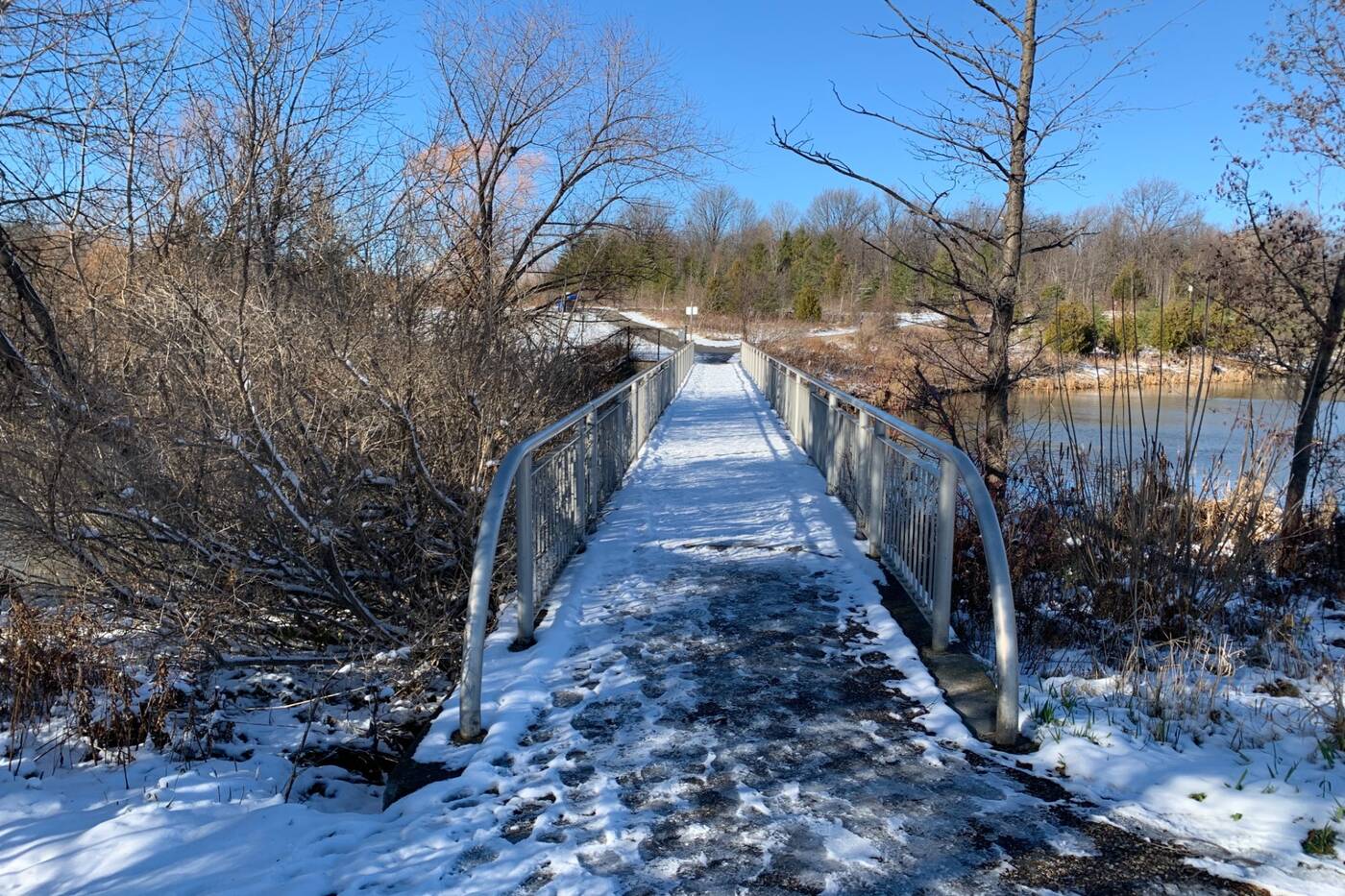 A bridge leads into the south end of the park and over L'Amoreaux Pond.

They were discovered during the development of the subdivision that surrounds the park today. 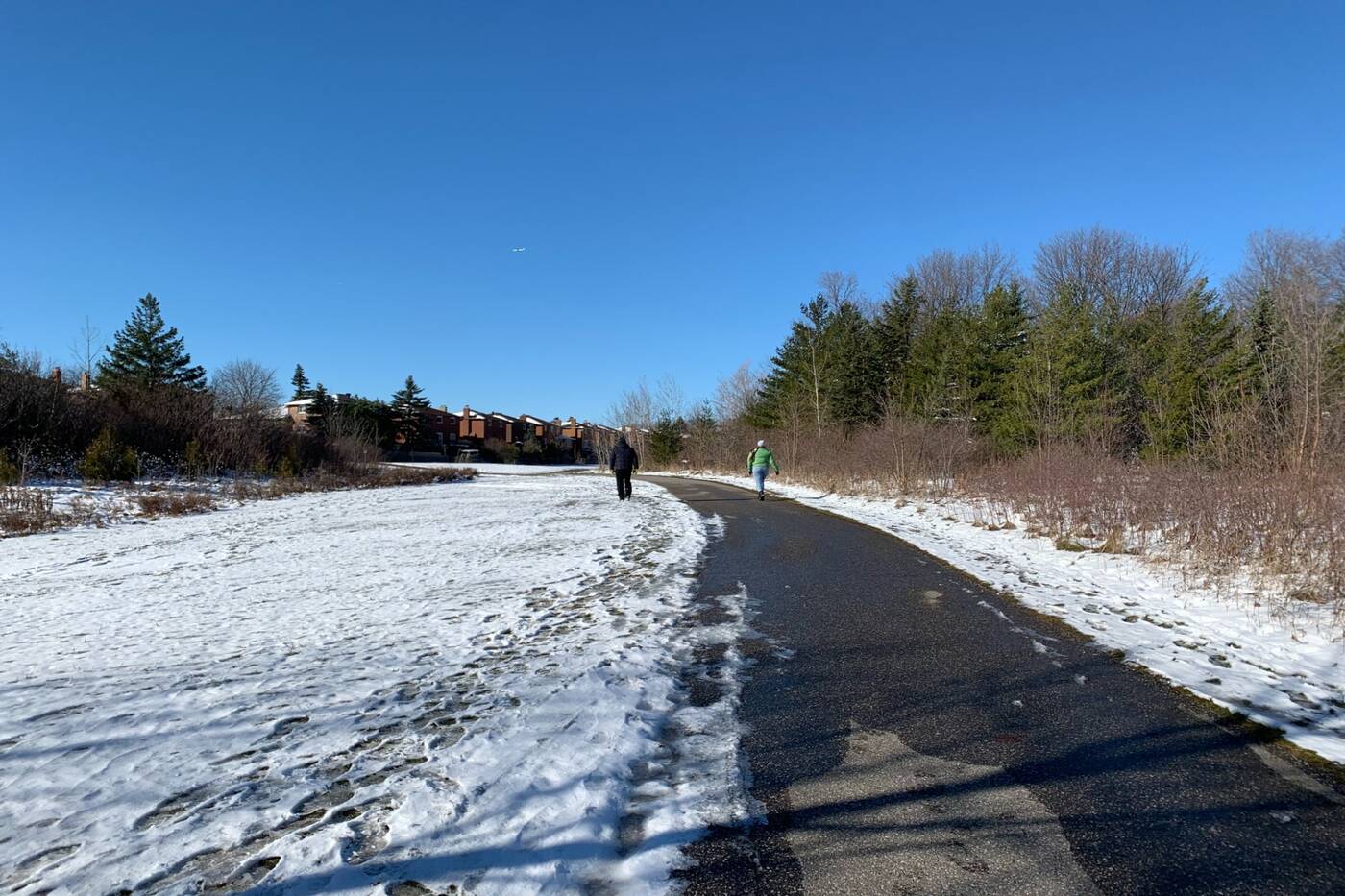 Residential homes surround the property of what used to be a First Nations community 600 years ago.

Due to the number of artifacts discovered, it’s been estimated that up to a thousand people lived in the 2.6-hectare Huron-Wendat village. That’s similar in size to the Iroquoian Village at Crawford Lake Conservation Area. 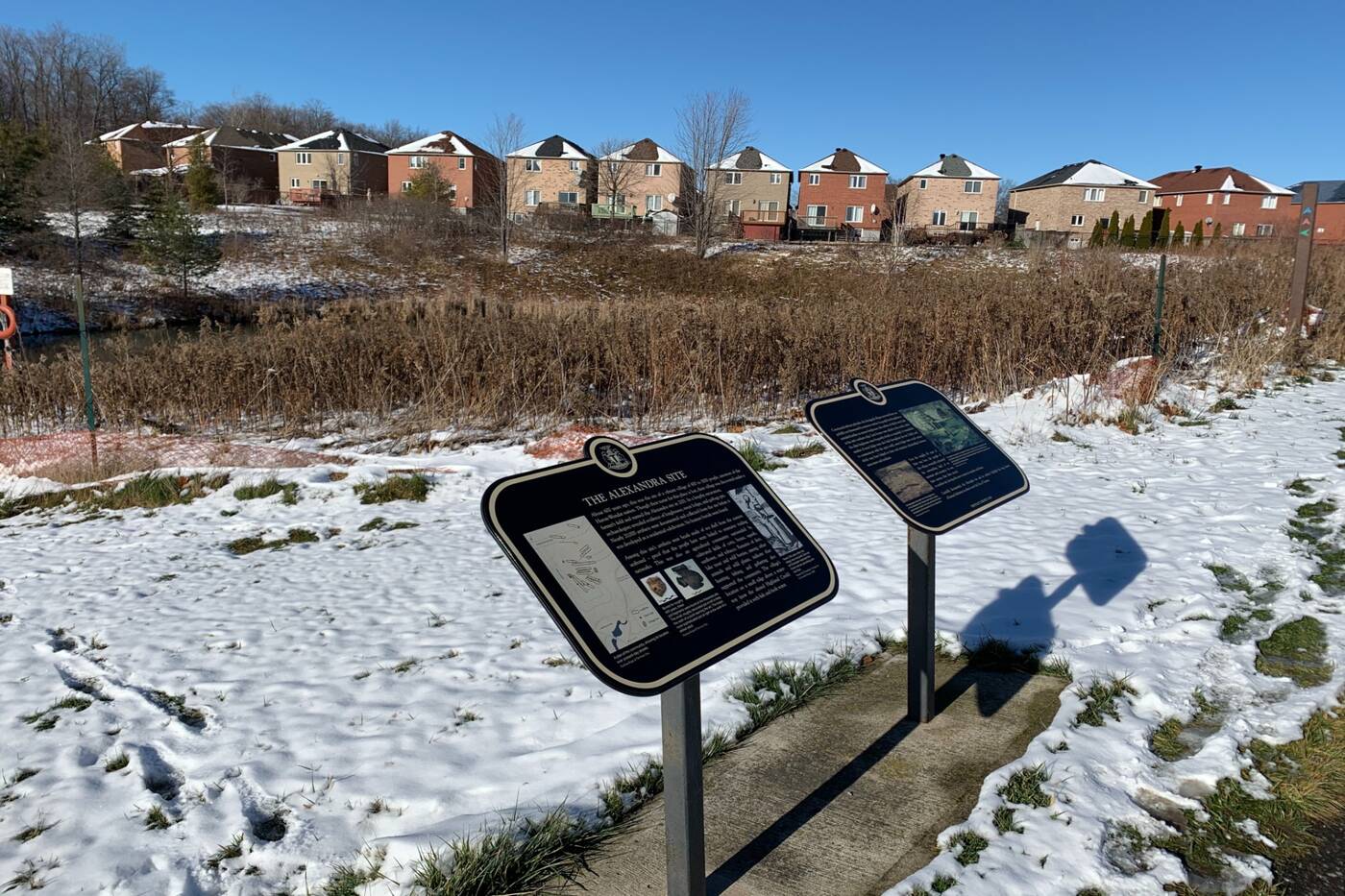 Two informational plaques that outline the prior Huron-Wendat community stand in the park.

Since there were no burial sites found, residential development was able to continue and the area is now surrounded by suburban townhouses. Two plaques were put up to mark the spot of discovery named the Alexandra Site. 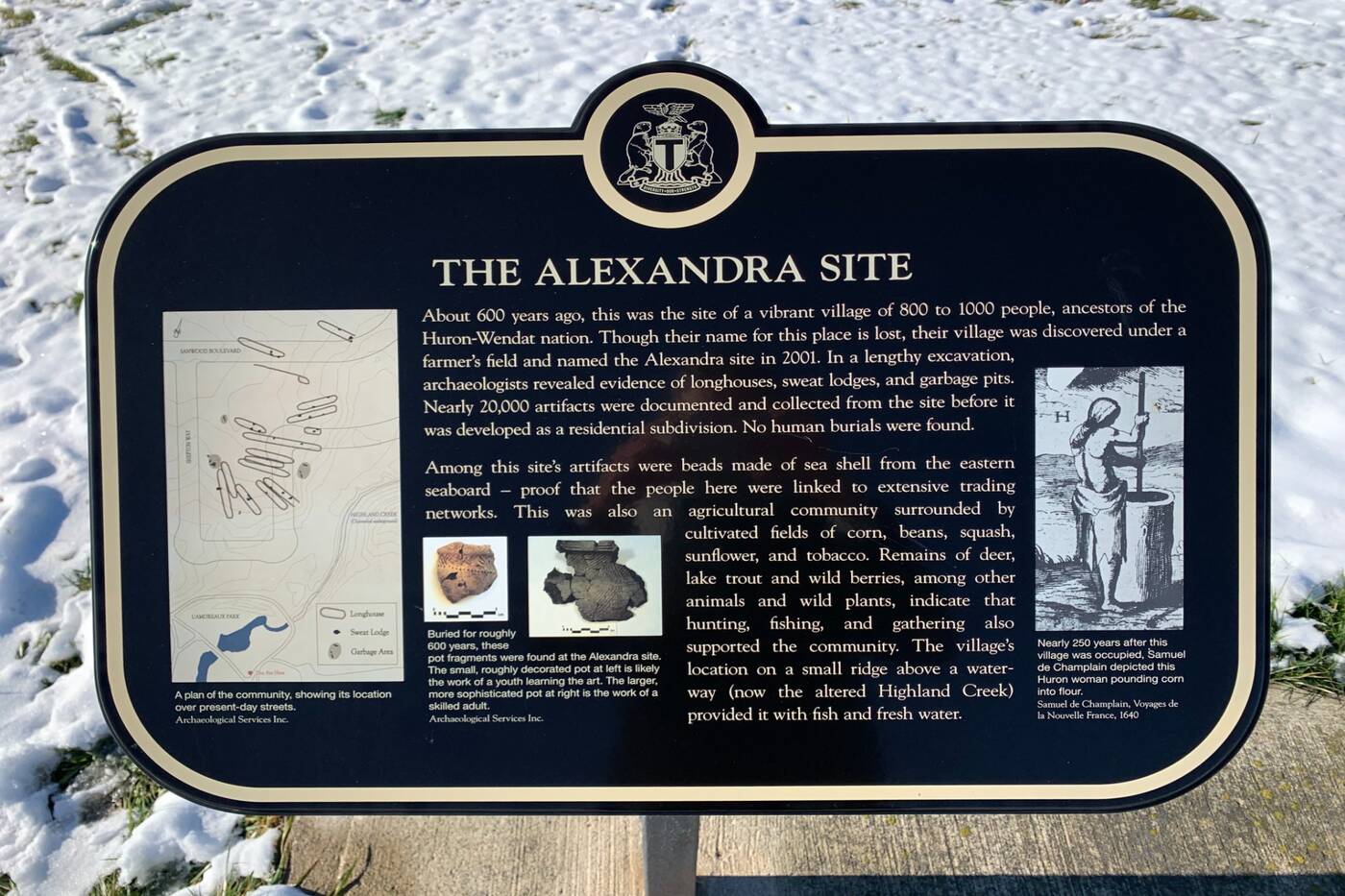 The plaque says the artifacts suggested that the people here were linked to extensive trading networks.

With a large pond as the centerpiece, the rest of the park boasts some incredible natural beauty. L’Amoreaux Pond is fed by West Highland Creek which is also a tributary to the creek around the Scarborough Bluffs. 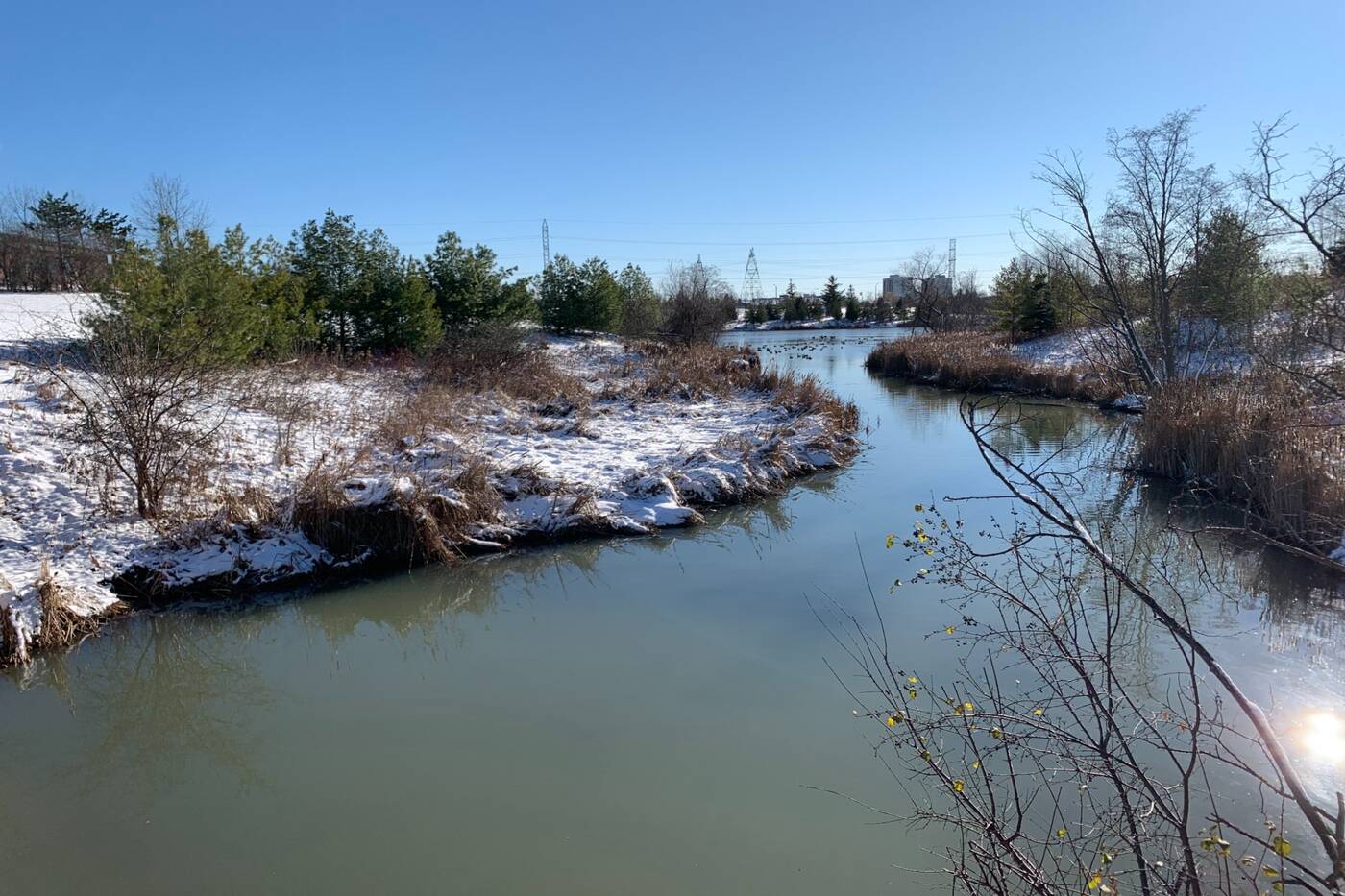 You can walk the diameter of the pond on the pathway that encircles the body of water.

A paved trail loops around the edge of the pond, with lots of benches set along it for watching the ducks, geese, and the occasional heron before they find warmer temperatures. 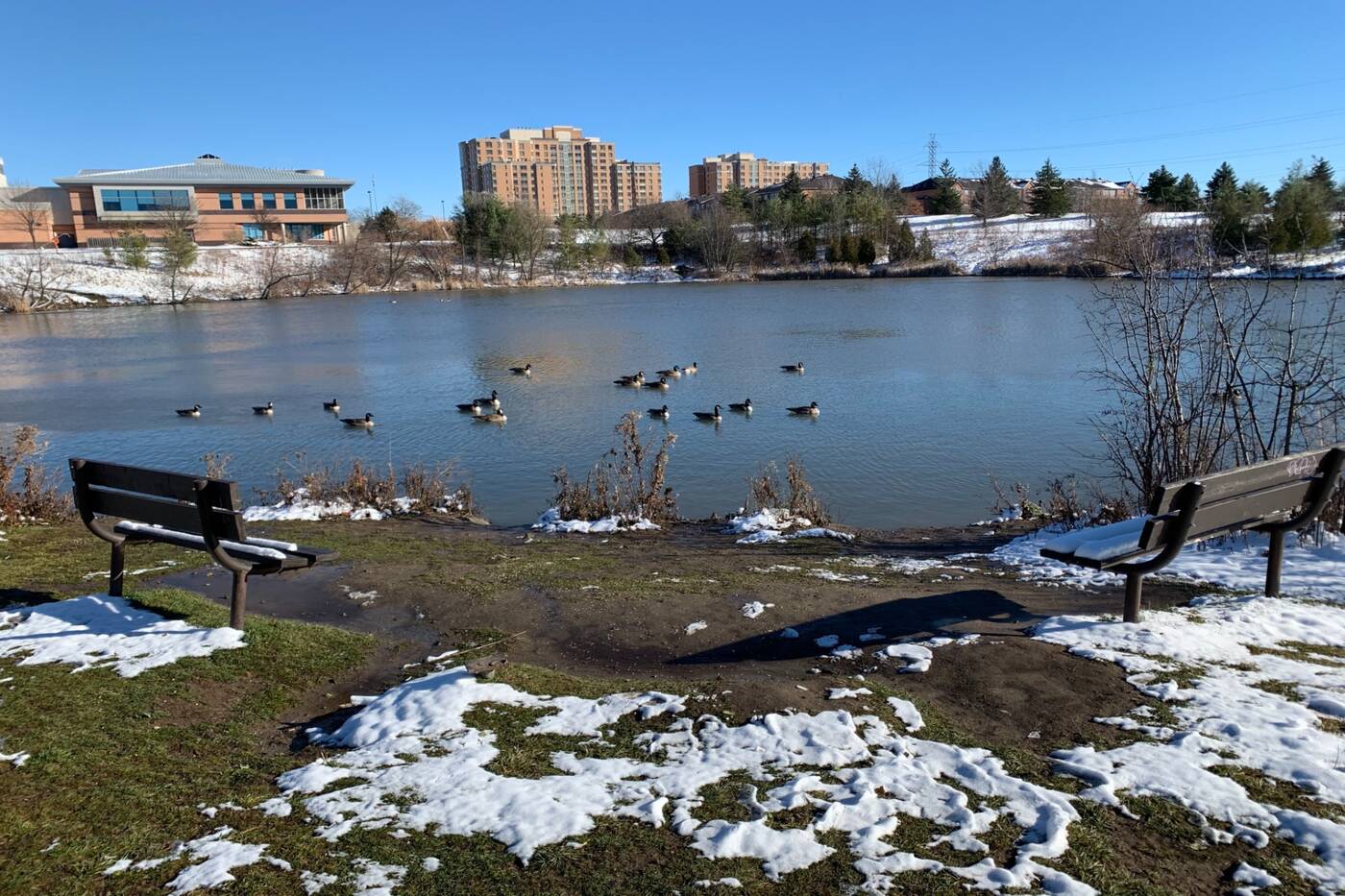 There are a number of spots to sit by the pond.

Before passing over a few footbridges, the trails eventually continue into the pristine snow-covered woodland of Passmore Forest situated toward the north end of the park. 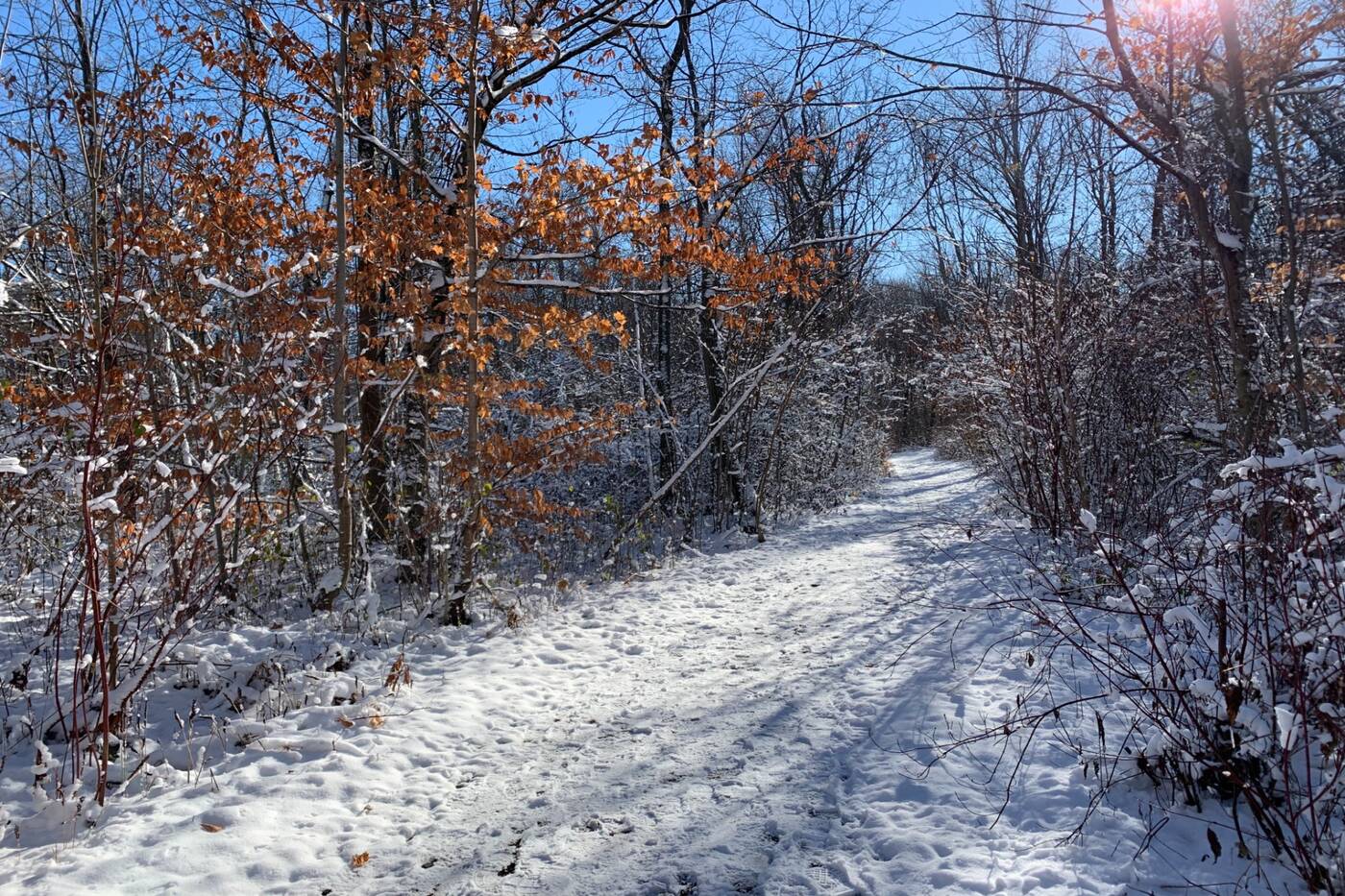 The forest trails let you venture deeper into the dense trees and bush.

Although the forest isn’t as large as some others in the city, it’s a significant percentage of the old-growth forest in the area and has some interesting vegetation. 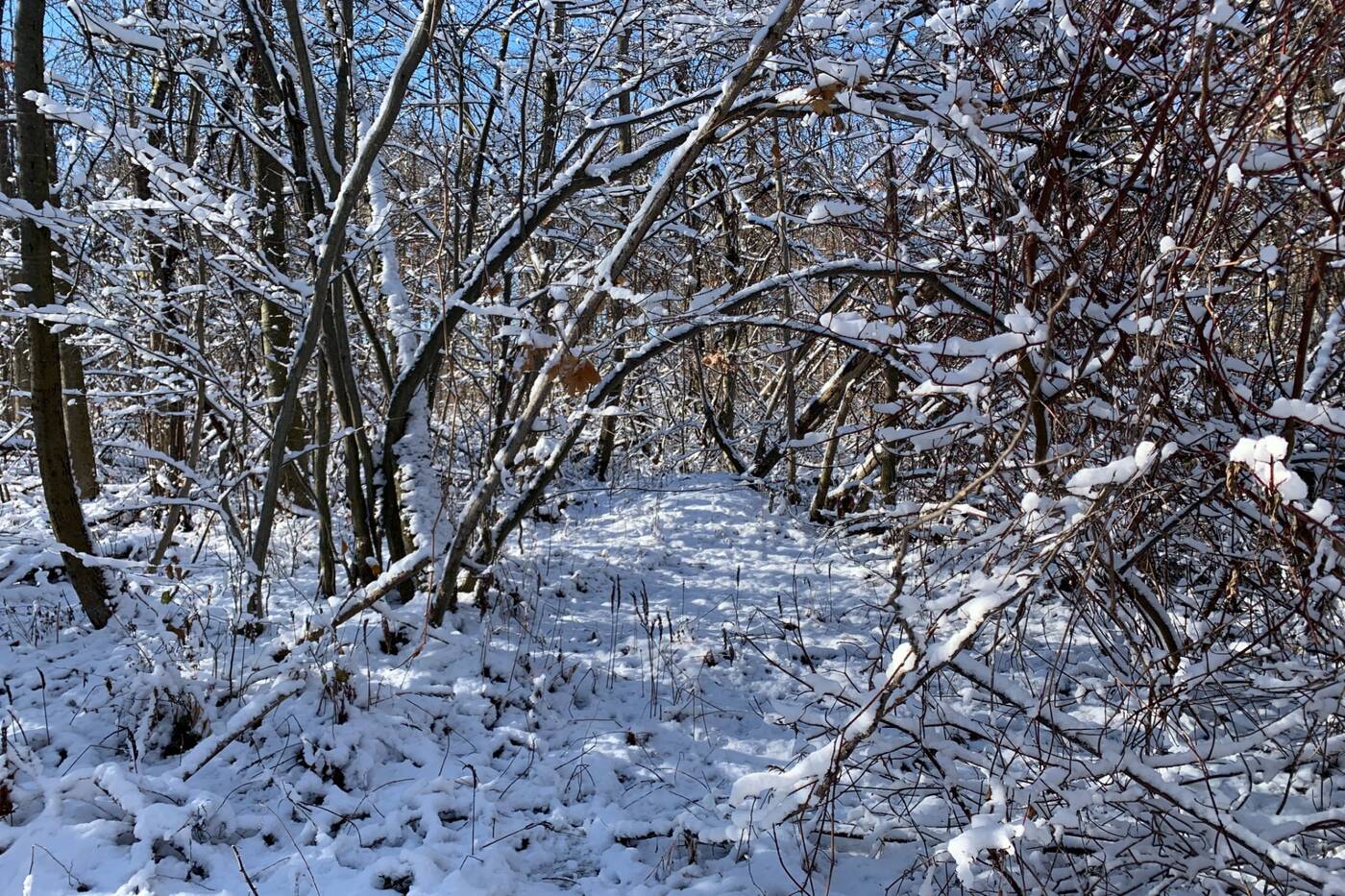 The towering branches look beautiful this time of year when they're dressed in white.

Tall interlaced vines and branches create a magical winter wonderland when they’re blanketed in sparkling snow, with a few pops of colour from the wild berries on either side of the pathway. The trail loops through the forest in a few different directions before coming out on the other side. 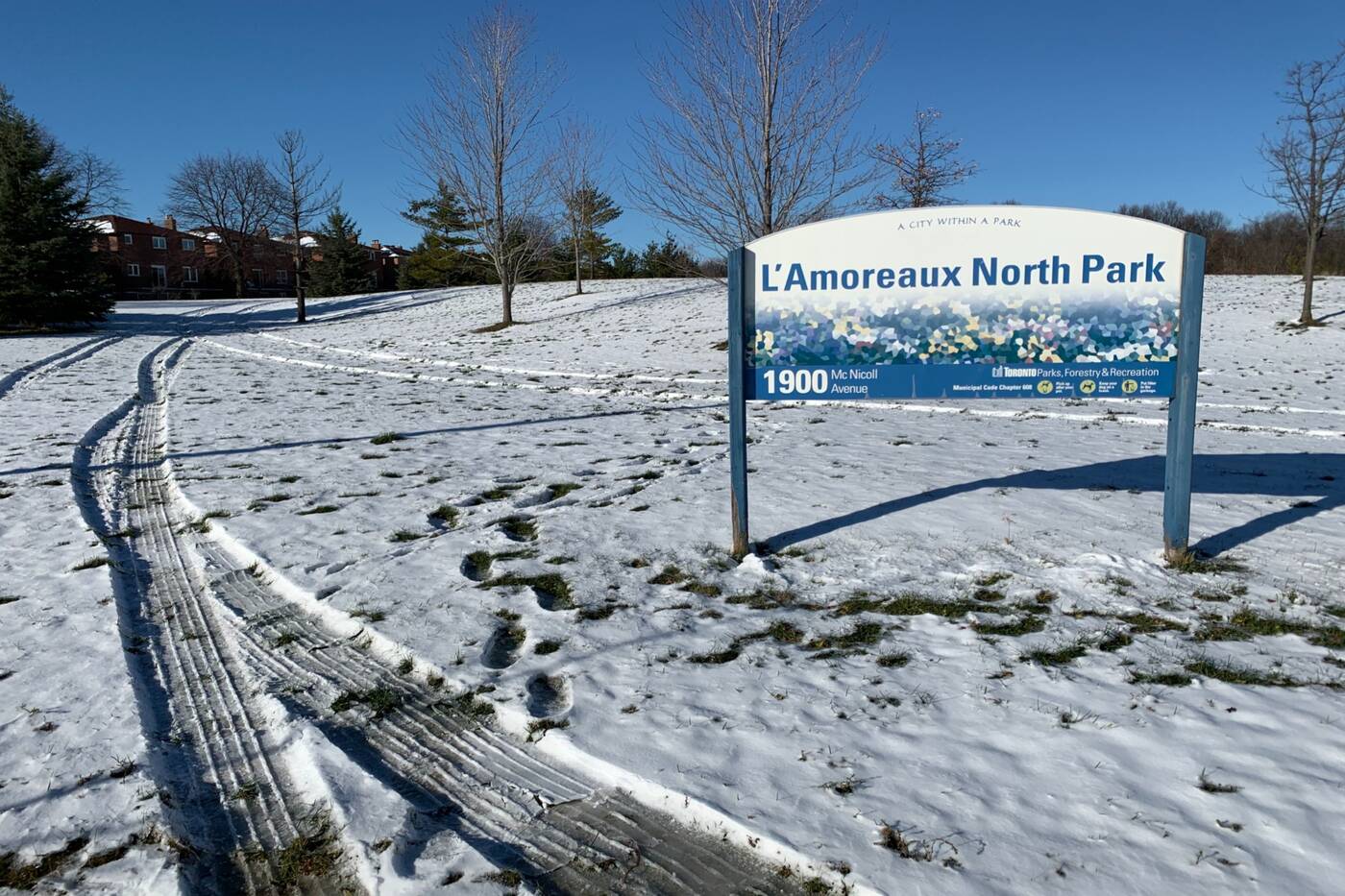