A new Indigenous space at the University of Toronto's downtown campus will include an amphitheatre, gathering and teaching spaces along with gardens.

The Indigenous space, at the heart of the St. George campus on Hart House Green, will include landscape designs with medicinal gardens, Indigenous trees and cultural markers offering information on residential schools, treaties and the burying of Taddle Creek, which once snaked through the area, according to the University of Toronto. 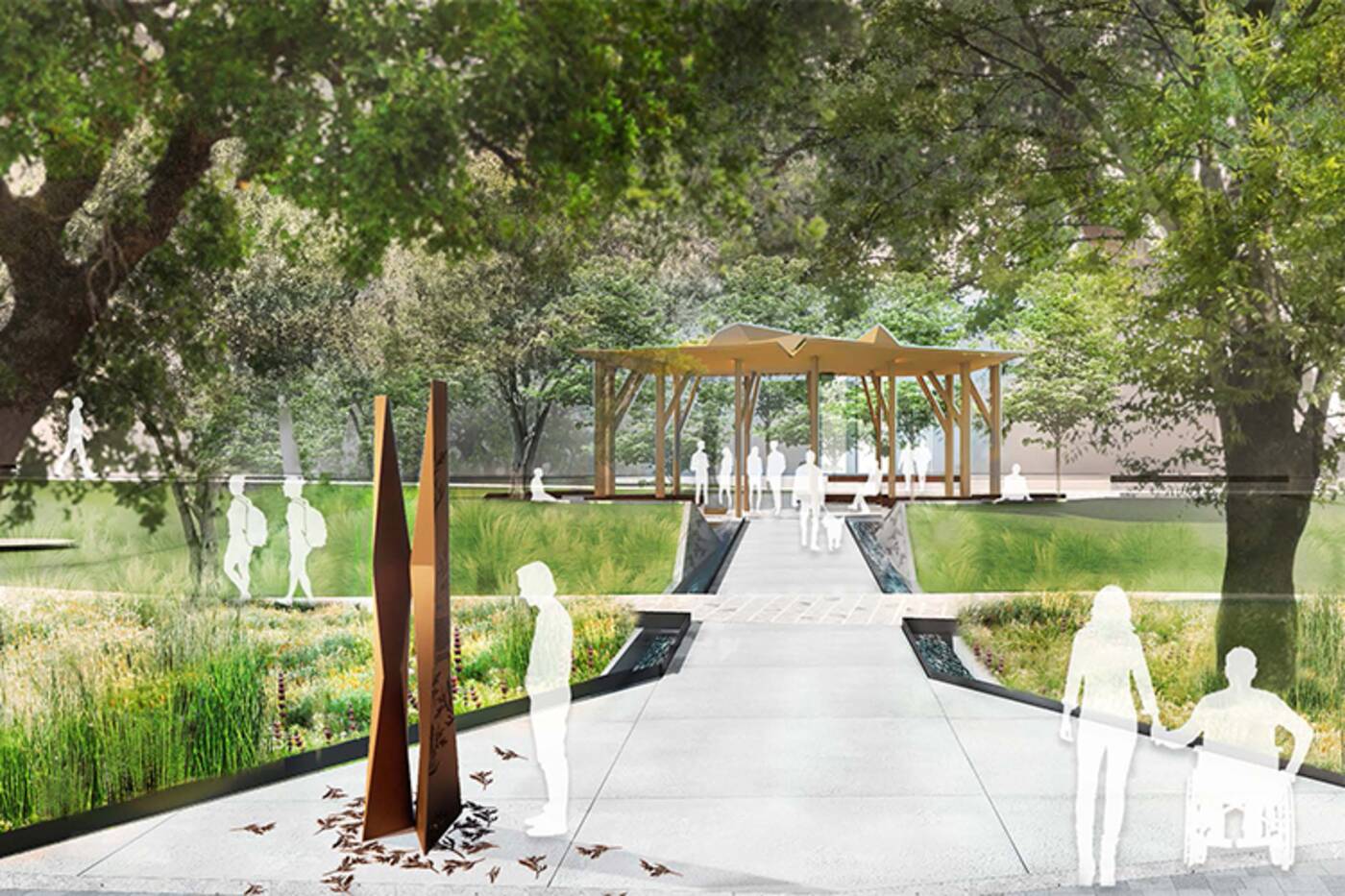 The site will feature cultural markers that contain information and stories, and will be augmented with QR codes that direct visitors to online content with more details.

A driving force of the project is acknowledging Taddle Creek, long a gathering place for Indigenous groups until it was buried in the 19th century, said Ryan Gorrie, an architect and senior associate at Brook McIlroy and member of Sand Point First Nation on Lake Nipigon.

"Thinking that the burying of the creek was synonymous with the burying of Indigenous knowledge, culture and ways is an important piece to reflect on – the way we treat the land and the way Indigenous people have been treated," said Gorrie.

"Acknowledging the creek in some form is an important part of the project, but also this sense of presence – how to create a permanent place where Indigenous culture can be shared, where people can gather and where active and passive knowledge can be part of the experience for Indigenous and non-Indigenous people." 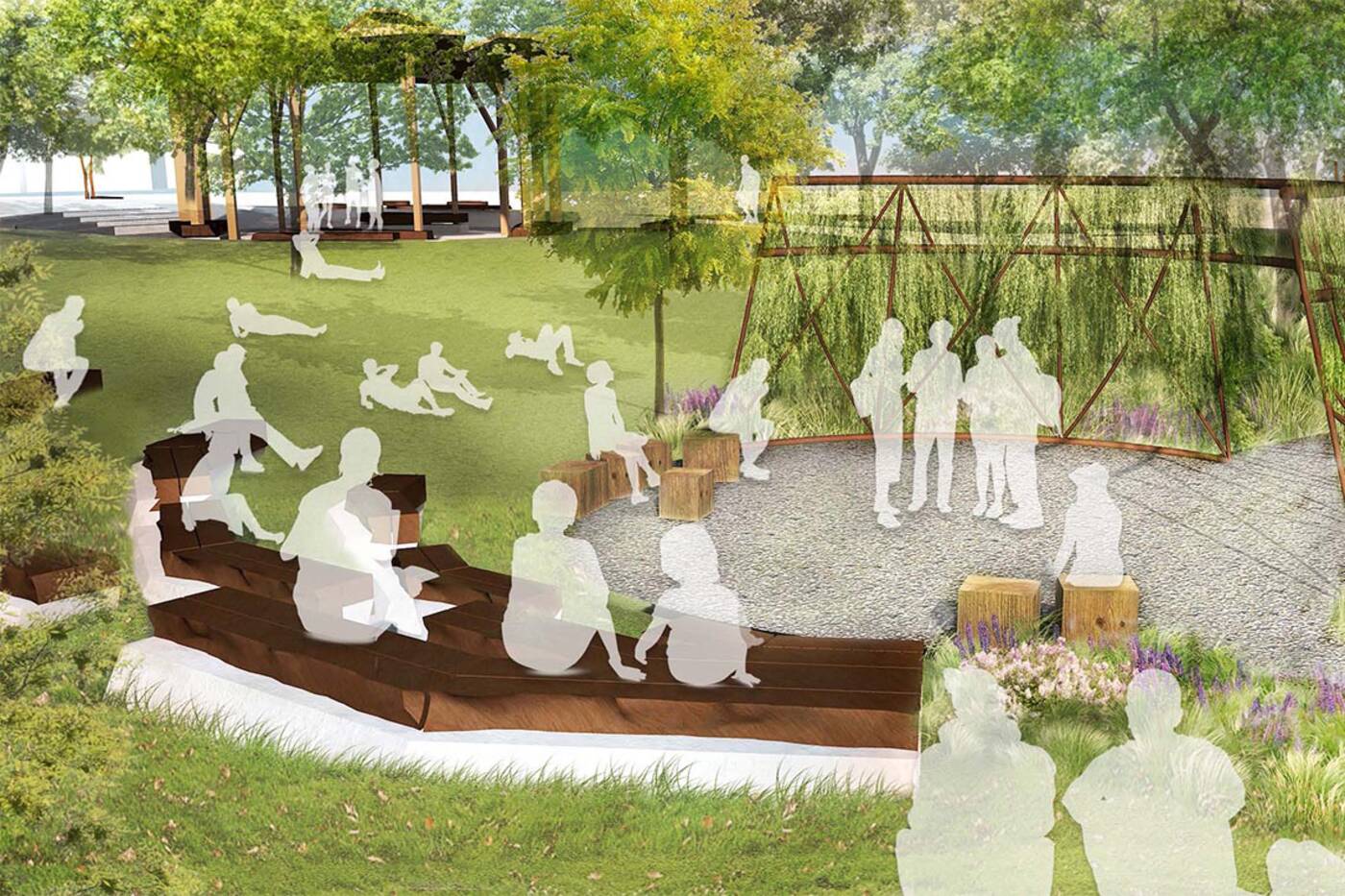 The plan includes an amphitheatre space that functions as an informal teaching and seating area.

The main entrance to the estimated 4,500-square metre site is on the east side, a decision that Gorrie said reflects the importance of the easterly direction in many Indigenous cultures as marking the beginning of a new day.

The entrance leads to a walkway lined by a creek bed which, during rainfalls, will direct water to medicinal plants in the low-elevation area of the site.

The pavement around the perimeter of the site features triangle-cut tiles with bronze inlays.

"Bronze is an alloy of copper, which features prominently in ceremonial use in Indigenous nations as it relates to water, so there’s that connection as well," said Gorrie.

The Knowledge House, a gathering space supported by 13 columns that symbolize the 13 moons of the year and encircle a central fire pit, is the central space and where a ceremonial fire can be lit. 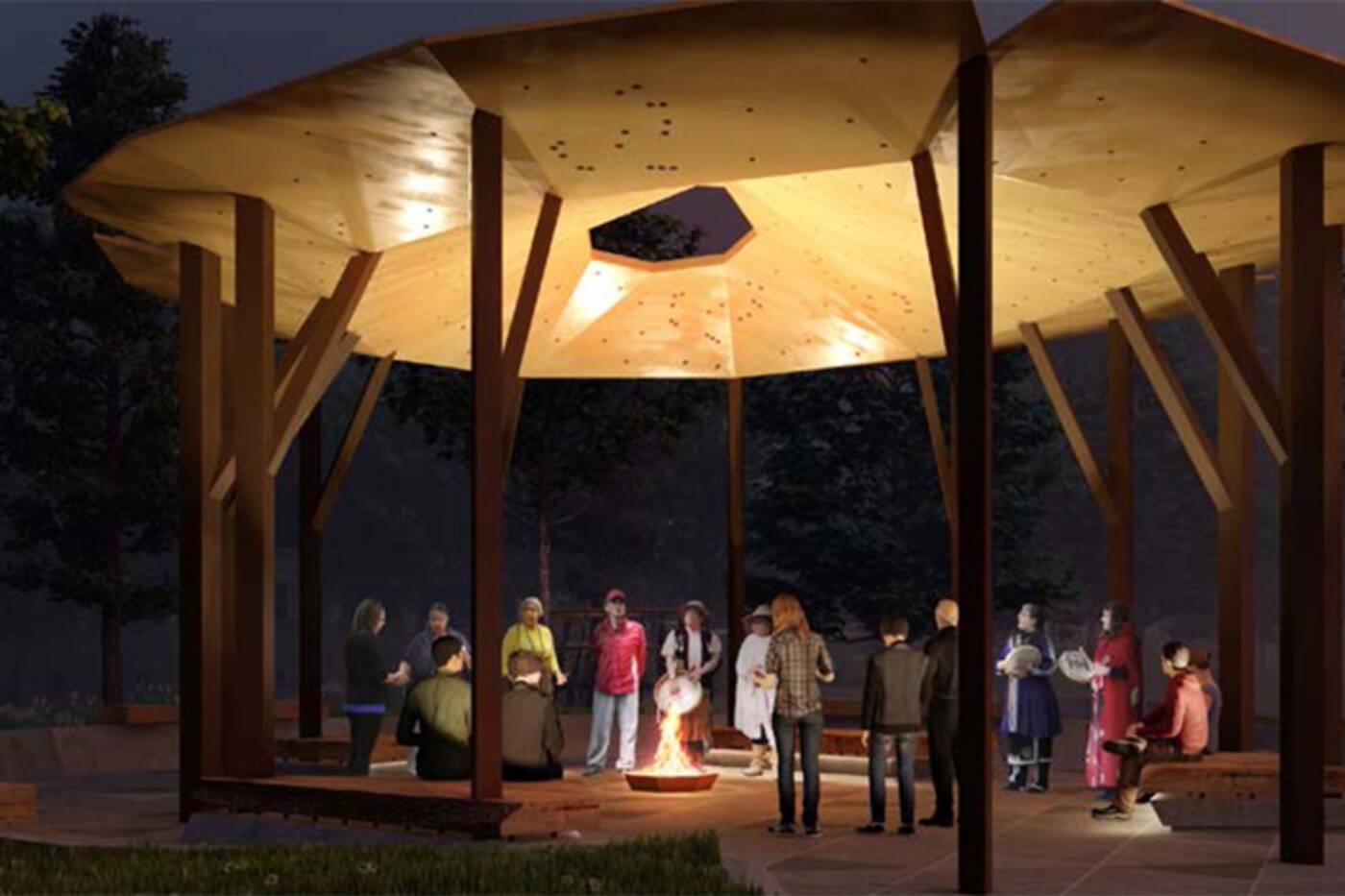 The roof of Knowledge House has a hole through which smoke from a fire can rise.

The underside of the structure's roof features depictions of Indigenous star knowledge and constellations, while the centre of the roof has a hole through which smoke from the fire can rise.

To the south of Knowledge House, there will be a clearing and amphitheatre space that Gorrie describes as a "less formal teaching and passive seating area" dotted with benchtops made using reclaimed timber sourced from around the site.

While these two structures form a key part of the Indigenous Landscape, Gorrie says the trees and plants around the site are just as important.

"One of the threads that came up during consultations was, 'How do we restore things like plant knowledge and bring that into the fold?'" said Gorrie. "Having a knowledge-holder like Joseph Pitawanakwat on our team who has that extensive plant knowledge could augment what was being shared with us by Elders and other stakeholders."

Trees were selected carefully, reflecting the input of community members.

The plans were developed following consultations with Indigenous U of T community members, Elders and nations in accordance with "Answering the Call: Wecheehetowin," U of T’s response to the Truth and Reconciliation Commission (TRC) of Canada's Calls to Action.

An Indigenous Advisory Committee of Indigenous students, faculty, staff and representatives of the Elders’ Circle consulted on the project. 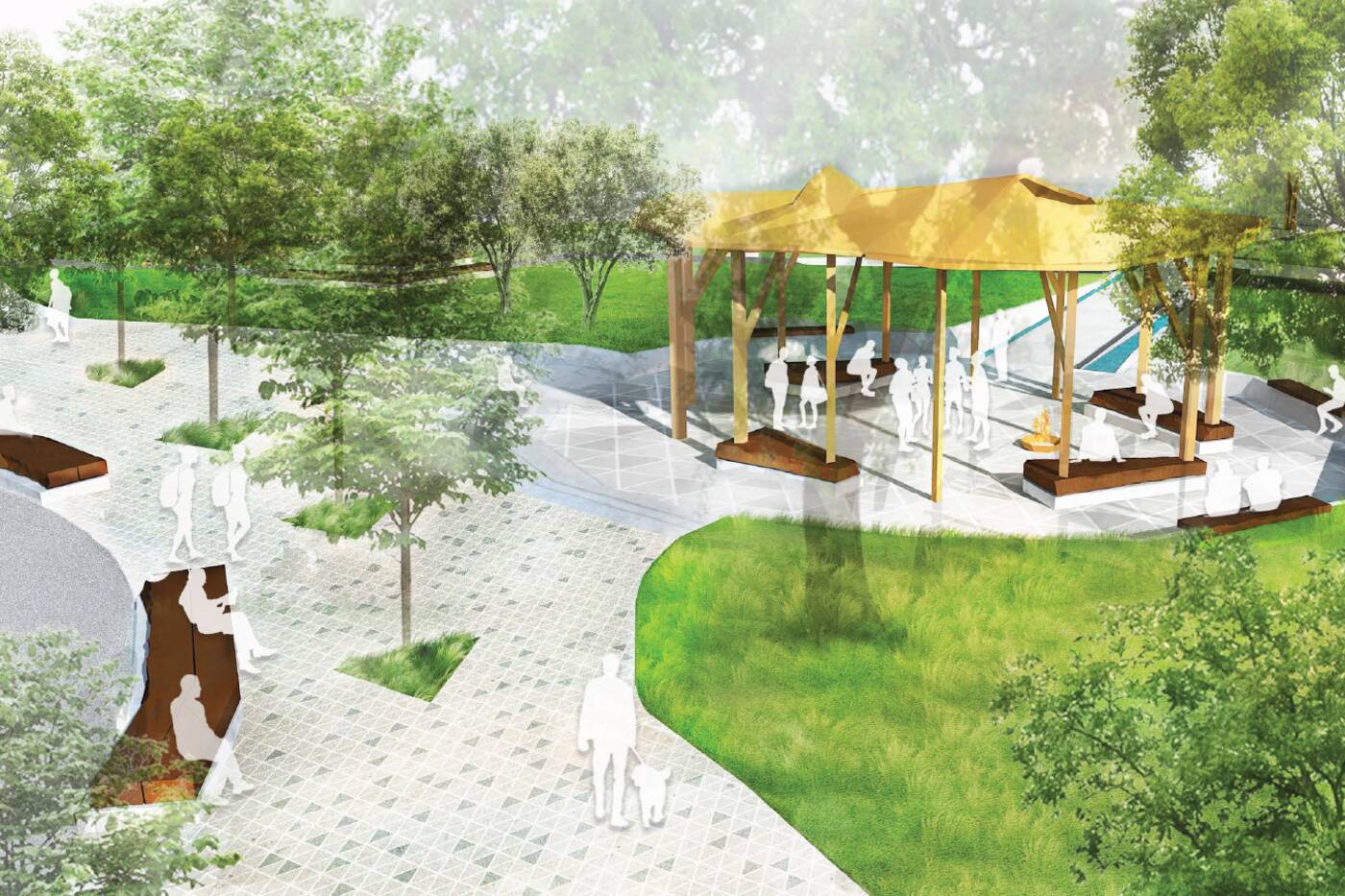 Benchtops will be made using reclaimed timber sourced from around the site.

"There has been a very robust consultation process that began early in the project with the advisory committee and stakeholders," said Shannon Simpson, U of T's director of Indigenous Initiatives, co-chair of the Indigenous Landscape project and a member of Alderville First Nation.

The project also included input from Indigenous students across campus through pop-ups.

It is part of a broader revitalization of the historic core of the St George campus.

Renderings by Brook McIlroy and Mat Winter via University of Toronto