It's clear to just about everyone that news media has gone digital: practically every newspaper has an online component.

For those with access to the Internet, this means we have the opportunity to read news from a wide variety of sources, with the option of ensconcing ourselves in our own personal echo chambers or by reading a wide swath of opinions.

In some ways, this mirrors the development of newspapers in the 1800s and early 1900s in Toronto.

While the printing press in Canada had been used chiefly as an organ for the government to publish notices and proclamations, politicians gradually started having their own papers for the dissemination of their ideals.

The politics of printing in 1800s Toronto

When we look back at the history of newspapers in the city, many were started out of frustrations with the status quo. Toronto's first mayor, William Lyon Mackenzie, had his own newspaper the Colonial Advocate, where he espoused his more radical ideas.

Founding the paper in 1824, he championed the ideals of responsible government. His bombastic personality and tumultuous career spurred on the 1837 Rebellion.

Similarly, The Globe, founded by George Brown (one of the fathers of Confederation), was borne up by Brown’s own liberal ideals and his personal involvement in the Reform Party.

A Scottish Presbyterian, George Brown peppered his newspapers with anti-Catholic rhetoric. His newspaper was one of the first in Canada to comment broadly on the abolitionist movements in the United States during the 1840s and 1850s. 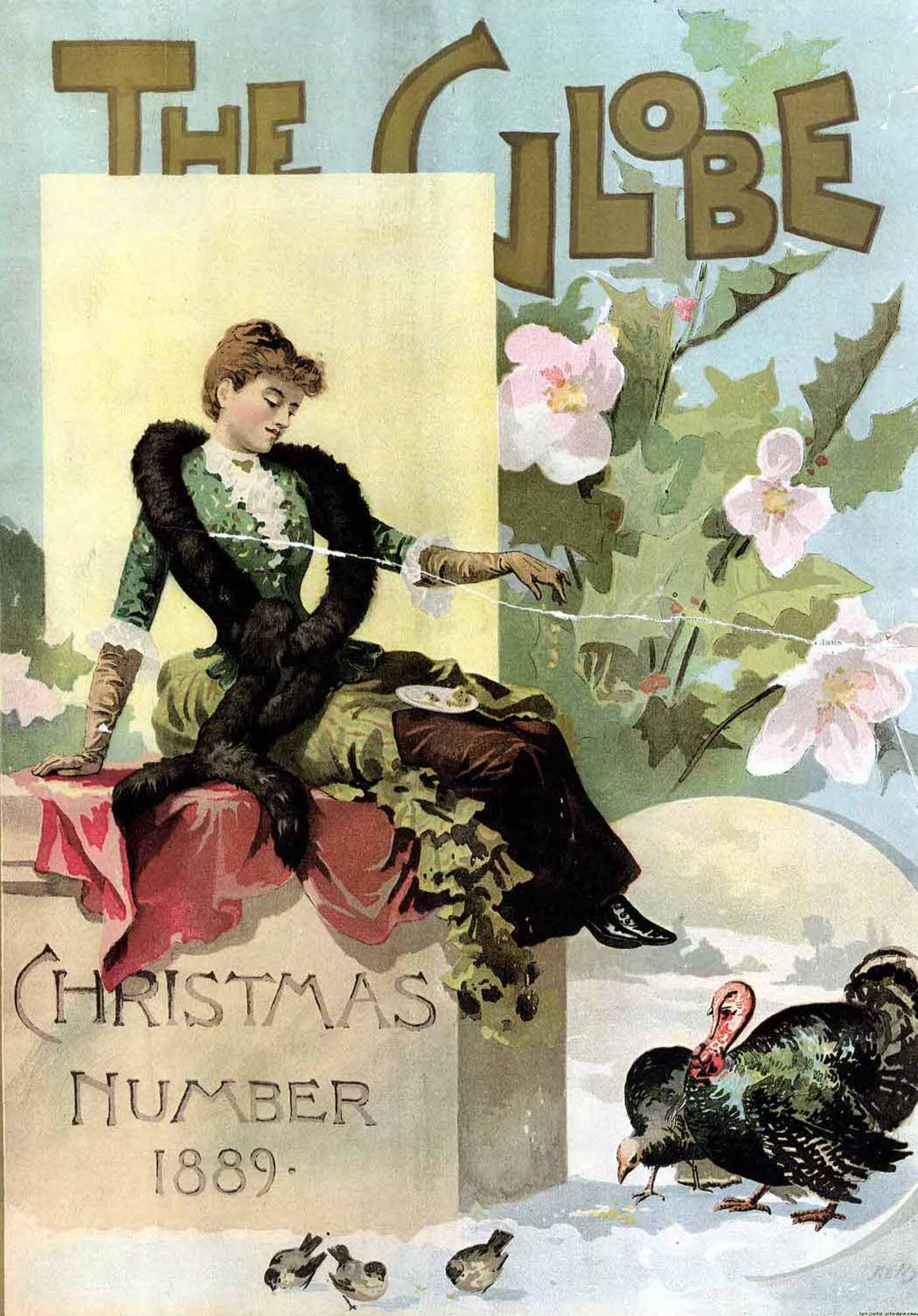 The cover of The Globe's Christmas newspaper in 1889. Courtesy Library and Archives Canada.

The Toronto Mail was the official organ of the Conservative party when it was founded in 1872, although the managing editor declared it apolitical in 1886.

The Toronto Star, founded in 1892 under the name The Evening Star (or, depending upon time of publication, the Toronto Daily Star) was created by striking Toronto News workers under the leadership of one of Toronto’s future mayors, Horatio Clarence Hocken.

Working as a typesetter under gruelling conditions at The Globe and the Toronto News offices, Hocken and other strikers started their own paper in protest. 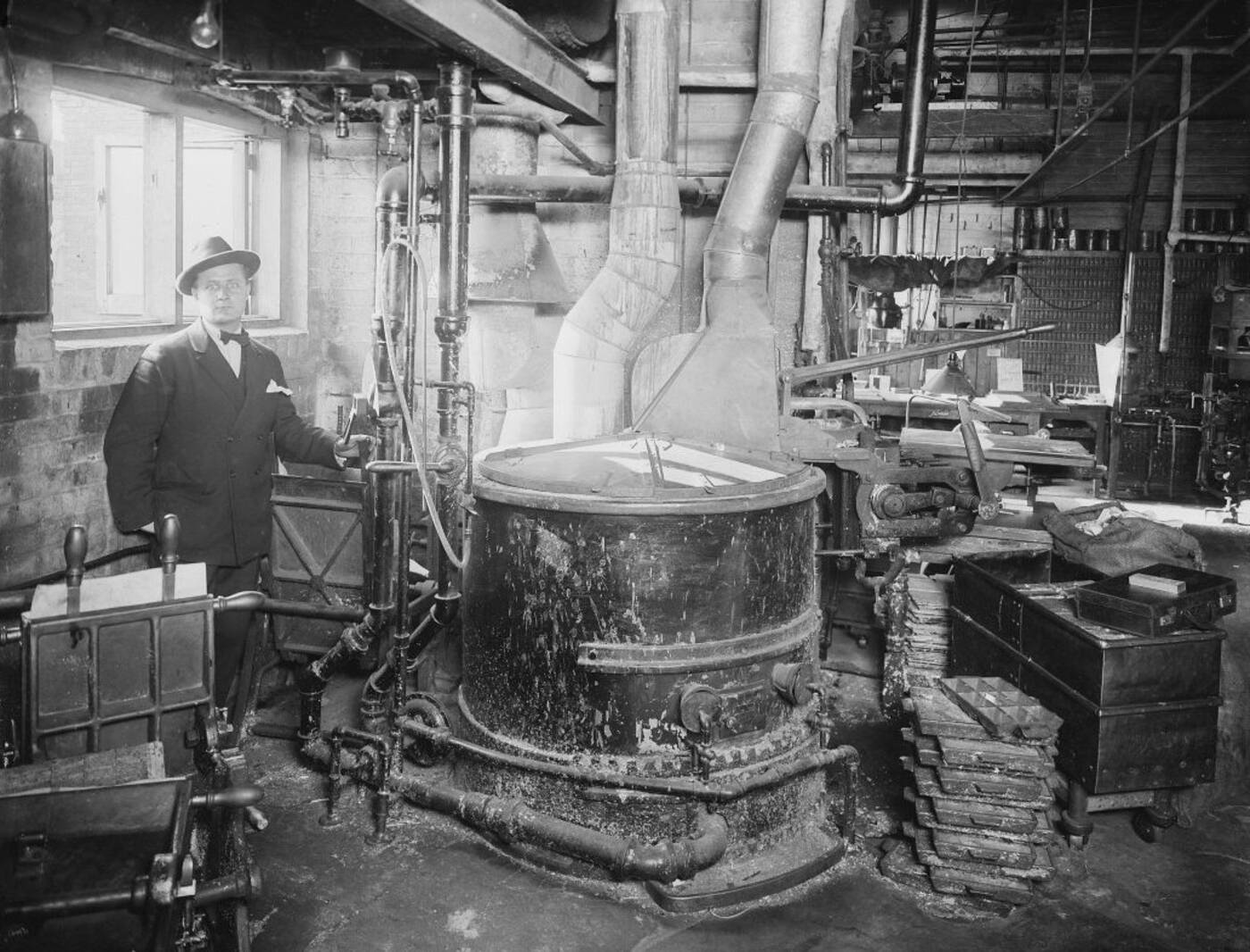 One of the print rooms of the Toronto Star in the 1920s. Courtesy City of Toronto Archives.

The Toronto Evening Telegram, a conservative paper that supported the interests of the working-class, Irish Protestant community was founded in 1876 by John Ross Robertson. Robertson, a local historian and philanthropist, would champion the causes of working Protestant men, along with sensationalizing crime and violence within the city.

These are only some of the papers at the time; there were many more that circulated throughout the city.

Newspapers were available for a small fee to their subscribers, and towards the end of the 1800s newspapers relied on advertising to help make ends meet. 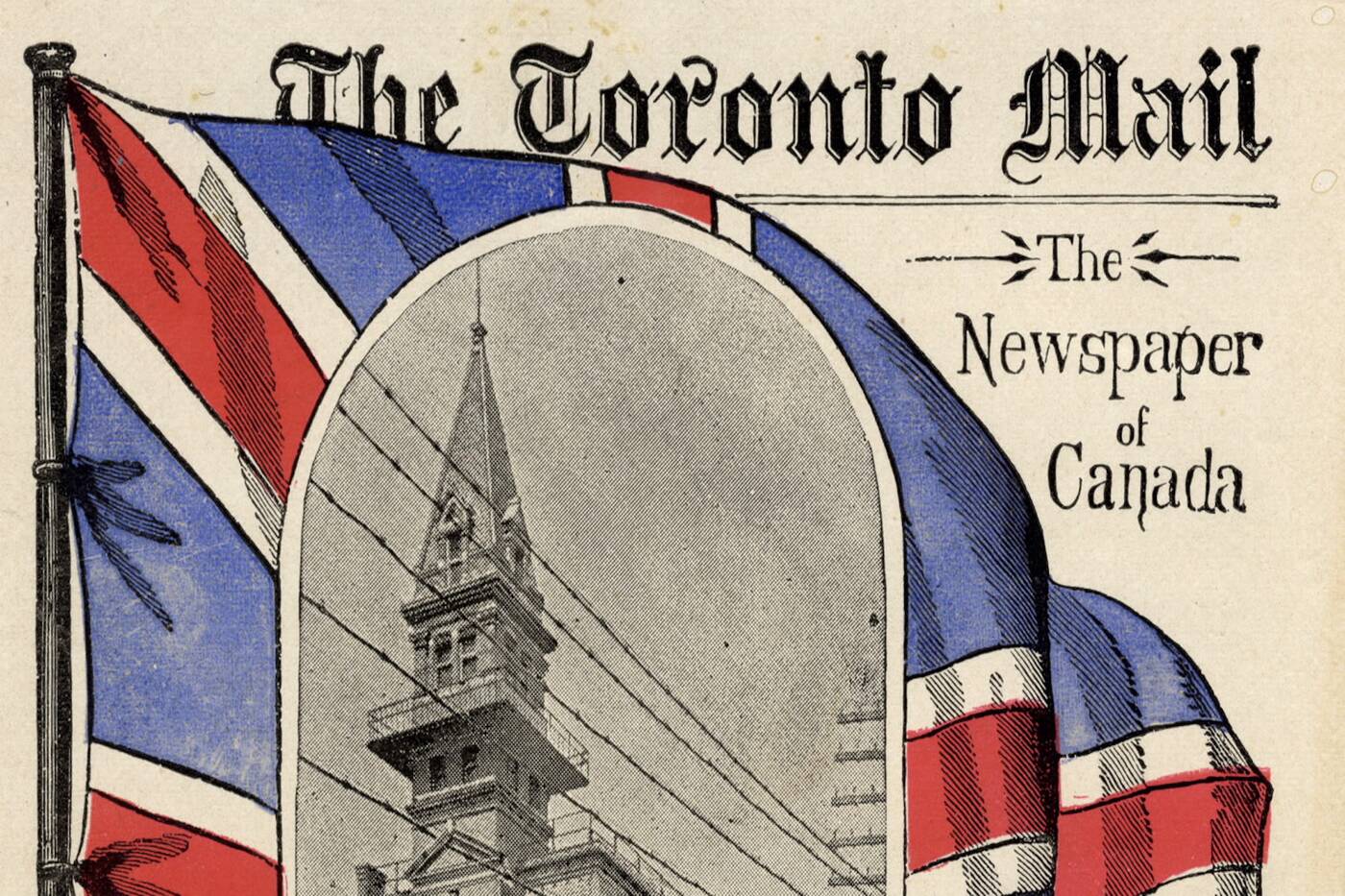 What The Toronto Mail used to look like. Courtesy Toronto Public Library.

At the tail end of the 19th century, Toronto was a bustling city of just over 180,000 people. A number of papers competed for readers’ attentions.

Newsstands were manned by newsboys and newsgirls. These children were often homeless, eking out a precarious living by selling newspapers, shoelaces, pencils, and shining shoes.

Sometimes, these children would take refuge in cheap lodgings in the downtown core, or at the local newsboys’ home (a charitable institution set up by George W. Allan in the late 19th century). 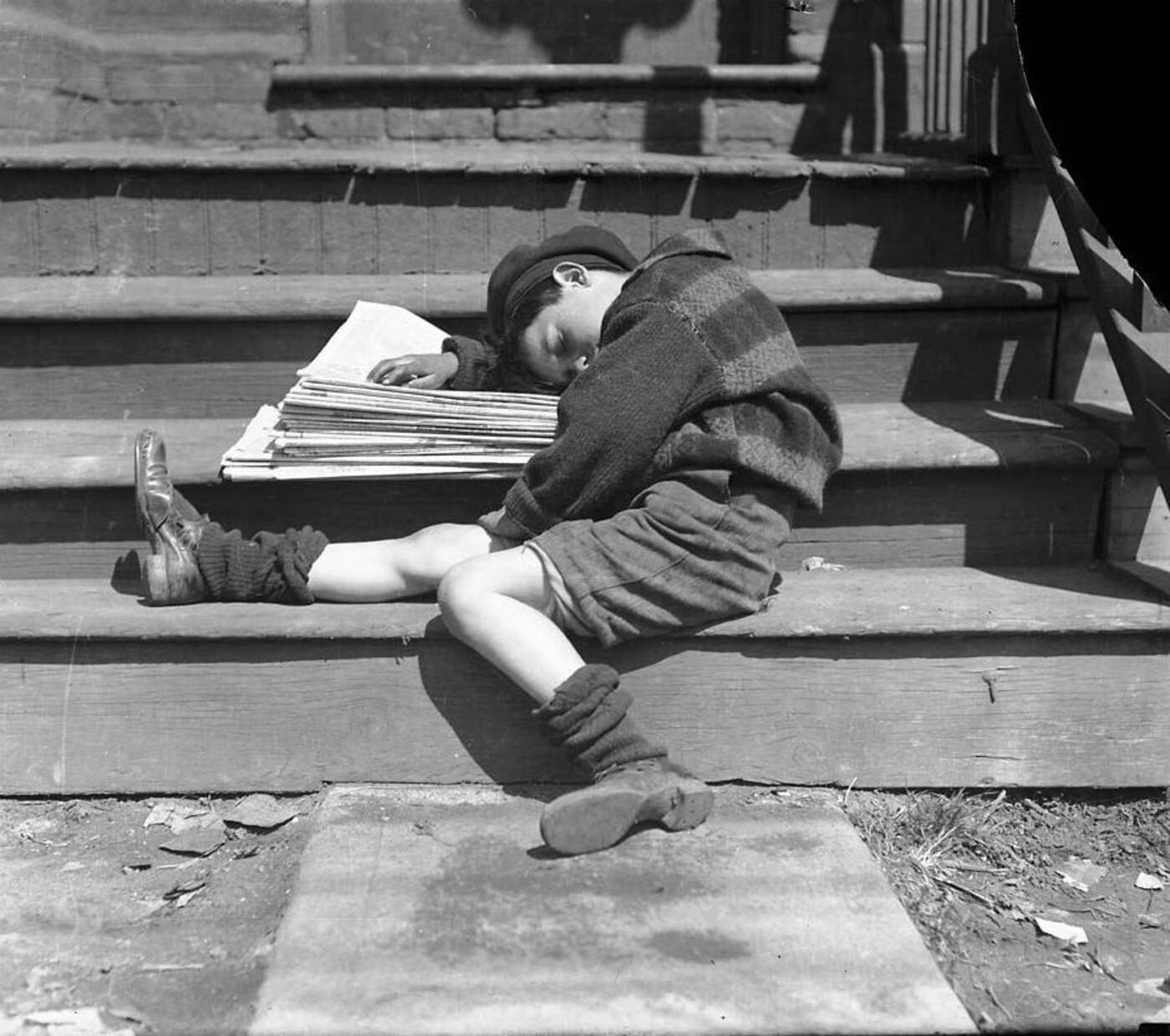 A Toronto newsboy catches a brief nap in this undated photo. Courtesy City of Toronto Archives.

Legislation by the Ontario government in 1893 aimed at providing a more stable life for the city’s homeless children by getting them off the streets, but child labour and precarious living persisted well into the twentieth century.

The logistics of newspaper production in the 1800s and 1900s

In the early 1800s, printing of newspapers was done on hand presses. These hand presses, clunky machines made out of iron, were cumbersome to use and usually required two people to operate them.

Typesetters would have had to set newspaper columns by hand, using individual pieces of lead called type that displayed the individual letters to make up sentences and rows.

As one might well imagine, newspapers in this era were often replete with typographical errors. Typesetters and printers often worked gruelling 14-hour days, working in low light and in poorly ventilated spaces.

Handling of lead type and breathing in nasty fumes would contribute to the hazards of the workplace. Printers using something like a Washington Press, for example, could only expect to produce 200 copies of a paper per hour. Even in their infancy, papers like The Globe and The Toronto Star circulated in the hundreds to the thousands. 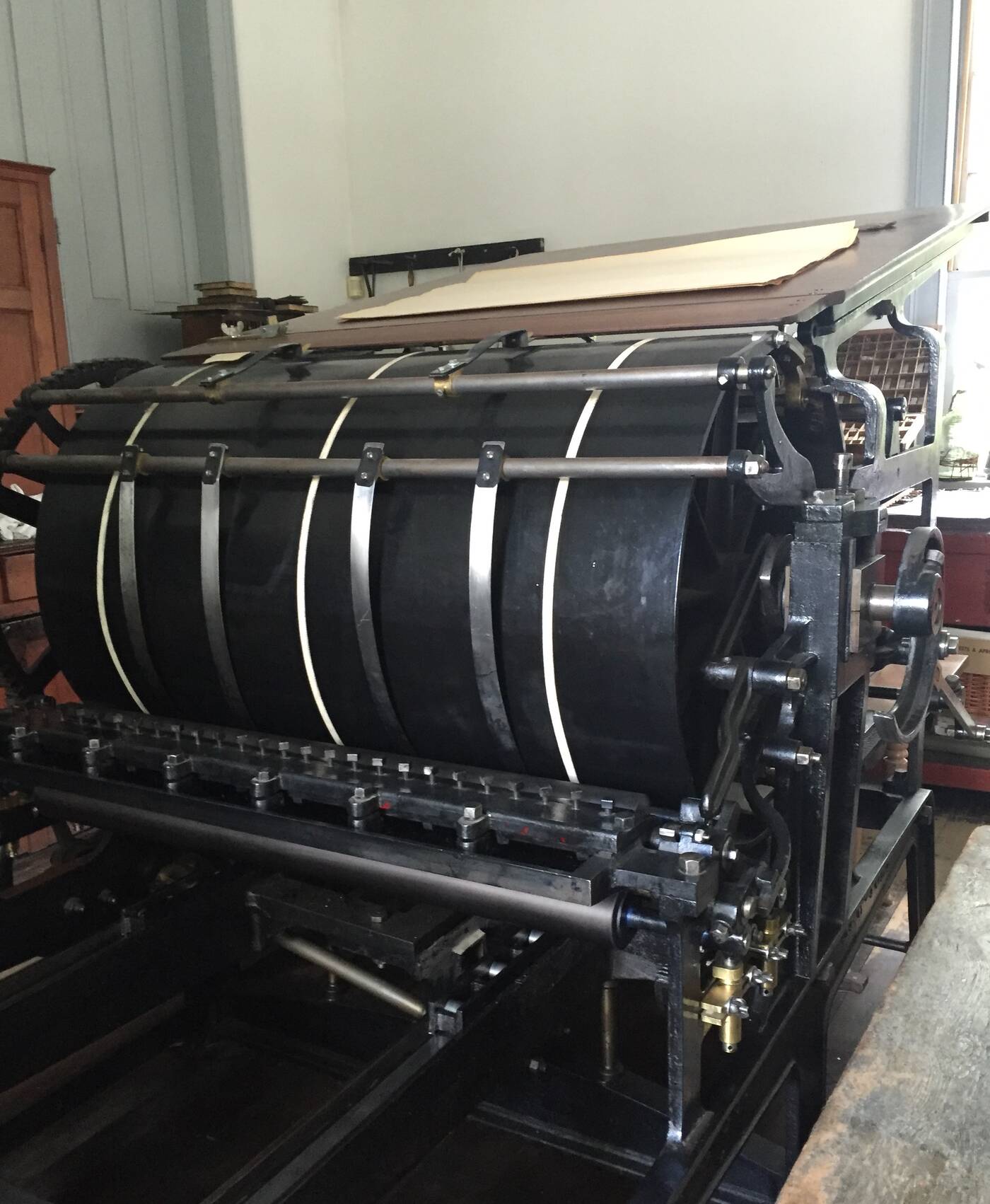 Later on in the 1800s, there were improvements made to the actual printing process. The first rotary press was patented in 1843 by Richard Hoe, and the technology soon caught on around the globe. Although still manually driven, the rotary could produce prints at a much faster rate. 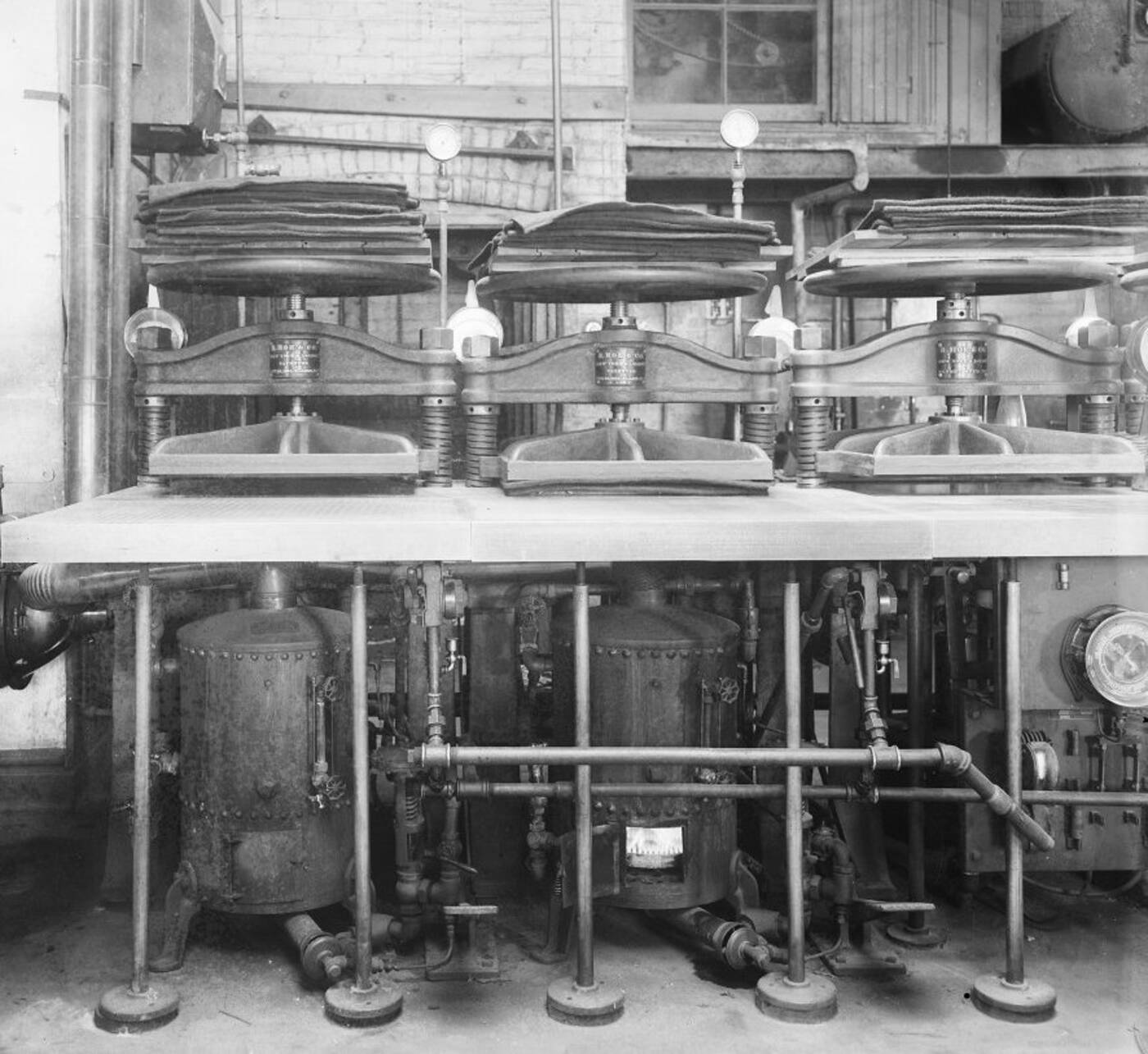 Gas-fired steam presses at one of the Toronto Star's printing rooms. Courtesy City of Toronto Archives.

Other technological improvements followed. Linotype machines and stereotypes allowed for newspapers to speedily print both words and illustrations.

The first photograph to be produced in a Canadian paper was an engraving of Wilfrid Laurier in an 1891 edition of The Globe, although printing photos was still a costly venture.

In spite of technological improvements, printing was still a dangerous job, and accidents were not uncommon: it could be quite easy to get one’s finger or hand caught in the working press. 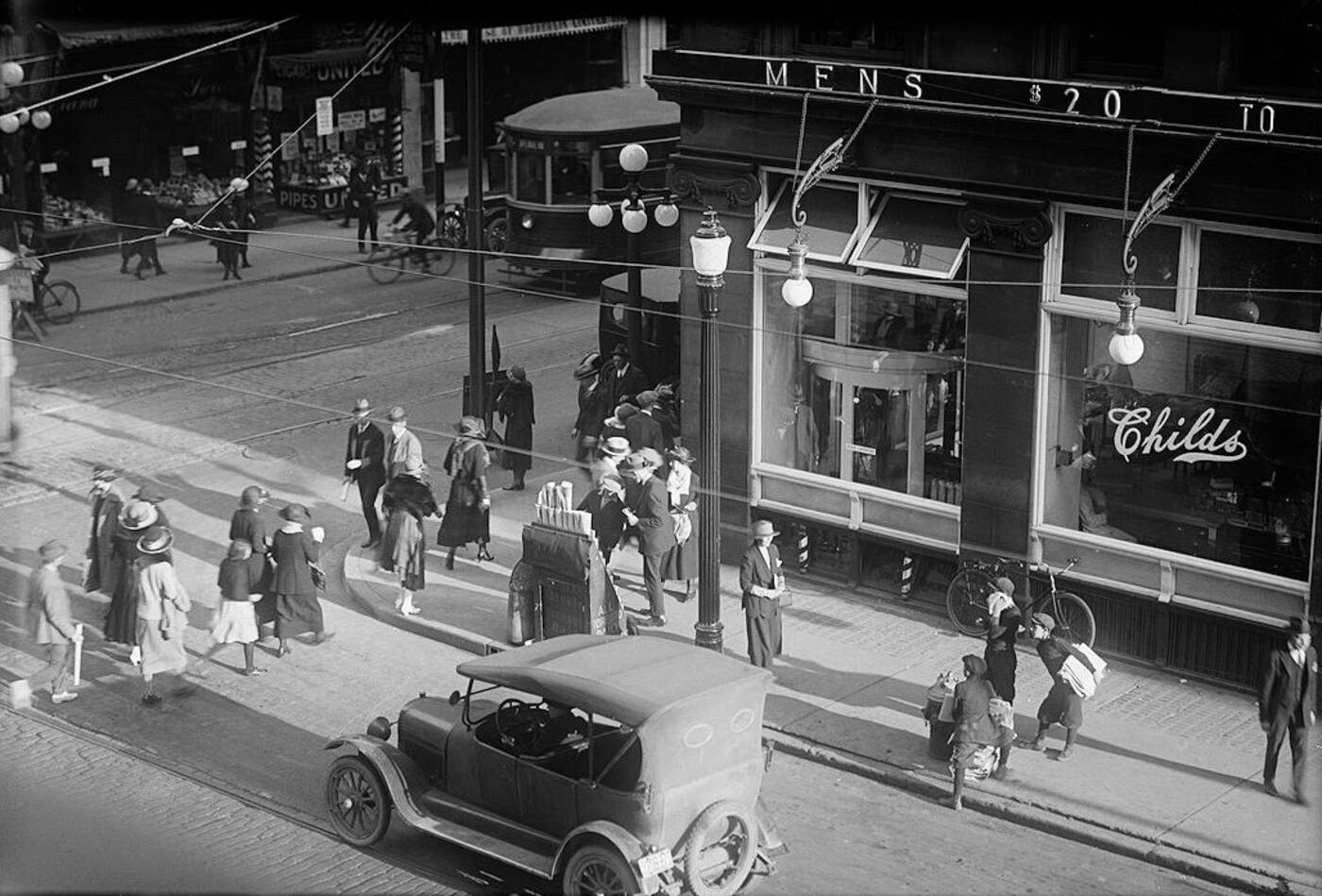 A trio of newsboys (lower right) stand with their bundles of papers in this 1922 photograph at Yonge and Richmond. Courtesy City of Toronto Archives.

As demand for circulation and distribution increased, many newspapers looked to various printing innovations and new communication technologies to bolster their growing demand.

This recounting is only a small snapshot of the politically divisive and technologically driven world of news media. For folks who wish to learn more, check out the Howard Iron Work’s virtual museum on the history of the printing press.