The neighbourhood of East York has changed its shape and character over the 150 years of its existence.

Tucked away in the small Don Mills United Church cemetery on the north-west corner of Pape and O’Connor lie the graves of some of the borough's long departed personalities.

What did East York look like in centuries past?

Elizabeth Simcoe, wife of former Governor John Graves Simcoe, captured the beauty of the Don River in her many paintings and descriptive passages in her diary, in the late eighteenth century.

Governor Simcoe thought that the Don would bring wealth to the town of York, and in 1793 commissioned a parcel of land to Aaron and Isaiah Skinner to develop a sawmill. 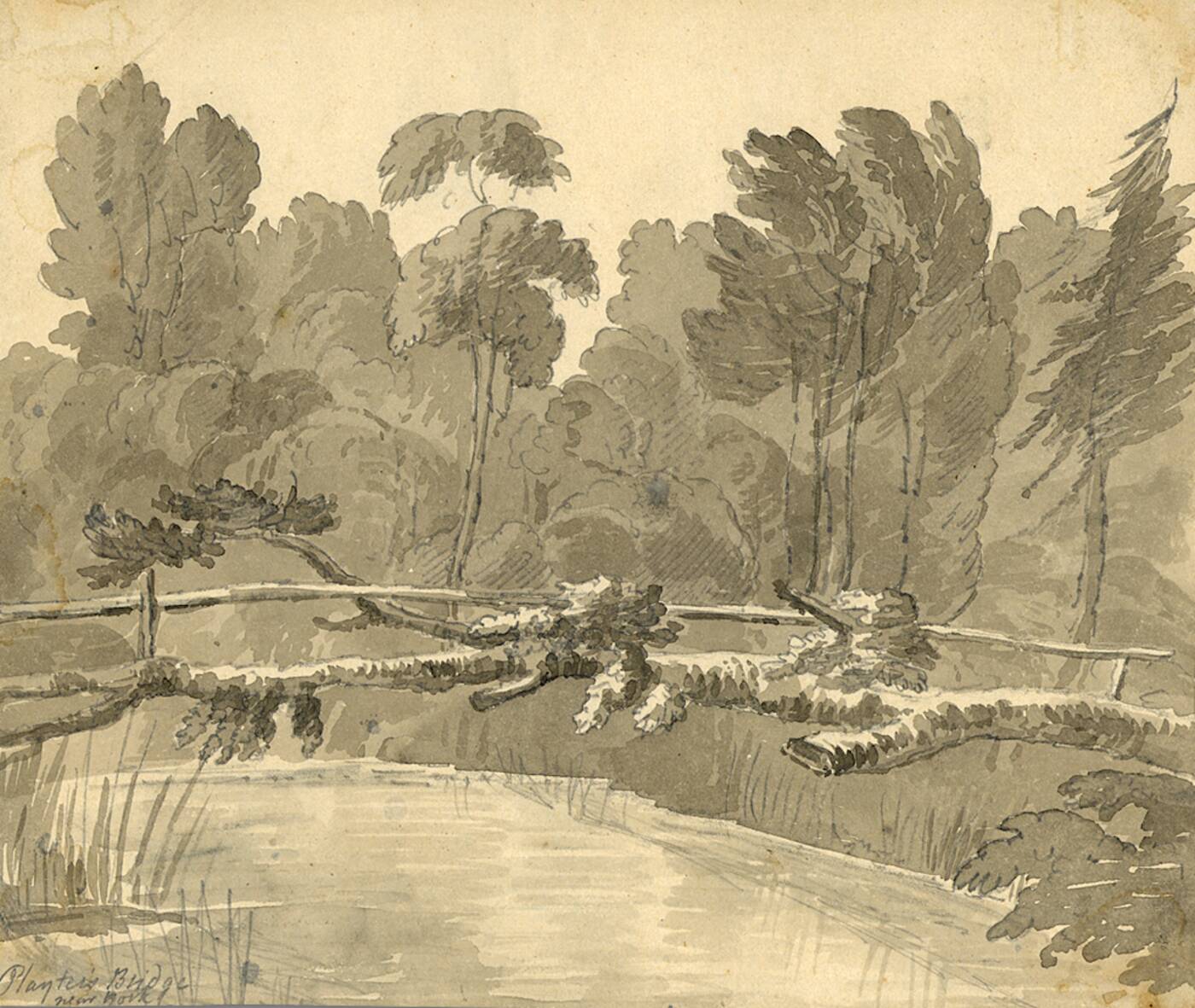 Elizabeth Simcoe's watercolour of a tree that was used as a bridge over the Don River in 1796. Courtesy Archives of Ontario.

By the 19th century industrialists of all stripes were keen to exploit the raw natural power of the Don River. The Don soon was dotted with paper mills, grist mills, sawmills, breweries and abattoirs.

The Helliwells were a family that came over from the village of Todmorden in England. Thomas Helliwell purchased land from Colin Skinner in the 1820s, quickly establishing a brewery and distillery.

The sprawling brewery complex served the soldiers at Fort York. Although it was partially destroyed in a fire (as was typical for many businesses of the period), the shell of one part of the brewery still remains in the Don Valley today. 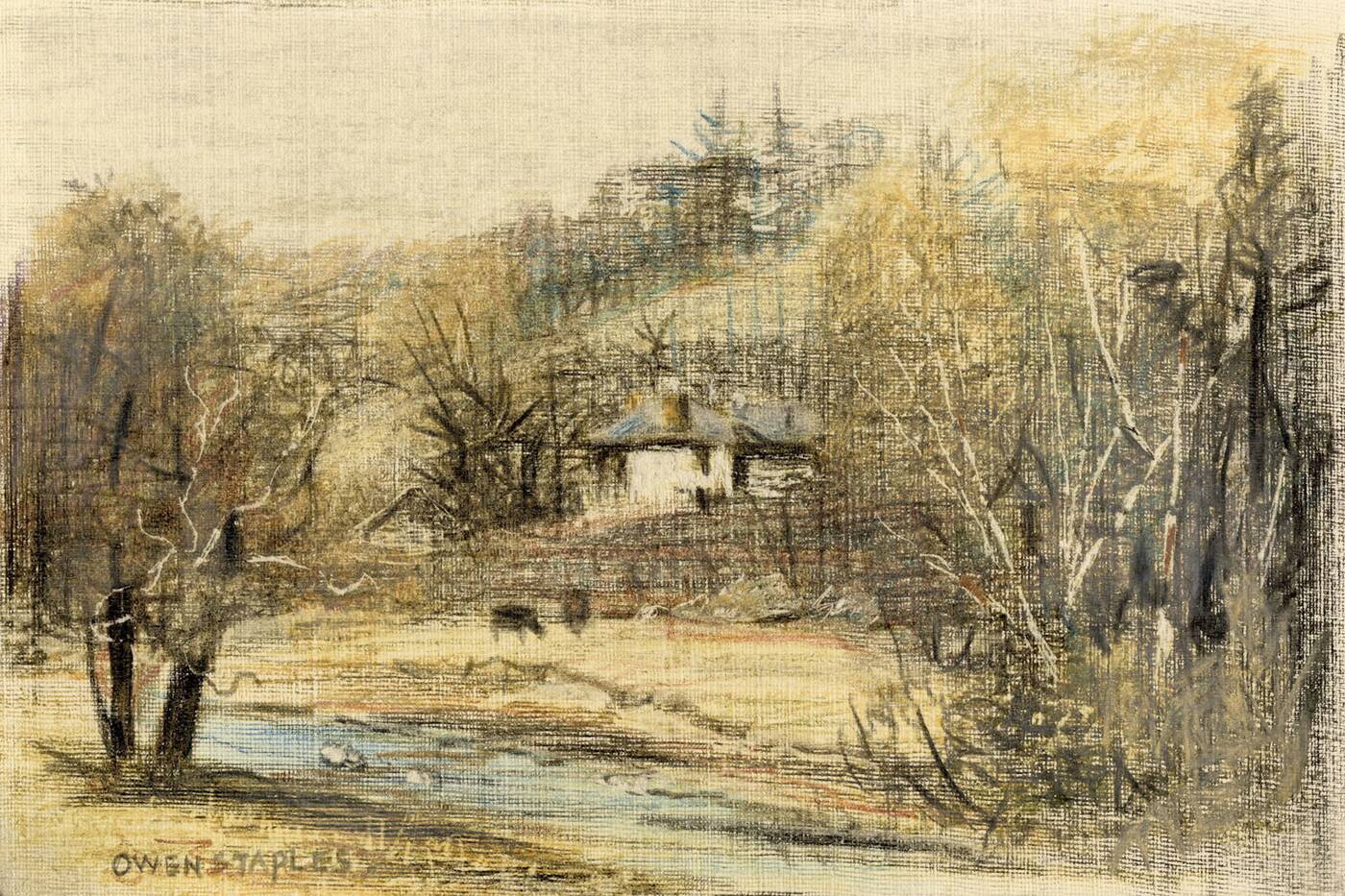 A view of the Helliwell property by artist Owen Staples in the 1900s. Courtesy Toronto Public Library.

Thomas Helliwell's life was cut short in 1823. His widow, Sarah Helliwell, took control of the brewery as a brewster. Beer-making was a common profession for working-class women of the era; her son William wrote glowingly of her business acumen in his diary.

Later on, Sarah's sons William, Joseph and Thomas would take over the brewery operations when William came of age.

The beer the Helliwells produced would have been strong and heady, crafted from bushels of barley and wheat. Recently, William Helliwell's original recipe was replicated at Muddy York Brewing Co. 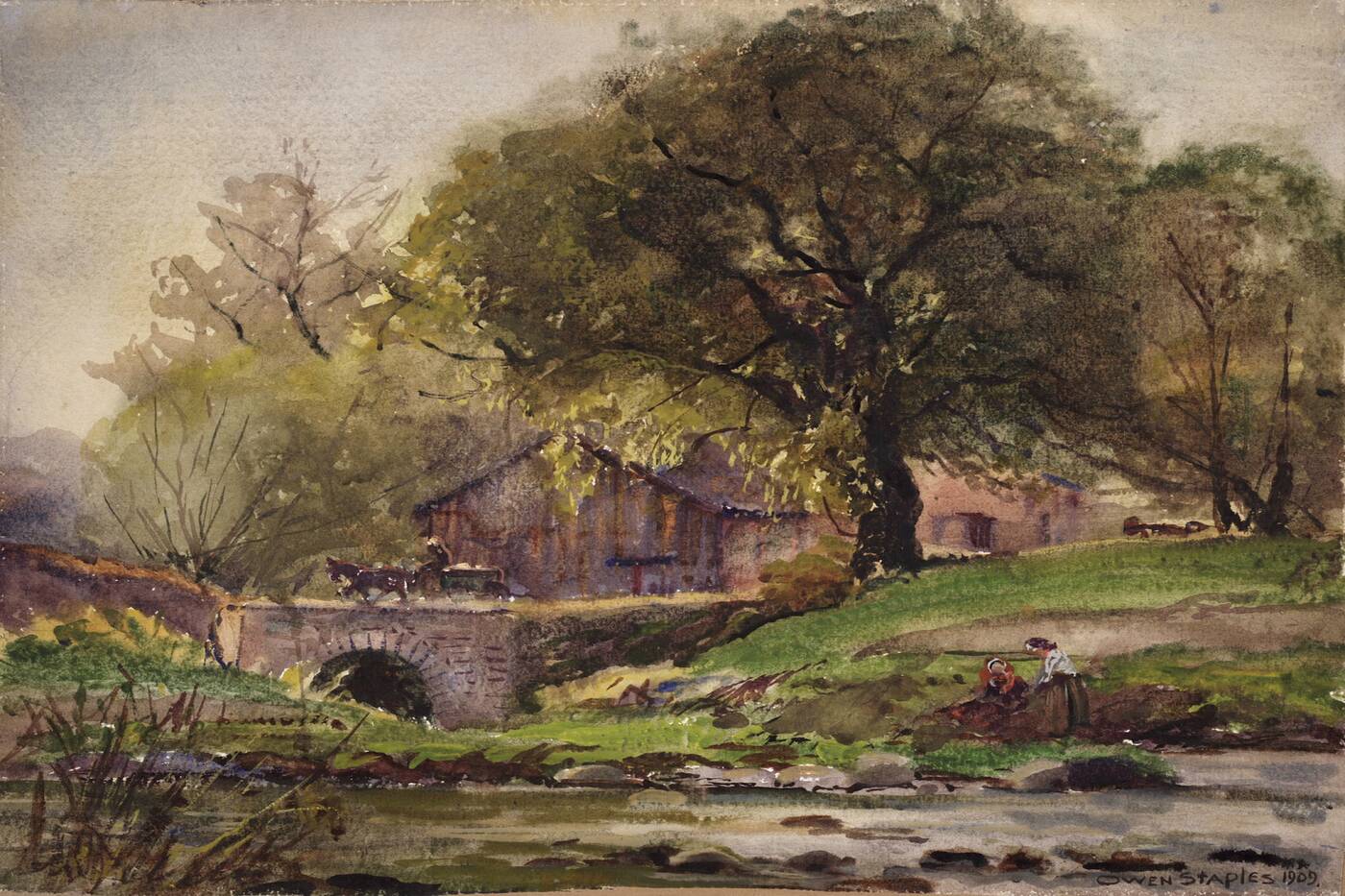 John Eastwood, another prominent resident of Old East York, was a miller who had something of a rivalry with the Helliwells.

The territorial William Helliwell and John Eastwood would often move the fence on each other's adjacent properties. This sparring most likely subsided when William's sister, Elizabeth, married into the Eastwood family.

The Eastwood mansion, a large house with a ballroom, was located on the site of present-day Fantasy Farm.

The Taylor family, hailing from Staffordshire, England, were of the same generation as the younger Helliwells and Eastwoods. The Taylors were wealthy industrialists, owning more than 4,000 acres of prosperous farm and industrial land. 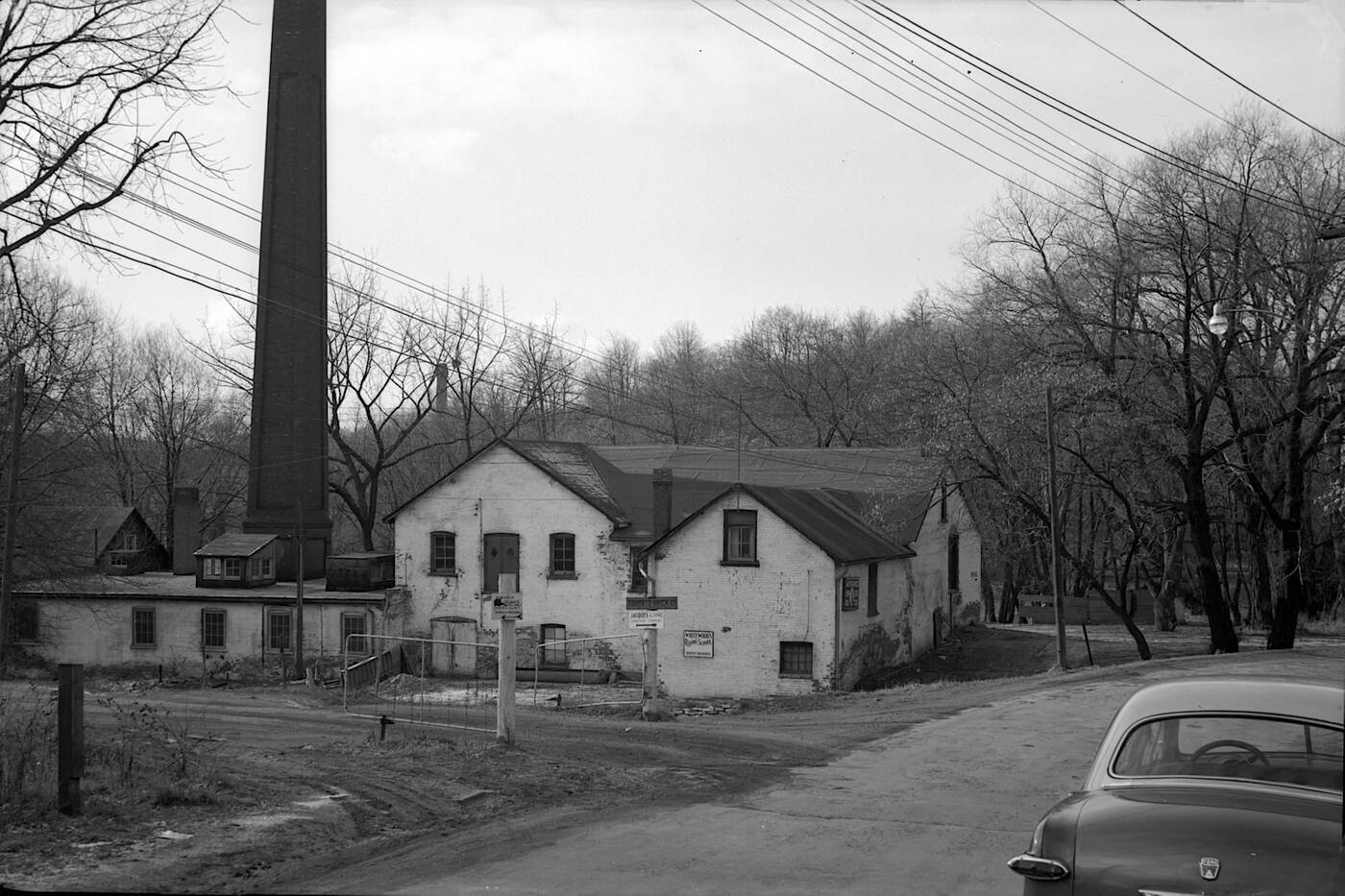 The Taylors eventually purchased the Helliwell land after the brewery fire, taking over ownership of the paper mill and opening up the historic brickworks.

By 1855, the Taylors would own all of the Helliwell land. They operated three paper mills on the Don, producing the first machine-made paper in Upper Canada.

Mansions for these wealthy families lined Broadview Avenue, while the workers they hired lived in small cottages and dwellings in the valley itself.

The Don Valley was connected by an oftentimes muddy, unforgiving roadway.

The Todmorden Hotel built in 1892 served locals and provided a respite for travellers — you could get your horse shod with fresh shoes while having a pint of beer.

The hotel was torn down in the mid-1900s, making way for the landmark Whistler's (which subsequently closed its doors in 2017). 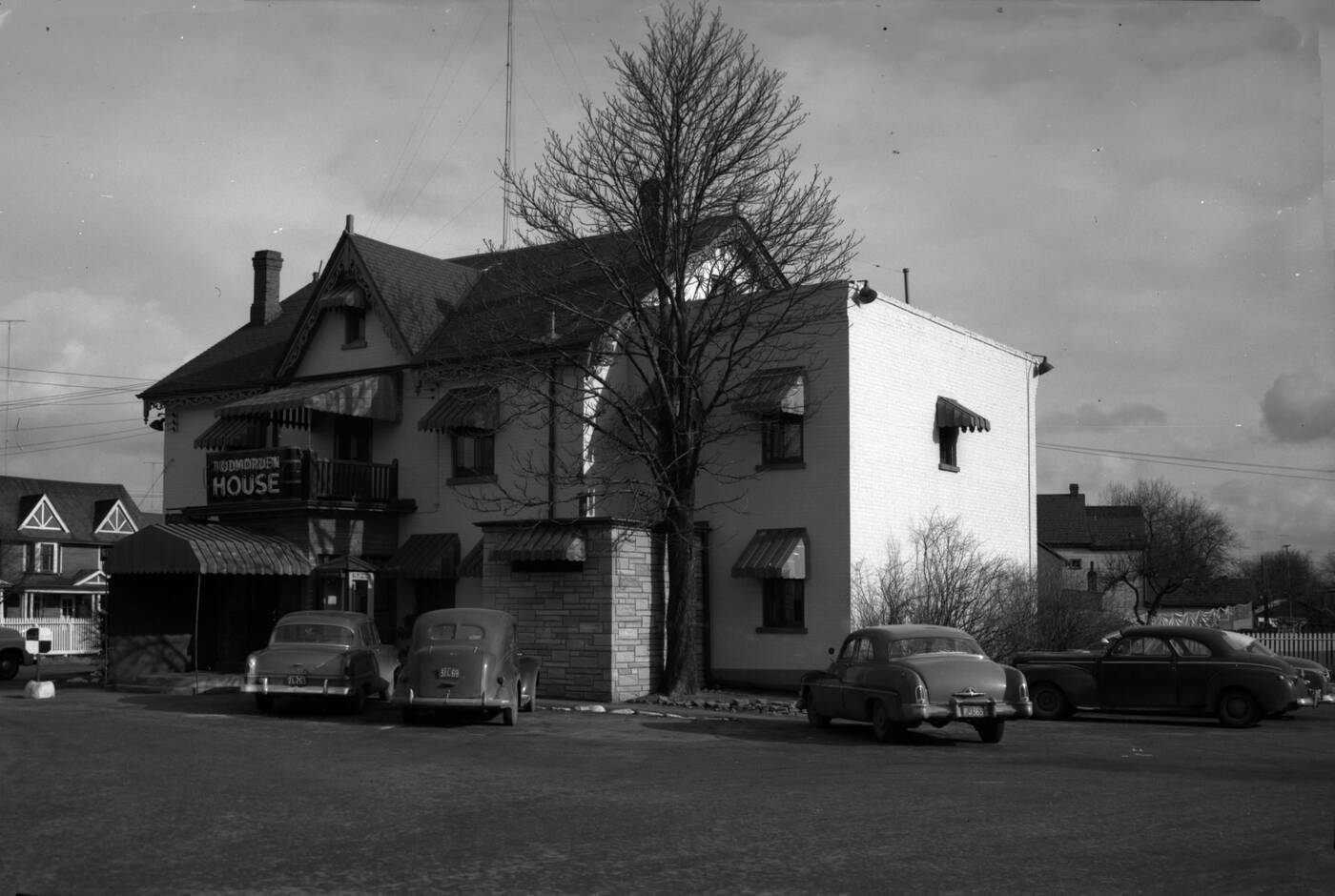 The Todmorden Hotel in the 1950s. Courtesy Toronto Public Library.

The view from Pottery Road changed as well. The Prince Edward Viaduct was built in October 1918, changing much of the city's landscape, bridging the gap between Bloor Street and the Don Valley, allowing for greater expansion of the city's east side.

This would begin an age of rapid development in East York. 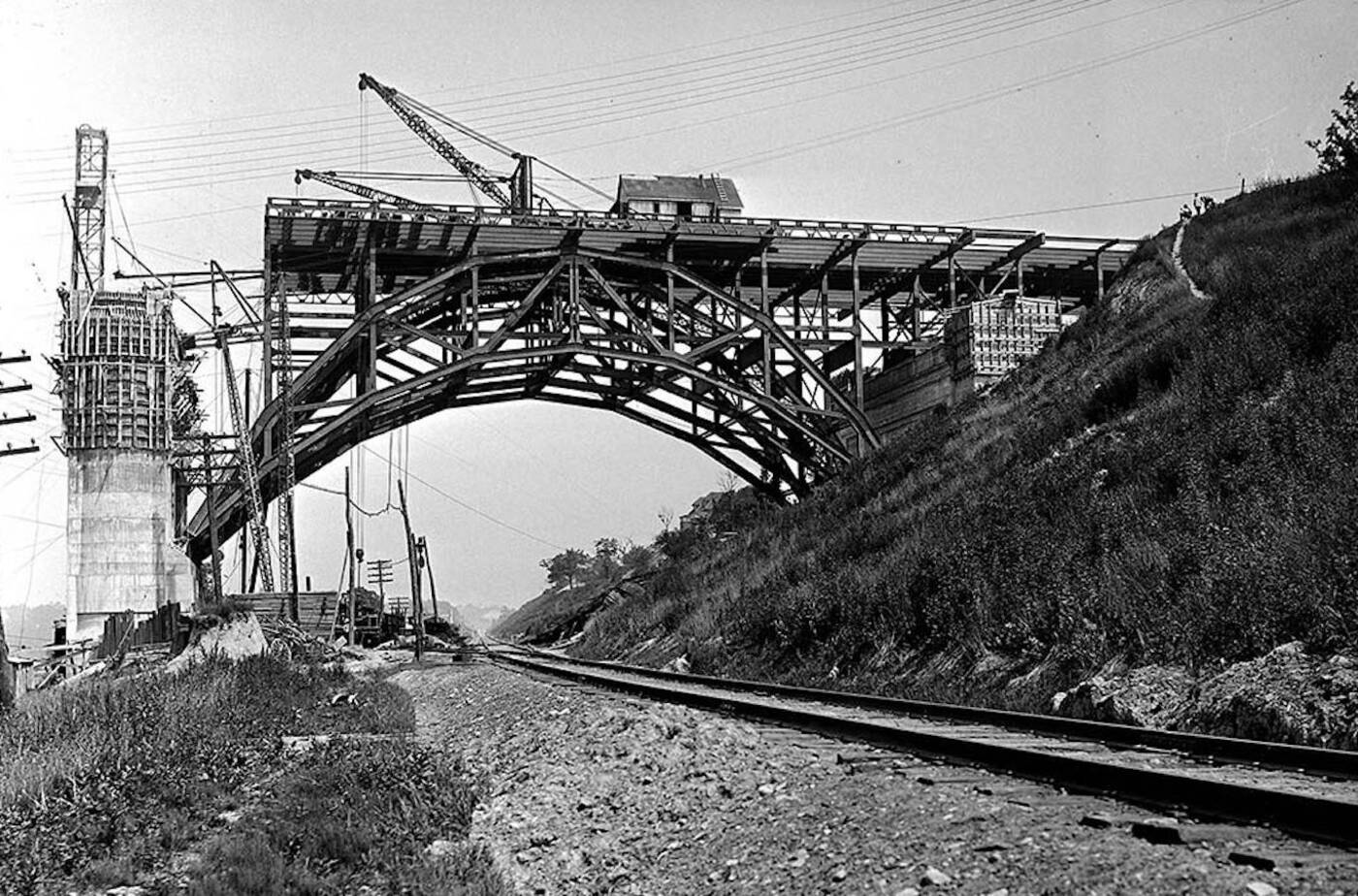 Construction of the Prince Edward Viaduct in 1917. Courtesy City of Toronto Archives.

Visitors to the Don Mills United Church will find that the cemetery is not accessible but still visible. It's sometimes the hidden pockets of the past, tucked away in unassuming places, that provide us with the most insight into the history of our city. 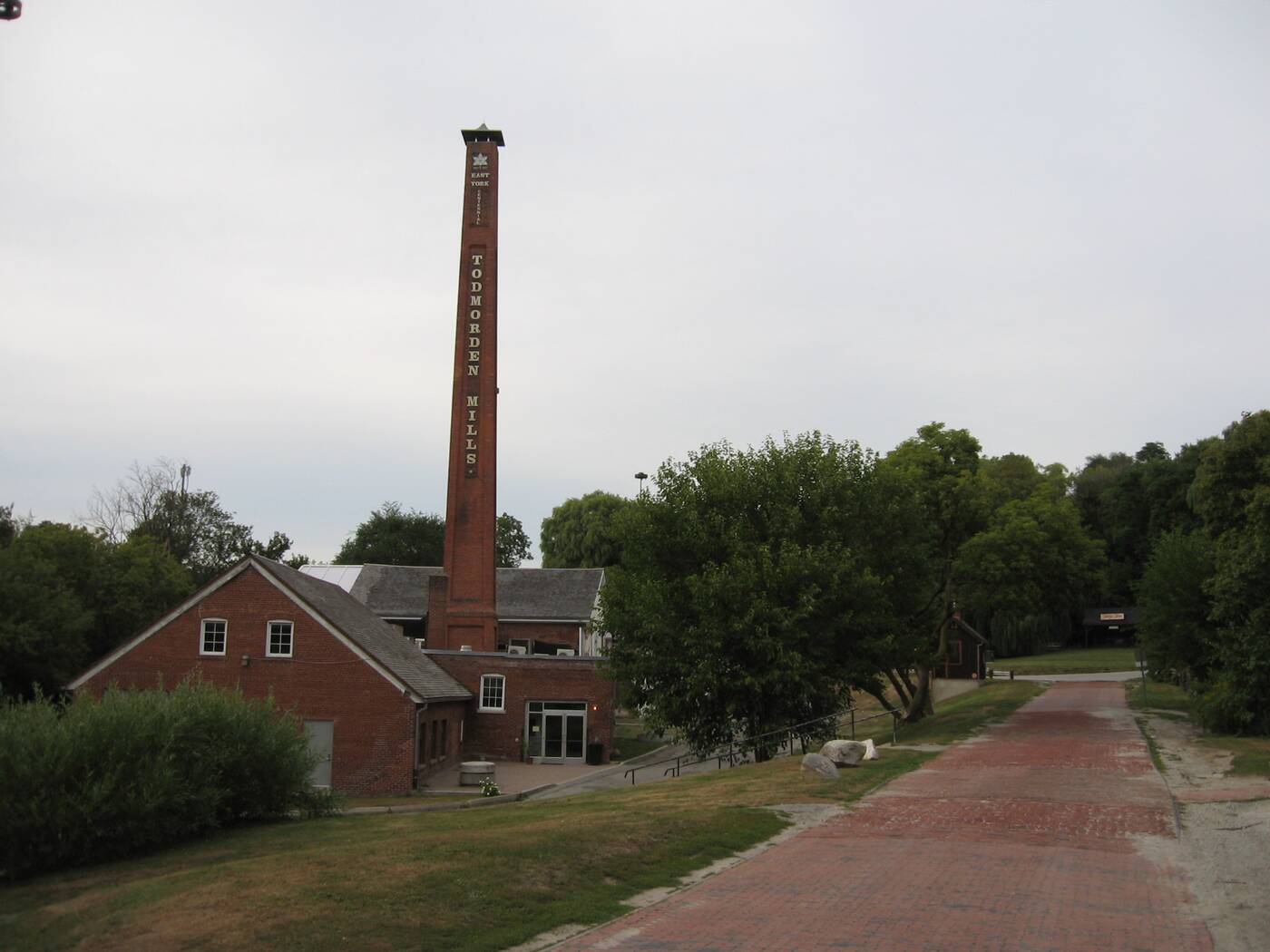 Some of the original structures of the Don Valley businesses are now part of Todmorden Mills Heritage Site.