A woman using a number of profiles to request financial help on at least six different Toronto community Facebook groups is raising concerns for residents.

In each instance, the woman posts a story about not having enough money for food for herself and her children, according to the Bloor West High Park Junction community Facebook group.

"Hello all. This is a very difficult for me to post as I have (a) hard time asking for help," reads a post in the How can I help COVID 19 Toronto group.

She goes on to say she only has $20 and needs help with food and laundry. She blames the pandemic for losing her job and not being able to pay her bills — a very real circumstance many people find themselves in. 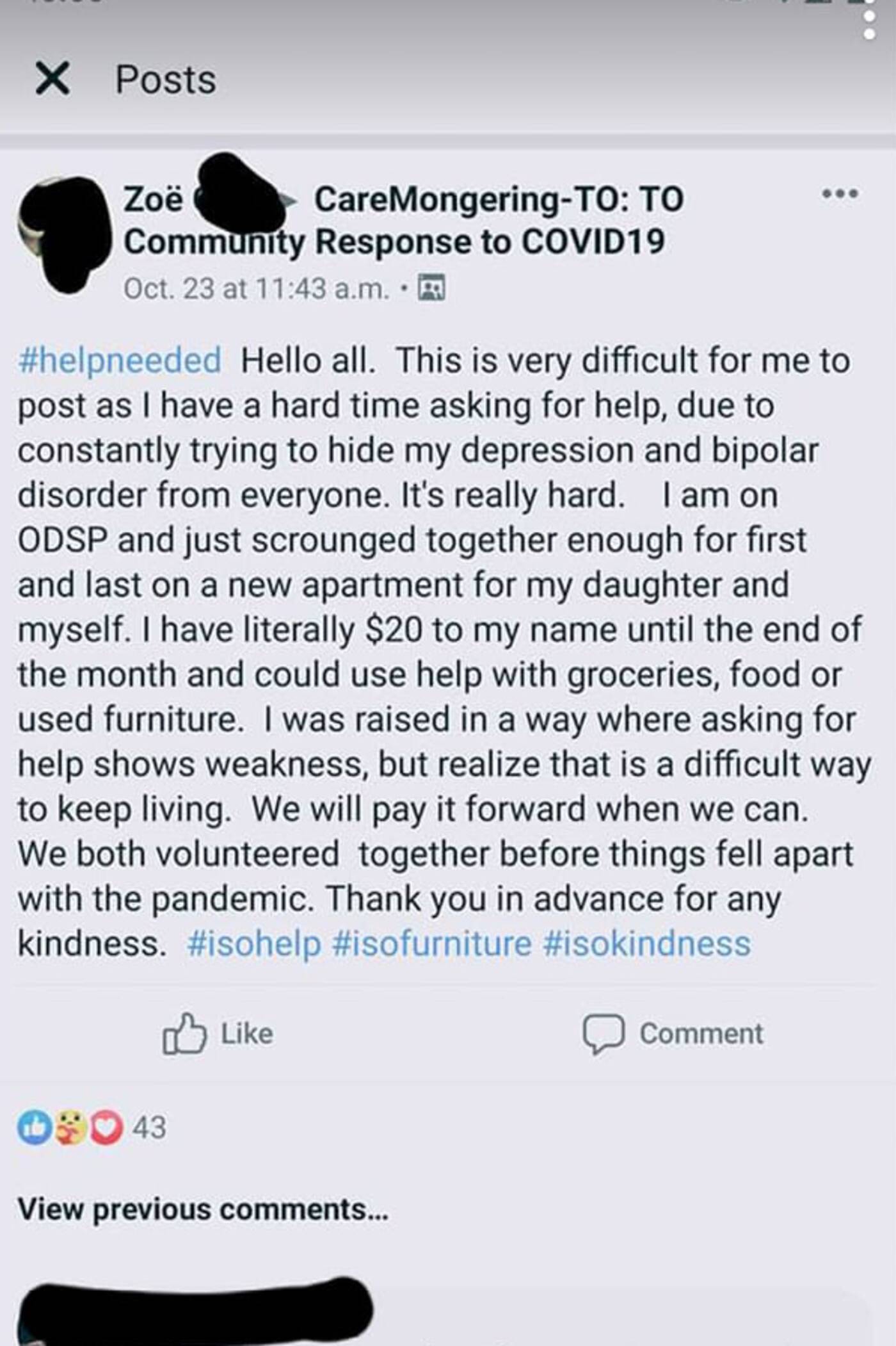 The same story has been posted by a different Facebook user in multiple different groups.

When blogTO reached out to one of the Facebook profiles that appeared to belong to the woman, the user declined to comment.

"She posts in nearly every group in Toronto, all over the city under different names," one person wrote. "She's been doing it for months and months. By the sound of comments on posts when she gets called out a LOT of people have sent her a lot of money."

"I do feel a bit foolish right now"

Many people say they have sent the woman funds or offered to help.

"I usually not replying to this kind of posts however hers reach out touched me... I do feel a bit foolish right now for transferring money to her," one person wrote.

Some people say they helped her out only to have her reach out for more.

"I have a full correspondence with this woman begging me to buy her work boots after sending her a gift card to a grocery store we don’t shop at," one resident wrote.

Another person thought something was off, but sent a gift card anyway.

"I sent her a grocery gift card in her other alias ... Through our interactions my spidey sense went up but then I just felt too badly and still sent it. It's such a shame."

It appears the woman has also made her way onto several community groups.

"Yes I’ve seen her posts in at least 6 different groups and my friends have as well - east end groups, west end groups, etc.," another person said. 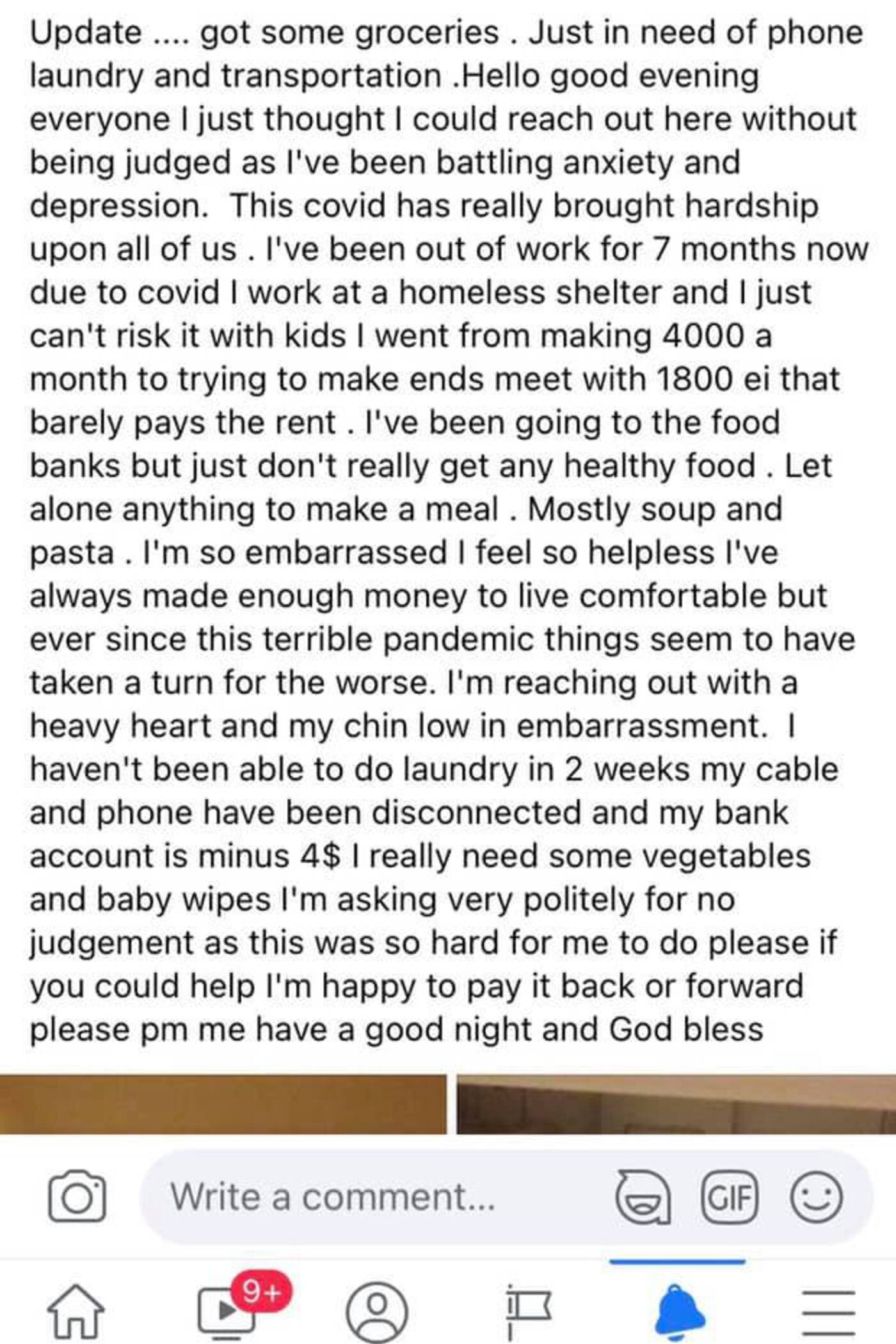 A warning was also posted on The Danforth Community Group.

"If anyone is planning to transfer funds to the person who posted this, my advice is not to do this. I’ve had information from an admin for another group that there is a police investigation related to a Facebook group scam by this person," reads the post.

Toronto Police Service confirmed to blogTO that there is an ongoing investigation into a possible scam on social media.

"The Toronto Police Service are looking into information relating to a potential fraud, at this time there is nothing to offer in terms of arrest or charges," a Toronto Police spokesperson told blogTO.

Police ask anyone with information to contact investigators at 55 Division.

For people wanting to help those in need, it's a good idea to donate to a registered charity or food bank.