The history of City Dairy in Toronto

Dentonia Park in Scarborough was once home to a sprawling 240 acre model farm and country estate owned by the prominent Massey family in Toronto. 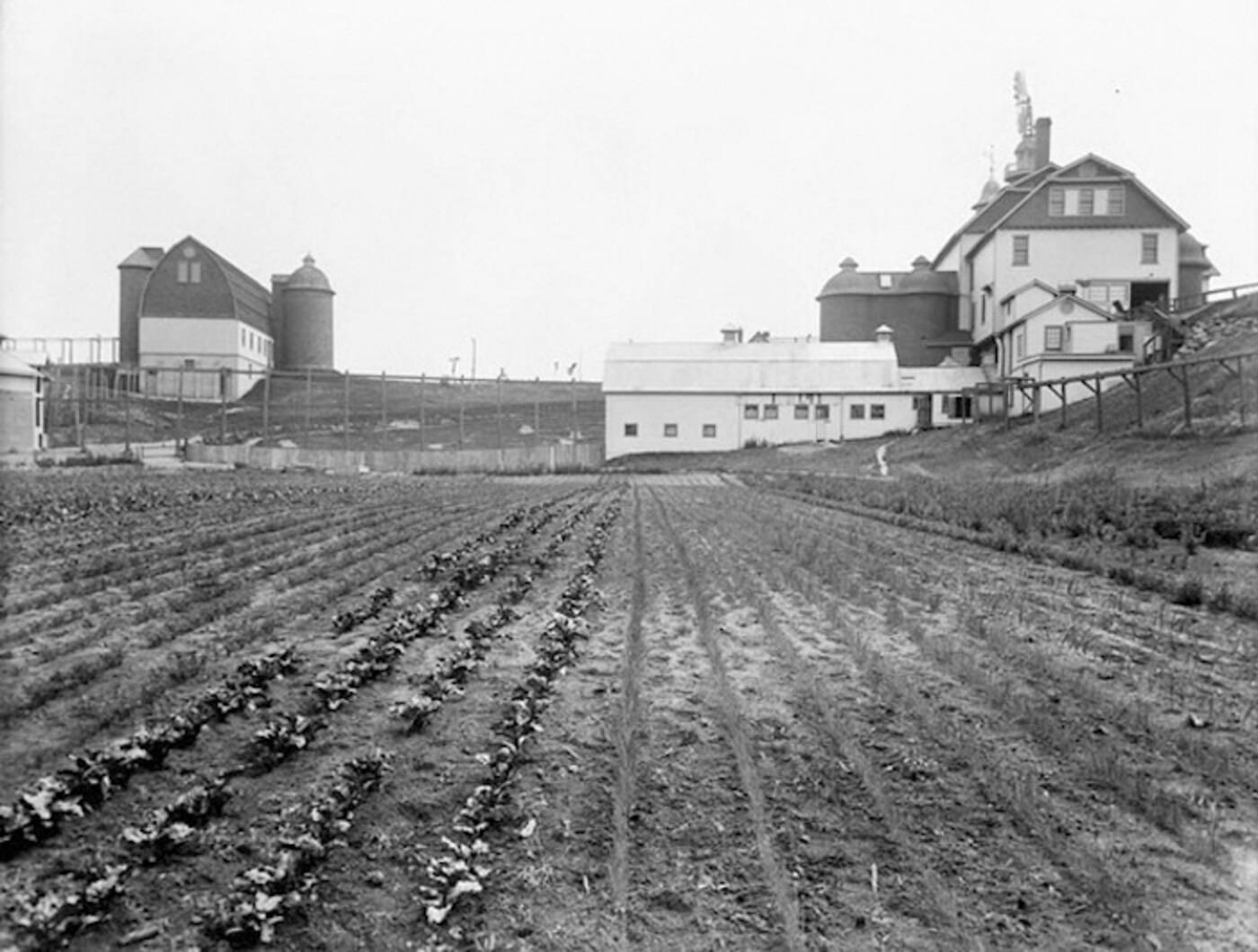 The Masseys were quintessential wealthy industrialists, and the farm became the site of principal operations for the Massey's City Dairy Company, which served Toronto over its thirty-three-year lifespan.

The farm opened in 1897 when Walter Edward Massey had already amassed a herd of dairy cattle. The company was the first in Toronto to supply pasteurized milk and by 1915 they controlled about 40 per cent of Toronto's dairy industry. 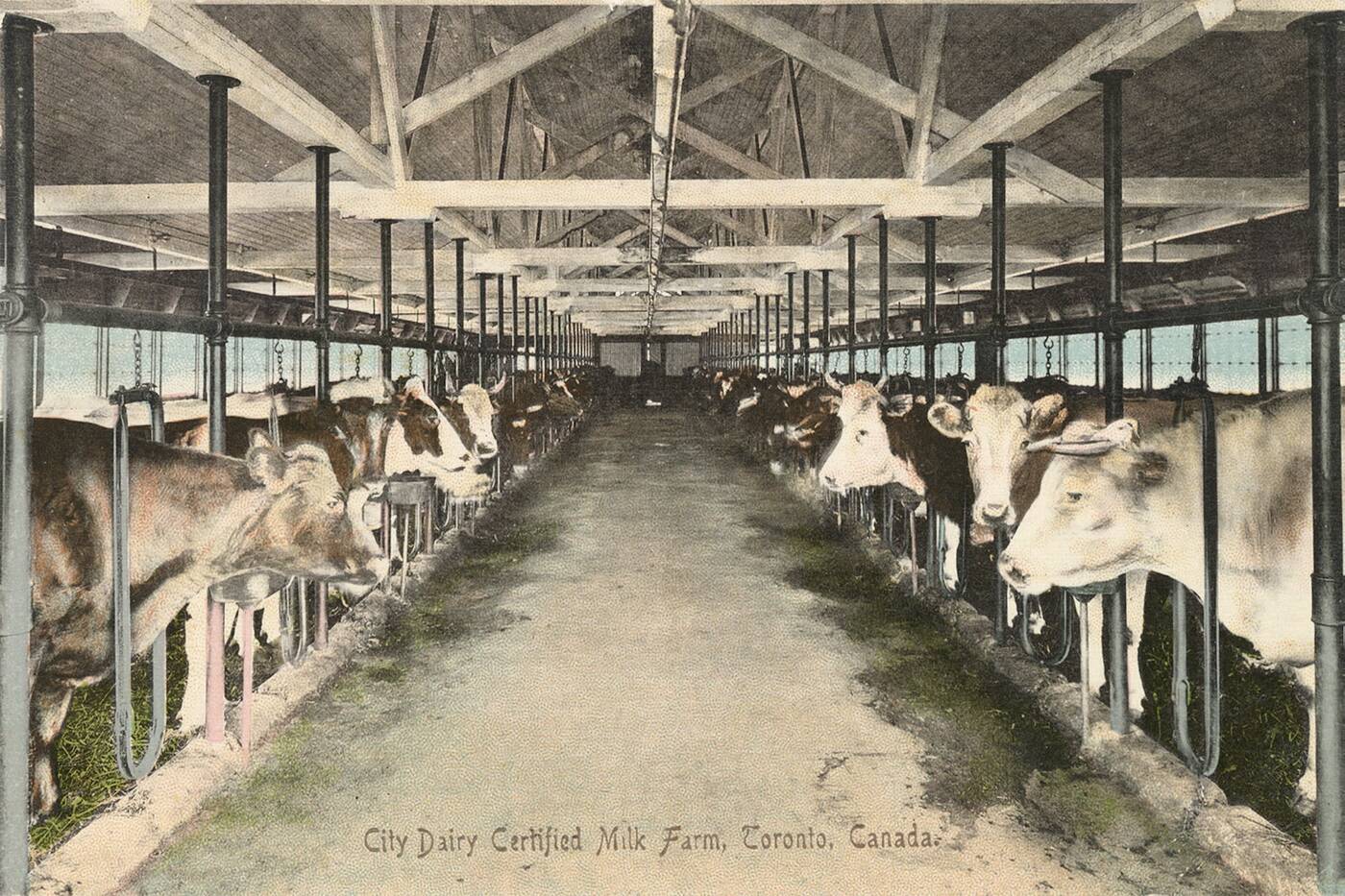 The operation was far from modest — the farm was the headquarters for a four-storey bank barn (accessible from two different levels). The second level had stables for a herd of Jersey cattle, and the other side was equipped with a laboratory for processing the milk.

An advertisement for City Dairy. Courtesy City of Toronto Archives. 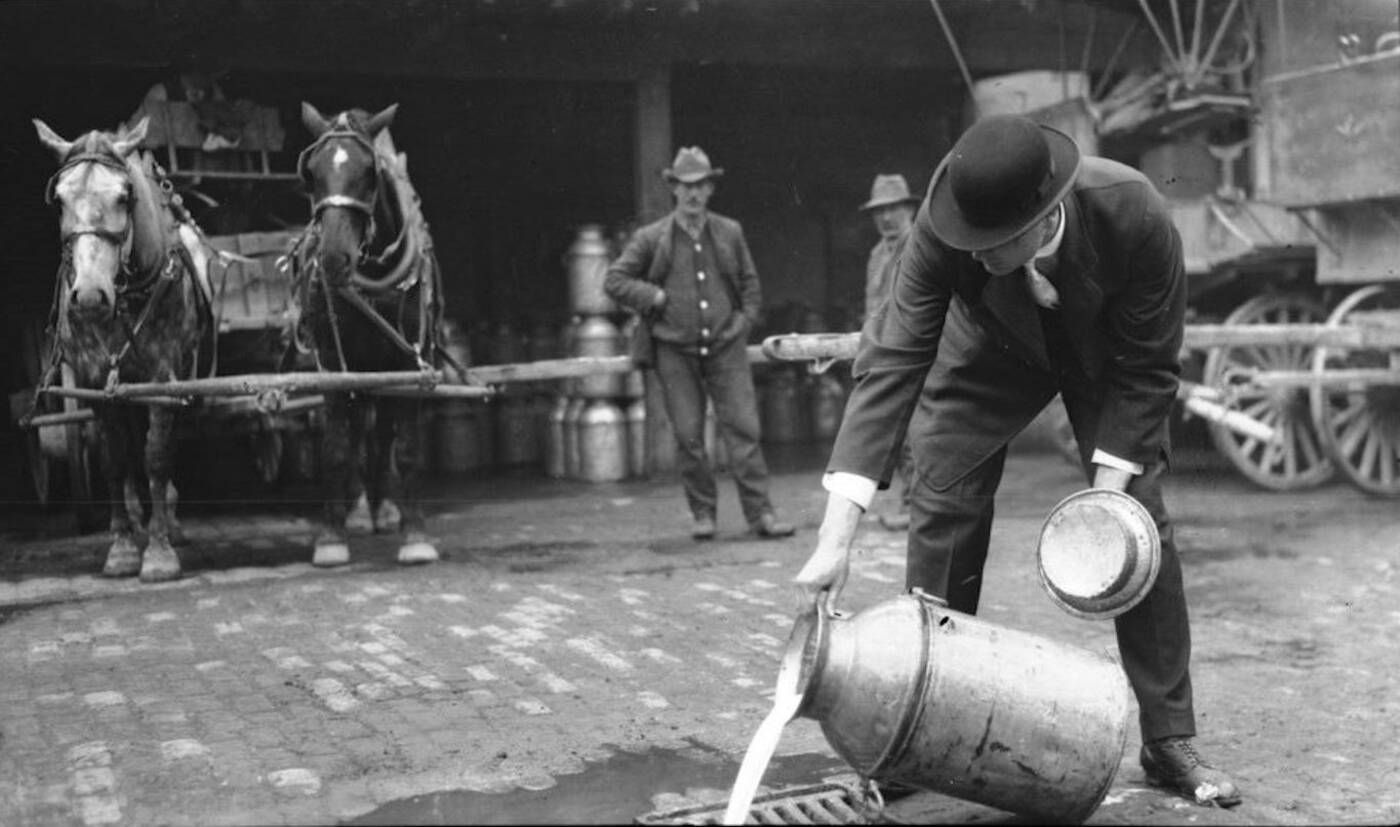 A milk inspector destroys contaminated milk outside of Union Station in 1913. Courtesy City of Toronto Archives.

Financial problems plagued the company in its infancy. The untimely death of Walter Massey from typhoid fever at the age of 37 sent the company into a tailspin, and Samuel Moore was appointed as president.

The complex was extensive, including a network of offices, a milk and creamery department, the ice cream department, shipping and receiving, with the horse stables for the milk wagons a separate four-story structure.

Like most prosperous industry operations, dairy processing at the City Dairy Company was eventually outsourced. Although dairy supply for City Dairy had primarily come from Dentonia Park Farm, by 1913 City Dairy gradually shifted operations to other parts of the province.

Woodstock and Embro were both home to City Dairy receiving facilities and cream separating stations. 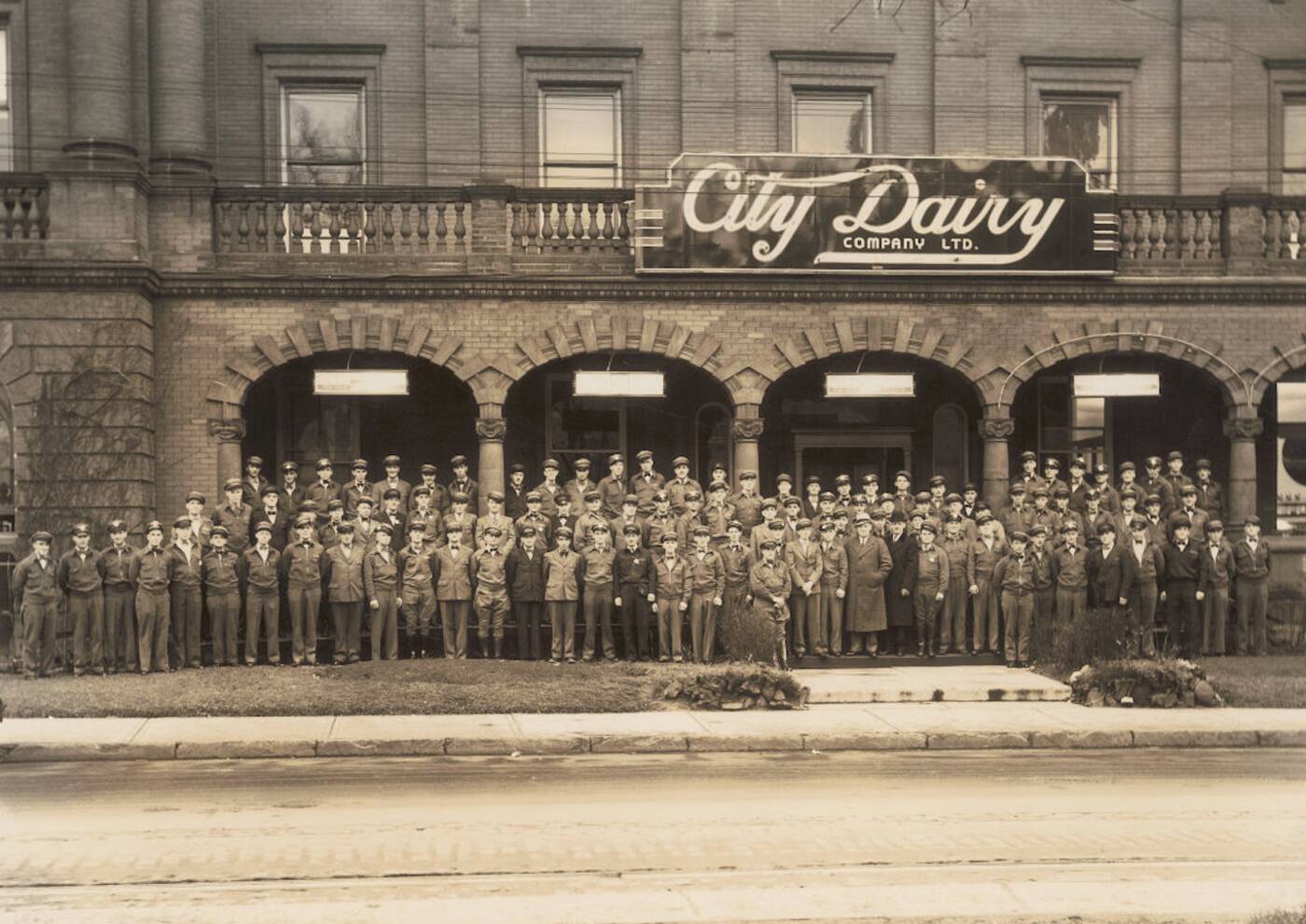 In 1920, City Dairy even started its own subsidiary company specifically for the manufacture of milk powder, named the Drimilk Company. It had sales locations in Toronto and Winnipeg, and plants in Princeton, Straffordville, Simcoe, and Listowel.

When other Canadian dairies began to be bought up by American companies, similar fears abounded for the fate of City Dairy.

There was a public outcry among dairy farmers in Canada, but in 1930, the City Dairy Company Limited sold a majority of the company's assets to the American Borden Company.

Borden continued operations at the original facility on Spadina Avenue, renaming them the Borden Buildings. 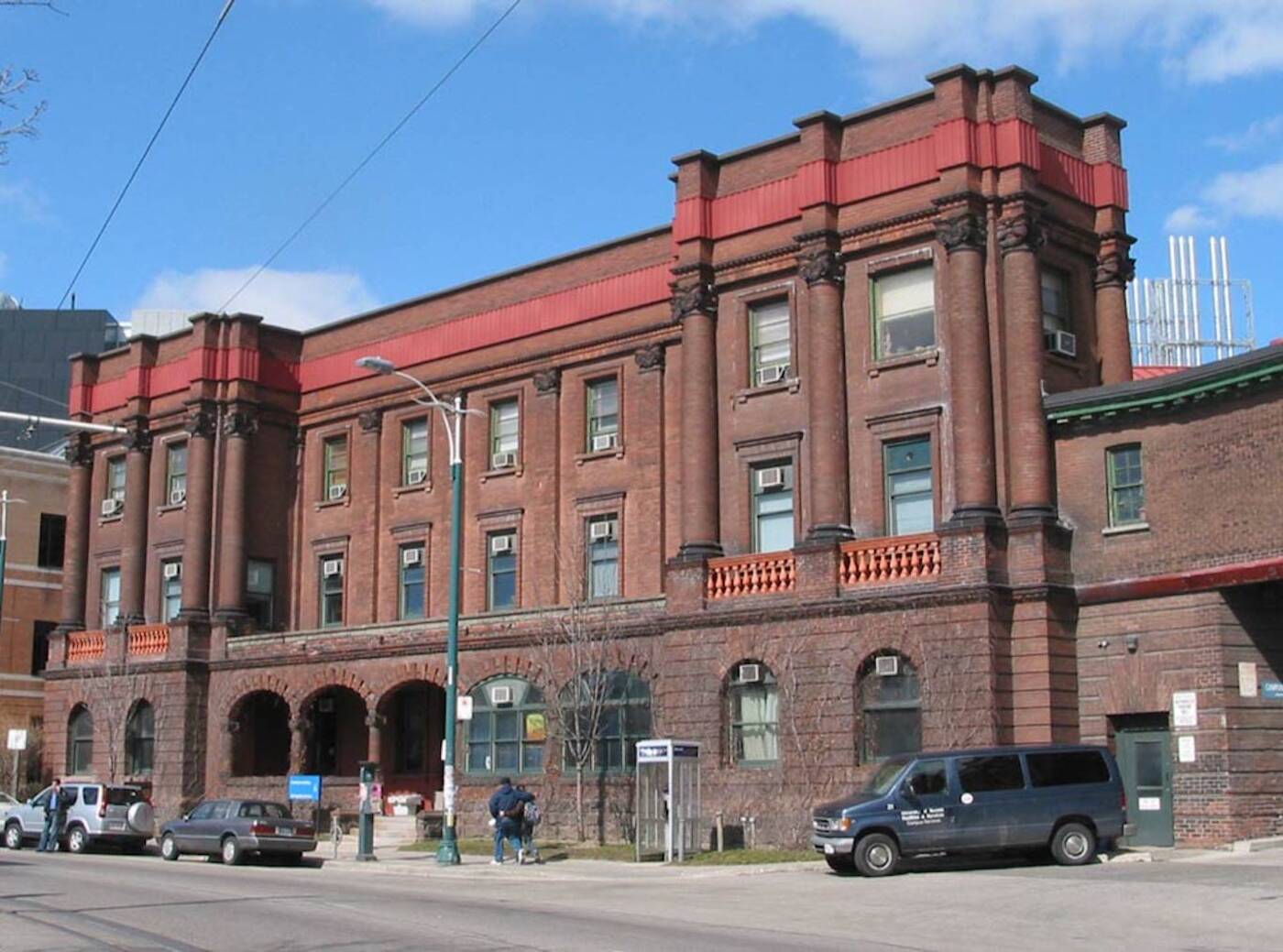 The Borden Buildings are now part of the University of Toronto's academic sprawl. Susan Massey donated much of her husband's land in 1926, turning the property into a public park and the only city-run golf course.

City Dairy's milk and ice cream wagons were once a fixture on Toronto’s bustling streets. A milk bottle from the City Dairy operations sells for almost $80 on eBay.

The history of Dentonia Park harkens back to an earlier time when the dairy industry was extending its reach, bearing some similarities to the multi-billion dollar industry we now know today.

Courtesy City of Toronto Archives.  A City Dairy driver with a wagon, circa 1900.