The Charles Sauriol Conservation Area encompasses a large part of the East Don Trail, in which natural wonders and urban ones (like the rainbow tunnel) abound.

But one of the most fascinating areas in this part of the Don Valley — named after the conservationist and co-founder of the East Don River Conservation Association in 1946 — might be its underpass below the CN bridge. 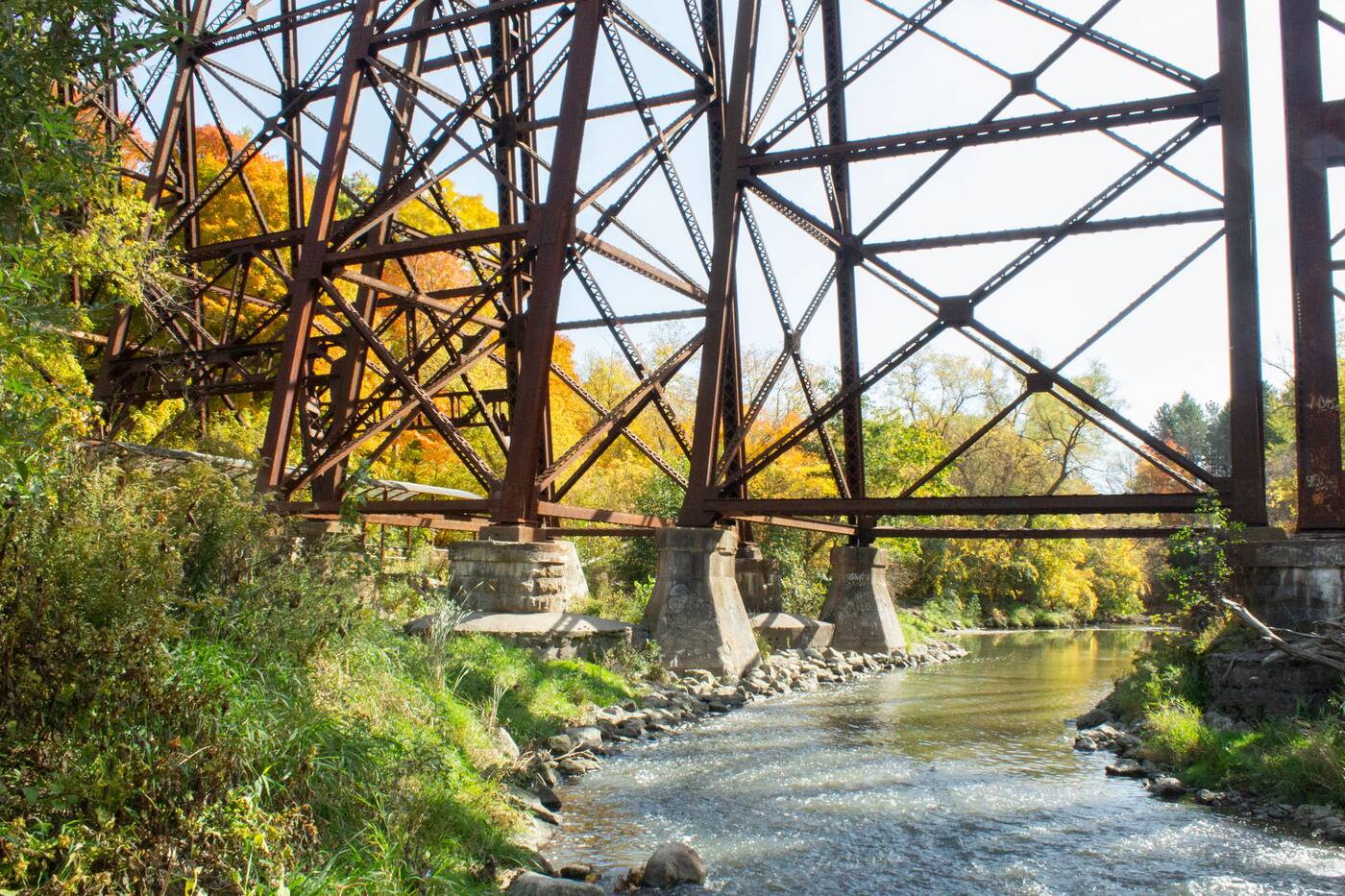 It's hard to miss the CN bridge: spanning approximately 25 metres high, it towers above the Don River, which runs underway.

Directly below it is the quaint East Don Trail Pedestrian Underpass, one of several built sometime after 2009 by the City of Toronto, in collaboration with the Toronto and Region Conservation Authority. 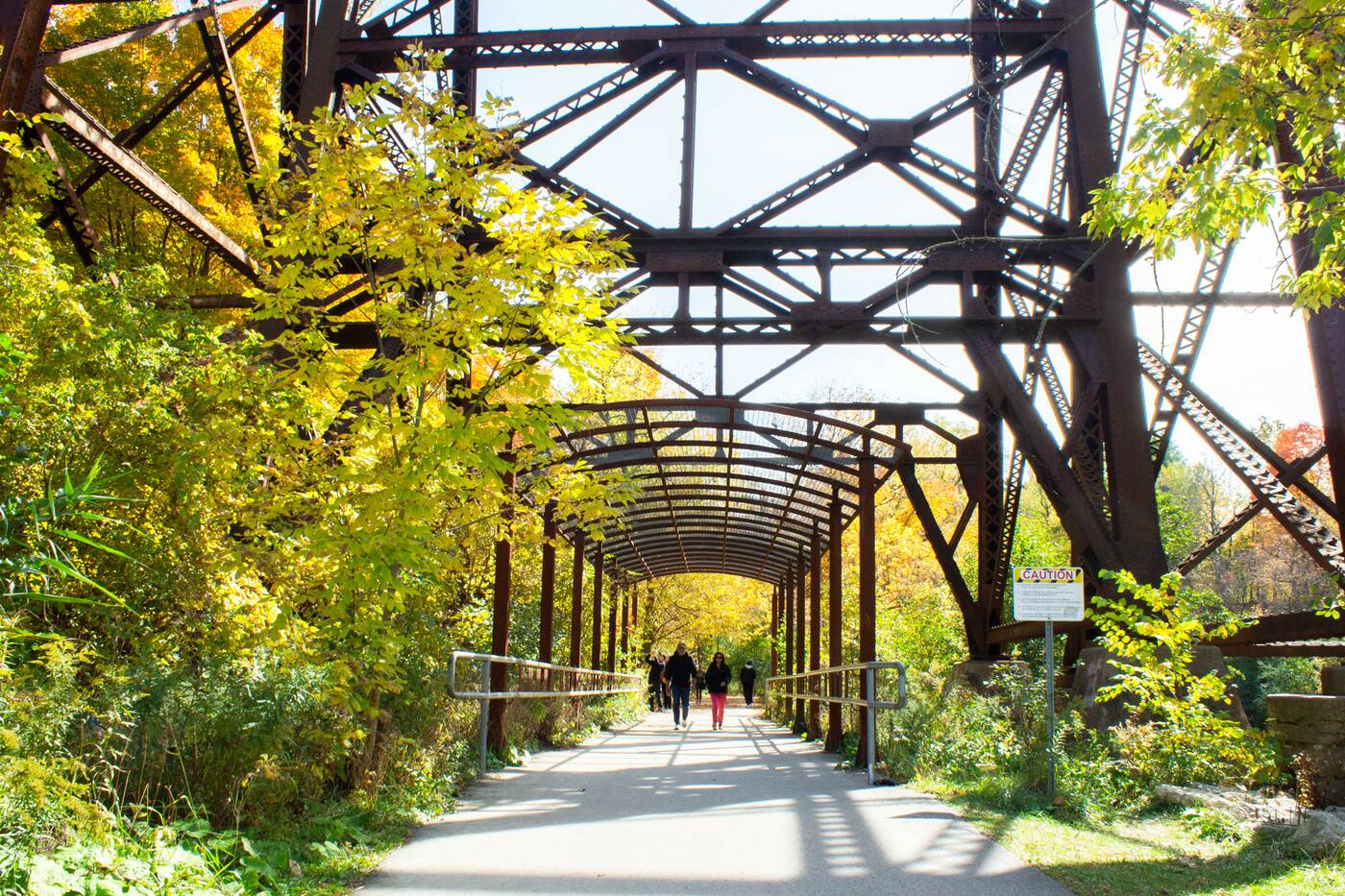 It's a major highlight of walking through the Charles Sauriol Conservation Area.

It features designs by sculpture and installation artist Robert Sprachman, the same artist who created the stallions on the Kay Gardner Beltline Bridge over Yonge Street. 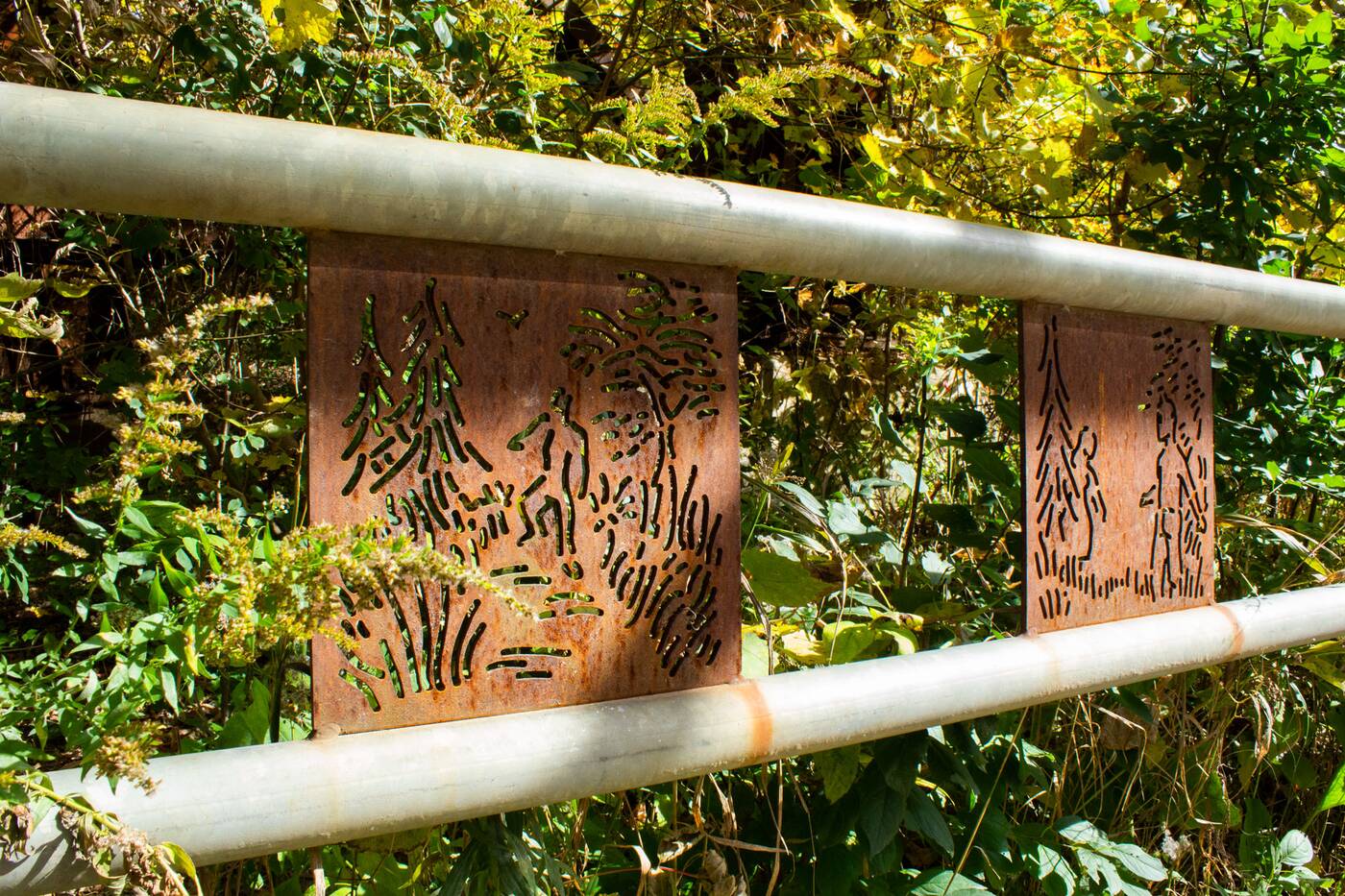 Titled A Walk In The Woods, the detailing was put up to enhance the underpass in 2011. Made up of 60 laser cut steel panels, it includes the artwork of Arnaud Boutle. 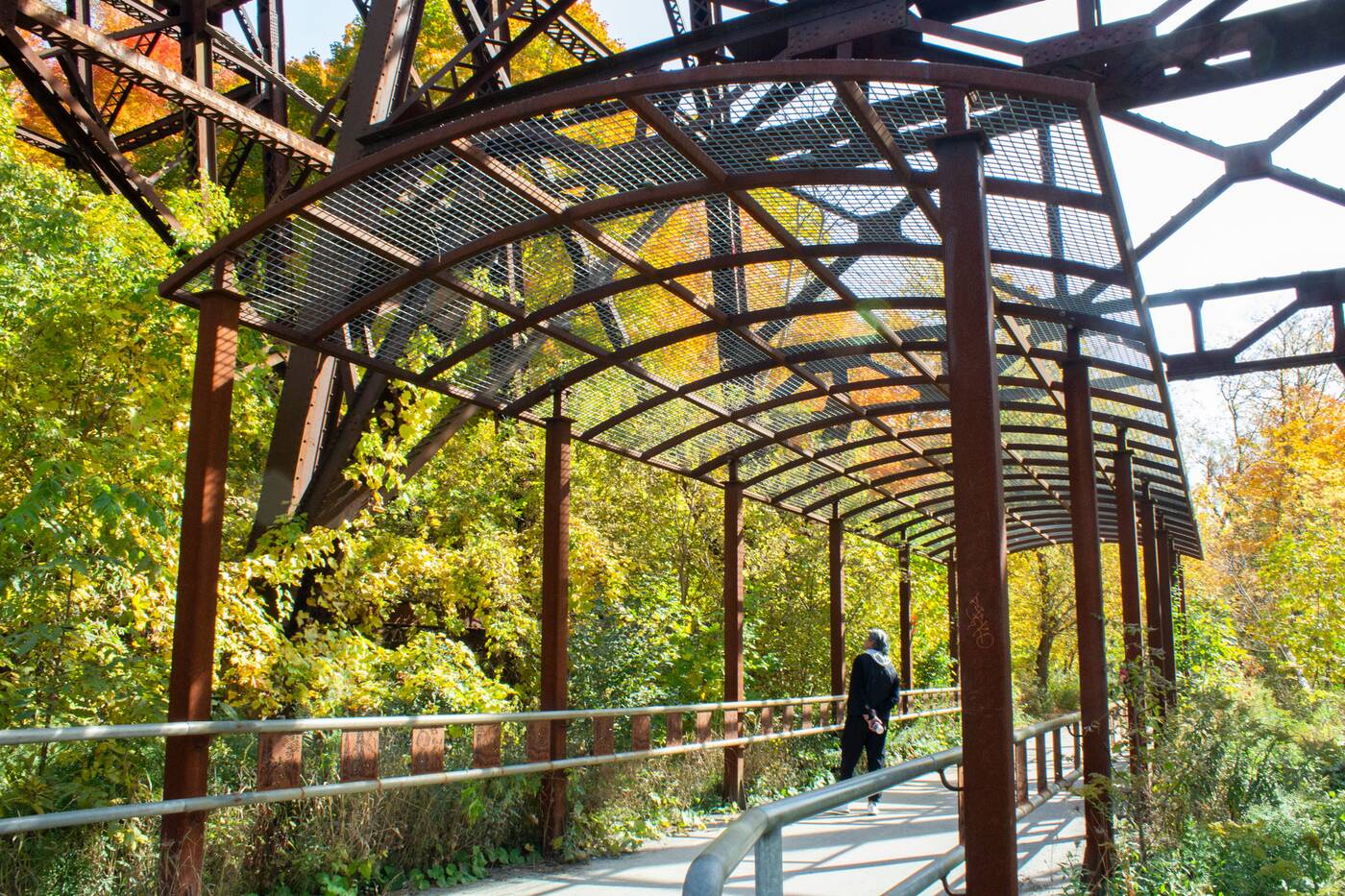 And for the brief moment that you step below this dainty structure, you're actually exiting the trail and entering the property of the Canadian National Railway Company. 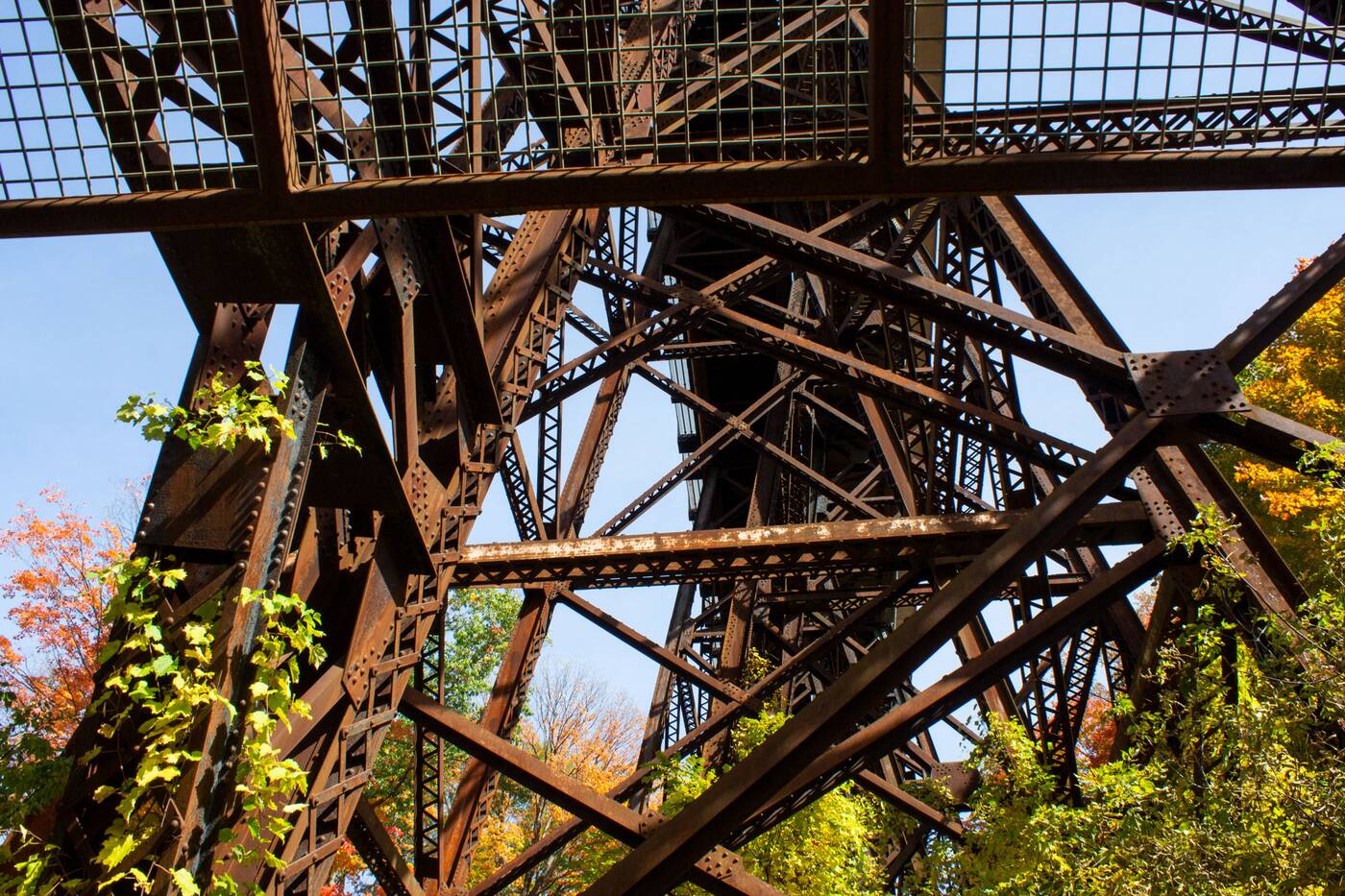 Since it runs below the rail, the handful of metres that comprise this underpass belongs to CN, as explicitly stated by a sign that sits at both entrances of the underpass. 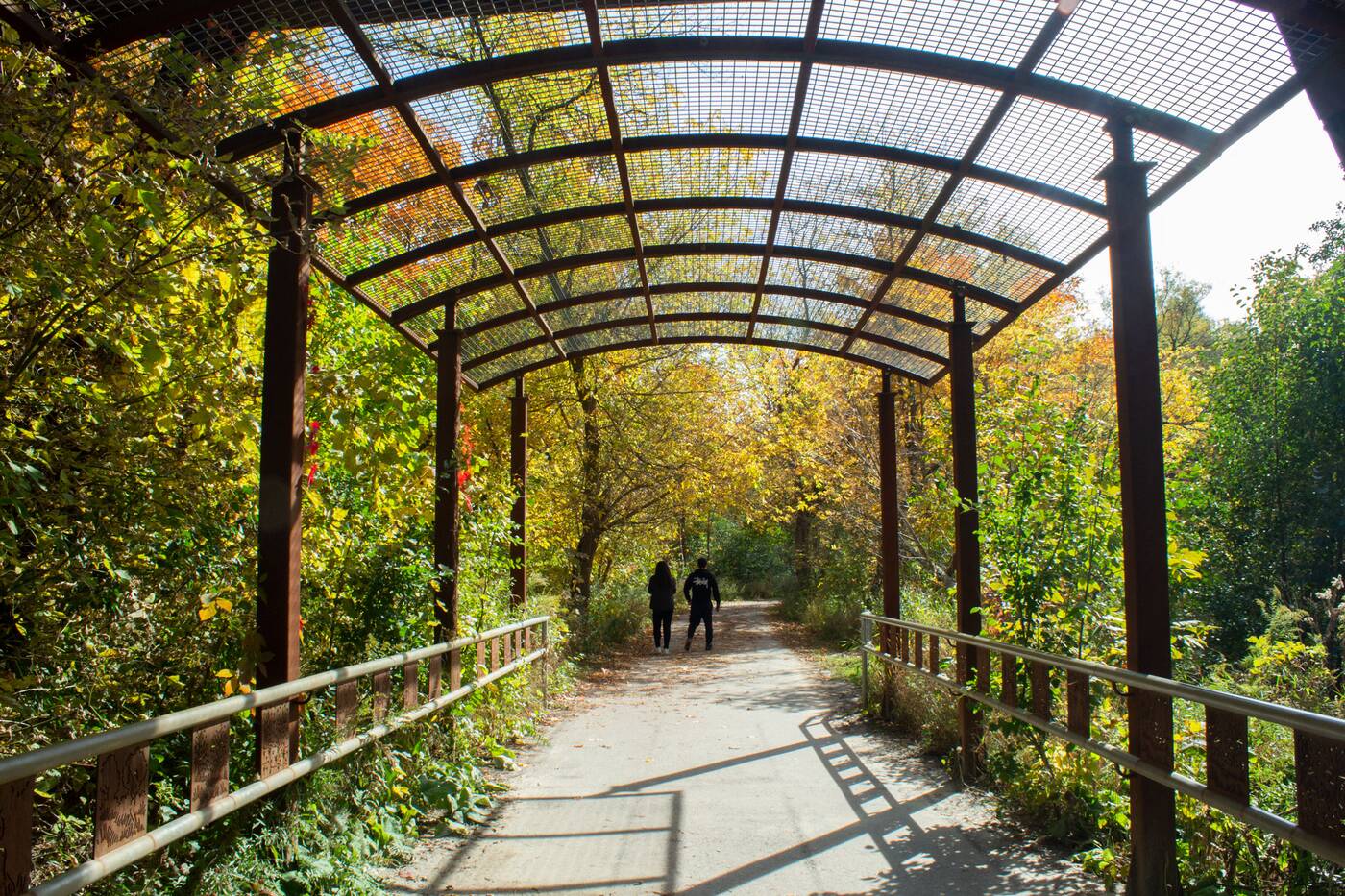 If you're wondering why it was necessary to build the underpass at all, it should be noted that its construction was during the creation of the East Don Trail, before it was the smooth path it is today. 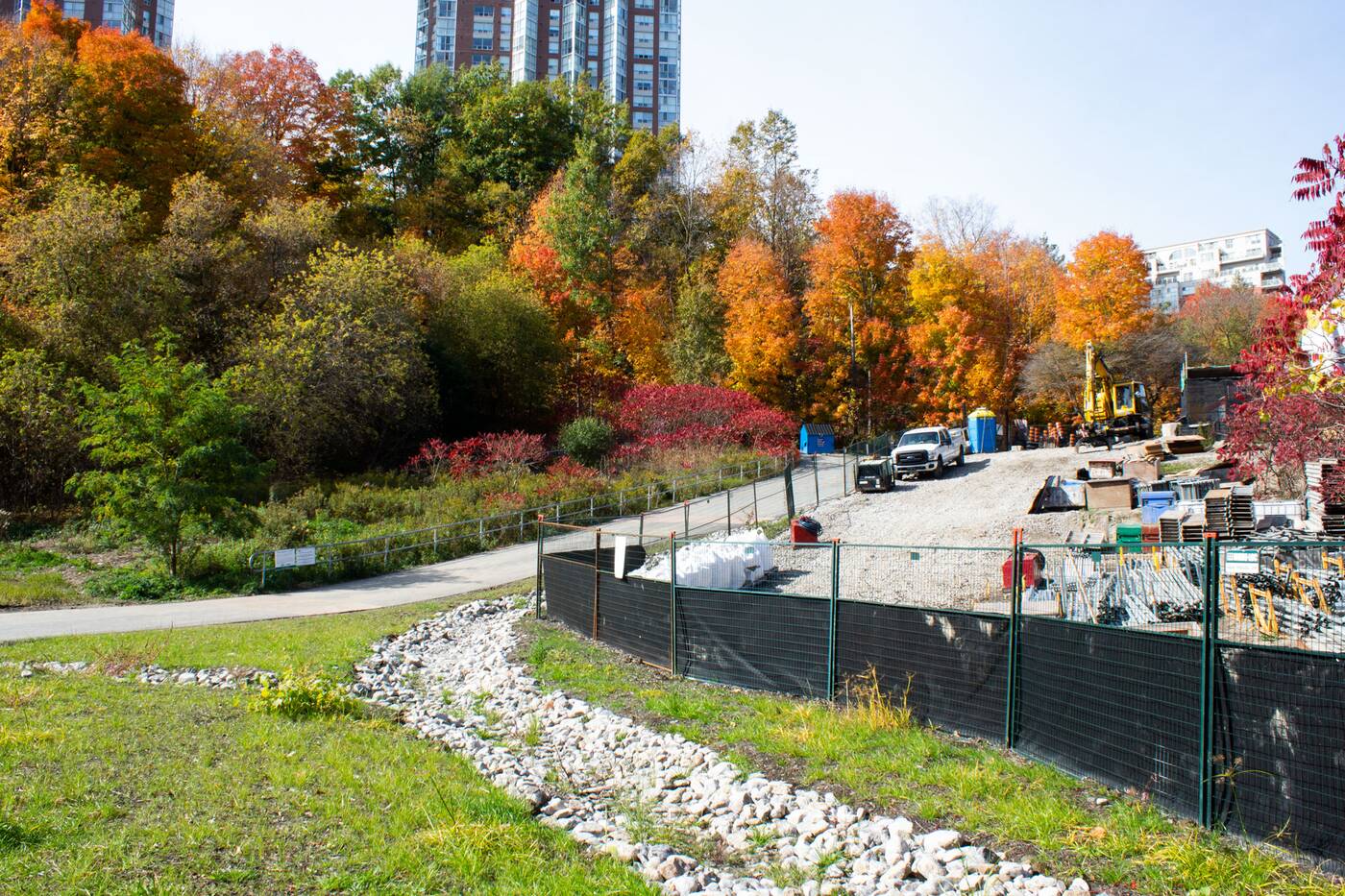 The project is now in its next phase of construction, with bridges and other adjustments being made between the Lower Don, Charles Sauriol, and the Gatineau Corridor Trail. 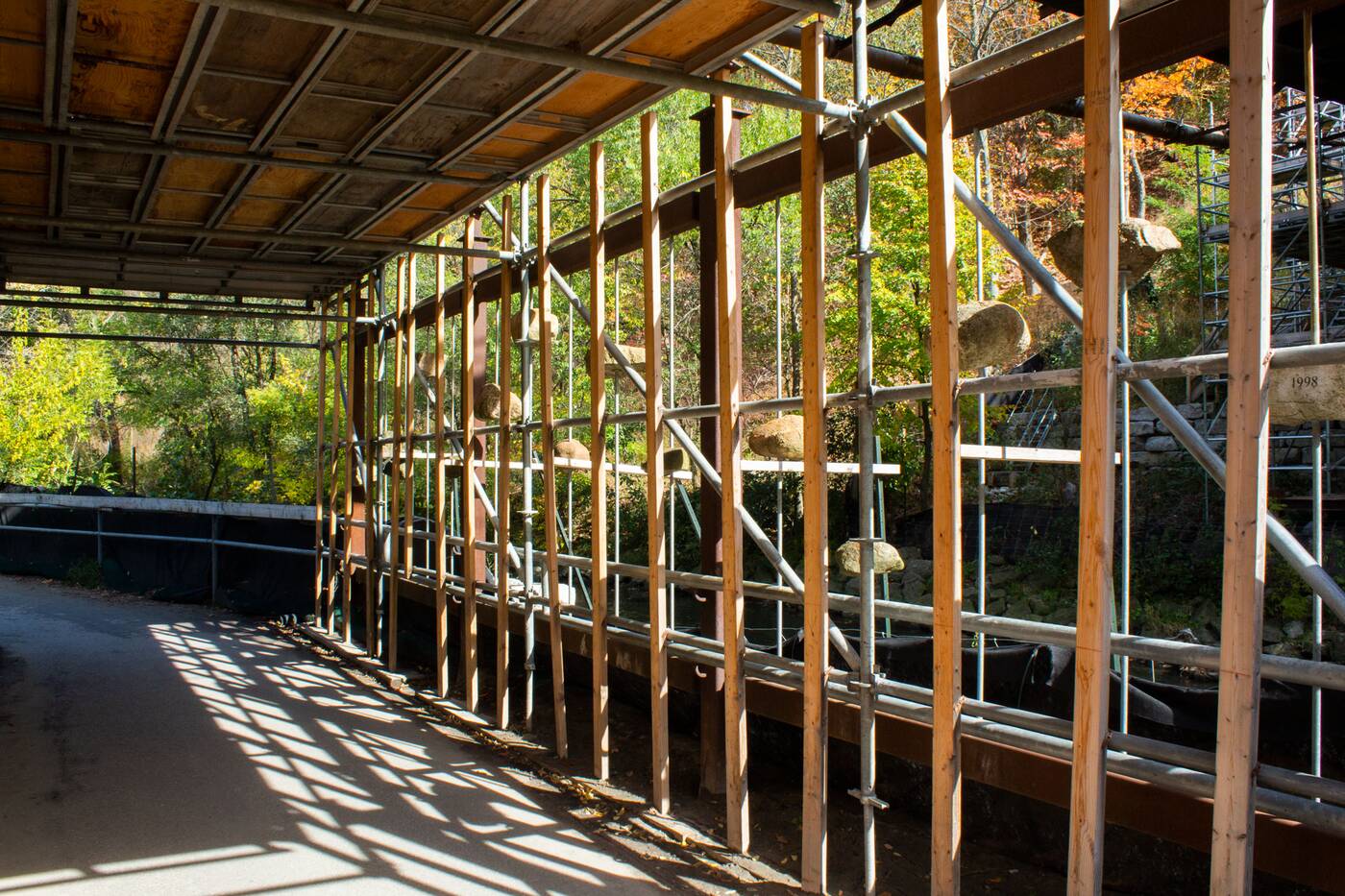 Another underpass further south is just as magical, but you wouldn't know it now, with all the construction happening around it. 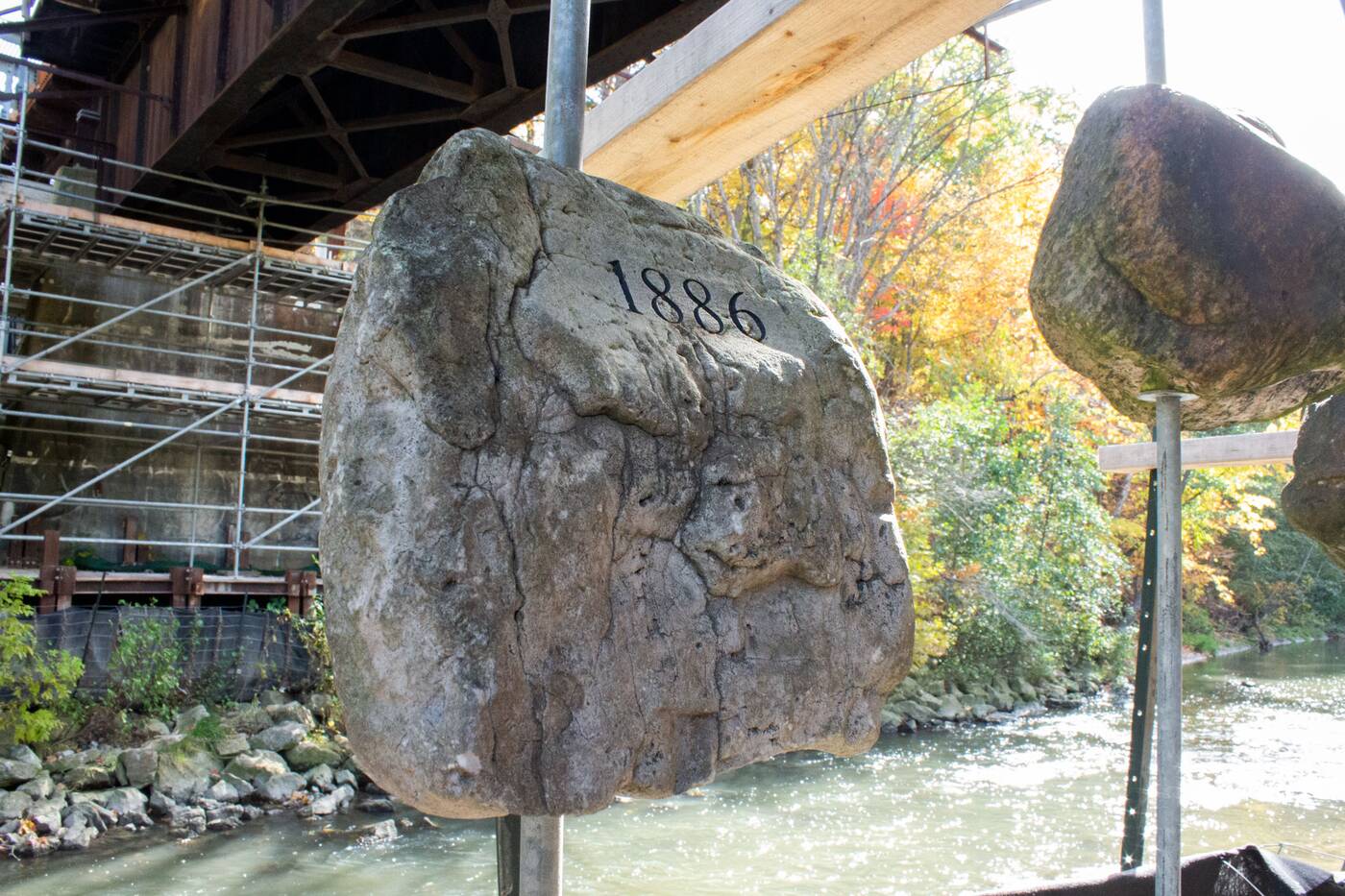 Hopefully, that'll soon be complete to unveil High Water Mark: another installation by Sprachman. Comprised of 15 stones, the installation was made to represent significant flood events in the Don River over several decades, from 1886 to 1998. 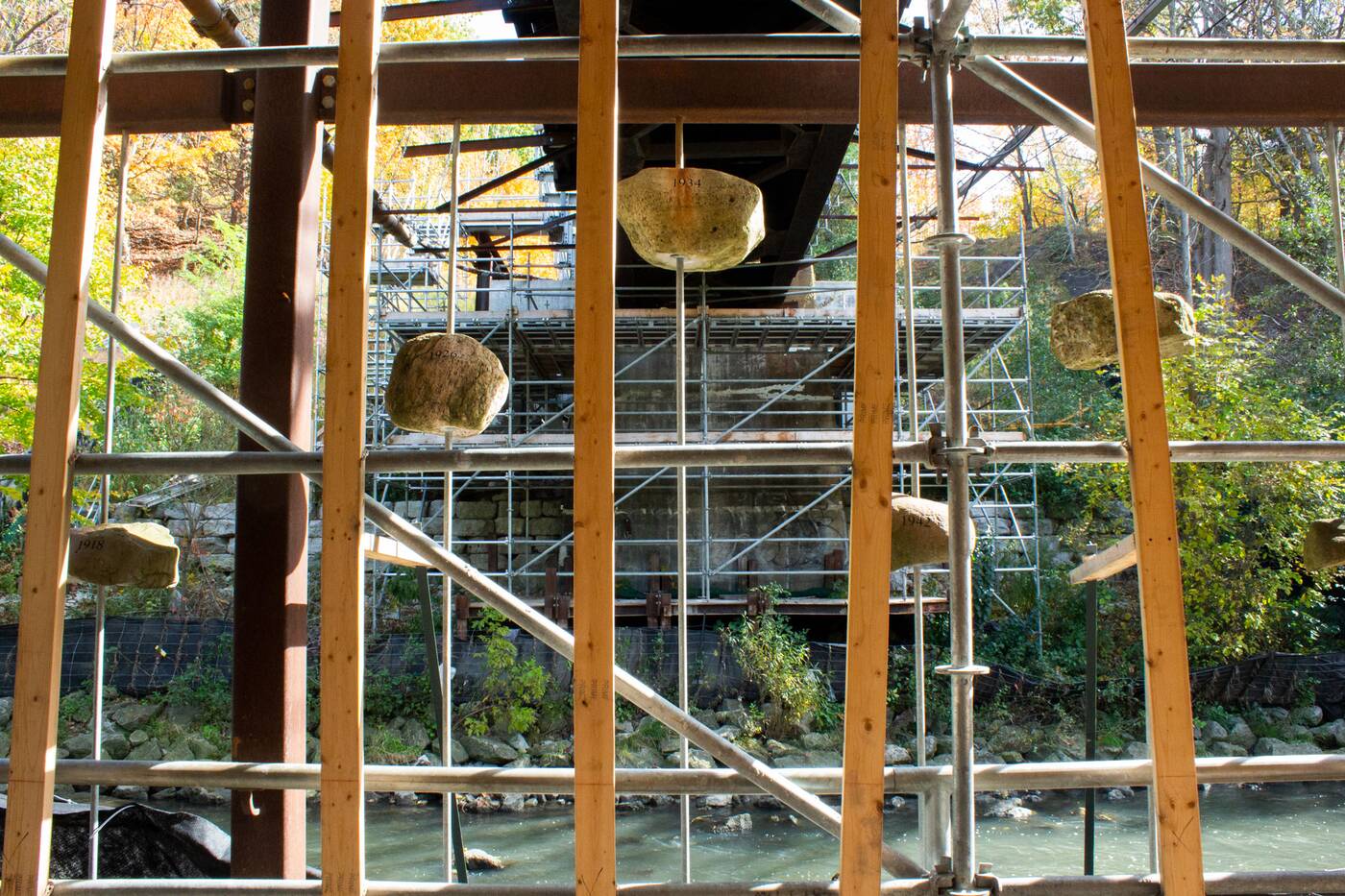