The Betty Sutherland Trail may not be long, but what it lacks for in length, it makes up for with a dynamic path that runs below the roaring 401.

This 1.83-kilometre trail follows the East Don River. It runs behind North York General Hospital and beside the scenic 'burbs of Henry Farm before ending at Duncan Mill Road. 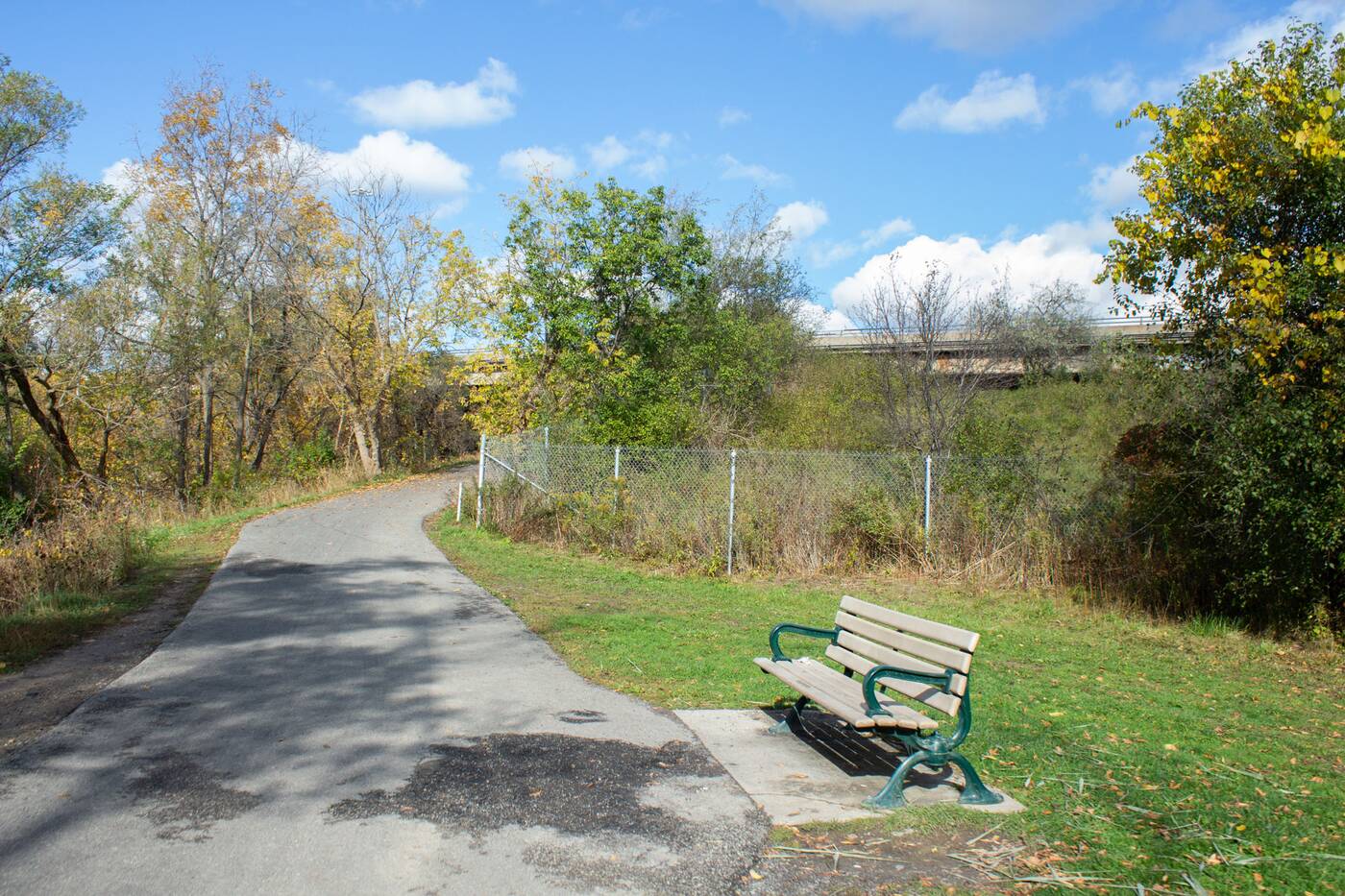 Named after the City Councillor Betty Sutherland — one of the first women to be elected to North York council in 1972 — the trail pays homage to Sutherland's contribution to the development of the parks system. 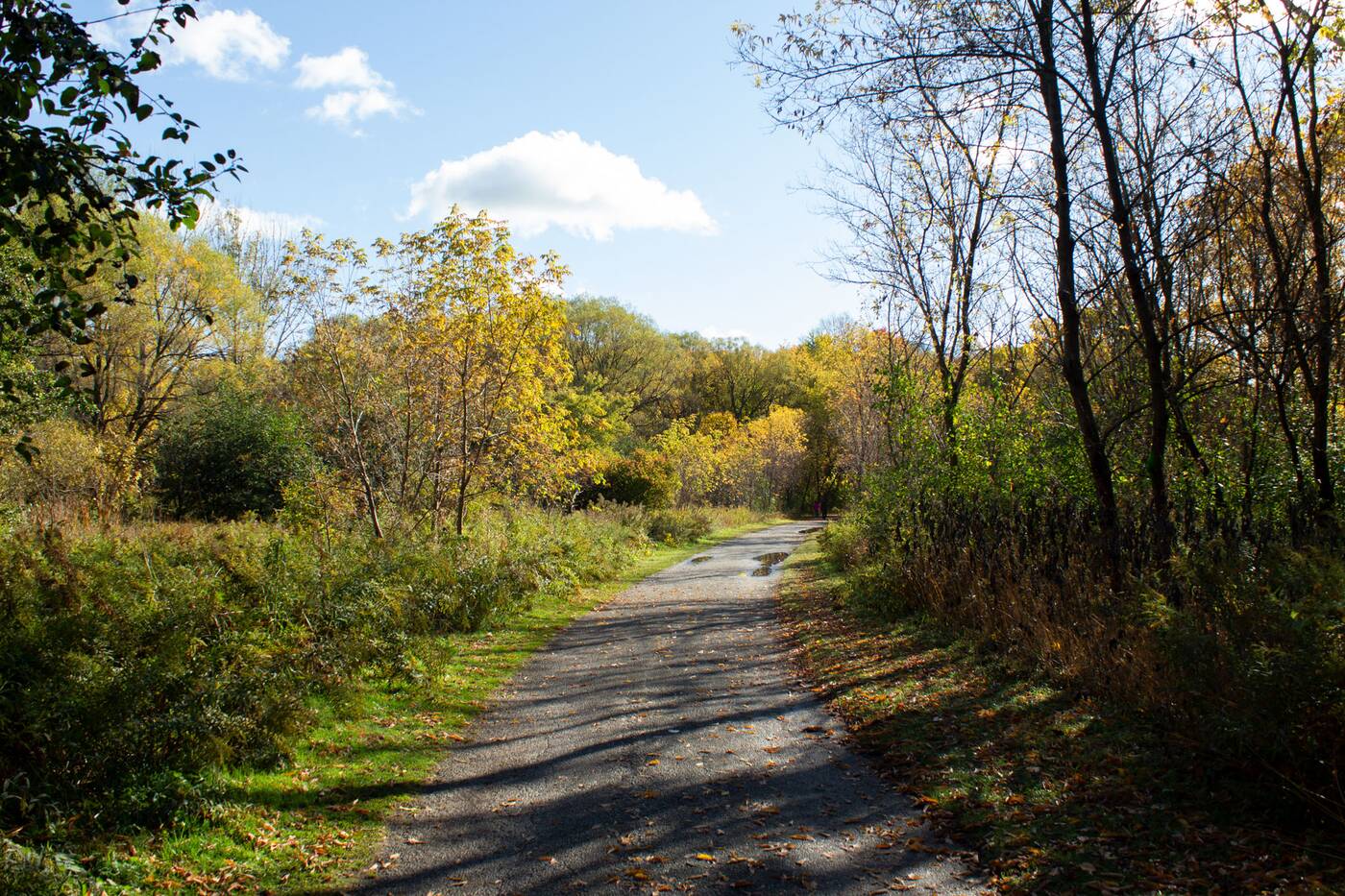 Sutherland retired from the North York City Council in 1985. Three years later, the trail and surrounding park areas were named after her.

It's not extremely busy here, largely due to the reason that the Betty Sutherland Trail is near impossible to access directly by car, unless you park illegally. 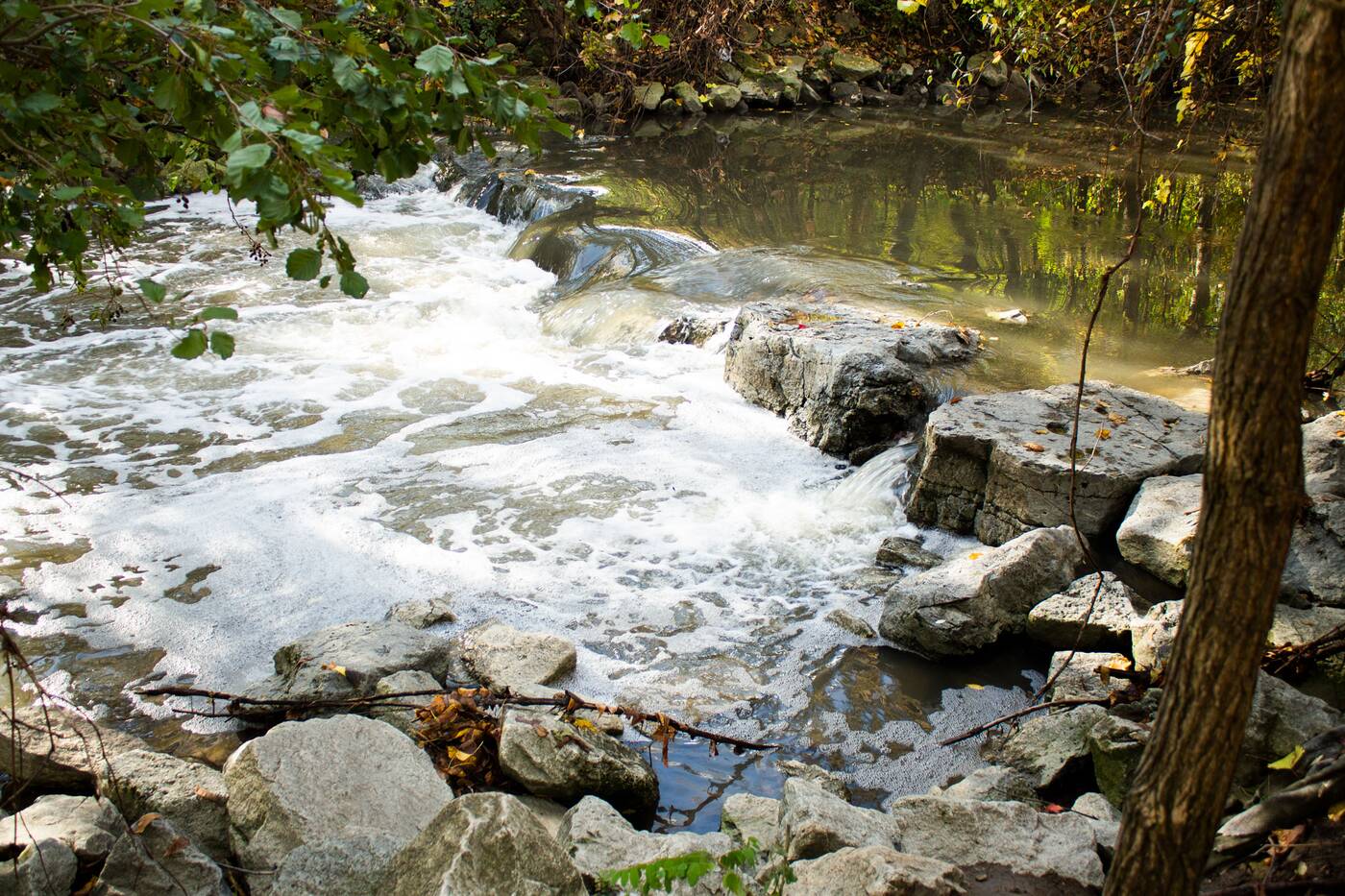 There are multiple entrances, one of them being at the bustling intersection of Leslie and Sheppard. There's no parking there. Your best bet is parking on a residential street in Henry Farm, likely on Manorpark Crescent.

While there's no signage indicating that parking isn't permitted here, be responsible and make sure not to disrupt any neighbouring driveways. 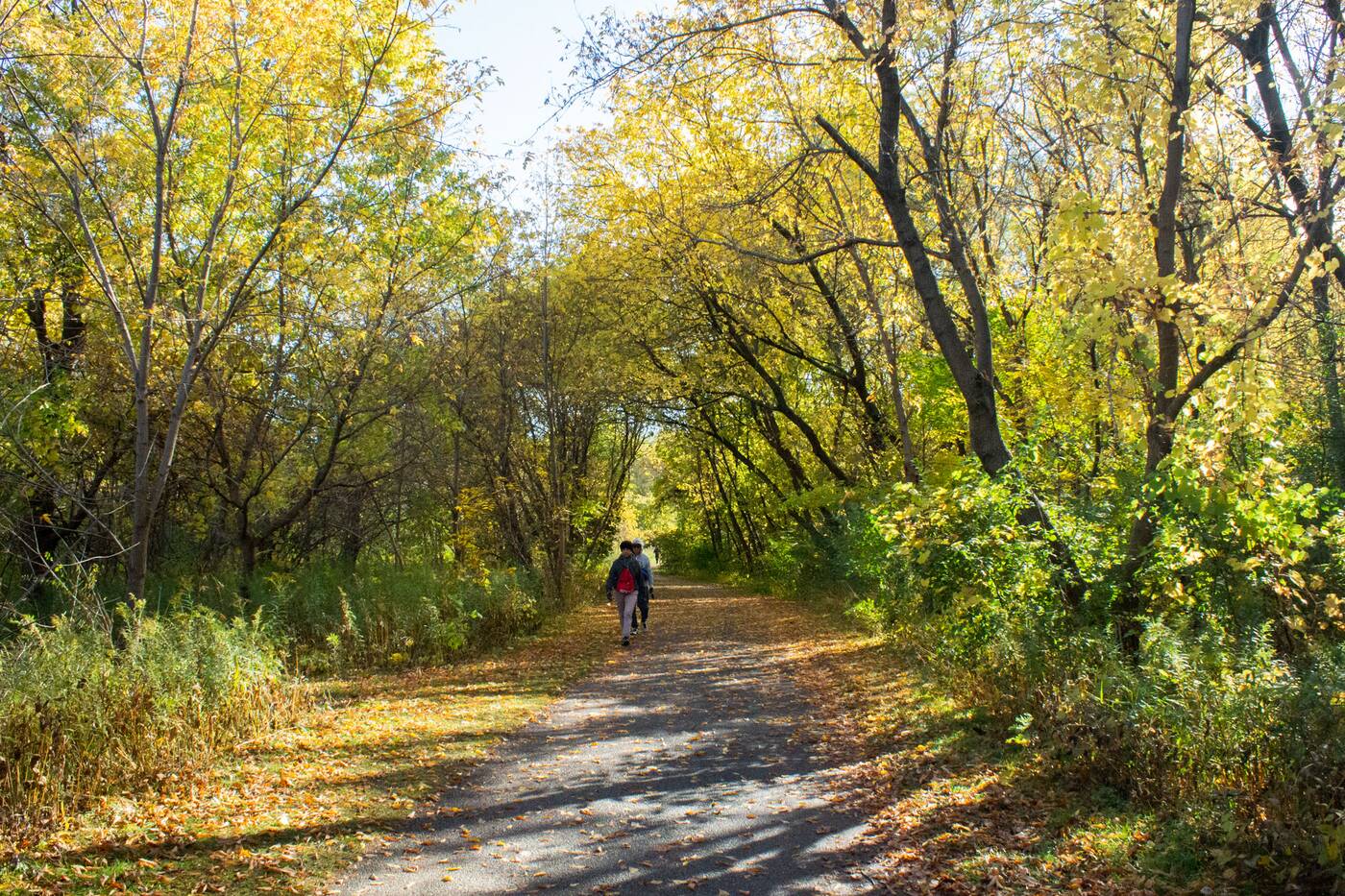 On the flip side, walking or biking to this area via the Don River Trail is a breeze. Come through the Havenbrook Park and walk south, and you'll soon be at the underpass of the 401.

The laziness of the East Don River and the terrifying thunder of the highway traffic up above is a trippy feeling. 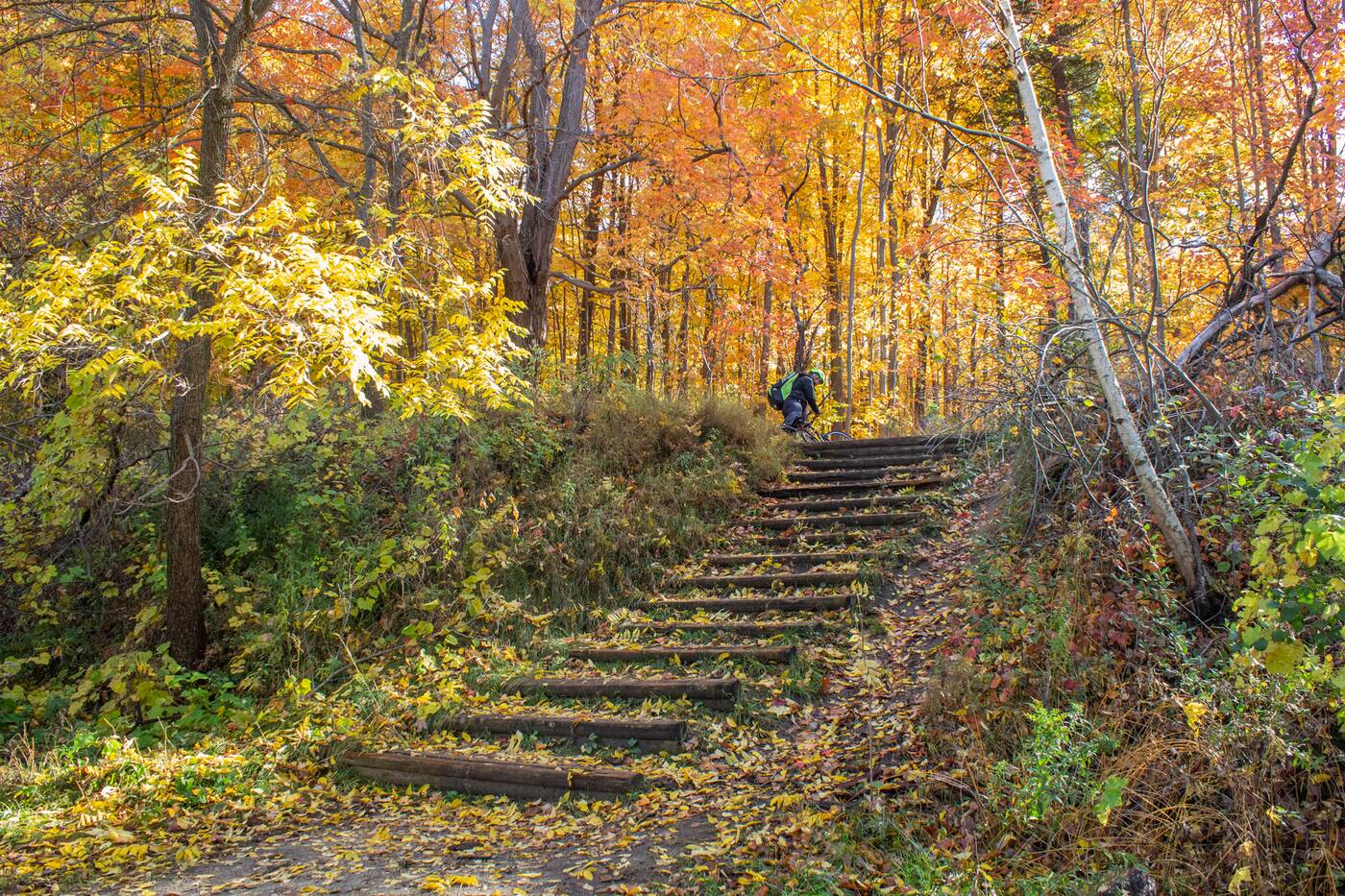 Continue snaking downhill along the river and you'll soon get to calmer vistas, with a beautiful canopy of hardwood trees. Fall is a great time to explore the side trails that provide closer access to the river. 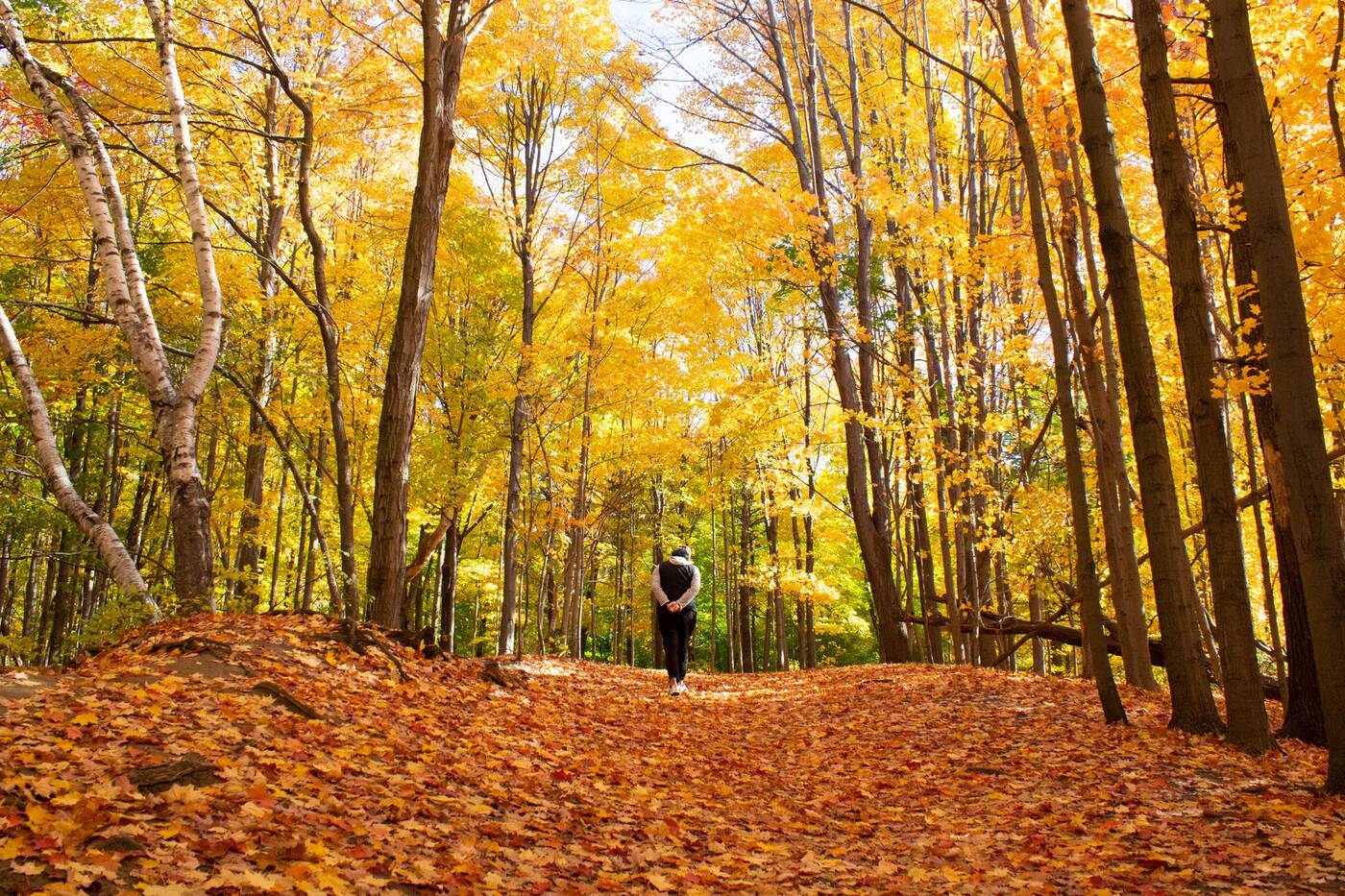 At one point you'll get to highlands, with a set of stairs that are bike-friendly where you'll find slopes and summits populated with deciduous trees.

Continue winding south, past a small footbridge over the Don, and you'll emerge at Duncan Mill Road. 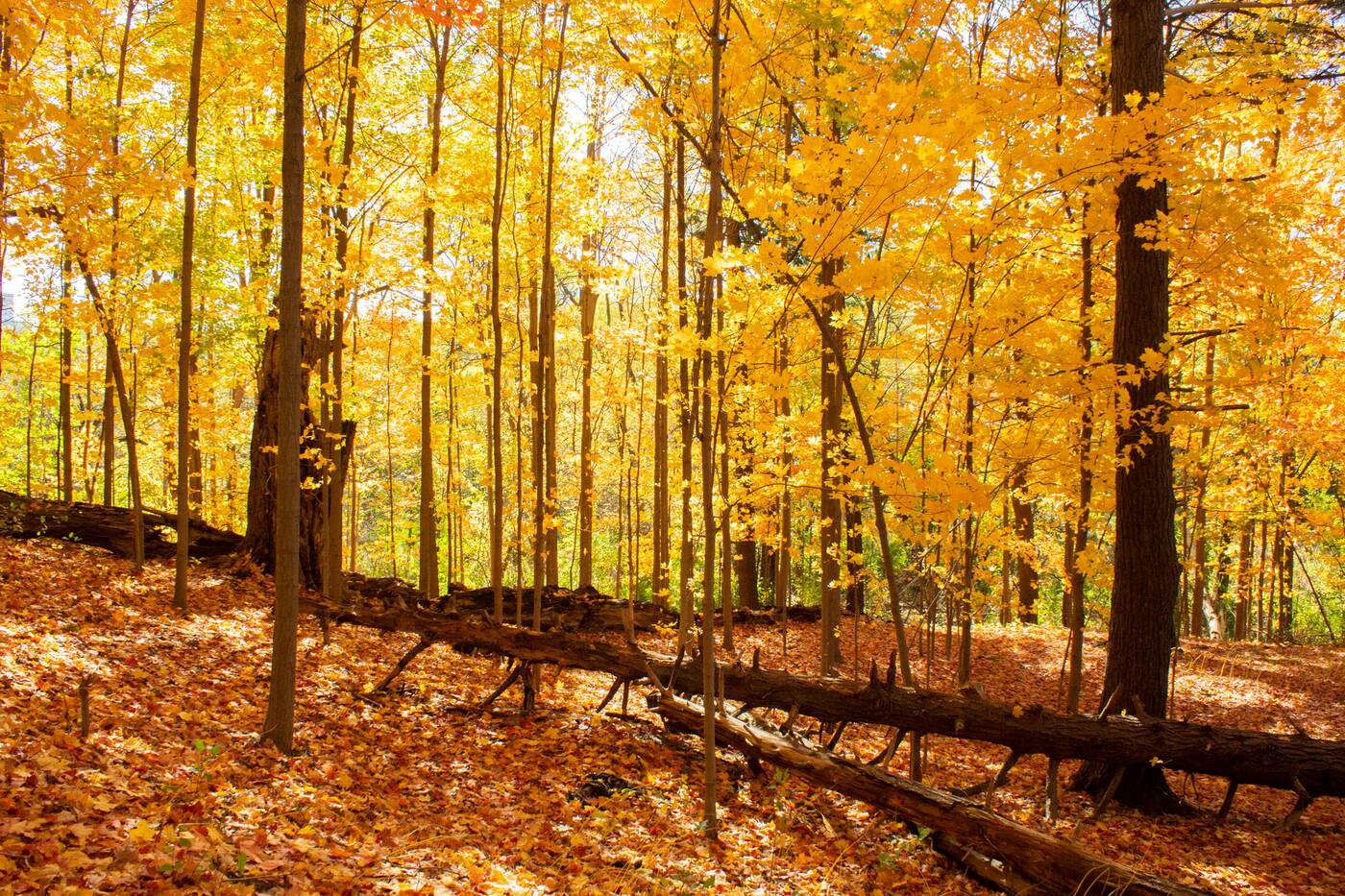