Activists in Toronto are protesting an annual dog sledding race by pouring fake blood on the ground at a Mobil gas station at 449 Carlaw Ave.

On Wednesday, a group of concerned citizens took to the streets to show their unease toward the gas station's parent company, ExxonMobil, who is a major sponsor of the Iditarod dog sledding race which protestors say "perpetuates human entitlement over nonhuman animals."

"How many of them die and/or are killed?" Nicole Ada, one of the organizers of the event, said in an email.

"We will continue to be a presence until this race (which uses dogs against their will), and the dog sledding industry as a whole, collapses."

The group claims that more than 150 dogs have died as a result of the Iditarod race since it began in the 1970s and that the dogs live in outdoor warehouses with minimal protection from the elements all year round. 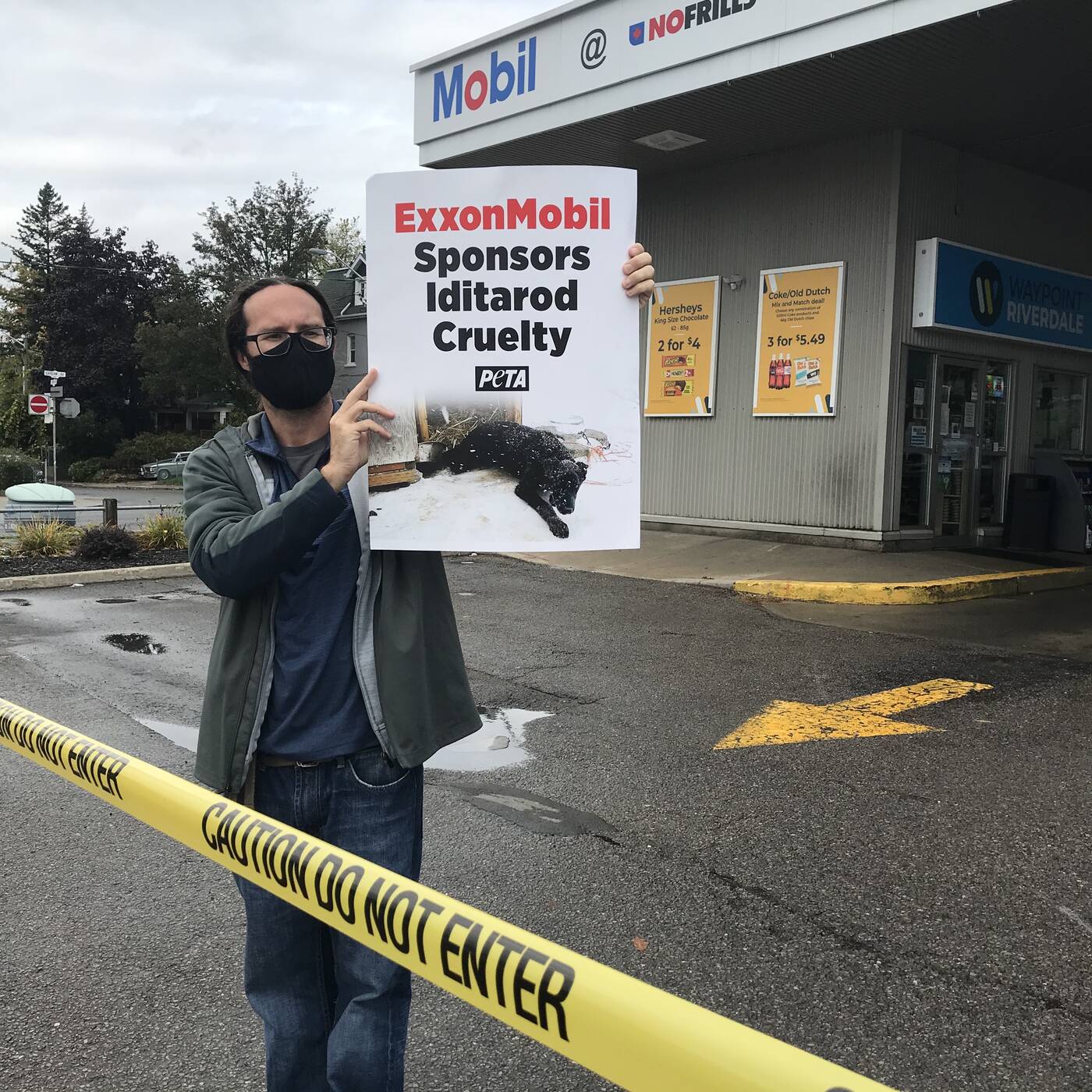 Protestors stood outside the gas station at 449 Carlaw Ave. on Wednesday. Photo courtesy of Jenny McQueen.

They also said that the dogs are often on chains or in caged enclosures.

On their website, Iditarod state they are "committed to celebrating these elite athletes and using lessons learned to benefit dog health for the millions of pet owners," adding that they take great pride in providing and promoting excellence in dog care before, during and after the race.

The website also says that "during the race, well over 10,000 veterinary examinations take place to ensure that every dog is healthy and receiving the care it needs," among other health checks.

The race occurs on the first Saturday of every March in Anchorage, Alaska.