Woodbine Heights in East York at first glance may seem like a quiet and unassuming residential area in Toronto.

If you take a wander through its criss-crossing streets, you’ll find a neighbourhood with a unique history shaped by World War I and World War II, its memorials hidden in plain sight as part of East York's infrastructure.

In the seventy-five years since the end of WWII, the neighbourhood still retains much of its small-town character. 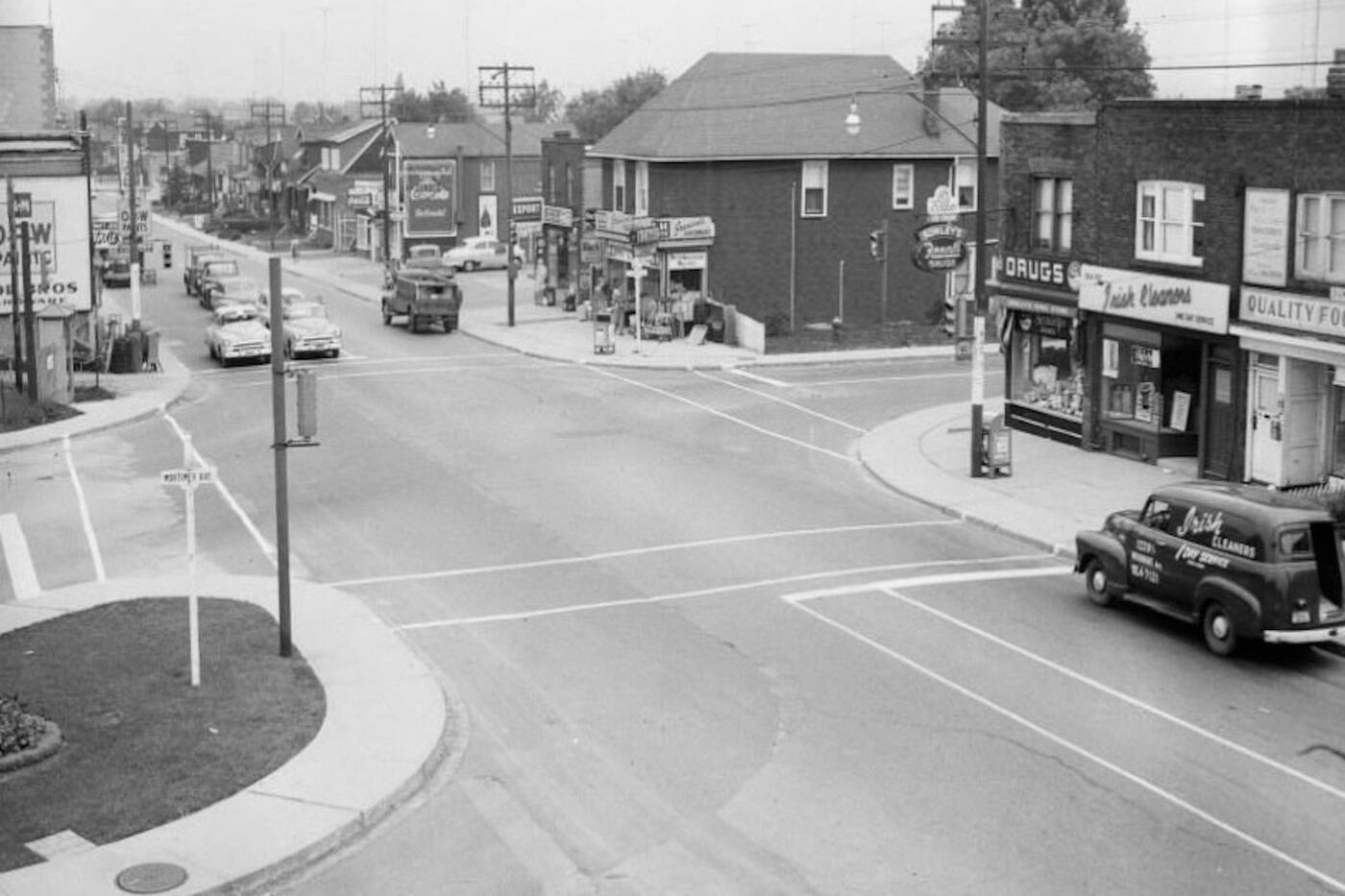 East York saw an incredible period of growth between the years of 1948 and 1961. Although newer houses are edging their way into the neighbourhood, these homes are a stalwart reminder of an earlier time.

A relic of Toronto’s post-war years, many of them were constructed as affordable, modest housing for returning veterans. 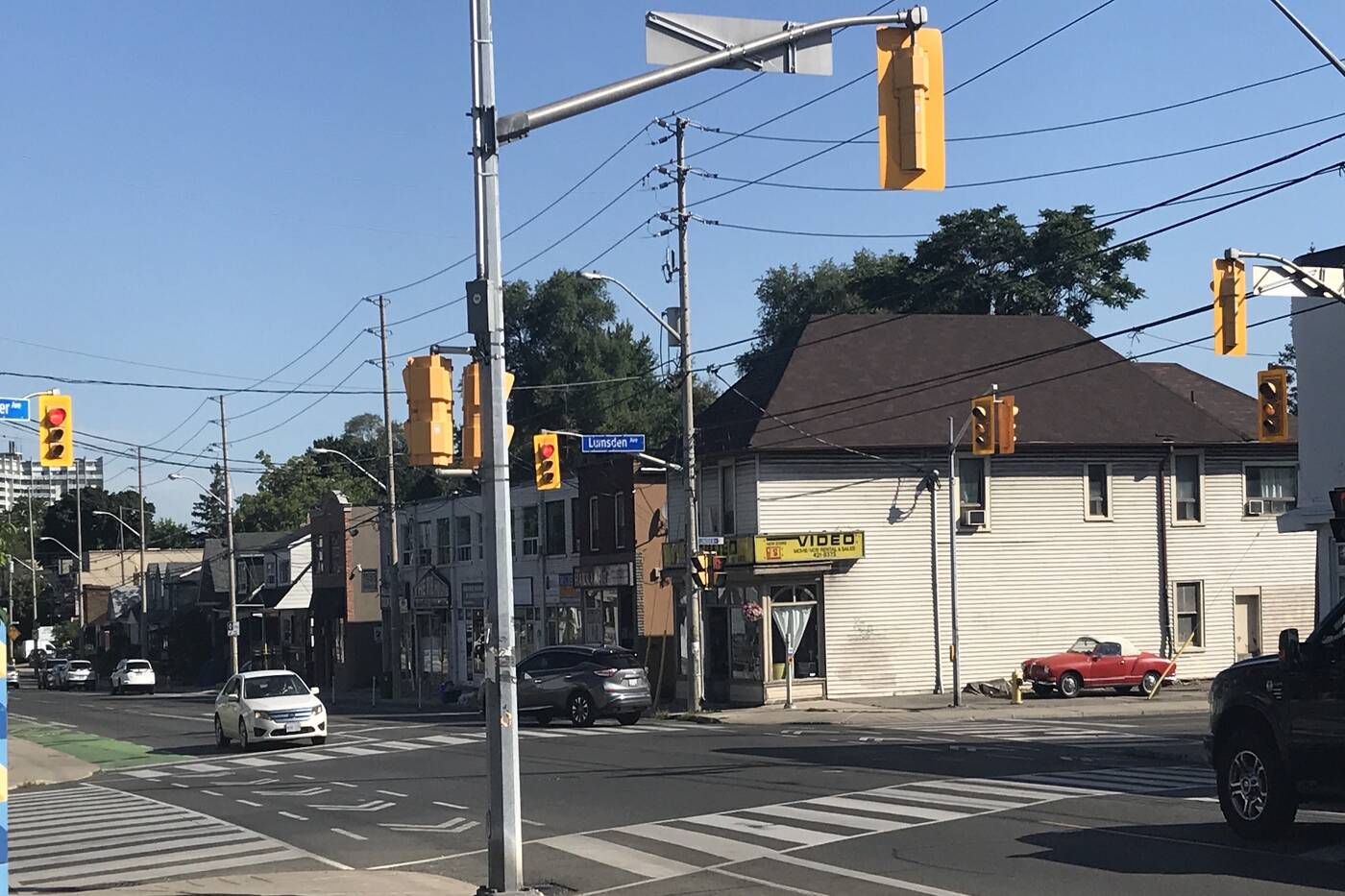 Schemes for housing in the post-war period mention the appeal of multipurpose rooms, living-dining rooms were viewed as both a space-saver and money-saver for new developments. Pre-fabrication allowed for the houses to be put up quickly at a low cost to the developer. 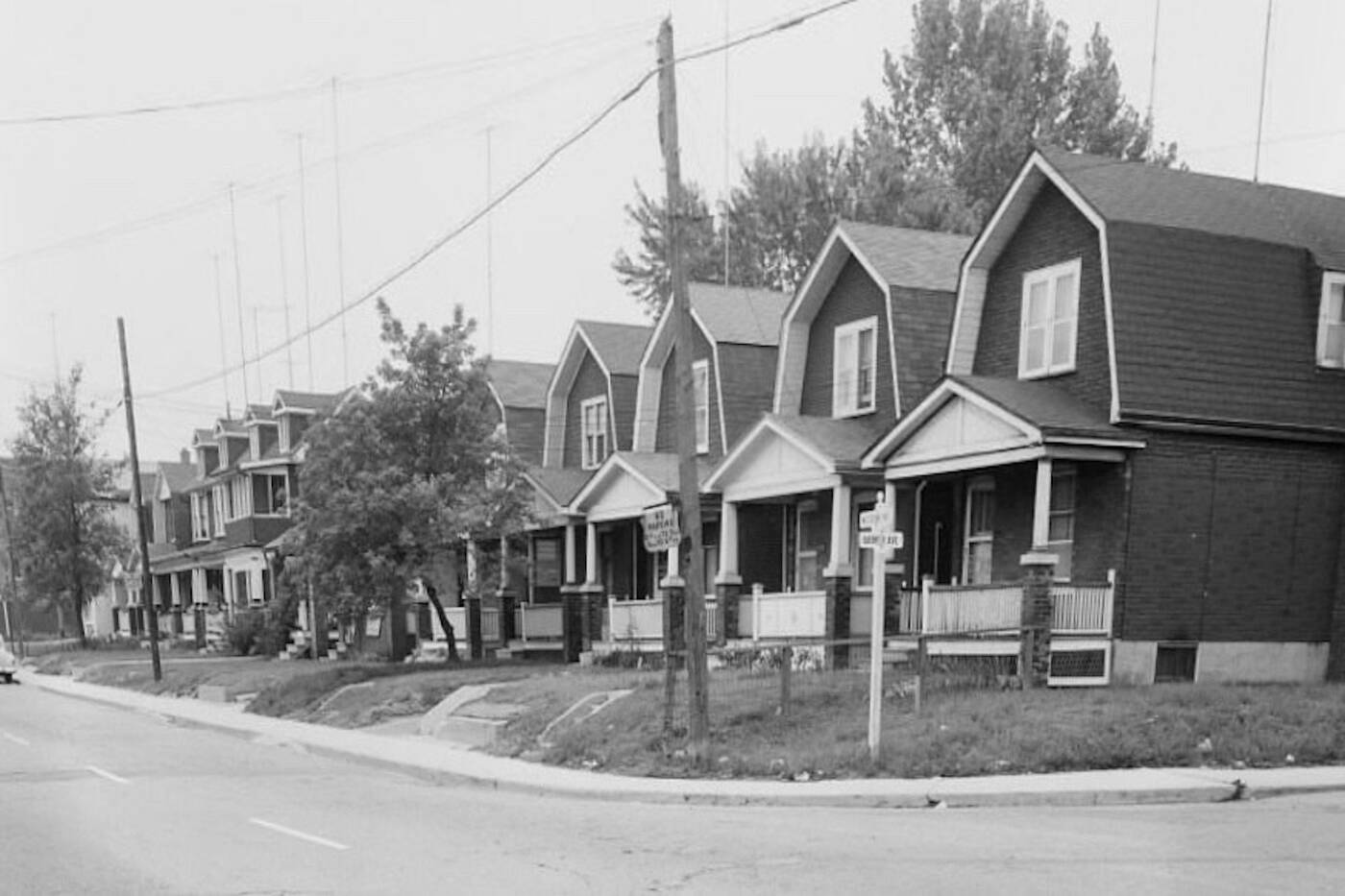 Woodbine and Barker Avenues, 1956. Photo by City of Toronto Archives.

The theory of these developments was tied to the burgeoning social hygiene movement that gained momentum in the post-war years.

Architects theorized that such pre-fabricated developments could bring communities together, improve sanitation, and even curb juvenile delinquency. 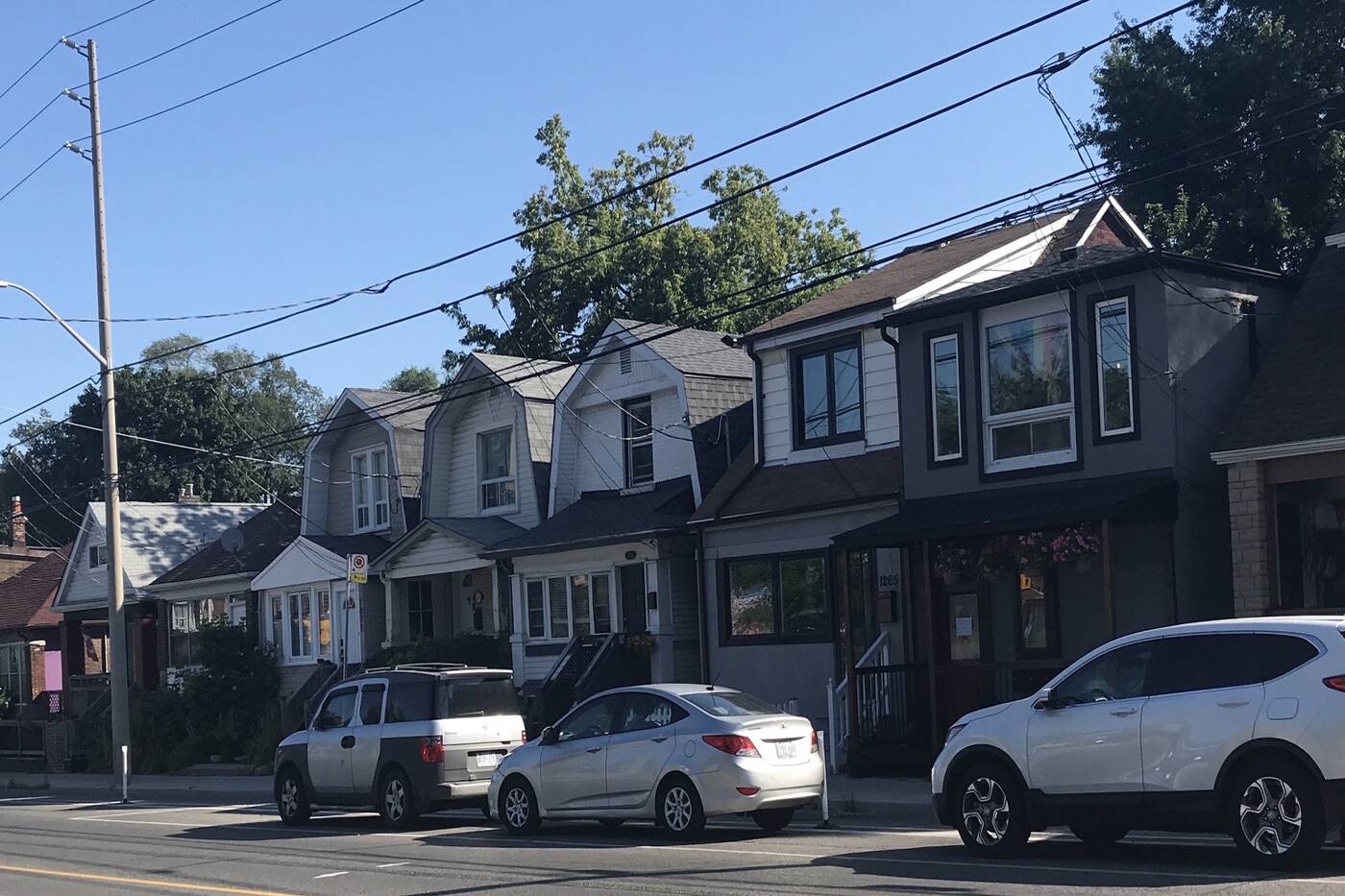 Near Woodbine and Barker Avenues, 2020. Photo by Alice McMurtry.

As veterans returned from the war, it seemed appropriate to dedicate street names in their honour.

Dunkirk Road, originally an extension of Lumsden Avenue, is so named after the Battle of Dunkirk, which raged from May 26 to June 4, 1940. This was one of the first memorializations of WWII in the area, as the street name was changed before the close of the war. 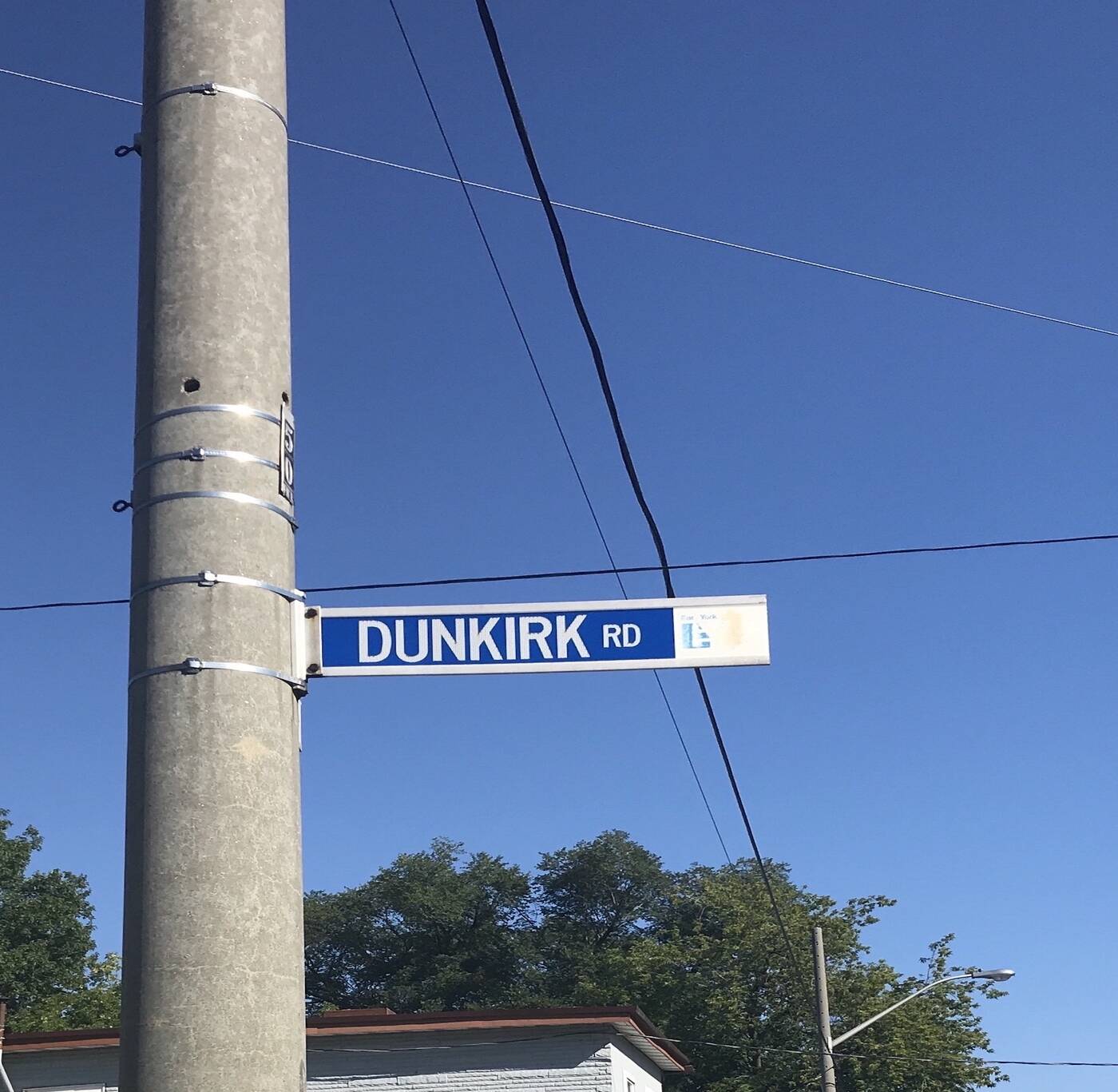 Similarly, McCosh Avenue was changed to Memorial Park Avenue to honour the soldiers from East York who had sacrificed their lives in the two World Wars.

Community spaces were set up for veterans following WWI, and WWII veterans would have made use of these spaces.

Along Woodbine Avenue, north of Mortimer Avenue, stands the Woodbine Heights Memorial Hall. It was one of two community halls in the entirety of East York that provided services to returning veterans, and still does today. 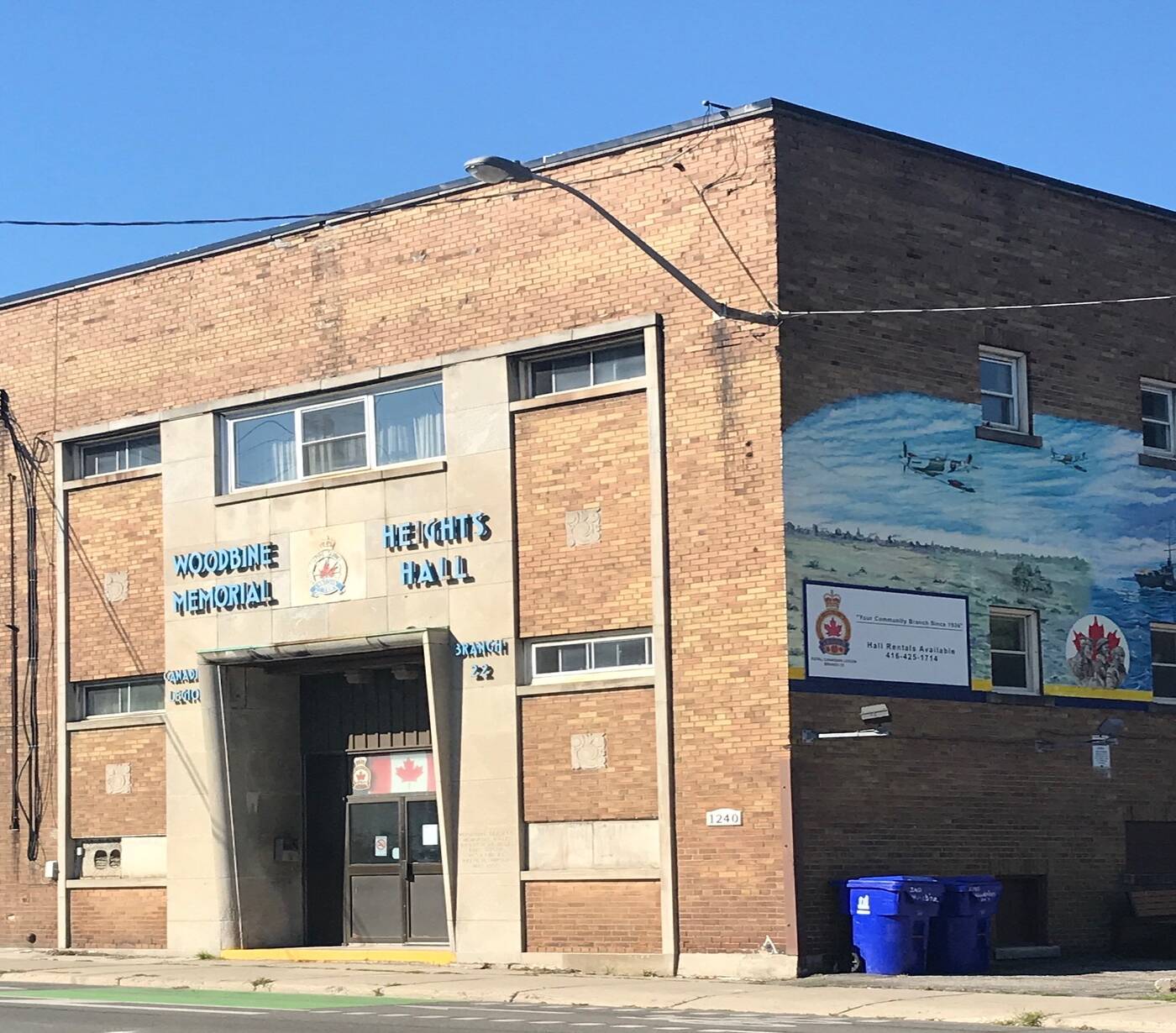 Even parks and recreational facilities act as a memorial to those who served during WWII.

Dieppe Park, near Greenwood and Cosburn, is a prime example. Dieppe was seen as a defining moment for the Canadian military: a horrific raid was waged on the beaches of France, where 4,000 young Canadian soldiers lost their lives.

In 1943, just four months after the raid, the East York Township Council decided to make a memorial. 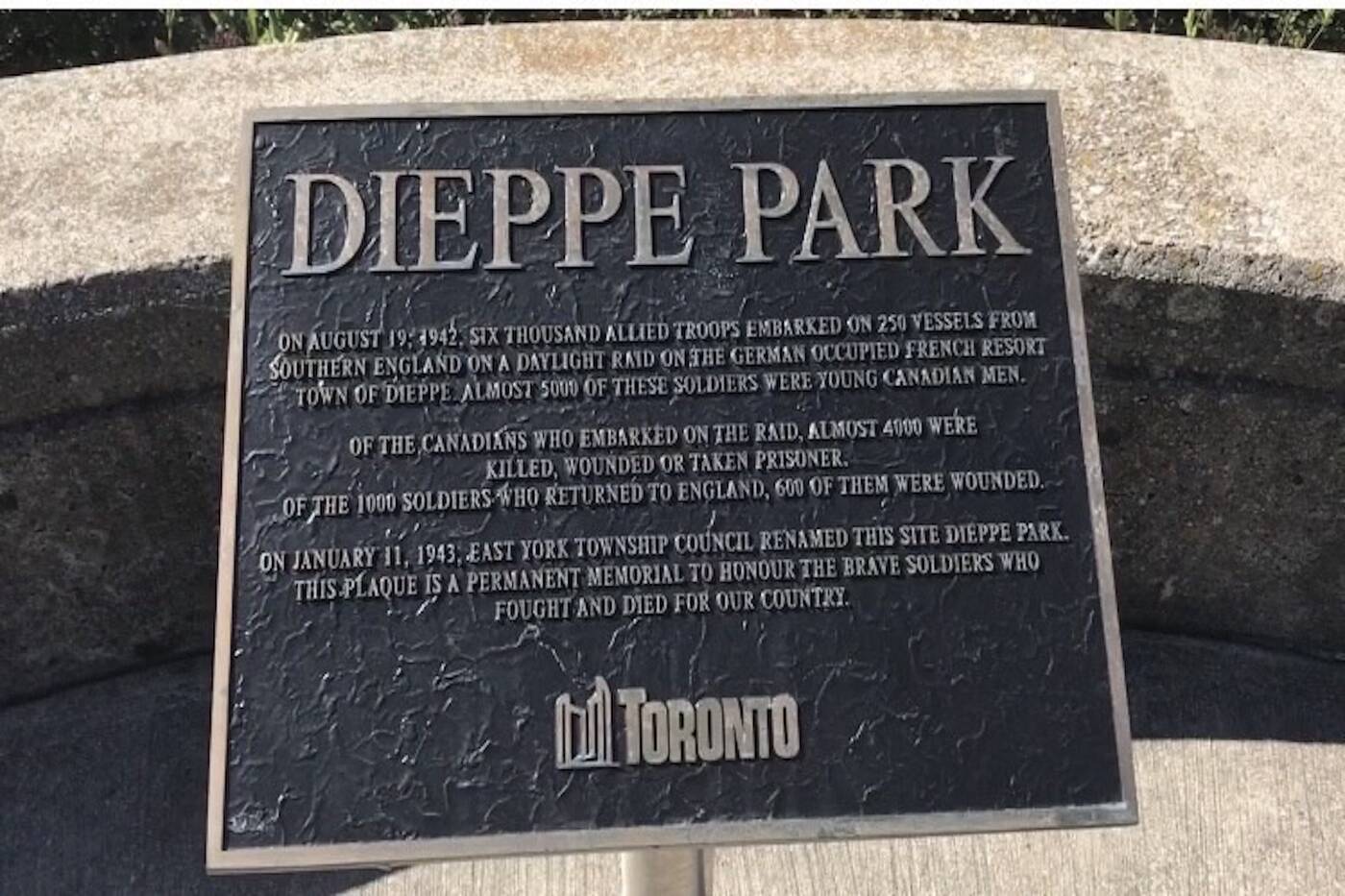 They found a vacant lot known as the Smith Property, and resolved to turn it into a park in memory of those who had served.

Hockey rinks and a baseball diamond were established five years later in 1948, no doubt to provide recreation for the returning veterans and their families.

In an inconspicuous corner of the Kiwanis Outdoor Pool at Cedarvale and Cosburn Avenues, a plaque commemorates soldiers who fought in both World Wars. It is a “blink-and-you-might-miss-it” memorial, one that has become hidden within the neighbourhood. 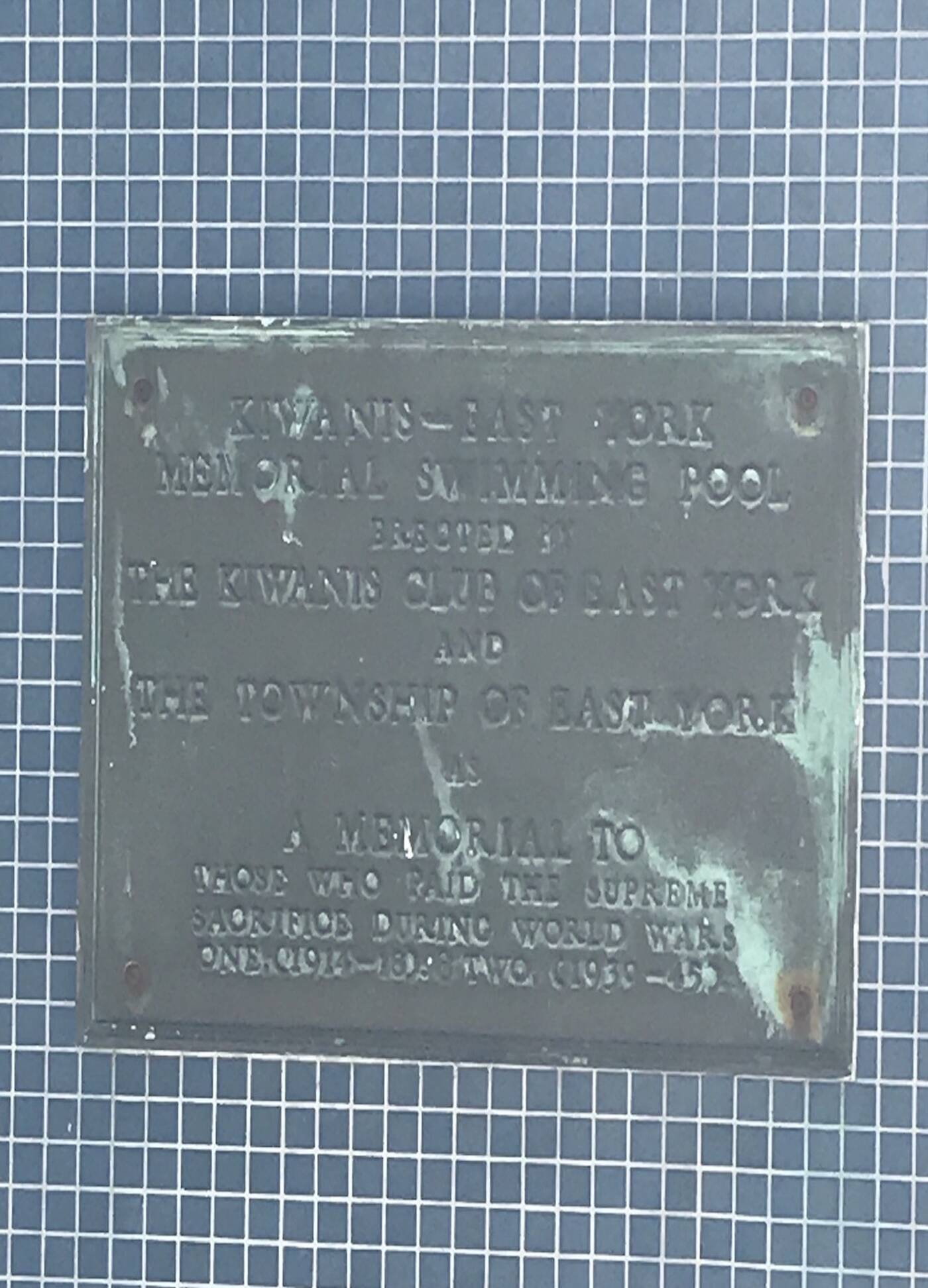 The neighbourhood of Woodbine Heights in East York is a memorialized space. As the neighbourhood has modernized, the memorials have become woven into the fabric of its infrastructure.