Toronto Police and the Toronto Transit Commission are investigating an incident in which an unidentified man set off a fire extinguisher while riding the subway, bringing service to a halt and undoubtedly terrifying his fellow passengers.

Video footage from the presumed prank, staged on Wednesday night, starts with someone setting off what appears to be a portable kitchen safety device inside a subway car approaching Greenwood Station.

Roughly a dozen other people can be seen around the man before he sprays carbon dioxide powder into the air and runs for the door.

The man speeds past visibly distressed riders to exit the train, and then once again blasts the fire extinguisher, continuously this time, while walking backwards along the platform at Greenwood.

Someone set off a fire extinguisher inside a TTC subway train 😲 - 📹 @6ixbuzztv #Toronto #TTC pic.twitter.com/inLGDujtaQ

A second clip, taken after the man had fled, shows a smoky platform filled with annoyed-looking people. TTC spokesperson Stuart Green said that trains had to be held for an investigation on account of the stunt.

Toronto Police arrived to the scene around 11:48 p.m., according to Green, but couldn't locate the suspect. Around 11:56 p.m., the TTC received a second report of a fire extinguisher being blasted on a platform one stop east, at Coxwell station.

"Obviously this kind of incident is of great concern for us as it can present a danger to our customers and employees," said Green to The Toronto Sun after footage of the incident hit 6ixbuzzTV.

"Thankfully, in this case, there were no injuries we are aware of." 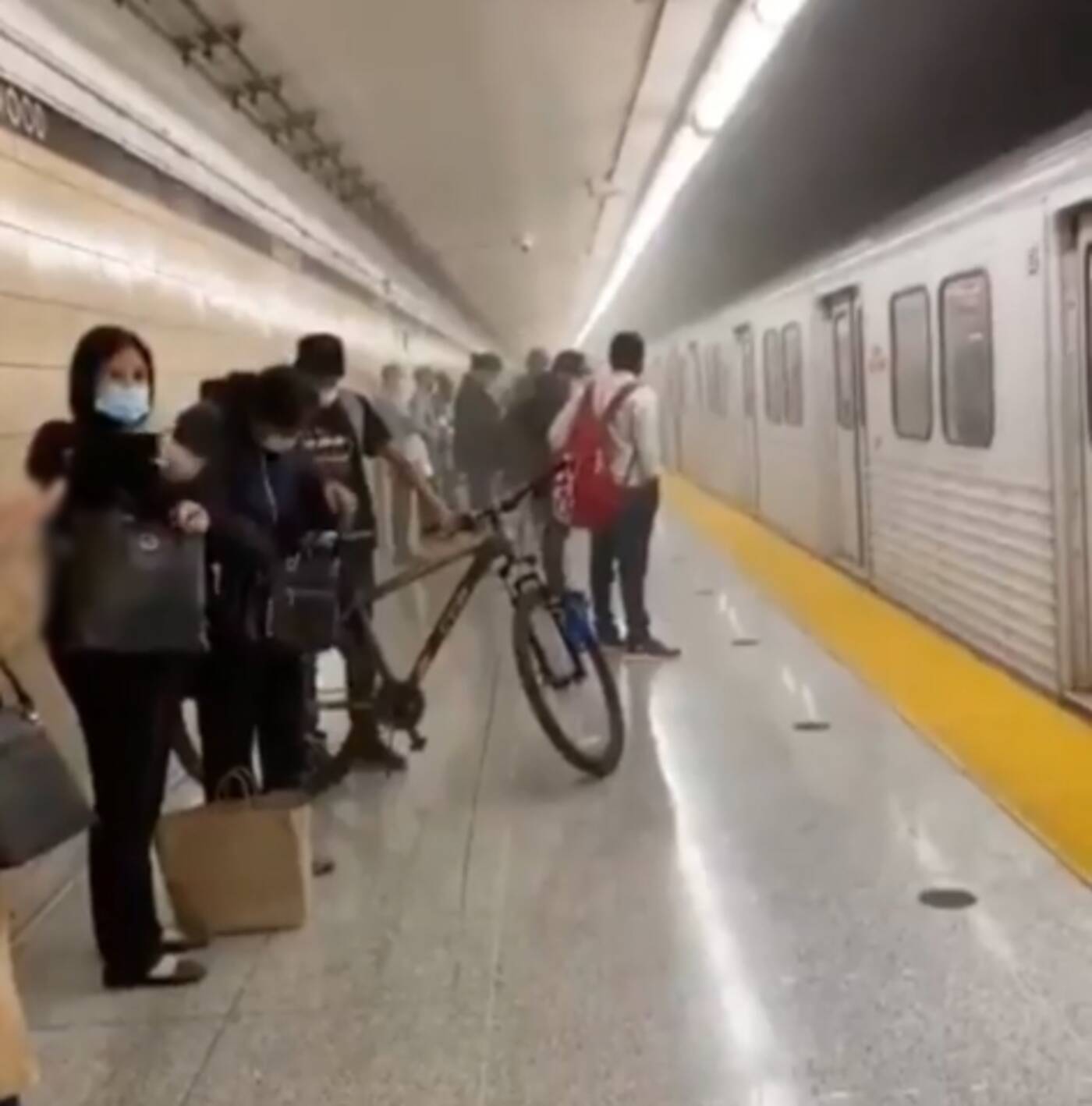 TTC trains were halted as a result of the presumed prank, leaving plenty of passengers in a lurch. screenshot via bramptonstv.

The 6ixbuzz clip has racked up nearly half-a-million views in less than a day, prompting hundreds of comments from people decrying the man's actions as foolish.

"That's dumb dangerous. Fire extinguisher have chemicals that remove oxygen from the air in that powder," noted one commenter. "You can die of suffocation from that shit."

While the suspect's motives were not immediately clear, captions on other versions of the clip suggest that he was performing a prank or "chasing clout," as some commenters put it.

Said one person of the individual in question: "Small dick men are different."