Early in the COVID-19 lockdown, a Toronto apartment rental company was praised for offering $100 grocery gift cards to tenants and donating funds to local charities.

So it came as a surprise when some Greenrock tenants in 40 and 50 Alexander Street and 55 Maitland Street learned they owed a lump sum of more than $1,000 after the company was granted an Above-Guideline Rent Increase.

Some residents are being asked to pay retroactively for past months. 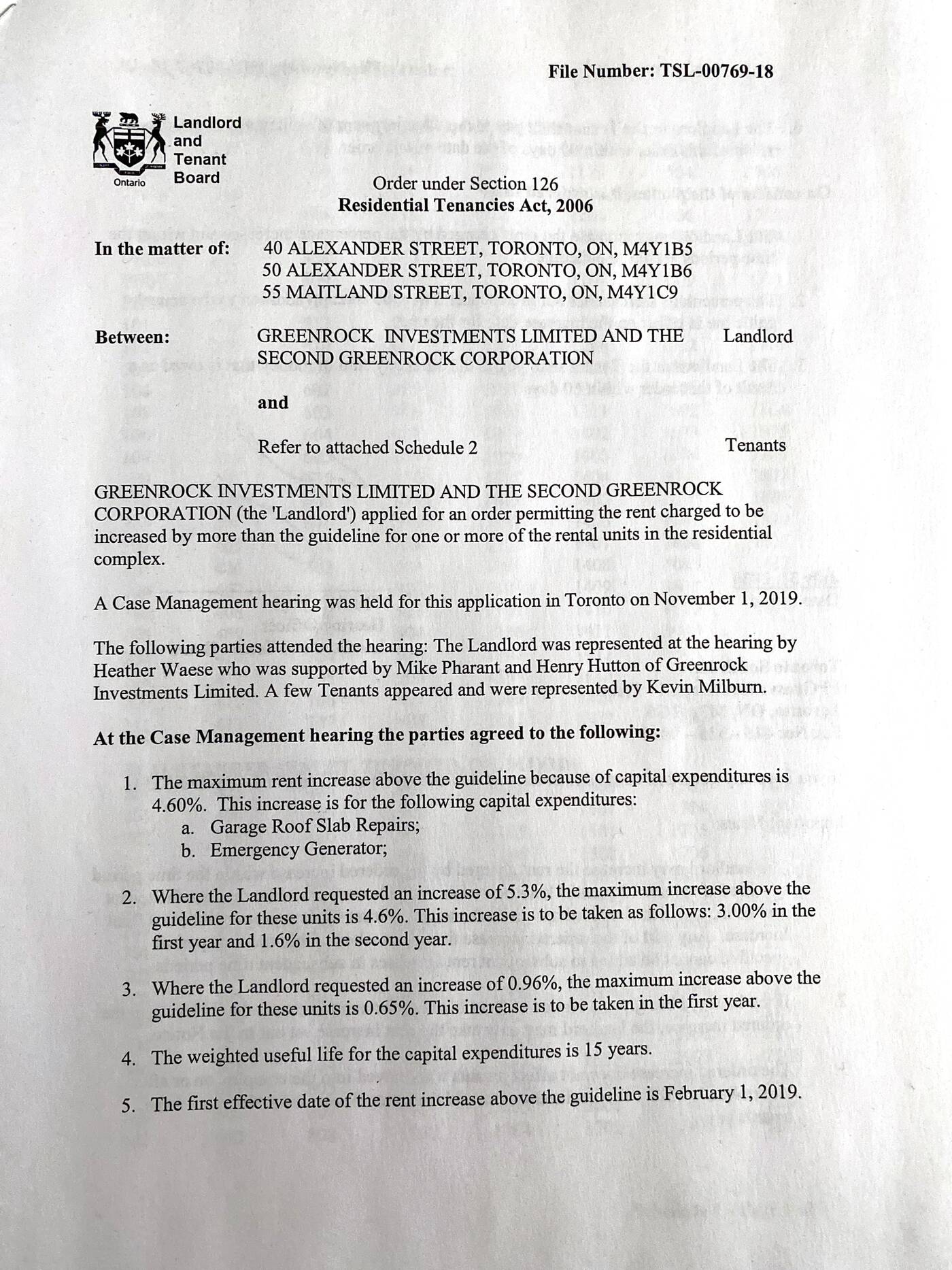 "It’s been pretty awful timing for a lot of people in the buildings," the resident told blogTO.

The resident said he first noticed the charges on his account on Aug. 14 as "an owing balance." 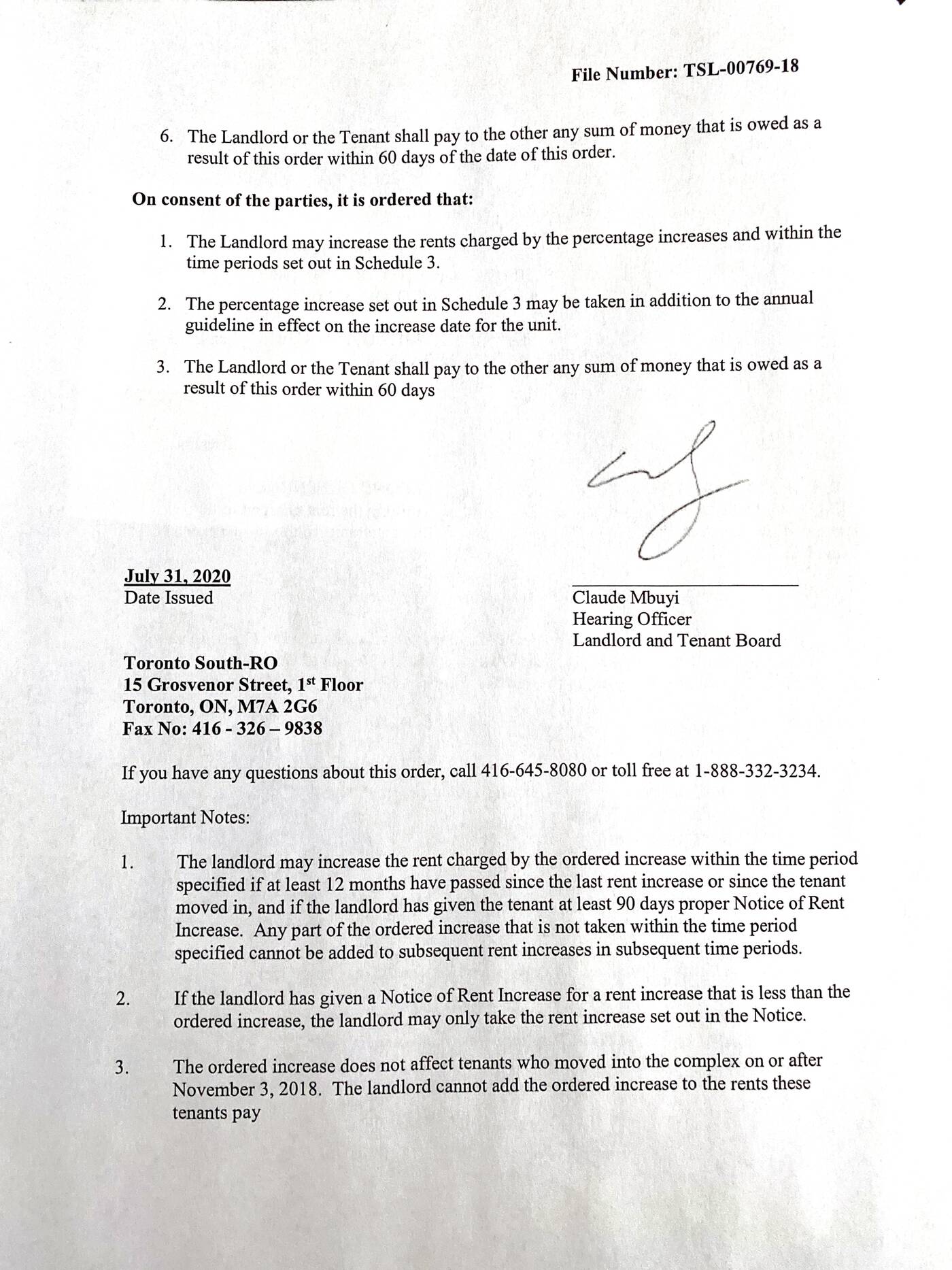 The extra fees were needed to cover costs for repairs to the garage roof and the installation of a new emergency generator, said Greenrock's COO, Justin Taylor, in an email response to blogTO.

More than a year before the pandemic, back in September 2018, Greenrock applied for to the Landlord and Tenant Board (LTB) for an Above-Guideline Rent Increase to cover the costs, said Taylor. After an extensive delay, the LTB notified Greenrock they had approved the increase on July 31, 2020.

"We then notified residents within 14 days of the order, as required by law," Taylor said.

In a board hearing on Oct.28, 2019, Village Green tenant representatives agreed to a 4.60 per cent increase, applied over two years, to help offset a portion of the costs.

Another $1.2 million in common area upgrade costs covered by Greenrock were intentionally excluded from the application, Taylor added.

"We care deeply about our residents and would not want to put them in a difficult position financially, especially during the pandemic," Taylor said.

Village Green residents can continue paying their rent as usual and Greenrock has not yet sent out any "collection-related communications," he said.

The company plans to roll out an interest-free repayment plan for residents.

In the meantime, Greenrock still plans to support residents with initiatives similar to those announced earlier this summer, he said.