An asphalt trail running along the East Don Trail is near completion — part of it, anyway.

After two years of construction, Phase 2 of the East Don Trail will be open to the public sometime this month, says the Toronto and Region Conservation Authority (TRCA).

This phase of the new multi-use path stretches 1.4 kilometres long, and 3-4 metres wide, from the existing East Don Trail.

So I walked from North York Ikea on the East Don Valley trail for the first time, up to Leslie/Steeles (where it ends due to repairs for the continuing trail). Maybe @glennsumi can do that next. pic.twitter.com/VARvHPZJQz

Connected by a new steel bridge, the extension now runs east from Wynford Heights all the way to Wigmore Park on Elvaston Drive.

A total of three permanent bridges now cross over the East Don River as part of Phase 2, including the longest, a 60-metre bridge, that was implemented last year.

East Don Trail's lengthier Phase 1 will span from the Lower Don Trail and down to the Gatineau Trail and anticipated Meadoway, the latter slated to be one of Canada's largest urban linear green spaces at 16-kilometres. 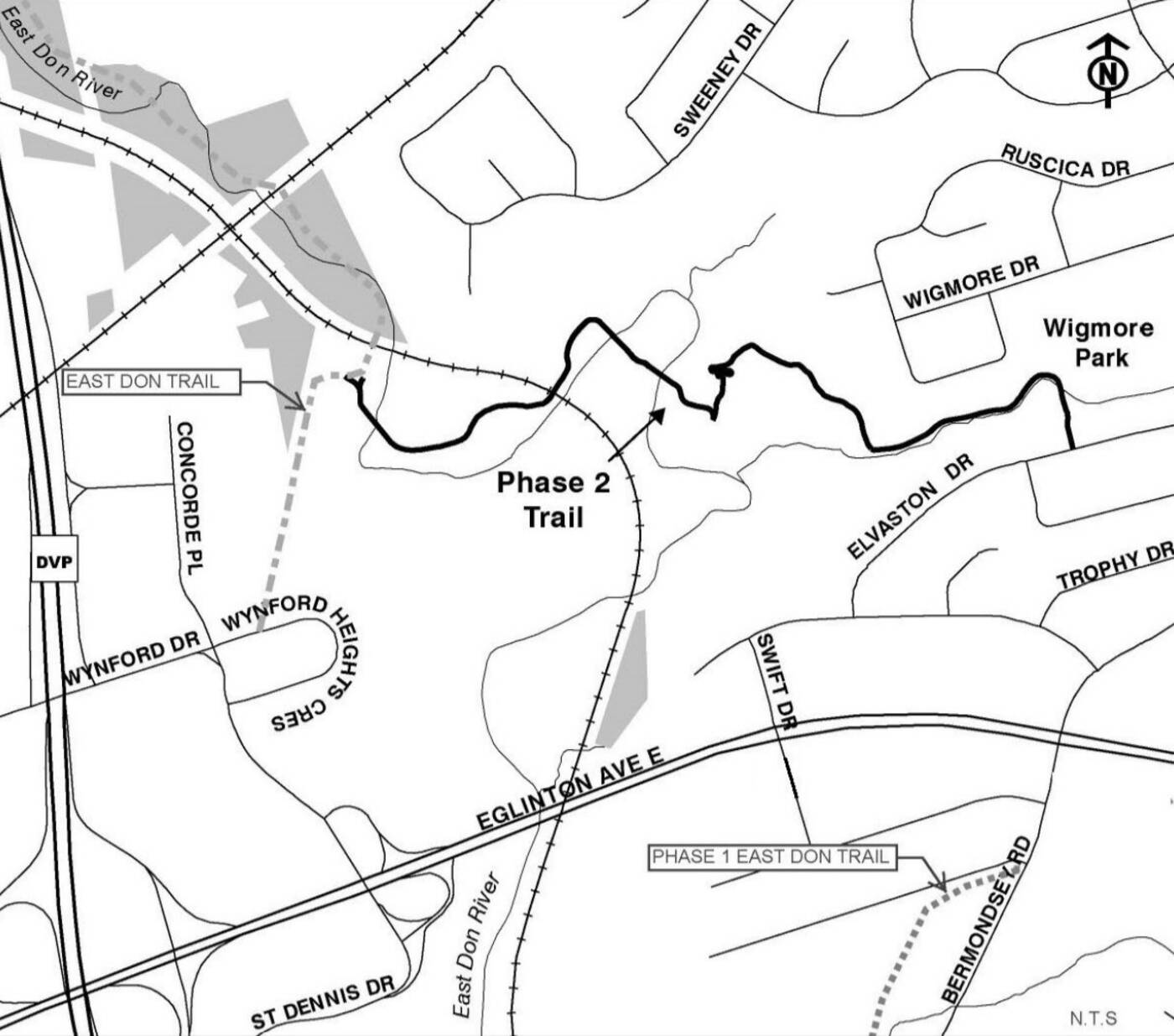 Phase 2 of the East Don Trail will be open to the public sometime this month. Photo via TRCA.

That phase isn't expected to be complete until spring 2021. The finish line also depends on a tentative tunnel and pedestrian overpass been proposed to suspend over the Metrolinx rail line.

Construction on the project has been ongoing since September 2018, following an Environmental Assessment process that implented a new policy: three trees planted for every one removed during construction.

The Federal government has invested up to $11.25 million for the project, with the Toronto government matching that amount.

Just got back from a 3+ hour hike with my team through the East Don River Trail! We know how much you love our ravine, so we trekked through to get to know the trail better and flag potential issues. The ravine is the jewel of #DonValleyNorth and we must preserve its beauty! 🍃 pic.twitter.com/9LlkUv1Ckn

The details of a Phase 3, which will take place on the west side of the Don River, have not yet been announced.

When complete in its entirety, the East Don Trail will be highly beneficial for joggers and cyclists navigating the smaller, eroding paths that exist already in the Don.