Roger Schleimer was stuck with tons of sand after completing a landscaping project, and his wife told him to get rid of it as quickly and efficiently as possible.

So when a friend suggested he post an ad on Kijiji, he decided to give it a shot. But it wasn't until he switched to a funny ad that he actually managed to get rid of the first pile.

"Then we got a more sand (the landscape project continues)," Schleimer said. "My wife told me to get rid of it. I was watching Star Wars and was inspired."

He decided to write up another hilarious ad, this time making it Star Wars-themed complete with photos to match.

"Tatooine Sand for Free get it off my lawn," reads the beginning of the posting.

"Come get a bag of Tatooine Sand you might even find droid parts in it and please Lord Vader. If you get enough of it you can recreate your favourite moments from Star Wars. I'm just a local sand dealer who has too much sand on my lawn." 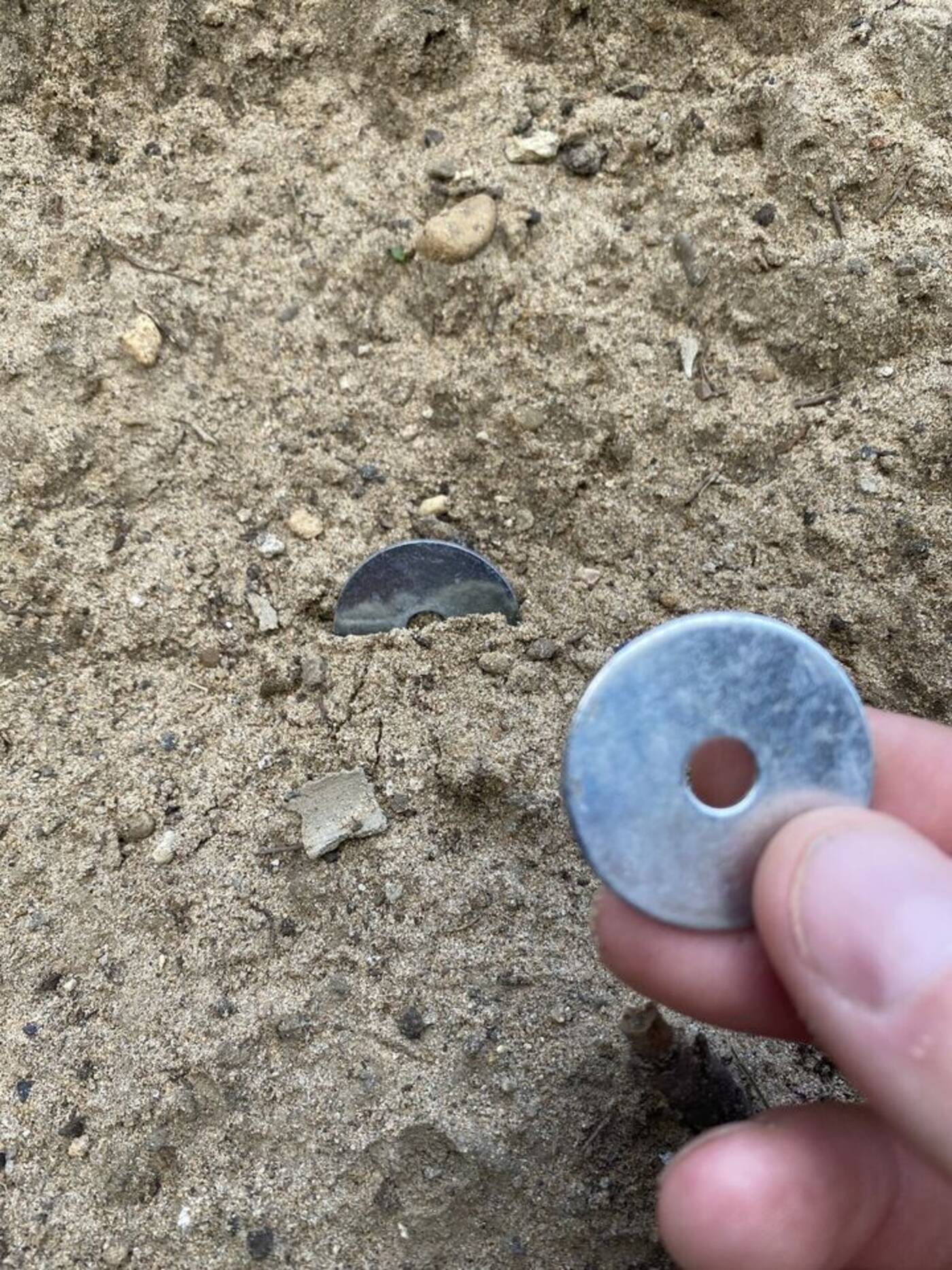 A photo showing "drone parts" in the sand

The ad also includes an offer for a socially distanced photo with "Doug the retired storm trooper."

"My family is big on Cosplay and Star Wars so the costumes we already had," he said.

His ad features suggested uses for the sand for both kids and adults, assuming they like Star Wars, including making a mini sarlacc pit play set using just the sand and some asparagus.

"Maybe your [sic] a scientist and you want to test another worlds [sic] sand," he wrote. "Or just have a jar of sand on your desk and impress your other science dudes with Tatooine Sand."

Hilariously, the ad also includes a disclaimer stating that pretty much everything written about the sand is simply a ploy to get someone to take it off his lawn.

"Ok disclaimer. I'm not really sure it's official Tatooine sand but it's close. I'm also not sure you will find droid parts. But it is free sand on my lawn please take it," Schleimer wrote.

"As for this kids tip this just desperate ploy to get you to come to my house and get this sand off my lawn. Doug the Stormtrooper is just a guy with a stormtrooper mask but he will pose with you if you take some sand. If he is home."

Schleimer said he's had more responses with this new ad than he did with the previous one, and many have also left funny Star Wars comments on the posting.

He added that a few Torontonians have actually come to take some of the sand off his hands while posing for a photo with Doug, proving that a little creativity really does go a long way.