A 30-foot-tall mural may soon put an end to the decades-old debate over what to call the neighbourhood sitting north of Toronto's sandy strip.

Currently being painted on to a wall at Beachwood Flower Shop is a giant mural with big, block letters: Beach. Singular, not plural.

Organized by the Beach Village BIA and the City, the 25-foot-wide piece by Toronto artist Elise Goodhoofd has been underway for more than two weeks and won't be finished until the end of August.

When complete, it will add another tally to the heated, but generally good-natured, disagreement: whether the official name of the neighbourhood encompassing Woodbine, Balmy, Kew, and Scarboro Beaches should be The Beaches or The Beach. 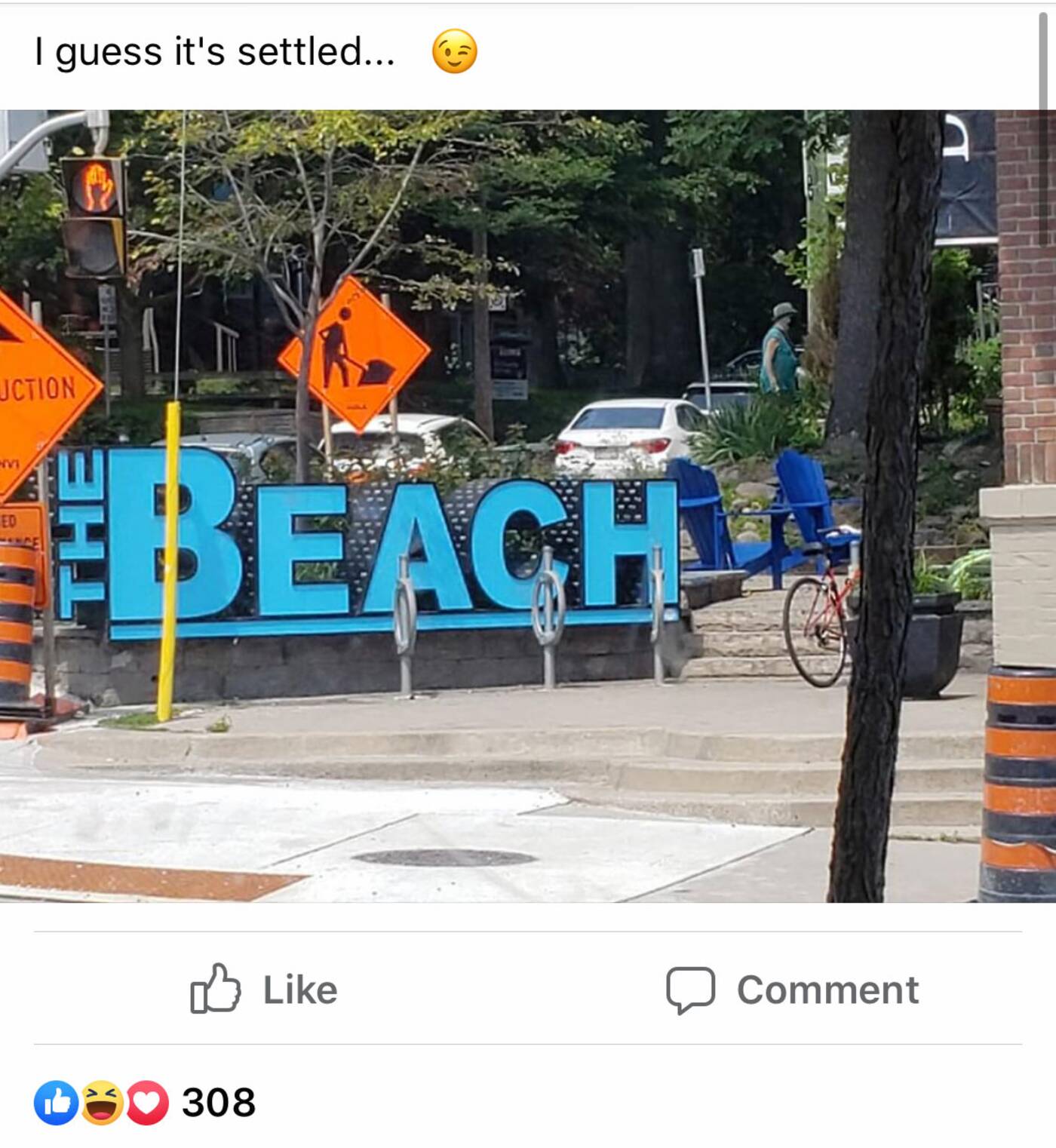 The debate on whether it's The Beach or The Beaches is an ongoing discussion on the neighbourhood's community Facebook group. Photo via Facebook/The Beach(es).

According to a 2006 online poll, The Beach won among residents, but only by a slim margin. It did little for the larger conversation: While the BIA has named itself in the singular fashion, the ward calls itself Beaches-East York on a municipal level.

There's also the The Beaches International Jazz Festival, which weighs pretty heavily on the cultural impact scale. The confusion continues.

But the near-complete mural may even out the argument, and might even work to convert some people — even the artist.

"I personally have always called it 'The Beaches' but after working on the mural I am going to switch to 'The Beach,'" says Goodhoofd.

But ultimately, the importance of the name itself is less important than the area it represents, a neighbourhood Goodhoofd describes as "a place within our city to adventure to."

Debates still happen, in a far less dramatic fashion than the tensions of the 1980s, on the neighbourhood's Facebook community page, The Beach(es).

The completion of the mural may spark a fresh round, though at this point it feels more like kicking at sand.