Heat warning issued for Toronto as humidex soars above 40 C

Temperatures are once again rising in the City of Toronto after a short but lovely stretch of more moderate summer weather — and severe thunderstorms could be the result.

A heat warning is in effect for much of southwestern Ontario right now with highs of up to 33 C forecast throughout the GTA (feeling more like 41 C, thanks to extreme humidity.)

We should see the worst of this wave on Monday, according to meteorologists, though today is also expected to be a scorcher in Toronto.

Environment Canada stated in a weather alert issued early Sunday morning that the "heat event" could persist into Tuesday. 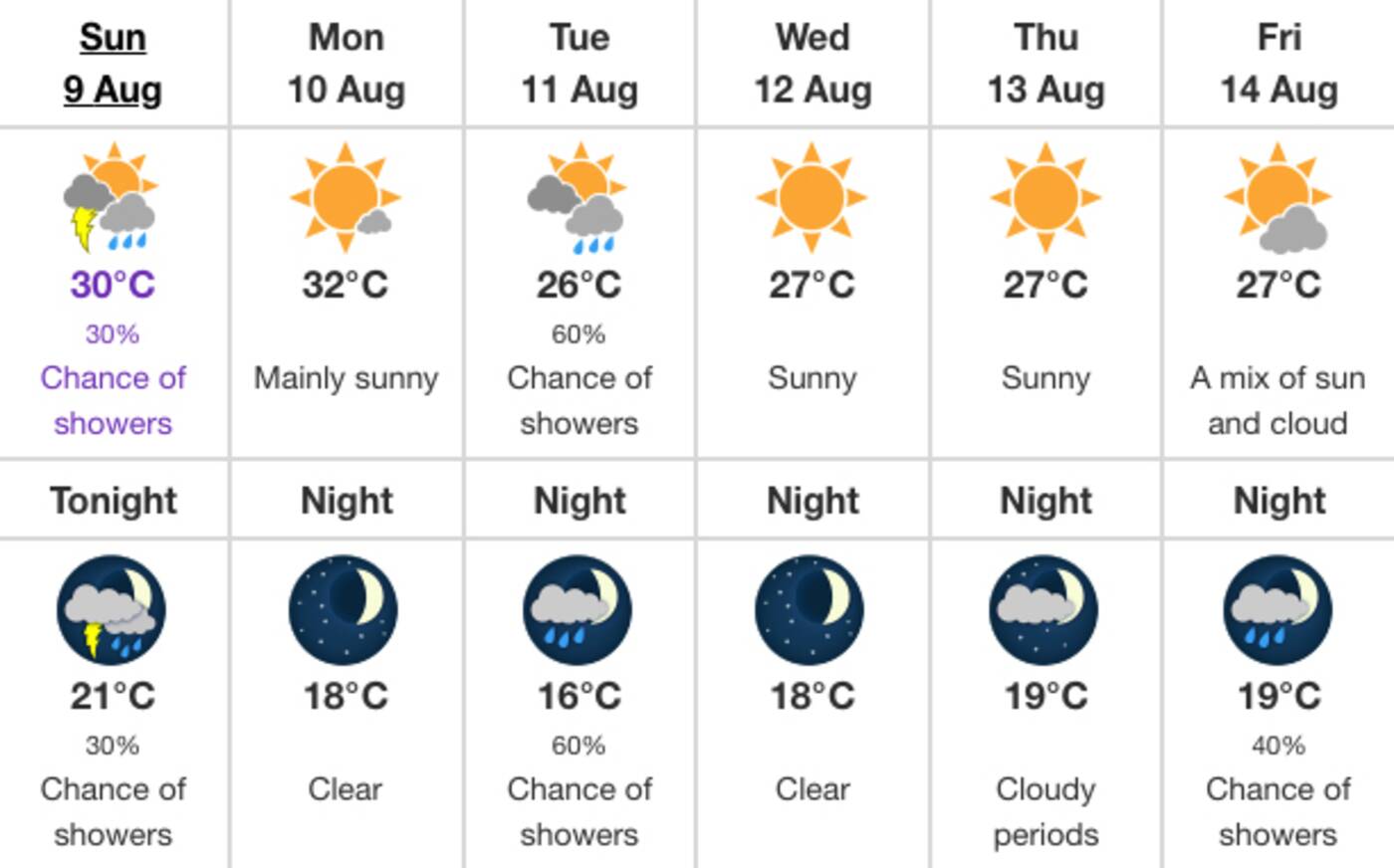 The Weather Network warns similarly that it will feel "closer to 40 than to 30 into the early part of the coming week" and that the humidity brings with it a scattered risk of thunderstorms "with a touch of severe potential for Sunday."

Fortunately, the humidity is expected to have cleared out (for the most part) by Wednesday, bringing temperatures back into the high 20s with "feels like" temperatures closer to 30 C in most parts of the region.

Young children, pregnant women, older adults, people with chronic illnesses, people working or exercising outdoors and anyone else considered to be high risk for heat-related illnesses are advised to stay hydrated, seek shade and take regularly-scheduled breaks in a cool place.