Coworking spaces were given the go-ahead to reopen in Toronto when the city moved into Stage 3.

After being closed for months and now having been open for a week, most of the coworking spaces in Toronto have figured out how to operate in this new world.

When they were closed they had time to prepare and plan for their reopening and now they’re able to put all those plans in action to offer the safest work environments while still making the spaces enjoyable and accessible.

iQ Offices is perhaps the leader of the pack and have implemented new rules and procedures that incorporate screening, sanitation and social distancing. 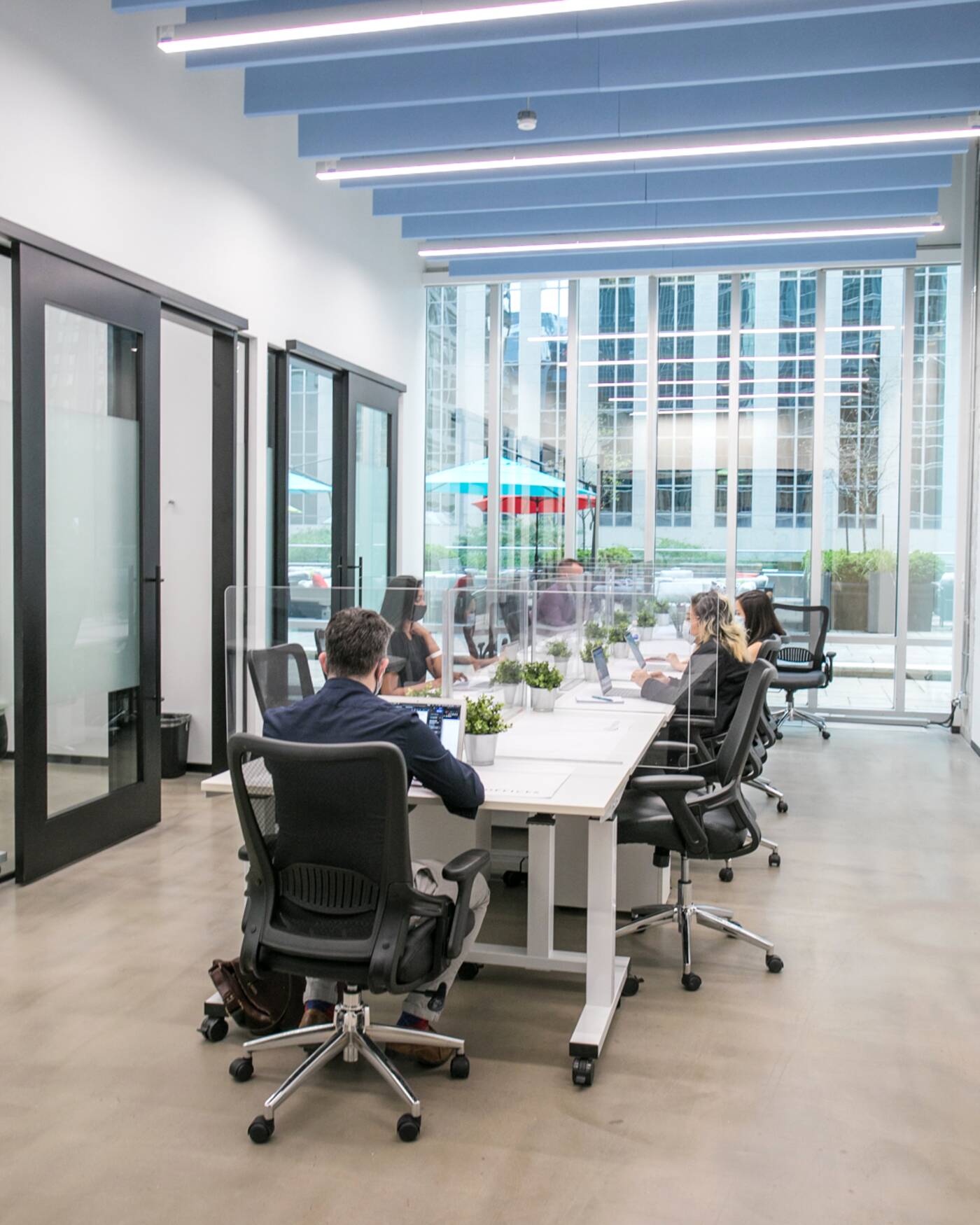 IQ Offices has invested in plenty of plexiglass to separate people working in close proximity.

According to Kane Willmott, the company's co-founder and CEO, their offices have actually remained open during the pandemic for essential services only but starting July 31, they reopened for non-essential services as part of Stage 3.

"We were shut down for the better part of four months," Willmott told blogTO. "In preparation for reopening, we hired an expert called Get Ready. They specialize in virus containment and advise people on how to create safe spaces."

"We have four locations in Toronto as well as locations across the country," he said. "We did individual audits on all of our spaces."

According to Willmott, iQ Offices surveyed both members and staff about whether they wanted to come back to work and what they were looking for in a shared office space environment.

"Over 90 per cent of people said they want to be in the office at least one day a week or more," Willmott said.

"People want to use our office space but they have concerns. We're trying to see what it takes to create a truly safe workspace," he said. 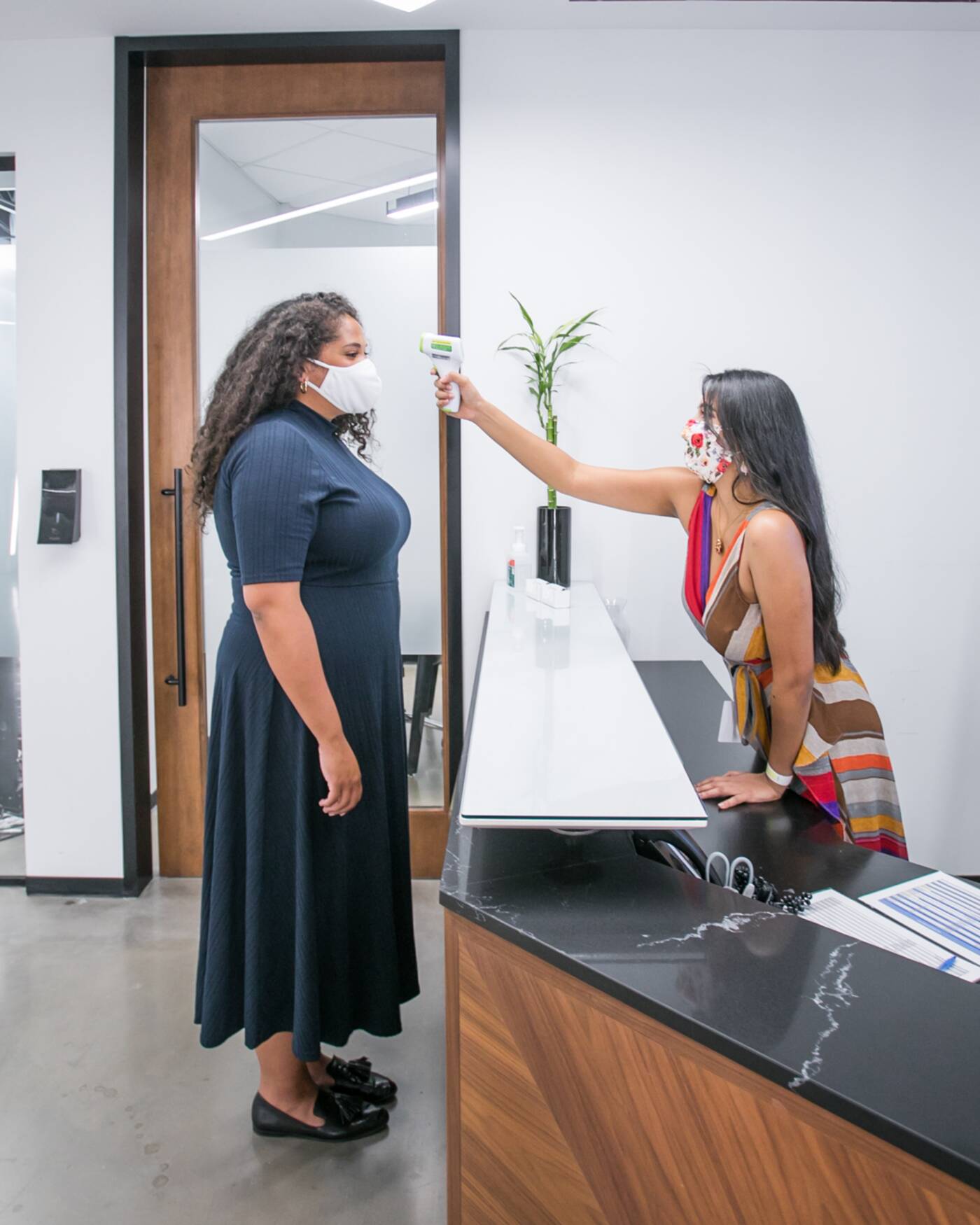 Temperature checks are mandatory when entering the IQ Offices facility.

"We ask questions upon everyone's arrival, we do screening and temperature checks, we installed plexiglass, and we have wristbands that are a different colour every day so we can identify who has been through screening. We also have signage everywhere and have created an extensive Workspace Acclimation Plan."

iQ Offices has also put plexiglass in their spaces so people can be closer together while still remaining safe.

"We have branded directional signage, communication points, and plexiglass," Willmott told blogTO. "We have to look at how we keep everybody safe that still creates a great space in the office — we want to be safe and functional."

"We have implemented masks, temperature screening — an immense level of detail. We really created confidence for people coming to the office."

"The way people work has changed forever - our spaces look different and a lot of these elements are here to stay." 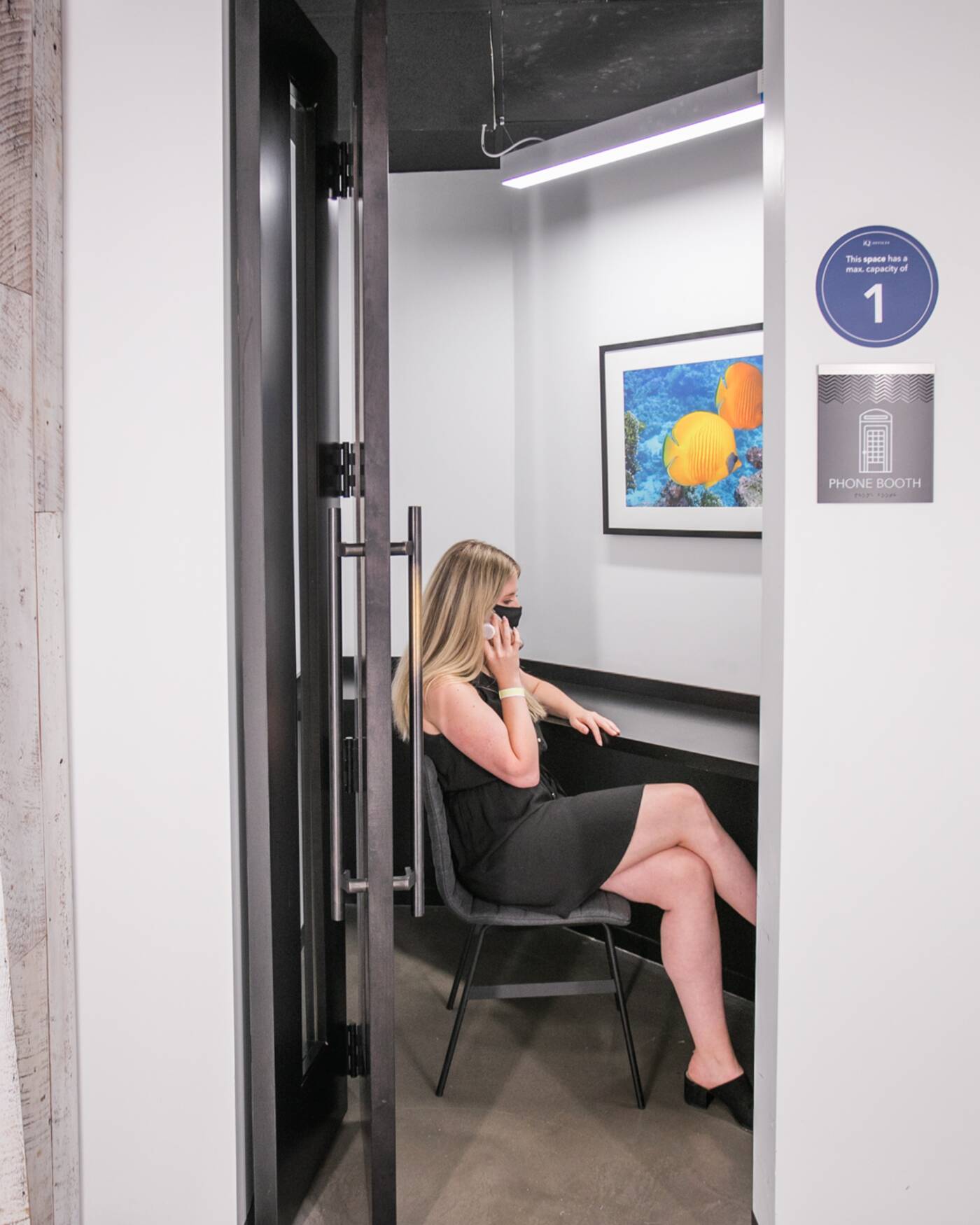 Masks are worn through the IQ Offices facility at 150 King St. West.

Project Spaces, the startup-friendly coworking company with two locations in downtown Toronto is celebrating nine years of business this month.

In an interview with Fuckup Nights Toronto, published as a series of tweets, Project Spaces founders Jeffrey Howard and Neil Martin said they believe that "when the COVID-19 situation improves, people who have been cooped up in their small Toronto apartments will NEED a co-working space as businesses stick to WFH."

Jeff & Neil believe that when the #COVID19 situation improves, people who have been cooped up in their small #Toronto apartments will NEED a co-working space as businesses stick to WFH.

"It's still very early of course, but we think coworking is going to have a big role to play in the future of work, as companies continue to embrace work-from-home and explore more "hybrid" options to keep employees motivated," Martin says.

According to Martin, Project Spaces tweaked their furniture layout to make distancing easier, stocked up on hand sanitizer and complimentary masks, and increased regular cleaning, to make their members feel comfortable and safe about returning.

"But at the end of the day, we know that everyone will be comfortable coming back to our spaces at their own pace. So our mantra has been 'ready when you are,'" Martin told blogTO.

Martin says that shutting down was surreal and in their nine-year history, they've never seen their spaces become ghost towns like they did because of COVID-19.

"As entrepreneurs ourselves, we care deeply about our community and were able to work with each company to offer support in any way we could. We are all in this together. Our members' success is our success," says Martin. 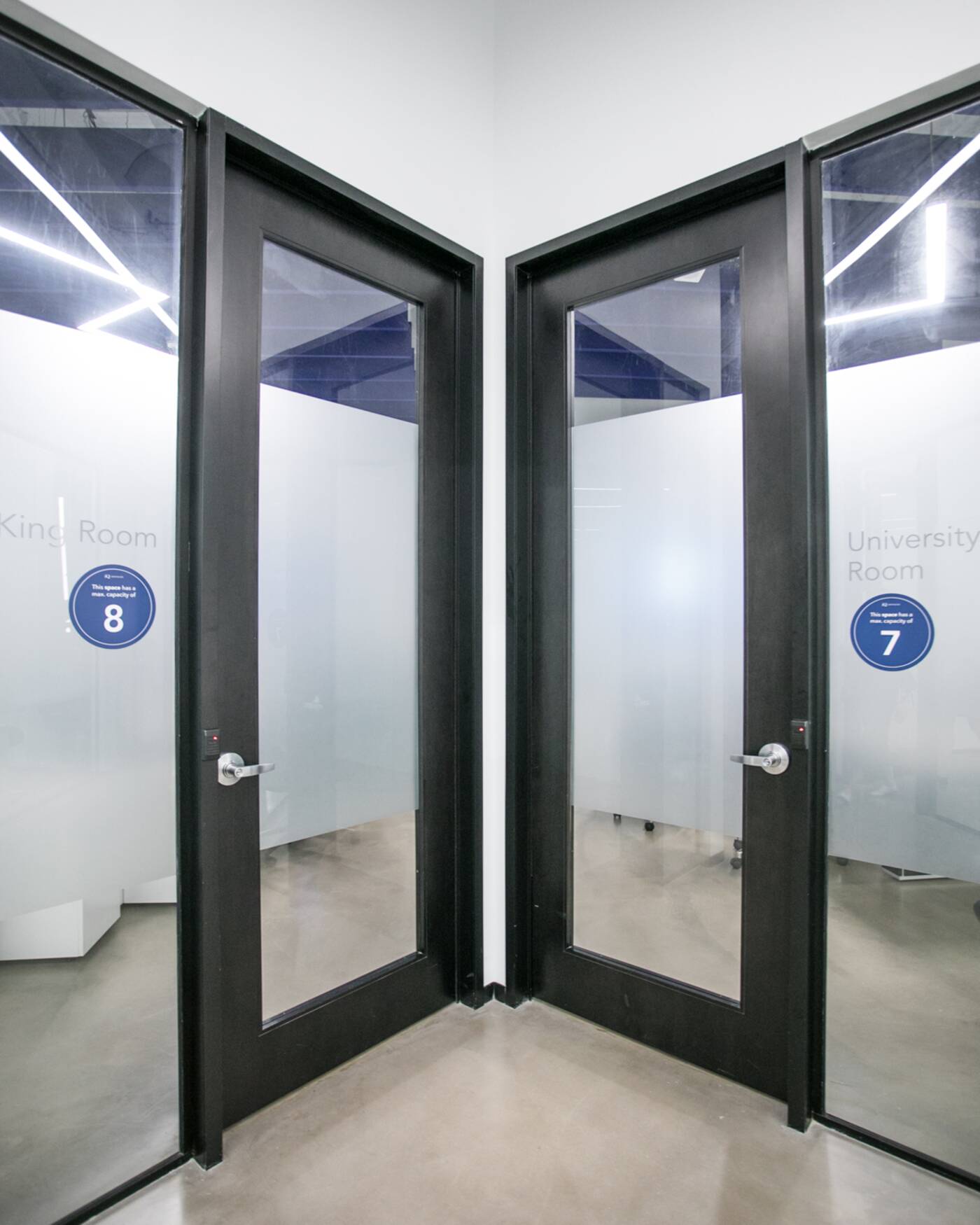 Each room is clearly marked at IQ Offices with the maximum capacity to allow social distancing.

Ultimately, the great thing about Project Spaces is that everything is month-to-month, so companies that were hit hard by the pandemic and needed to end their membership, could do that easily."

WeWork is perhaps the most well-known coworking company in North America and they too had to pivot their business and add some extra safety precautions for their Stage 3 opening.

WeWork has implemented several safety policies and COVID-19 procedures including increased sanitization and behavioural signage  to keep their spaces safe and accessible.

They have also created a set of community wellness guidelines including wearing face coverings, wiping down desks, washing hands often, and reminders to stay home if you're feeling unwell.