A Toronto Facebook group is unravelling in real time as members and admin go head-to-head over posts about anti-Black racism.

The community group I am a Leslevillian! (IAAL), which is dedicated to residents and affiliates of Toronto's Leslieville neighbourhood, is now in shambles after members accused administrator Jason Davie of censoring posts that showed support for Black Lives Matter.

A number of posts regarding BLM and solidarity with the Black community were deleted by Davie earlier today on the basis that the content was 'too political' for the community group, which has over 14,000 followers.

Some allege that a couple members were even removed from the group for posting the content.

IAAL's discussion page, which has since been flooded with more posts on the issue, shows a marked divide between members who think conversations about anti-Black racism can and should be had anywhere, and those who think the group should stick to topics like local businesses and raccoon encounters.

Davies issued a statement following the first wave of criticism Tuesday afternoon, stating that he had been threatened over Facebook this morning.

"I stand against racism. There are so many posts up and have not been deleted," he wrote in a post where comments have been disabled.

"If you don't like how I moderate you can leave. I have had many messages of support. Again we are not a political page and I will not stand for being called a racist or enabler. I am turning off comments. [Please] play nice."

Hours after the statement, the Internet chorus continues, with people announcing their departure from the group. 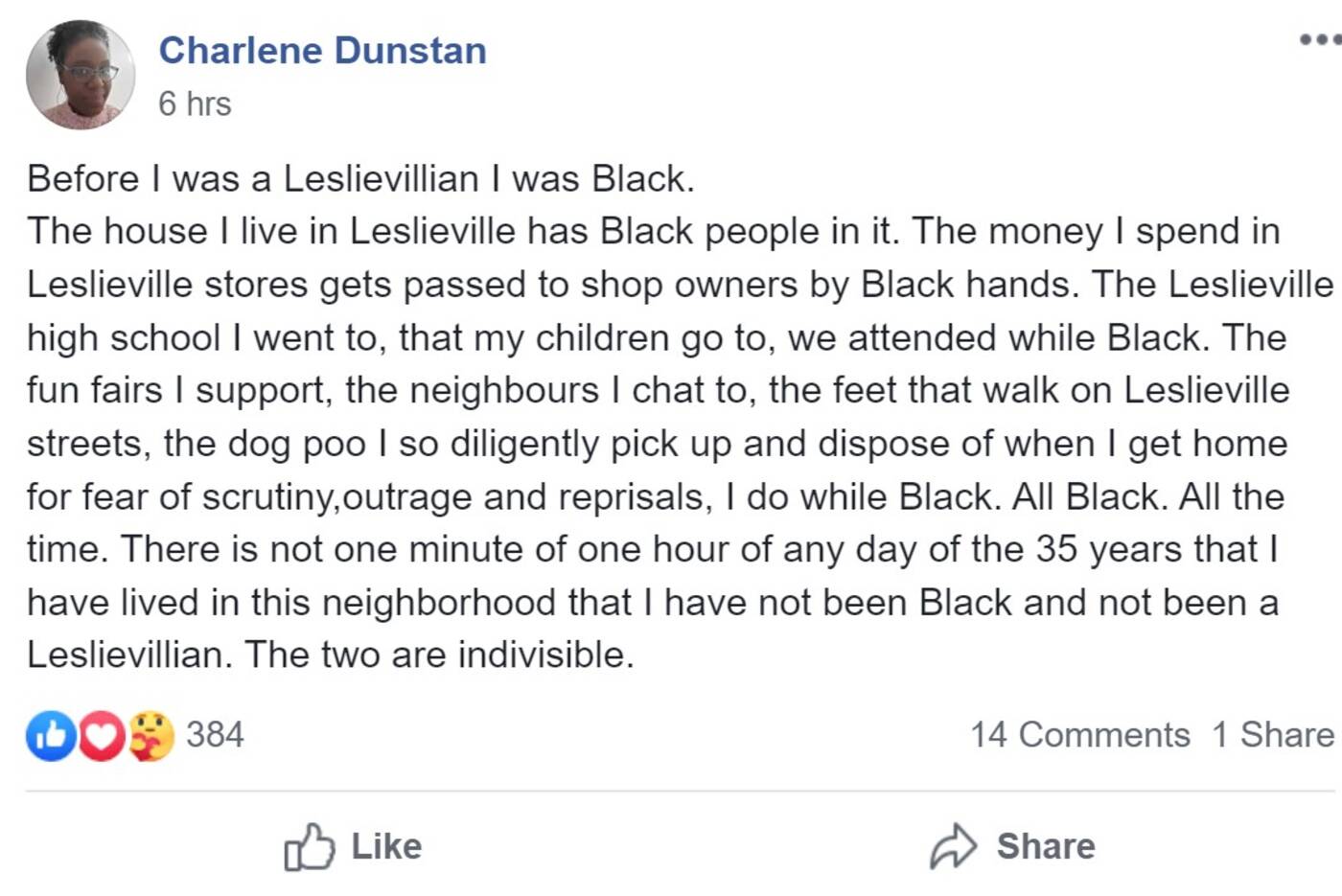 Leslieville resident Charlene Dunstan shared a powerful anecdote of her lived Black experience in the neighbourhood in the IAAL group.

Black residents of Leslieville (a neighbourhood which, over the years, has quickly transformed from a mostly industrial area into a hotspot for brunch and stroller dates) are now voicing their concern over some of the group's responses.

"I respect that this is a neighbourhood group but these issues affect people living here and I for one would appreciate thoughtful statements and ideas from what is a predominantly white neighbourhood of support for BLM," said one resident.

"That would help me, personally, feel safer and supported in this neighbourhood. Silence, as many have written, can be read as complicity with the status quo, and many of us don't have the option (ahem, privilege) to 'ignore politics' when those politics are life threatening." 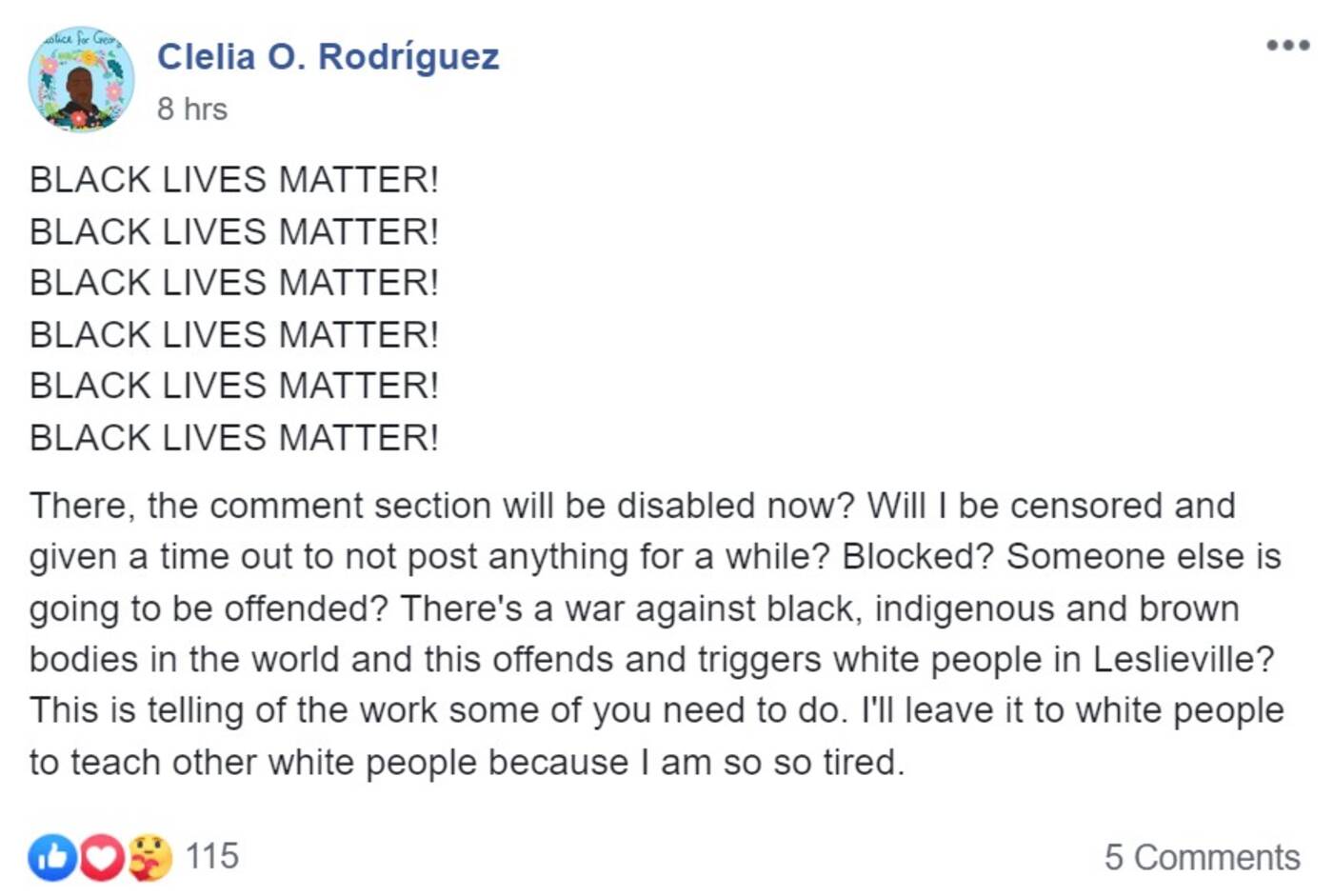 Some members were outraged after comments showing support for BLM were deleted or disabled.

The divide is such that an offshoot Facebook group called Leslieville Collective was formed.

"For anyone feeling off-put by the censorship and moderating practices going on today, I've created a safe space for our community," wrote group admin Keegan Wiebe.

"I do know Jason and respect him a ton as a person, but I don't support the moderation that has gone on today, or in similar situations in the past."

Davie could not be reached for comment, but as per his multiple replies to comments on IAAL's page, it appears more than 600 members have taken his "don't like it, then leave it" advice.