Police just made the largest fentanyl bust in Ontario history

Ontario Provincial Police, Toronto Police and officers from the Peel, Durham, York and Halton regions have retrieved literal bucketloads of illegal drugs as part of what they're calling "the largest seizure of fentanyl by law enforcement in Ontario."

Jaw-dropping images from the bust, released by the OPP Thursday morning, show only a fraction of what was found by officers executing five search warrants at local properties suspected to be production facilities late last month.

Between four sites in Burlington and one in Oakville, investigators with the Methamphetamine & Synthetic Drug Production Taskforce found the following on May 30:

Three men — one from Toronto and two from Burlington — have been arrested so far in relation to the raids. Halid Sefic, 30, Edin Sefic, 34, and Richard Atanasoff, 56, face mulitple charges each under the federal Controlled Drugs and Substances Act.

Ontario Provincial Police say that the suspects had been "producing fentanyl pills that were counterfeit replicas of legitimate Teva‐Oxycocet 5mg/325mg pills" and trafficking them in both Ontario and B.C.

"It is important to note that Teva Canada collaborates with law enforcement agencies and regulatory authorities to identify counterfeit medication and to protect patients by removing dangerous forgeries from our communities," reads a news release issued by the OPP on Thursday.

The release also included a full list of "indicators of a synthetic drug production site" and asked members of the public to report any such activity to local law enforcement. 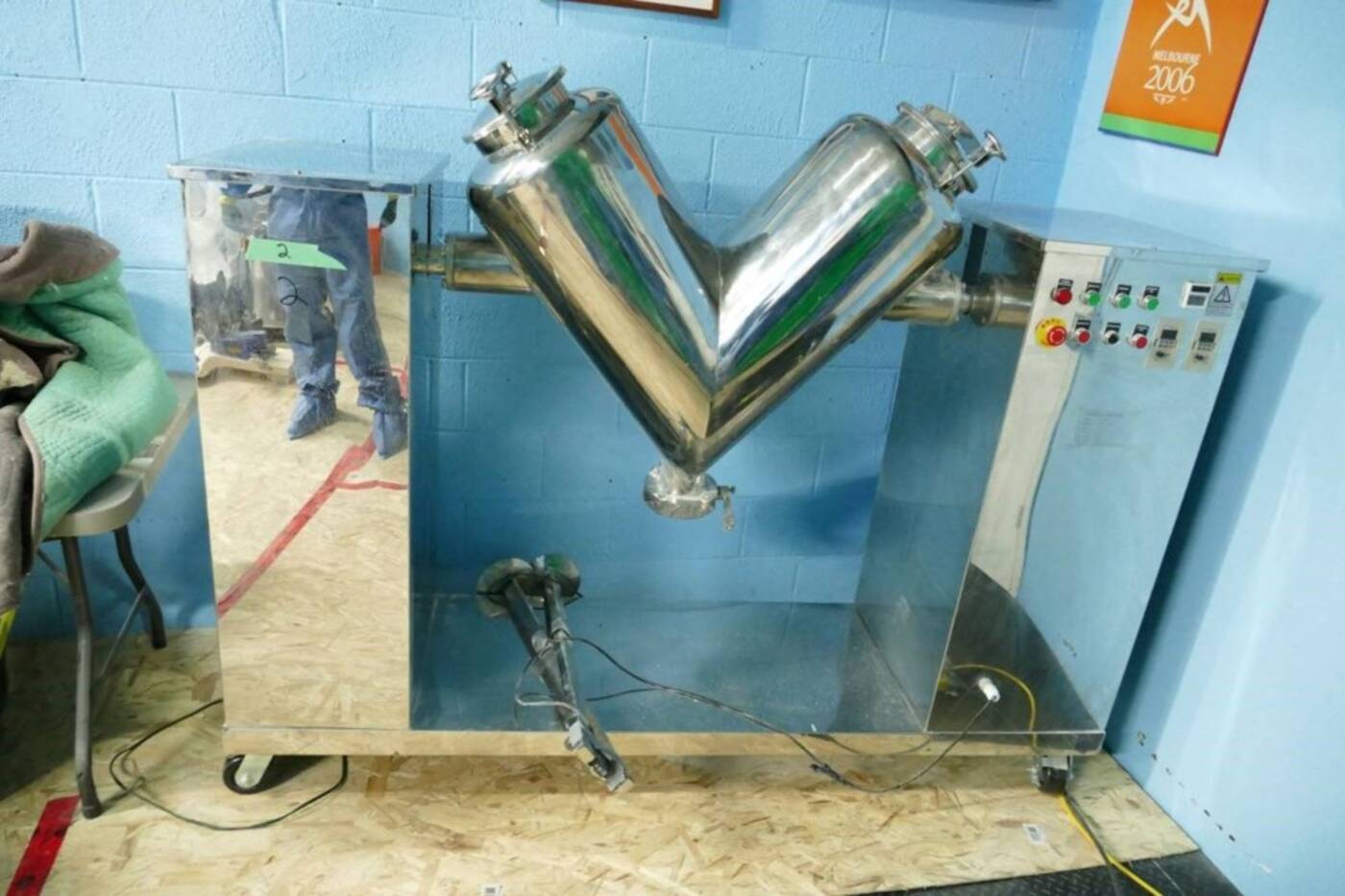 OPP investigators say that suspicious behaviour and "odd items" like this commercial mixture being brought into buildings may indicate the existence of a synthetic drug lab. Image via OPP.

Police say this large-scale fake fentanyl operation first came onto their radars in April of 2020 while they were investigating a suspected network of methamphetamine labs.

Evidence obtained through "Project JAVELIN," as the investigation was called, suggested that it was actually "a fentanyl tableting operation" that police were dealing with.

Police say a large quantity of counterfeit medication from the Burlington facilities were seized in B.C. on May 27, leading to similar enforcement action in Ontario.

"The OPP consistently works in partnership with the pharmaceutical industry in relation to any suspected counterfeit medications encountered throughout our major projects and investigations," said Detective Inspector Jim Walker of the OPP Organized Crime Enforcement Bureau in regards to the record-breaking bust.

"The creation of the Methamphetamine & Synthetic Drug Production Taskforce allows for seamless collaboration targeting criminal organizations responsible for the production of these dangerous drugs regardless of their location."