Before the ongoing pandemic mandated a province-wide stage of emergency, Toronto's public transit system moved an average of 1.8 million people per day between their homes, schools, social events and places of work.

TTC ridership has dwindled significantly since March, down a whopping 86 per cent on average in light of government closure orders that effectively turned most daily office commuters into work-from-home employees and left tens of thousands in the hospitality industry without jobs to attend at all.

The public transit agency predicts that ridership should return to between 30 and 60 per cent of pre-COVID levels by fall, when students go back to school and offices reopen to their workers.

Much of this depends on how fast the province moves forward with its reopening plans, but the attitudes and perceptions of customers will also factor into the TTC's ability to bounce back.

The results of a survey referenced in a report set to go before the transit agency's Board on Wednesday show that some 10 per cent of all previous passengers never want to ride a TTC vehicle again once pandemic measures are lifted. 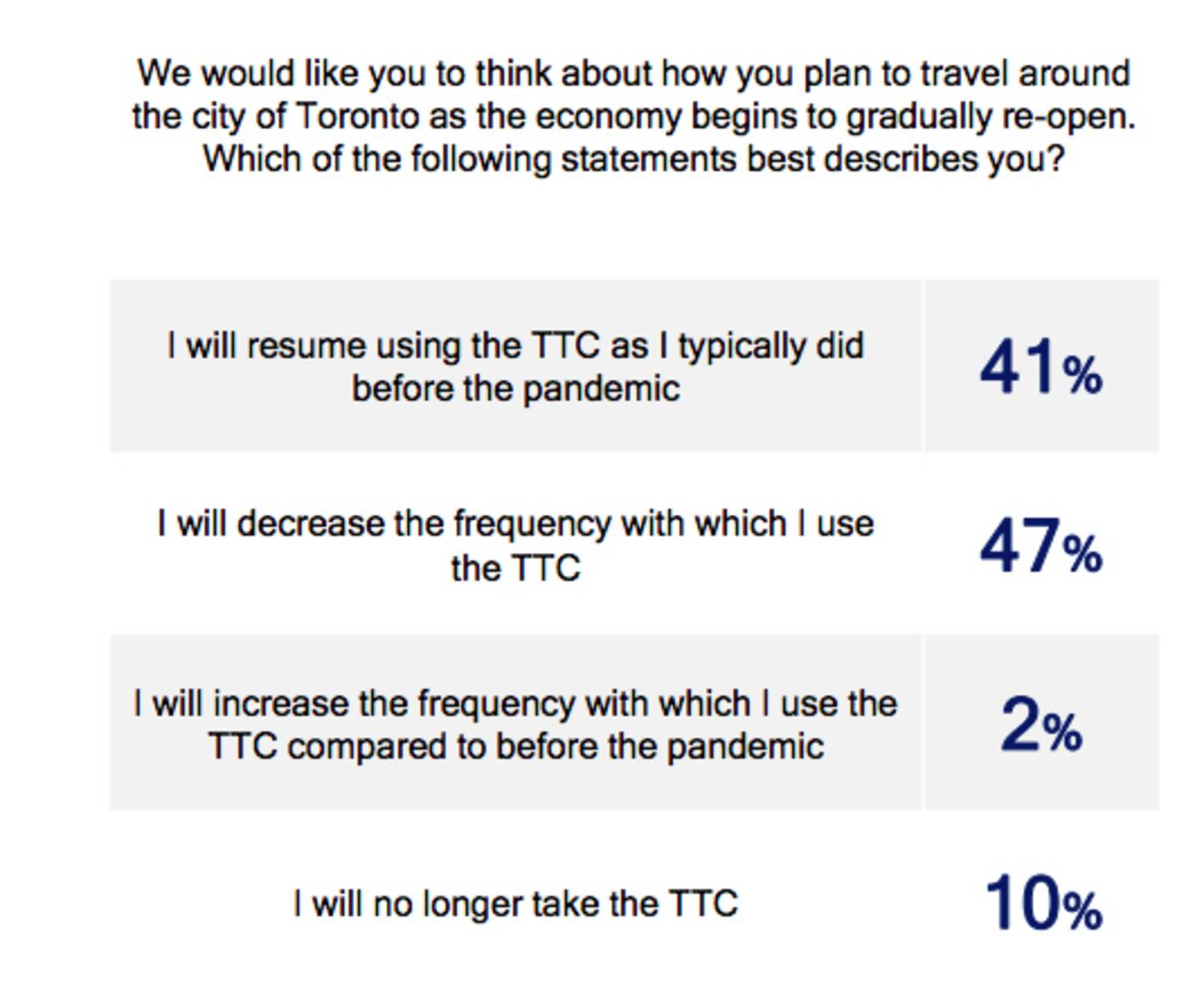 A survey of more than 2,000 TTC riders suggests that as many as 10 per cent will no longer take the public transit service at all once Ontario reopens completely. Image via Toronto Transit Commission.

Another 47 per cent of TTC customers say they'll make use of the service less than they did before, while 41 per cent said they'll resume taking TTC buses, subways and streetcars at the same rate they did prior to the state of emergency.

"The TTC has been actively monitoring the concerns and expectations of our customers," reads the commission's "COVID-19 – Transitioning from Response to Restart and Recovery" report.

"This has taken place through the usual channels for customer feedback (e.g. TTC Customer Service Centre, social media). The TTC has also participated in the design of several surveys, including those undertaken by the University of Toronto and the City of Toronto, which have sought to understand and define changes in travel patterns during the pandemic."

The agency learned the following through a series of customer surveys conducted with Environics Research over the past three months, in addition to the figures cited above:. 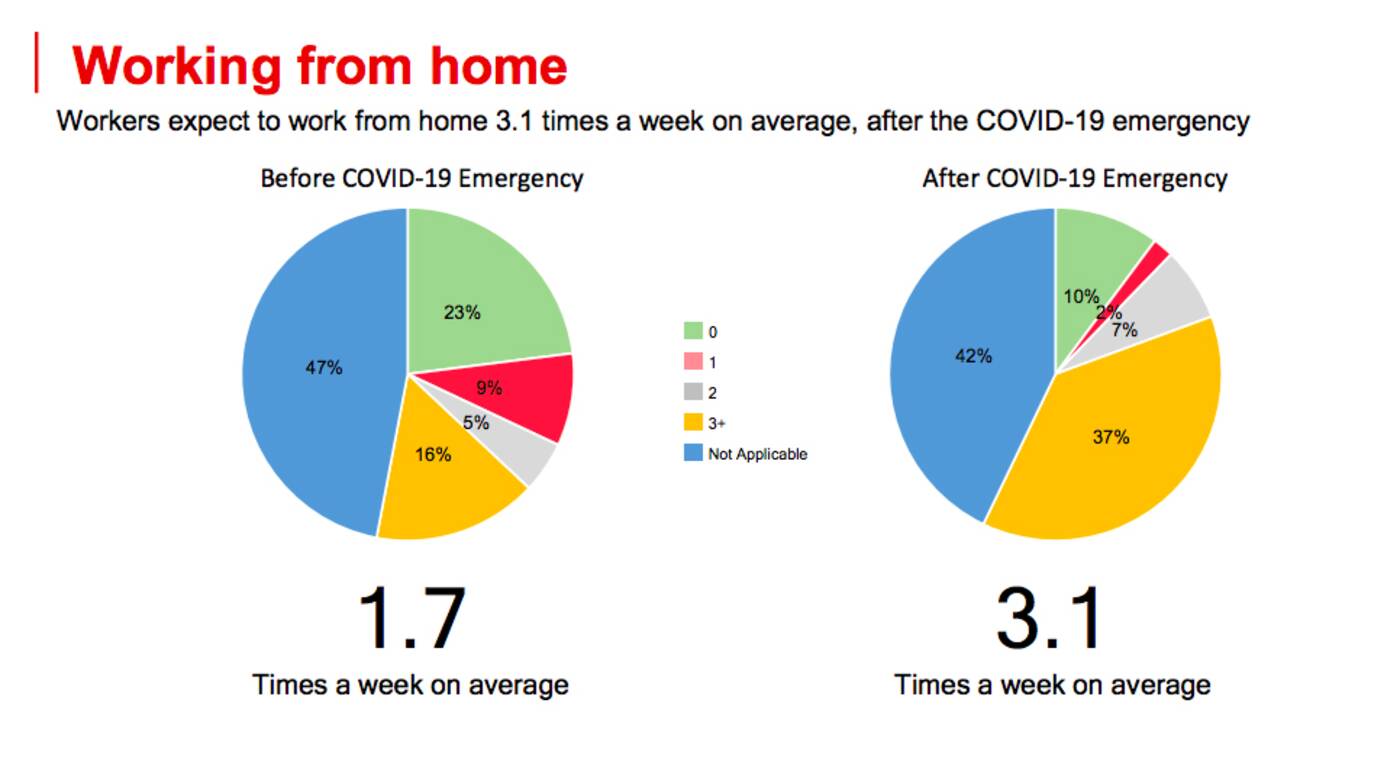 More Toronto workers expect to conduct their jobs from home after the pandemic is over, up from an average of 1.7 times per week to 3.1 times per week. Image via Toronto Transit Commission.

Among the roughly 2,000 TTC customers over 15 years of age surveyed, just over 31 per cent say they've stopped taking the public transit system completely since mid-March, when the emergency was declared.

Roughly the same proportion of people indicated that they expect to work from home more often in the future, which could lighten the rush hour commuter load significantly this fall and winter.

The 10 per cent of former riders who said they'd never return to the TTC were found to be less-frequent passengers than the average population, with 51 per cent of them "riding only once every few months prior to COVID-19."

There's hope for a return to (a new normal) yet, however: Nearly 60 per cent of those who've vowed to abstain from the TTC once Ontario reopens said they would be open to reconsidering in the long term under "certain circumstances," such as the availability of a COVID-19 vaccine.

Regardless of how much ridership increases once the pandemic is over, the TTC estimates that it will have lost between $463 million and $600 million by the end of 2020 due to the pandemic.