In the wake of the pandemic, Canada's unemployment rate is at a record high of 13 per cent, with three million of jobs lost over March and April (on top of the many more that saw a reduction in hours).

The numbers for Toronto specifically aren't any less bleak, with 113,900 jobs lost in April alone and unemployment sinking to a low not seen since 2014, when the city's population was 100,000 fewer, as noted by journalist Matt Elliott in his City Hall Watcher newsletter based on City of Toronto stats.

This brings the city's seasonally adjusted unemployment rate up to 10 per cent, which is over 6 per cent more than it was at the same time last year and the highest it has been in more than a decade. 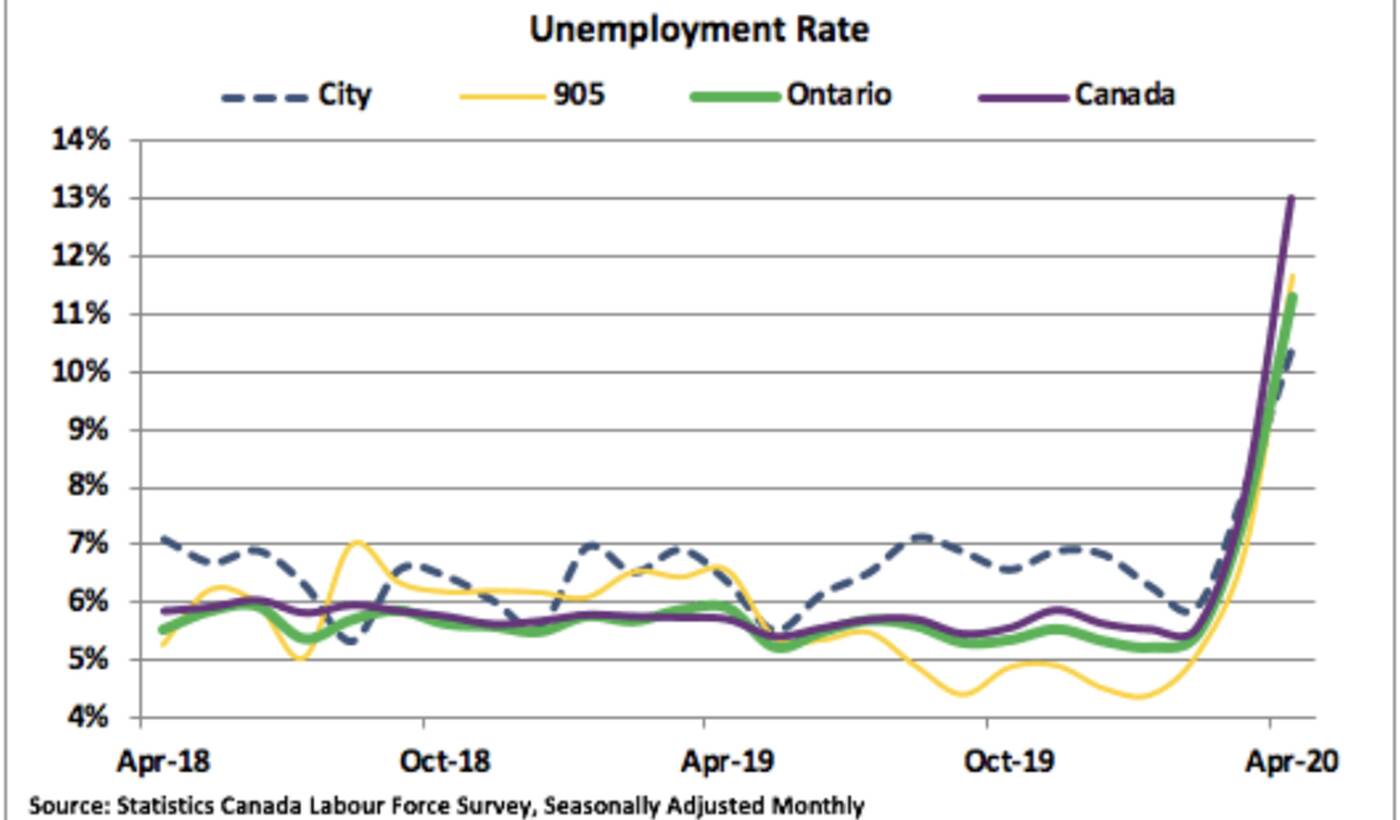 The participation rate — that is, the proportion of people currently working or actively looking for work — has also fallen seven points to  58 per cent.

Workers in the GTA outside of Toronto have been hit even harder, with nearly 200,000 jobs lost, though the participation rate there is a marginally higher 61 per cent. 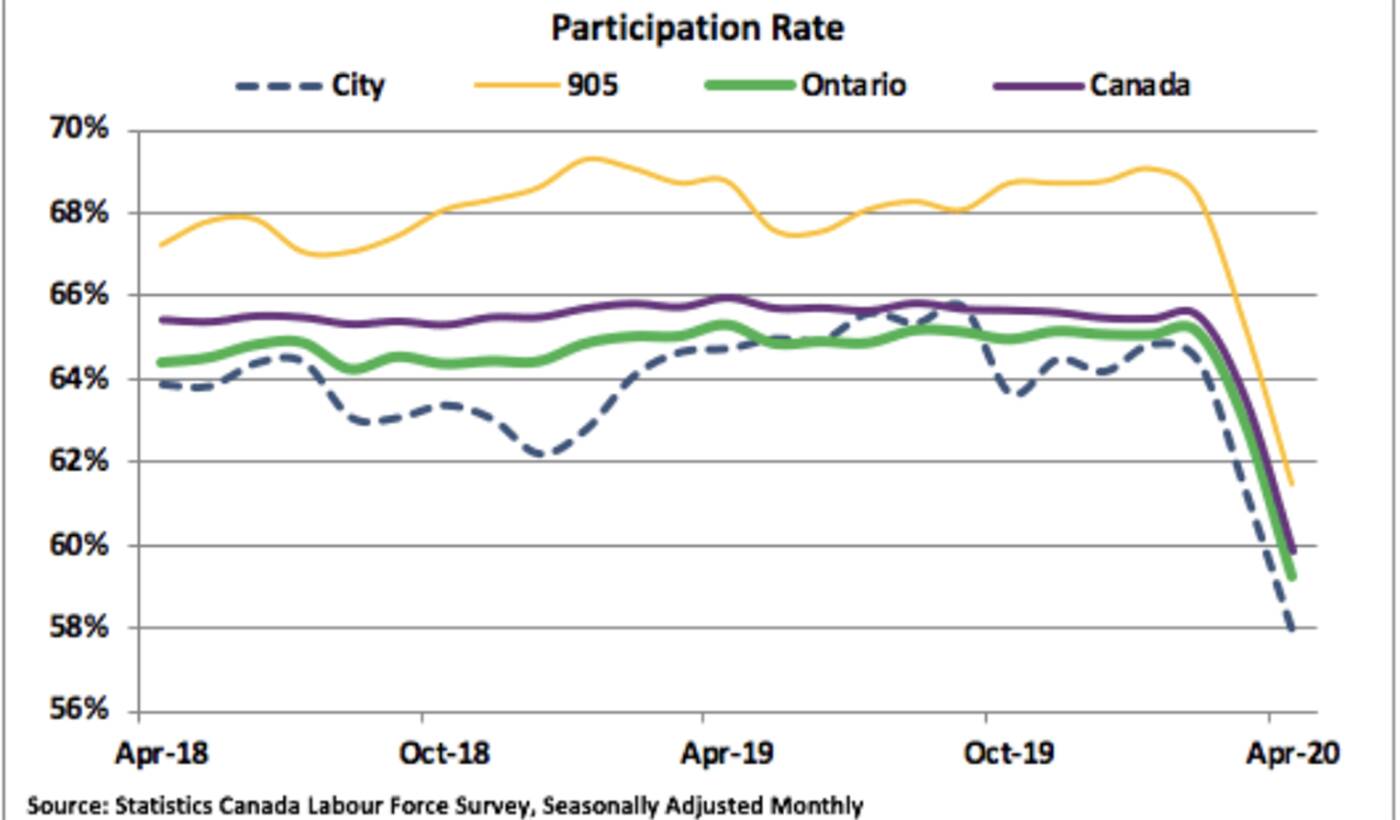 But, in other job data, the average hourly wage across the city has actually increased by three dollars — but unfortunately, this is not a positive thing.

Though hazard pay raises are a small part of the picture, the reality is that those who were working lower-wage positions before the health crisis hit have been disproportionately impacted, while a larger segment of residents in higher-paying positions were able to work from home and keep their jobs.

But, that will likely change as things like retail stores and other types of businesses in Ontario resume near-normal operations. 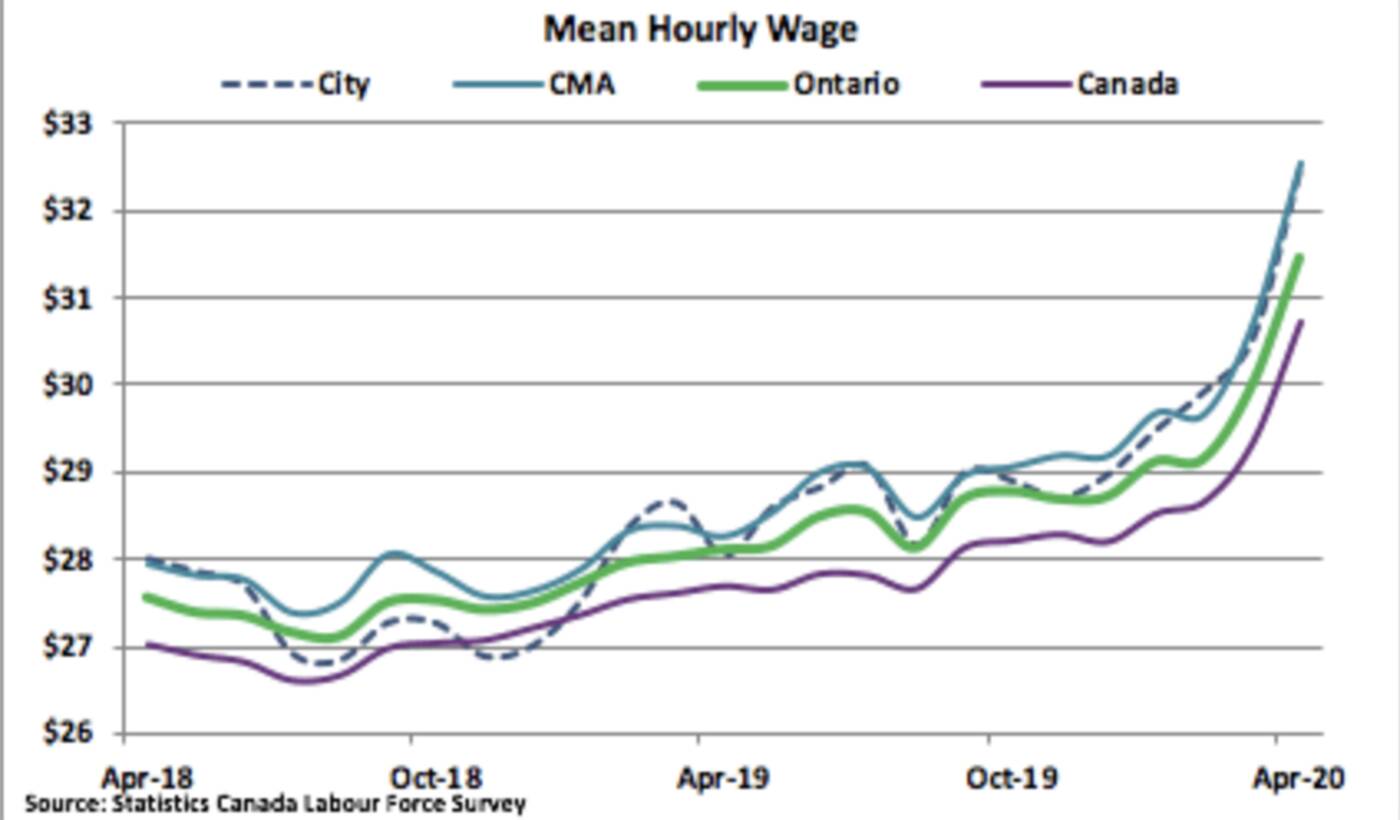 With the Canadian GDP down, a recession looming and more than eight million citizens receiving the Canada Emergency Response Benefit (CERB) in lieu of working, hopefully as things slowly start to reopen across the country, more and more people will be able to get back to work — and forecasts say that the city will be faring much better economically by the end of this year.