This is what one-way sidewalks could look like in Toronto

Ideas of how to deal with the fact that many of Toronto's downtown sidewalks are too narrow for social distancing have been floating around for weeks now. And one of the more recent ones — highlighted by Mayor John Tory himself — suggests making some city sidewalks one-way.

Tory revealed the idea in an interview with CP24 Monday, and a team of Canadian traffic and transportation engineers and urban designers took and ran with it.

Naama Blonder, an architect and urban designer based in Toronto, worked with transportation engineers from Trans-Plan and urban designers from Smart Density to create a new plan called #ShareTheRight - A Plan for Urban Movement.

"Our urban road scape was built-in normal times, and we have a temporary new normal that needs to be created," Blonder said.

"#ShareTheRight is easily implementable for re-imagining pedestrian and vehicular movement."

The plan suggests introducing one-way sidewalks and aisles inside essential businesses for pedestrians; yielding a lane for pedestrians, transit stops and deliveries; sidewalk designations for safe lineups and a shared lane for vehicles and cyclists.

Blonder and her team developed a rendering to demonstrate exactly how this would work if implemented, and she shared the photo on Twitter earlier today.

The team also developed a colour-coded plan that clearly indicates how the roads would be shared in such a scenario. 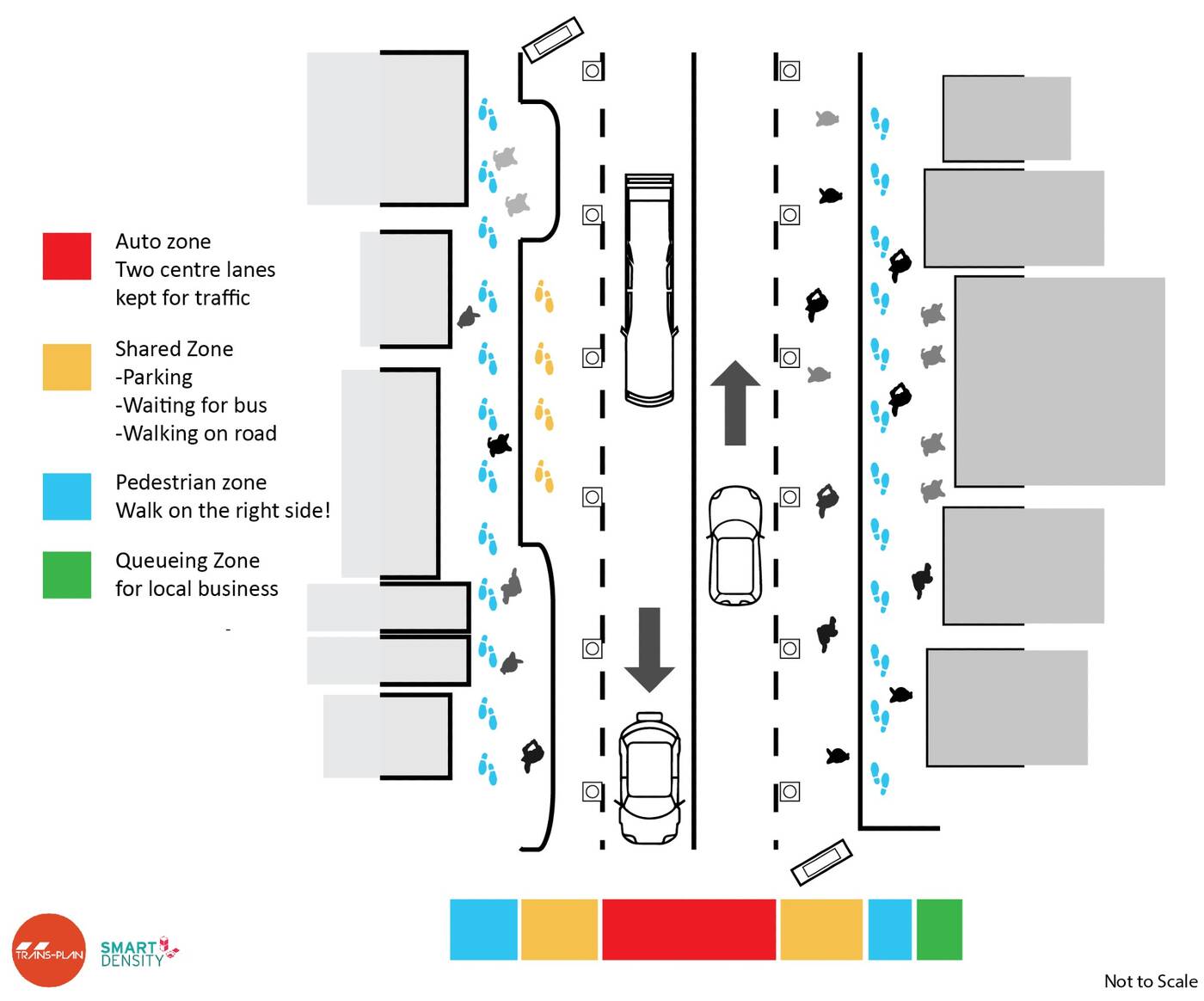 The plan includes designated areas for traffic, parking, those who are waiting for public transit, pedestrians, a queuing zone for local businesses and buses.

And while many have suggested closing some downtown streets to cars altogether in order to allow pedestrians to spread out, Blonder says that simply isn't the answer.

"Our city streets are foundational to the connectivity of Toronto. By adjusting key functional components of our streets within the City of Toronto, we not only respond to the new pressures due to physical distancing and limited movement, but we further mitigate the risk of necessary movements. Essential businesses require deliveries and workers still need to move to and from their workplaces," she said.

"Our #ShareTheRight plan is dynamic to accommodate different densities, such as residential vs arterial roads. Multiple roadway interventions are possible, and no major new infrastructure is required," she continued.

"Much like the success of the King Street Pilot Project, our #ShareTheRight plan uses urban savvy. During the COVID emergency, it permits safe physical distancing while allowing the essential business of the city to continue."