This is what it looks like along Toronto's waterfront right now

We're already a week into spring, but you may not have noticed with the ongoing COVID-19 pandemic that's turned Toronto's most popular destinations for a sunny day walk into empty grounds.

That being said, Toronto's scenic Harbourfront, which is usually bustling with cyclists, runners, and pedestrians taking in the vistas of Lake Ontario, is still relatively busy. 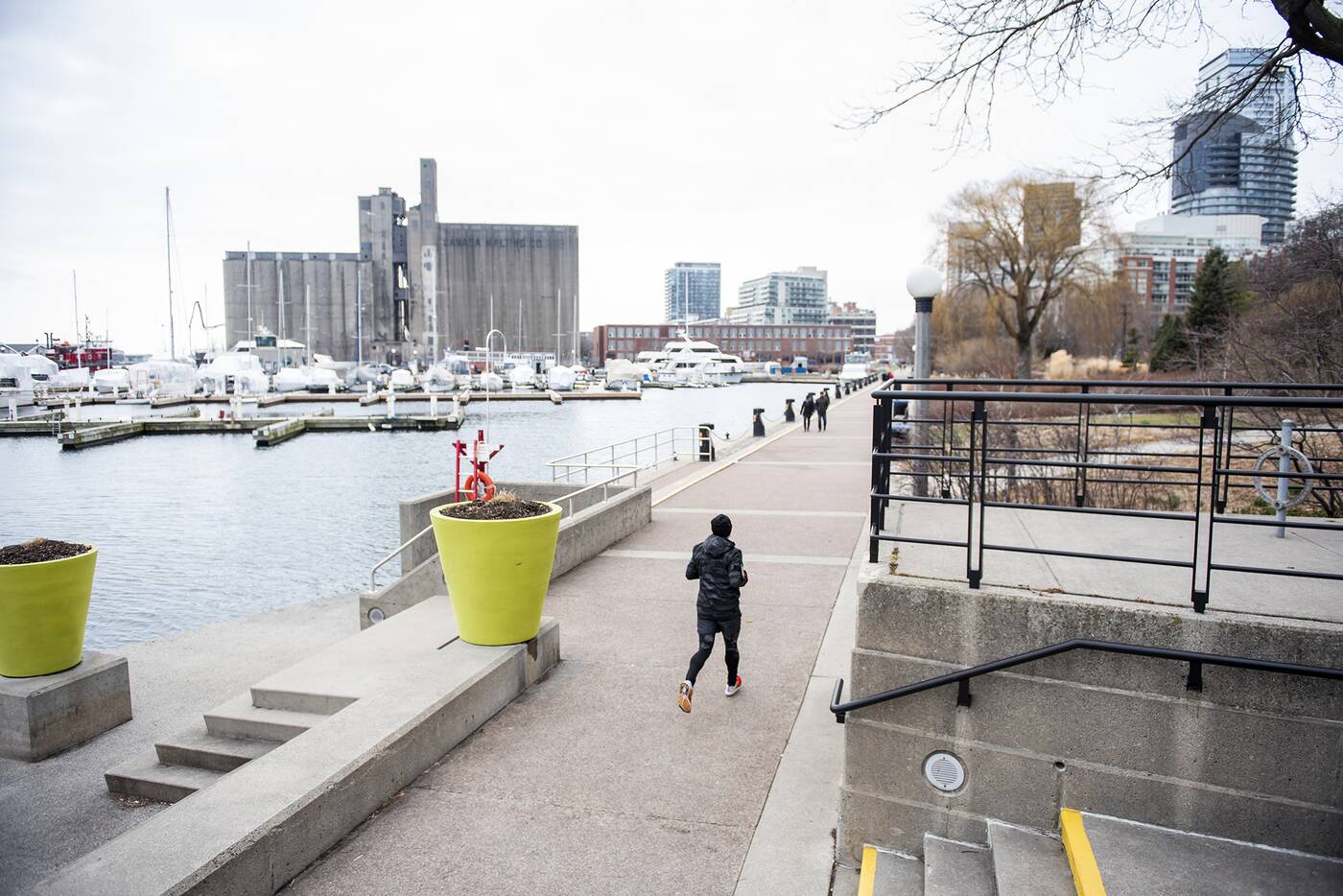 Amidst calls for social distancing, people are still taking to the Martin Goodman Trail and Waterfront Trail along the water to remedy being cooped up in their homes. 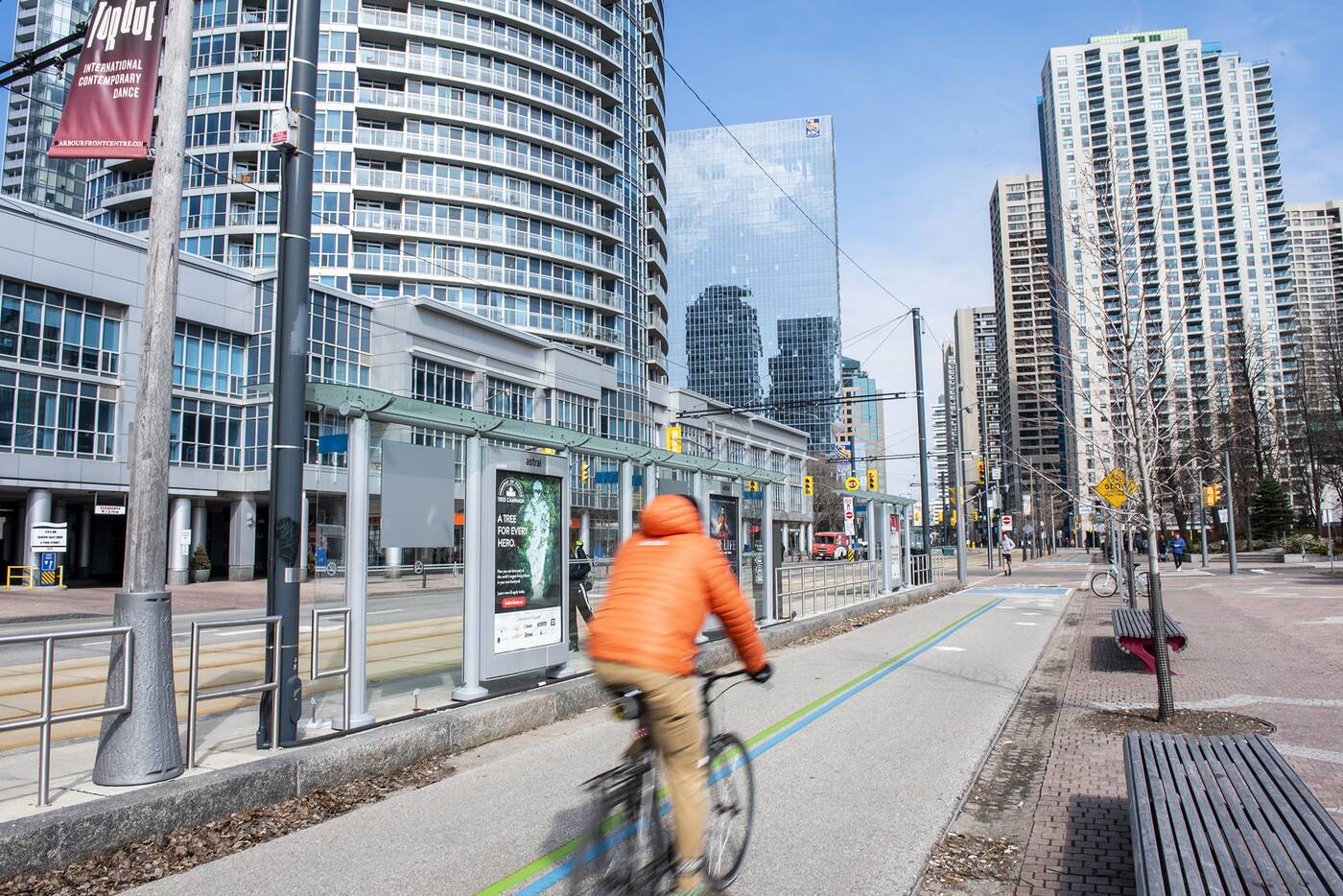 The stretch of the waterfront between Queens Quay and York is seeing some foot traffic, though people generally appear to be obeying the two-metre-distance rule. 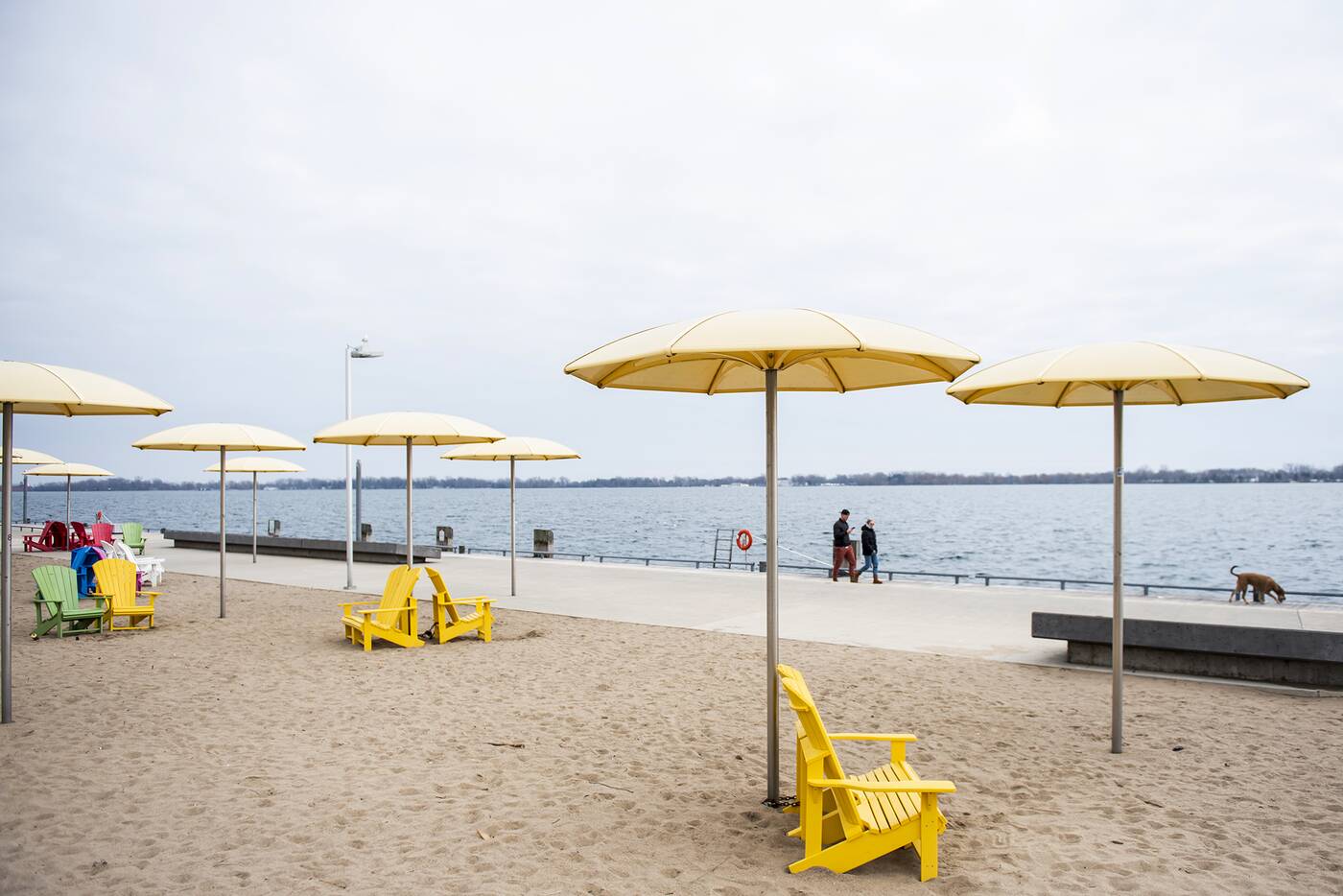 It's not quite warm enough to sprawl out on beach chairs just yet, so the sandy patches of HTO Park are still generally unfrequented. 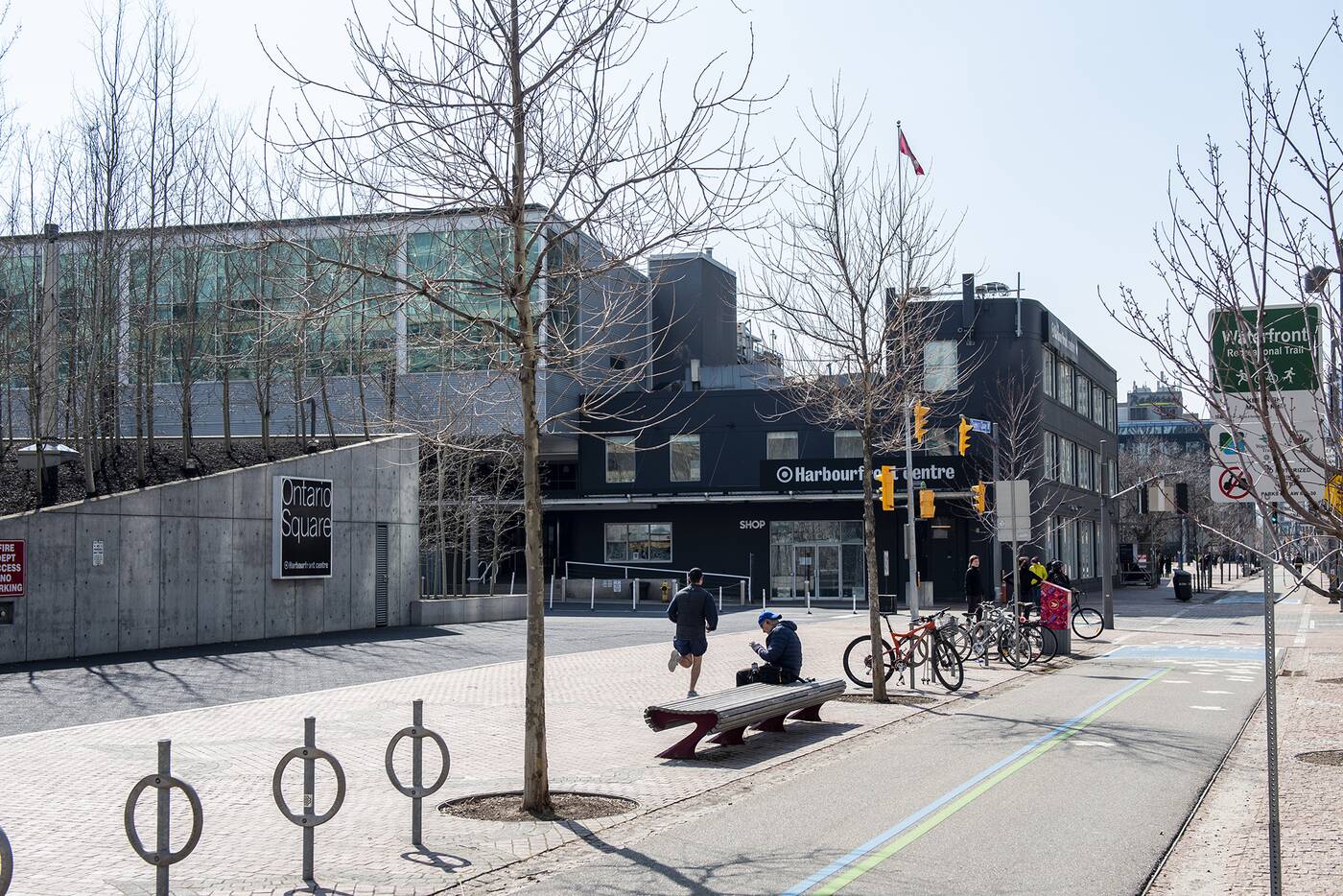 The Harbourfront Centre remains temporarily closed until April 5, at least, but people are still taking to the water's edge around the Natrel Rink for views south across the lake. 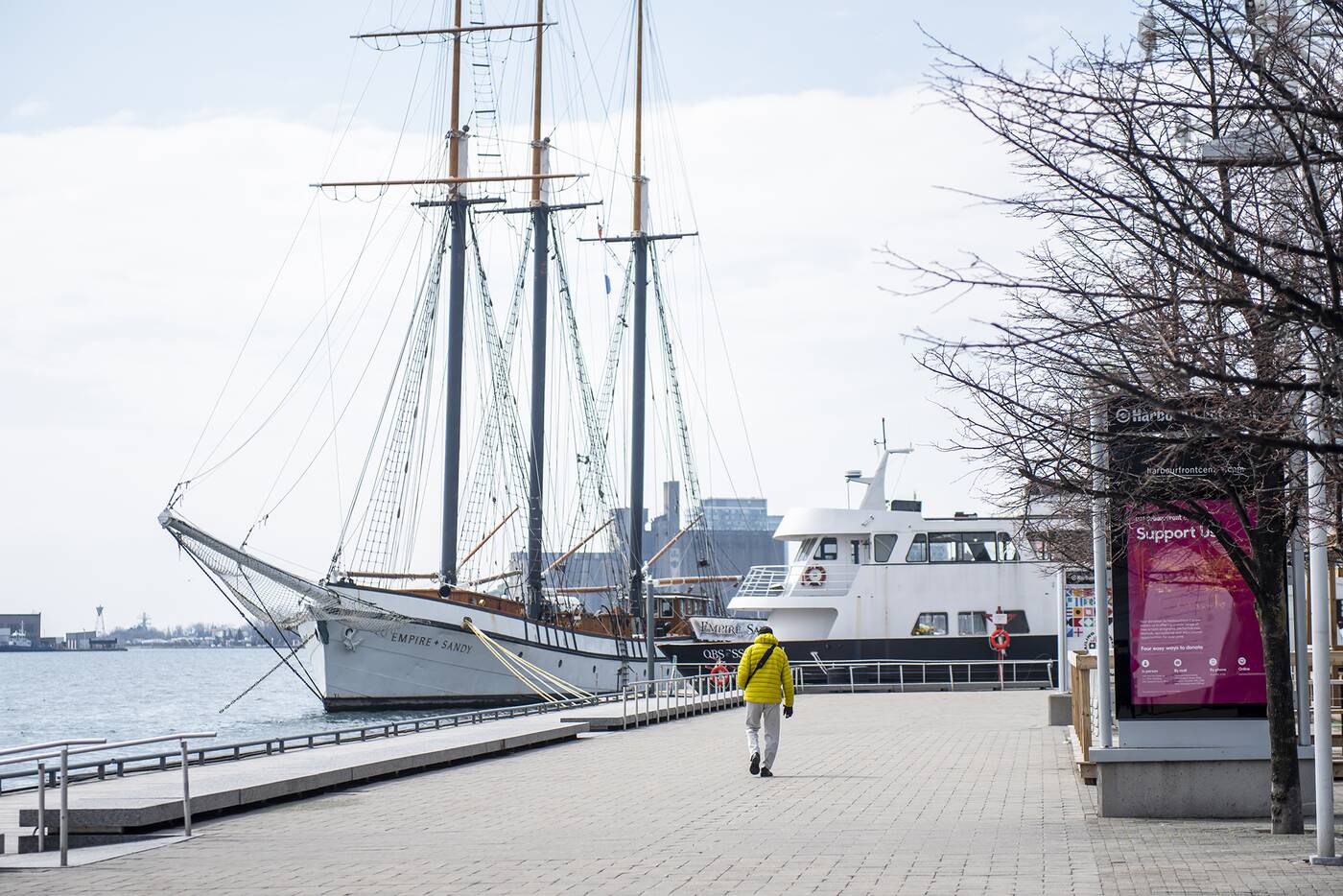 Same goes for the Power Plant, which closed its doors in March 17 and has cancelled all programming for the foreseeable future. 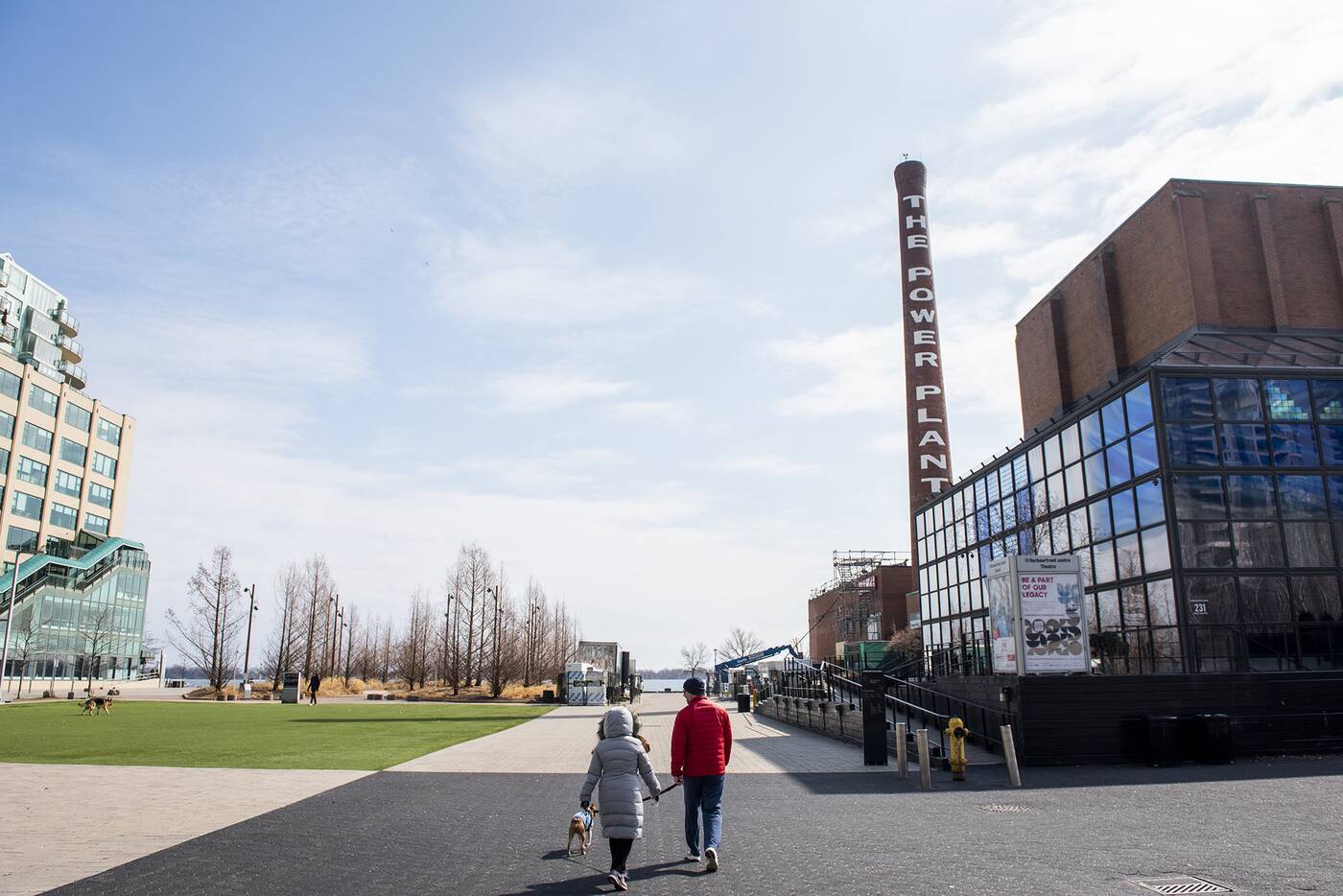